Shooting the Mafia is a documentary, like none other I have ever watched. It so successfully blurs the line between reality and storytelling that it often feels like a narrative feature. But the sad truth is that everything it relates did actually happen, and a whole country suffered just as much as the few people captured in this picture, and thousands more did in the shadows.

Letizia Battaglia’s beautiful message is that you can’t always fight violence with violence, for sometimes, a camera suffices, she learned that at the age of 40, and now many years later, she shares it with the world through a gorgeous, melancholic and hopeful film.

Shooting the Mafia opens with a scene of Letizia Battaglia, revered photographer, and politician, talking about how photography both defined and saved her life, how passionate she is about it and what her work means for her. And then we learn about how her life, and the miserable childhood she endured.

Born in a world of norms and prejudice, she conformed for years and consented to sexism, poverty and the misery they brought her. At the first chance she got, she married a boy and ran off with him only to realize that young love rarely lasts, and to face the fact that she was alone in the world and that she has to deal with it.

Throughout this opening arc of Letizia’s story, the Mafia’s presence is felt but not to the perilous degree it’ll get to later on. Alone in the world, she starts a job as a journalist for a local paper but soon switches to photography. Photography for her is the absolute means of expression, a portal to the soul and a way to make a change. 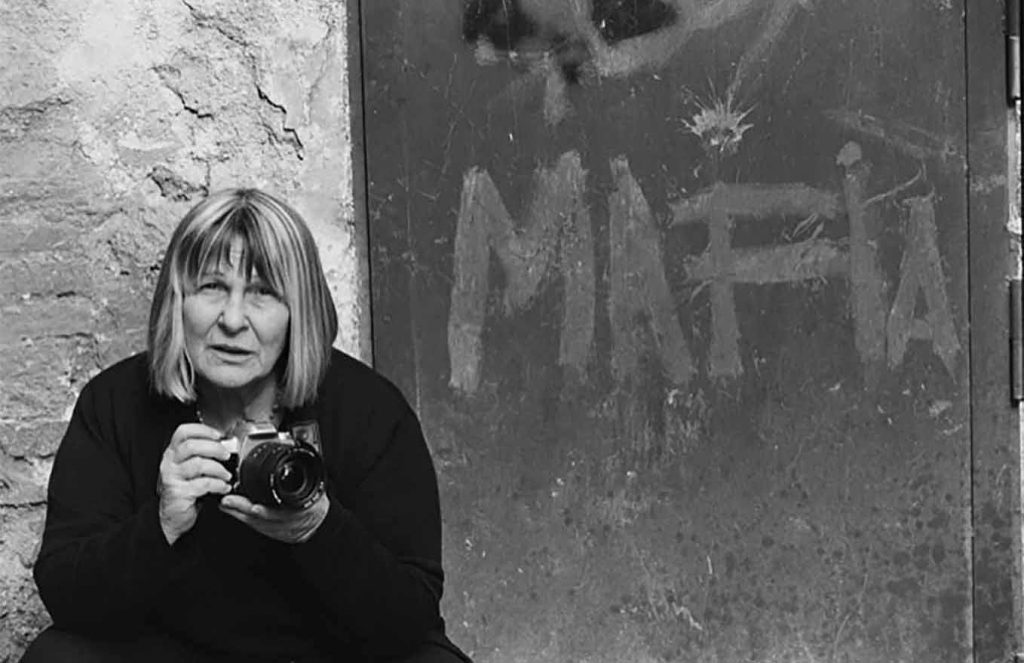 The change that needed to be made back then concerned the Mafia, this giant towering evil that controlled a whole nation’s fate, manipulated the big matters just as wickedly as the small ones and faced its opponents with ruthlessness and murder. After witnessing her first murder, she switches from portraiture and street photography to documenting the cruel acts of the Italian organized crime and displaying them for the public to see, putting herself and her close ones in grave danger.

As the Mafia’s power grew, so did its wickedness, and it went after the big names that opposed it. Giovanni Falcone was assassinated. The one person who dared stand up to the corruption that was eating away at the Italian government was brutally murdered and the people quietly mourned him in great masses, but two months later, there was to be another heartless murder.

Paolo Borsellino, a friend of Falcone’s, and another brave warrior of society was killed, and then the nation revolted. The silent millions shouted at once, and action was immediately taken. The big bosses of the mafia were captured, and while they pitifully pleaded innocence, the people shouted and demanded their death.

The lengthy melancholic state of Italy was set to change, it seemed, and hope shined again. The film captures this welcome change by again switching to Letizia’s passionate talks about her past lovers and friends, and her love for the art of photography. And while at the end she declares that she is in no way afraid of the end, of death, so does a brighter nation.

Shooting the Mafia captures both sorrow and hope, both the past and the future, and both abuse and defiance. It is beautiful, warm, heartbreaking and real, it explores the depths of human misery, of human passion and evil corruption, but ends on a note that couldn’t have been brighter and more hopeful.

The Hole in the Ground [2019] Review: Squandered Potential