An idea for a film should be the skeleton upon which the flesh, organs, and skin are attached to create an absolutely organic narrative. The idea must never be the blood without which the film would cease to exist. It is important for a film to be built around an idea without getting overwhelmed by it. Parallax’s idea is potent, and Michael Bachochin attempts with all his might to render the film with a philosophical identity of its own. But in his effort to not convert the film into a self-expository narrative, he holds back a lot of information that makes the film disengaging in parts. He ends up providing two distinct identities to the two halves of the feature and stretches his audience through a film that is neither fully contemplative nor a fast-paced thriller with no time to breathe.

It is evident that Michael wants to contribute something worth remembering to the science fiction genre. His attempt to hide crucial plot points in plain sight is so crude that it gets exposed by the time film reaches the junction of its two halves. The first half becomes a psychological drama concerned with exploring the challenges of mental health and the second half becomes a science fiction mystery thriller that belongs to the same world as Satoshi Kon‘s masterpiece Paprika (2006) and Christopher Nolan’s Inception (2010). I will not downplay the film for having coinciding similarities with any of the aforementioned films.

There is no lack of originality even when the core is something that has been explored in cinema before. But the problem lies in the filmmaker’s denial to lay bare the motives with which Parallax’s characters are engaging in their actions. A loop is a loop only when it has a closure. Otherwise, it is nothing more than an ox-bow curve. Parallax is an ox-bow curve that slopes up, reaches its zenith, and declines, pushing the interest of the audience completely out of the film. 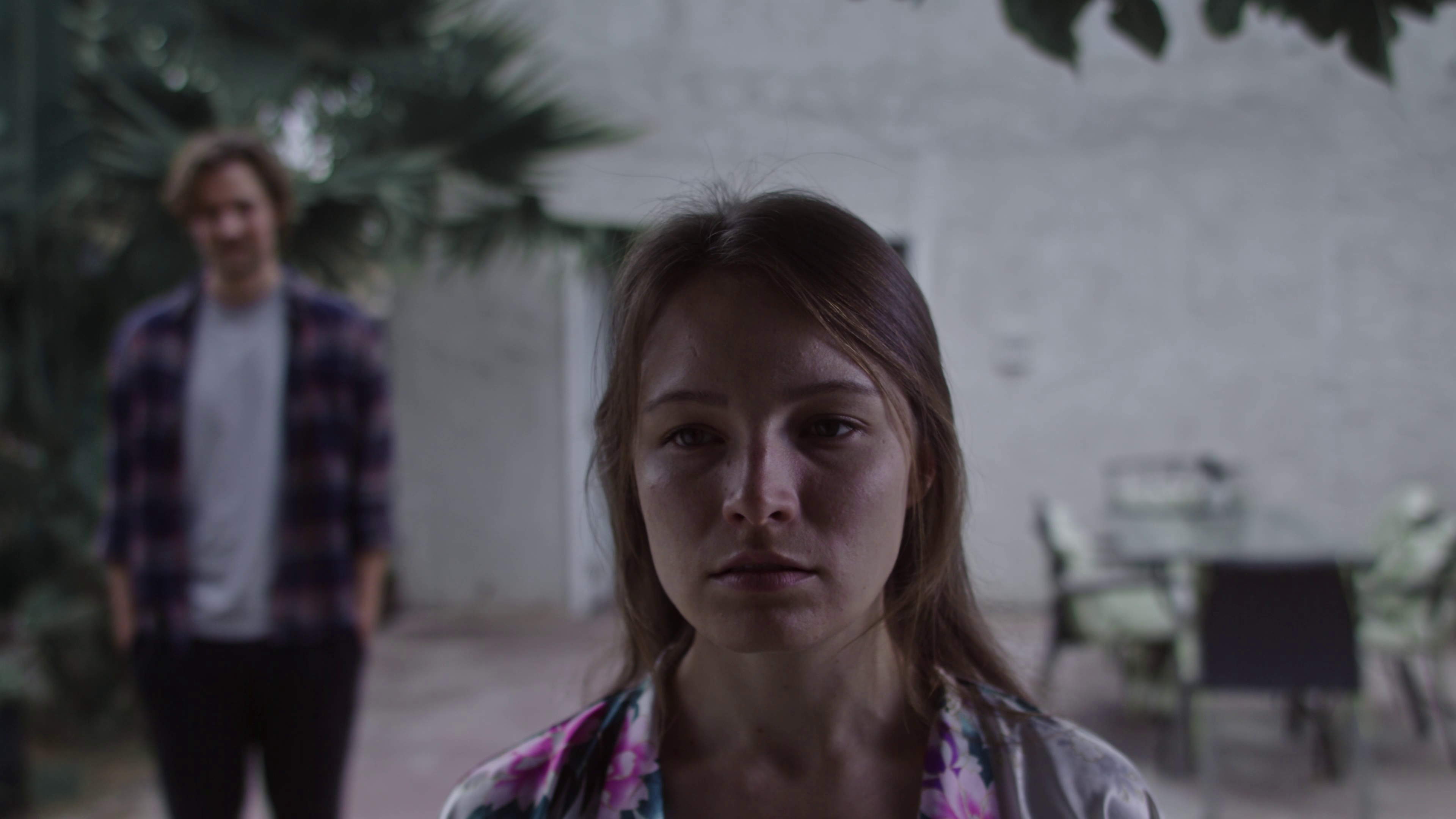 The technicalities are sound. I wonder if this would have looked better in an aspect ratio of 1:1 because actors occupy many frames in a strange way. The rule of thirds in extreme close-up shots creates discomfort as it is slightly overdone. Symmetry would have been conventionally soft to the senses and hence, you can term the cinematography as a quasi-experiment. Only important humans and characters can be seen onscreen and the atmosphere remains mostly quiet.

There was a massive room for experimental editing that has not been exploited because Michael’s focus was to make the film more meditative than perplexing. Actors Naomi Prentice and Nelson Ritthaler work convincingly, especially the latter. Naomi plays the protagonist of the film and claims the maximum screentime. She works wonderfully in some portions while in some portions, she appears to be going overboard with her portrayal. Her performance is debatable because while I appreciate her devotion a lot, it doesn’t come without its flaws.

Parallax is a film that should be watched, nevertheless, to support the ideas and dedication of independent filmmakers to bring diversity to the genre. It should be watched because it is the debut film of praiseworthy merit. Michael Bachochin can become an interesting voice in cinema in the future to come. He has the quality and a vision that is waiting to reveal its potential.