Home»OTT»Hotstar»Home Sweet Home Alone (2021) Hotstar Review: A Reboot that Came a Cropper to Mark the Demise of the OG Film Franchise
Hotstar/Reviews

The Holiday season is here and so has the swarming-in of the holiday films. With the oncoming of the OTT platforms, now there is a more protracted arena for streaming zillion films from all across the world. While we have lots to pick from, one much anticipated Christmas film of this year was Dan Mazer’s ‘Home Sweet Home Alone’ that was released on the Disney plus Hotstar platform on the 13th of November. Keeping in mind the rich and famous lineage that the film franchise carries along, Home Sweet Home Alone had big shoes to fill for. Unfortunately, not only did it not live up to the expectations but tanked terribly. And how!

When the first film of the celebrated franchise ‘Home Alone’ came out in 1990, it grossed the box office by turning to be the number-one film for 12 consecutive weeks. Awards and laurels started pouring in almost immediately and soon enough, the film had two Academy Award nominations in its kitty. With such a mammothian commercial success, the film had 3 other sequels to it, with a constantly deteriorating fan base. But with the reception of ‘Home Sweet Home Alone’, it’ll be safe to say that the series is done for.

Home Sweet Home Alone is the story of a 10-year-old boy- Max Mercer, who gets left home alone, while his family travels to Tokyo for the Christmas holidays. Simultaneously, there are the McKenzies (Pam and Jeff, wife and husband) who are going through a rough patch in life. The story begins when Max and his mother happen to visit the McKenzie house on an open house sale day, after which the McKenzies find one of their valuable possessions missing. Quite obviously they suspect Max and decide to get it from the Mercers’ house, by hook or by crook. What ensues is a poorly choreographed mimicry of the OG ‘Home Alone’ where Kevin (Macaulay Culkin) had single-handedly tackled the ‘Wet Bandits’ 3 decades ago.

To be honest, I do not tend to compare the sequels with the original films in a normal case scenario but this one has such piping hot semblance that one cannot help but compare the two, and weep at the terrible failure of the latter. Both the films had the exact same storyline- a young boy who got left behind in the house alone and is intruded on by potentially harmful trespassers. But what made ‘Home Sweet Home Alone’ so unlikeable and detestable is its flimsy character arc, no attention to detail, and plain lazy writing. 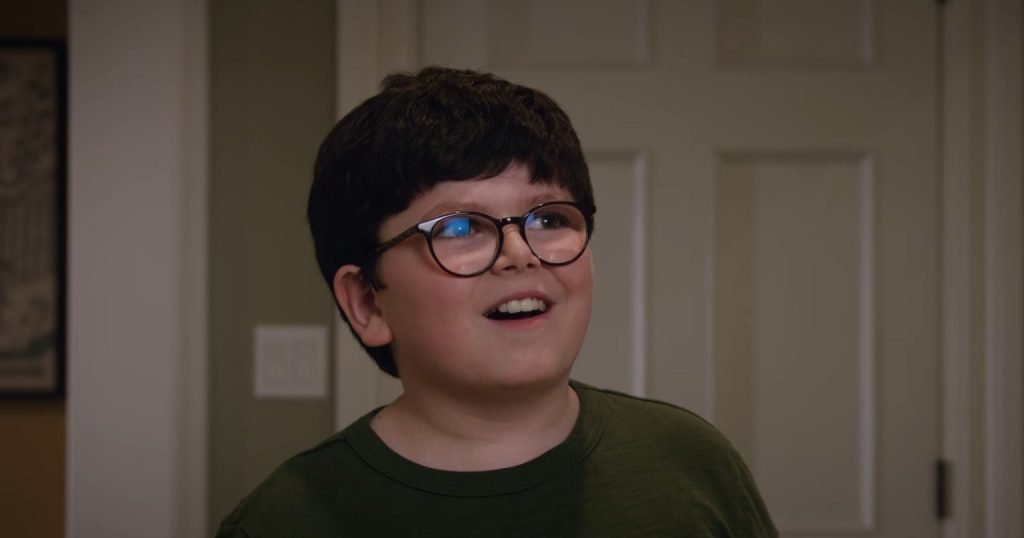 ‘Home Alone’ had a wholesome Christmassy vibe, more character depth, and fully developed secondary characters who got the viewers invested and interested. While ‘Home Sweet Home Alone’ just tried to mimic the original but was awfully unsuccessfully- we had no insights on Max’s families, there was no bond between Max and his cousins’ that the viewers could understand, and he was not even as abhorred as our good old Kevin (in Home Alone) who we felt for deeply. Lastly, aside from Max, McKenzies, and their two relatives, it had no secondary character that we could root for, unlike the cute neighbor kid or the Zodiac killer in ‘Home Alone’.

The absenteeism of weaving the family dynamics loosely gave no room for the viewers to empathize with Max; rather he came out as an entitled rich kid who just couldn’t get along with everyone else. For instance, in Home Alone, Kevin was tossed around by everyone in the house, he was called a ‘jerk’ and a ‘disease’. The writers took their time showing the rich-knit family, the dynamic between the kids, the haphazard atmosphere, and the tragic fate of Kevin. That was a premise bar set too high and the last film could not rise to it. Even in the scene when Kevin realizes his Christmas wish has been granted, the elements used to express his ‘freedom’ were thoughtful, like him watching TV instead of cartoons and basically trying to act like an adult. That part, a very important part, was missing here and that led to a vacuum in Max’s character.

The second loose knot in the narrative is the dynamic between the protagonist and the antagonists. The filmmakers tried so hard to garner warmth and empathy for the antagonists (Jeff and Pam) that all of Max’s tricks fell flat, instead of landing as slapstick comedy punches. While it is alright to give the antagonists characters’ space and a soft spot, the humanizing of their stories in too positive a light only takes away the thunder of the protagonists. And that’s exactly what happened in this case. All of Max’s hilarious ruses and schemes could not generate comedy because the audience saw McKenzie as a sweet and kind couple who just wanted to provide for their family. The last time we saw that happen to the ‘Wet Bandits’, we unconsciously let out a chuckle but this time, it was only a whimper in pain for the McKenzies.

We also feel that the choice of actors, in this case, was a bit inept. As much as, we are huge fans of Archie Yates (as Max) for his incredible performance in Jojo Rabbit, his acting valor and subtle delivery went untapped in this case. He seemed, in no way, comparable to Macaulay Culkin whose character seethed of naivety and childhood innocence. Another wrong pick was Ellie Kemper (as Pam). All the ‘Office US’ fans in the house, can never be comfortable with the idea of Ellie Kemper playing an antagonist cause that’s the lineage she carries. And that definitely impeded this narrative.

Lastly, ‘Home Sweet Home Alone’ did not even have a message- Max is already valued by his family, he is technically not forgotten but his absence is confused because of two flight bookings, and he is also not really affected by his family gone. So, what is the exact learning through the course of the film? The only respite, if I may mention, is seeing the old Buzz McCallister as the police officer who thinks he has been pranked by his brother Kevin, which takes us back to the good old days. All else is just a bungled-up story and a poor rip-off of a classic film.