Among most streaming services that have hit the video-on-demand world in India, Hotstar remains a big competition. Mostly because of its association with Star India – Which is in itself a subsidiary of The Walt Disney Company. And of course, the association with HBO and their entire catalog. Here are 20 Hotstar TV shows that are worth every damn second of your binge-watching experience:

The latest of HBO’s many experiments is the much-talked-about mini-series Chernobyl. Produced with the association of Sky UK, the Chernobyl series currently holds a whopping 9.6 rating on IMDb, with critics all over the world going gaga over how uncompromisingly detailed and telling it is. Based on the explosion at the Chernobyl nuclear power plant in the Union of Soviet Socialist Republics, the show investigates one of the biggest man-made catastrophes of all times from the inside.

The Leftovers Season 1 promises a hook that anyone following the last few films of the MCU would relate with. What follows it however gives some of the most uncompromisingly heartfelt and suspenseful TV Dramas you would ever see. The Leftovers cast includes powerhouse performances from Justin Theroux (Writer – Tropic Thunder), Carrie Coon (Fargo), and Amy Brenneman, the show escalated tenfolds when the story hits personal notes of grief, acceptance, and the power of remembering the sadness. Making it one of the best Hotstar TV series.

The Big Little Lies season 2 has just hit the web and as promised the HBO show has landed all guns blazing. Adding the legendary presence of veteran actor Meryl Streep, the Big Little Lies cast of all woman characters was a big hit back in 2017. The show not only featured some of the best TV performances in the past decade but also carefully deconstructed that even families with rich outlooks have hidden secrets that are often terrifying and downright unbearable. 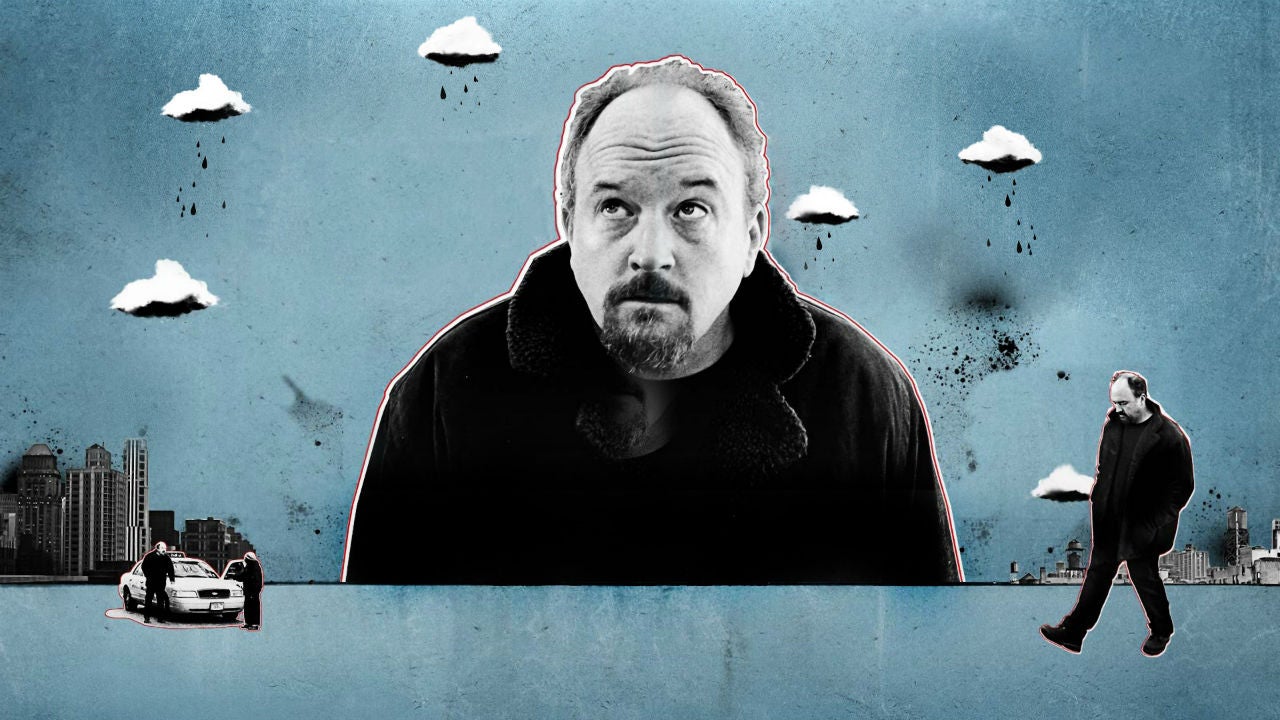 Featuring American comedies Louis C.K taking up multiple roles – He stars, directs, edits, and produces this one, Louie is a show that organically works as a fictional version of himself. Much like the 90’s hit sitcom Seinfeld, the FX show was turned down after 5 brilliant seasons due to the sexual allegations reinstated on him.

Starring Pamela Adlon (Californication fame) as a divorced Hollywood actress trying to fix her life and tackle the lives of her three daughters, this FX show instantly shot Adlon to fame with multiple wins at the Primetime Emmy Award for Outstanding Lead Actress in a Comedy Series in 2017 and 2018. The show has been stated to constantly entertain the audiences with a fresh and often overlooked feminist verve that breaks new grounds now and then.

“The Night Of” is a well-detailed and laboriously slow procedural, which profoundly deals with the pernicious nature of the law & order system. It doesn’t boast any ground-breaking plot or mystery, but the top-shelf actors and impeccable writing turn this into one of the most powerful and distinct mini-series.

Read our review here and Stream it on Hostar here

Possibly the longest-running show on FX and TV history in general, It’s Always Sunny in Philadelphia features a group of 5 friends who run an Irish pub in South Philadelphia. Not only is it laugh-out-loud funny but also features clever insights into taboo topics of various forms. From being called the most ambitious comedy show to being called Seinfeld on crack, simply nothing seems to bring this show to lose interest.

This is Us season 3 amped the drama up with a series of love, hugs, and tears streaming towards intensified moments of great television viewing. Following the lives of two families and their three kids, the show shot to fame when Sterling K. Brown won multiple awards – including a Golden Globe win for his portrayal of Randall. The show has been known to tug everyone’s heartstrings with drama and characters that are often relatable.

Stream Hotstar TV Shows – Watch This is Us Here

Barry Season 2 has already been declared as some of the finest TV aired through the decade. The darkly comical HBO show features Bill Hader as a hitman who travels to Los Angles for his latest mission, only to find himself roped into an acting class. Winner of multiple Emmy awards, the show has smartly overshadowed the anti-hero indulgences with a poignant character study. Looking at recent HBO shows, Barry is definitely of the best TV shows on Hotstar premium.

In HBO’s long-running comedy (the final season aired this year), Julia Louis-Dreyfus stars as Selina Meyer, who finds herself becoming the Vice President of the United States; only to understand that it is is nothing like she hoped. The comedy centers around her and focuses on an occasionally absurd yet bonkers take-down of current political situations. Often cited as one of the greatest shows ever, Louis-Dreyfus’s performance keeps this comedy constantly entertaining.

While being compared with 13 reasons why for the obvious reasons, ‘Euphoria’ comes out as a much of self-aware tragedy that makes the best use of the pop-culture influences. It inherently works as a cautionary tale for the parents yet it doesn’t shape the character-arcs for the sake of shock value. This bold attempt is occasionally over-the-top while also indulging in the chartbuster tracks to even breaking out in musical numbers. But most of it exists for all the right reasons and serves as fuel for this show that speaks about all the current teenage issues from drug-use, sexuality to social media, resulting in anxieties, and the momentary joys that this generation often clings to. It is an unexpectedly nuanced and sensible portrayal where the characters work as an antithesis of everything we’ve been used to seeing being handled in the name of such topics.

It won no Emmys, was dwarfed by The Sopranos in its viewing figures, and every season was a struggle to get recommissioned. A decade ago this spring, The Wire finally ended, after five series. Yet 11 years later, this sweeping look at the city of Baltimore, from its drug dealers to the city’s police department, to its schools and print media, is still consistently cited by critics as one of the greatest TV series ever made.

Vanity Fair called ‘The Sopranos’ the greatest show in television history. Rightfully so, this richly textured story of a New Jersey mob boss undergoing a mental breakdown featured a fantastic turn by the late actor James Gandolfini, the show pays homage to classic gangster films which carving a gangster-cult of its own.

While the later seasons never managed to rise to the exquisite highs of Season 1, True Detective is one of the greatest anthology series ever. While most detective shows focus on the crime at hand, True Detective was always more interested in the psychology of the people pursuing these crimes. With exceptional direction, gorgeous cinematography, and a clear eye for the wisdom of the dream world, True Detective remains in one’s memories for the sheer power of its dialogues alone.

The Hotstar catalog doesn’t have Twin Peaks: The Return streaming for their viewers, but if you like your detective shows with a tinge of surrealistic edges that take the darkest corner of the human soul out of your horrific nightmares then Twin Peaks is exactly your thing. The master of dreams David Lynch has created something that baffles viewers even today. The sheer audacity to scoop you into a time frame continuum and amping up the horror makes for an interesting watch.

The 9 episode mini-series Mrs. America was first aired on FX for Hulu, a sister streaming service of the FX network. Directed by the director duo of Anna Boden and Ryan Fleck, the show chronicles and follows the political movement that was on the forte of American history. The show sees how the formulation and passing of the Equal Rights Amendment act faced an immense backlash that was anchored by Phyllis Schlafly – a conservative activist who denied that the act will be any good for women. Lead by a brilliant ensemble cast with Cate Blanchett at its center, the show captures the complicated stride by Schlafly.

Related to Hotstar TV Shows – Mrs. America [2020] Review – A tale of revolution, with a counter-revolutionary at the center

The undeniable talent of Michaela Coel truly stands out in her new HBO series ‘I May Destroy You.’ Headlining a superb cast, Coel stars as Arabella – a Twitter star turned novelist who is struggling to meet the deadline of her second novel post the fame she got out of her first one – a self-assessing book titled ‘Chronicles of a Fed-Up Millennial.’ Set in London, the show uses dark humor and wit to investigate a pretty serious case of sexual abuse.

Watch/Stream I May Destroy You Here

From director Derek Cianfrance (Blue Valentine & The Place Beyond the Pines) comes an HBO miniseries that has to be one of the best new shows currently streaming on Hotstar premium. Starring Mark Ruffalo as twin brothers Dominick and Thomas Birdsey ‘I Know This Much is True’ is based on Wally Lamb’s acclaimed novel of the same name. The series follows the super-turbulent life of the brothers as Dominick tries to help Thomas with his paranoid schizophrenia episodes.

Watch/Stream I Know this Much is True Here

Silicon Valley serves as a sharp critic of the blooming culture that it replicates. Focused on the life of Richard Hendricks, the show unravels the turbulent life the programmer has to go under when plans to start his own company named Pied Pier. The show is all about the struggles and competitiveness he has to face to keep his company afloat among other entities that are trying to neutralize him. Featuring a cast that exudes its sharp humor, the show has won numerous accolades and is among the funniest shows ever made.

Partially inspired by Ben Sinclair’s own life and mostly p(l)otless, High Maintenance is largely a simulation of the lives of New Yorkers with the common thread of having the same weed deliveryman. Essentially, the show defies conventional storytelling methods by showcasing vignettes (often random) about contemporary life. The whole idea of telling it through a ‘weed guy’ really brings out its central themes of boredom, loneliness, and a dire need for human connection forward.

Based on historian Stephen E. Ambrose’s non-fiction book of the same name, Band of Brothers follows the history of ‘Easy’ Company, 2nd Battalion, 506th Parachute Infantry Regiment of the 101st Airborne Division from their training to their participation in World War II. Formulating a structure of fact and fiction where the reel and real are presented along with one another, this is one of the most gritty, realistic, and hands-on depictions of War and its aftermaths.

It is exactly what the compilation above states. It is all style, all girls, all parties and all the money. Set in the center of Hollywood, Entourage follows the lavish life and career of fiction actor Vincent Chase and his childhood friends who play an instrumental part in his life. Misogynistic, veil, and extremely edgy to the core, Entourage still comes out as a constantly watchable comedy about friendship. It also helps that Jeremy Piven as Ari Gold – Vince’s manager is so fuckin’ good.

Depicting the life of the Fisher Family who run and live in a funeral home in Los Angeles, Six Feet Under conjures up excellent characters and drama around interpersonal relationships and the show’s central theme of death. Lauded for its excellent writing, the show touches other themes like religion, dysfunctionality, and love all with an exceptional darkly comical and surreal edge.

Get Hotstar Premium to enjoy all these shows.