The 10 Best Movies Based on TV Shows.

While compiling the list of the best movies based on TV shows, I came across many interesting findings. There are those within the film/television aficionado community who believe that television is slowly supplanting cinema as the go-to medium of filmed storytelling. When you look at a nightly television schedule, it’s frankly hard to demonstrably disagree. Add the original programming produced by the likes of Netflix and Amazon, and the argument begins to carry even more water.

You may have even noticed that a slew of cinematic artists are transitioning to television. Steven Soderbergh’s name has been attached to several shows. David Fincher directed the pilot for “House of Cards,” and Martin Scorsese did the same for “Boardwalk Empire.” And Barry Jenkins, who *just* won the Academy Award for Best Picture, announced that his follow-up would be a miniseries. Such a move would have been perceived bewilderingly only 10-15 years ago.

This transition, among a host of other factors, has led to many film/television critics bemoan the death of cinema. In my opinion, these obituaries are wildly overstated. I can still usually find 15-20 truly worthwhile films every year. Granted, those 15-20 films are crowded out by a flurry of mediocrity and garbage, but Hollywood has *always* produced mediocrity and garbage. The 40s and the 70s, often viewed as peak decades for cinema, also offered their swath of mediocrity and garbage; we just don’t remember it.

And when people say that the rise of television may signal the death of signal, they forget one crucial point: the two have had a mutually beneficial relationship throughout their history. Some of the greatest shows are based off amazing films (think “M*A*S*H”). The vice-versa is true as well. Here are the ten best movies based off of classic tv shows. 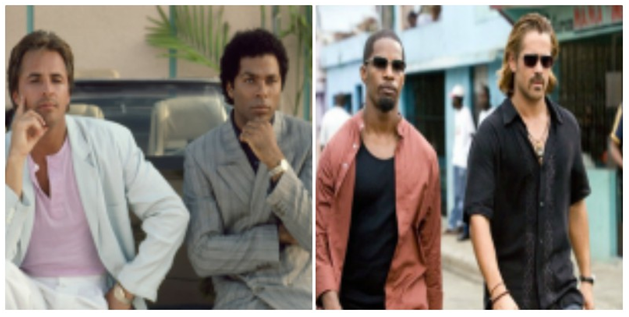 In the hands of lesser filmmakers, it’s easy to see how a cinematic adaptation of the corny 1980s detective show could have gone, um, awry. Michael Mann is not a lesser filmmaker. Mann brought his steely, atmospheric aesthetic to this cop drama starring Colin Farrell and Jamie Foxx. While this shouldn’t be confused for one of Mann’s best efforts–the guy directed “Heat,” for crying out loud–”Vice” is a compelling, sexy thriller that is much better than it has any right to be. 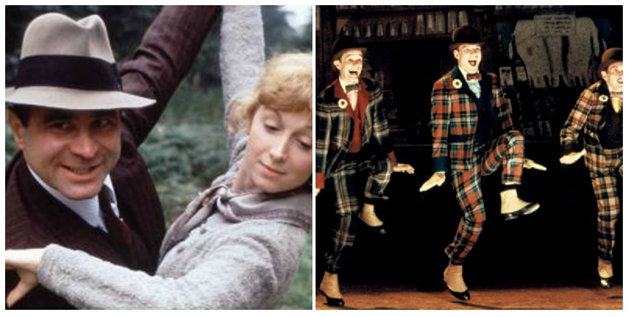 The source material for this 1981 musical was only a miniseries, not a weekly serial. But if you ever take the time to seek out this lavish and emotional spectacle, you will understand why I made room for it. In his first dramatic role, Steve Martin excels as a down-on-his-luck music store employee who goes through life by reimagining real life scenarios as musical sequences. It’s undoubtedly a little cheesy–many musicals are–but the production values and charming performances make this a worthwhile escape. 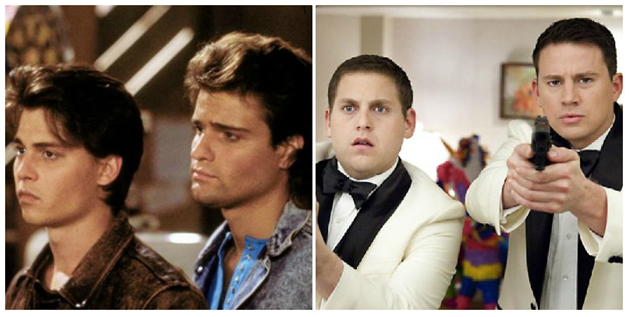 Is this 2012 adaptation of the hit TV show “21 Jump Street” a cinematic landmark on the scale of “Persona?” Of course not. Is it one of the most uproarious studio comedies in recent memory? Of course it is. Channing Tatum remade his image as a seemingly effortless charmer in this refreshingly self-aware buddy cop comedy that spoofs high school comedies and the show it was based on. Tatum isn’t the only guffaw-worthy actor here; his chemistry with co-star Jonah Hill is endearing. “Jump” could have easily been just another bromantic comedy, but the filmmakers subvert our expectations with a series of clever references. The filmmakers subverted our expectations even more by doing the unusual: making a sequel, “22 Jump Street,” that’s even better. 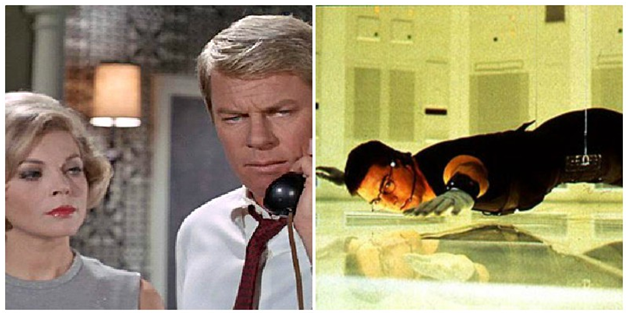 I must say that I find it surprising that Tom Cruise is still able to effectively open action movies (“The Mummy” aside). I truly figured the whole “jumping on the couch” thing was going to kill his career, but hey, Mel Gibson has *far* worse transgressions, and he just got nominated for Best Director. It’s possible that Cruise still has an action career for a key reason: he’s got an impressive track record. “Mission: Impossible,” the 1996 adaptation of the classic 1960’s show, is one of Cruise’s most thrilling vehicles. It doesn’t hurt that genre film master Brian De Palma is at the helm. The plot doesn’t always add up, and it’s hardly an acting showcase. But this mission, if you choose to accept it, is filled to the brim with suspense and jaw-dropping action. 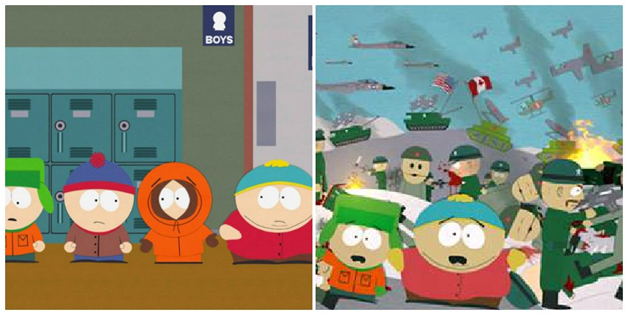 I know saying this could jeopardize my status as a pop culture junkie, but here it goes: I’ve always felt the show “South Park” to be somewhat overrated. Not bad, but overrated. It’s one of those shows to me that feels like you’ve seen one episode, you’ve seen them all. And I was worried that the movie would be little more than an extended episode. Thanks to subversive and hilarious musical sequences, the “South Park” movie feels like an actual attempt at doing something new, and doing it effectively. Sure, many of the show’s conventions and themes are carried over, but creators Matt Stone and Trey Parker had a bigger vision and executed it brilliantly. 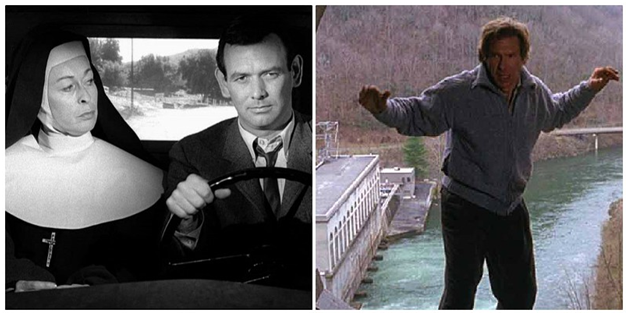 Harrison Ford is clearly most well-known for the “Indiana Jones” and “Star Wars” franchises. Most actors dream to have just one such franchise on their resume. And yet with Ford, he has an impressive resume even beyond his legendary George Lucas collaborations. One of his best starring vehicles is the 1993 adaptation of the classic ABC show “The Fugitive.” Ford plays an escaped, wrongly convicted doctor on a mission to uncover the truth about who actually killed his wife. This is one of those genre pictures that may not necessarily stray too far from the genre conventions, but effectively embraces what it is at heart: a thrill-by-the-minute film with exhilarating action sequences and sharp dialogue. 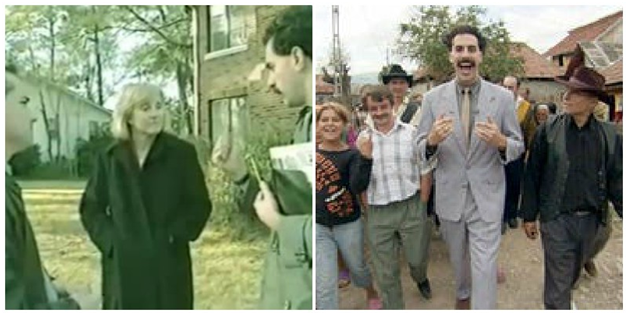 This is somewhat of a stretch, given that Borat was just one character within Sacha Baron Cohen’s genius sketch comedy show, “Da Ali G Show.” And yes, frat bros who quote this movie at every opportunity while not fully understanding who it’s mocking have slightly marred its reputation. But there’s a reason it’s quoted incessantly more than ten years later: it’s hilarious. In fact, it’s a worthy competitor for the funniest movie of its decade. Cohen is a master of the humour cum cringe tradition in a way that would even make the likes of Larry David envious. And below the surface of naked wrestling and bagged faecal matter, this is a subversive examination of casual bigotry and open ignorance. Cohen brilliantly uses his ludicrously over-the-top prejudiced character to expose the repressed hostility of many of his subjects. And again, naked wrestling. 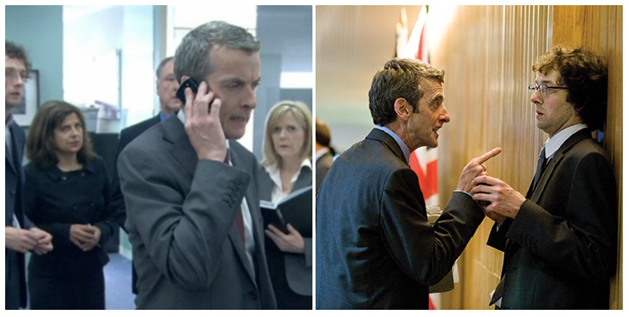 When it comes to the genre of political satire, it’s in my opinion that “Dr. Strangelove” will never be topped. It’s as close to comedic cinema perfection as one can achieve. That said, “In the Loop” is a worthy runner-up. Based on the BBC show “The Thick of It,” “Loop” is a vulgar, whip-smart look at British and American bureaucrats under immense pressure to justify a pending war that may not really need to be fought. This isn’t a comedy that depends on sight gags or shock value. If, however, you like your comedies with replete with awful people throwing around the cleverest insults you’ve ever heard in your life, you belong in the loop. 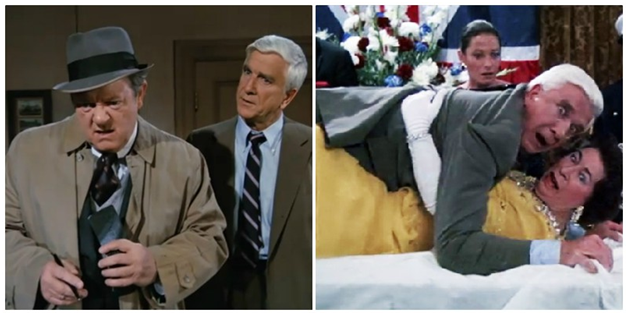 Is there any actor in film history who mastered the art of deadpan acting better than Leslie Nielsen? The TV show this 1988 comedy is based on is largely forgotten. Once you watch the movie, however, you will find it nearly impossible to forget some of the ingenious comedic set pieces. “Gun” was written and directed by the Zucker brothers, the men responsible for “Airplane!” And like “Airplane,” there’s no underlying political/moral message; no symbolism. It’s simply a runaway train of brilliant sight gags and irony. 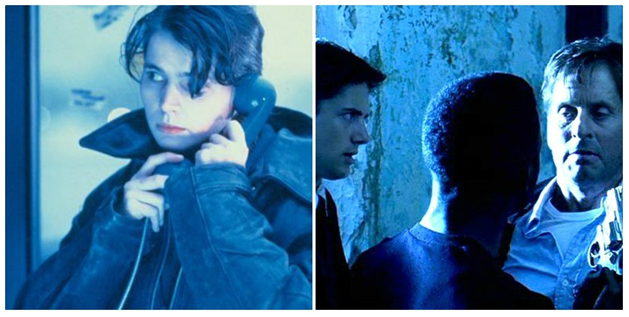 Like “Pennies from Heaven,” this was not a full-fledged television series; only a miniseries. But I will take any opportunity to highlight this mostly forgotten 2000 masterpiece. It’s a shame that history has left it in the dust because 17 years later it still feels startlingly relevant. Steven Soderbergh’s muscular mosaic about a bevvy of people impacted by the drug war is focused, intelligent, and incredibly well-acted. Soderbergh–who also acted as his own director of photography–boldly juggles multiple storylines, actors, and visual styles to paint a bleak picture of an unwinnable war, and the detrimental impacts on the willing and unwilling participants. Let us know in comments about what are the best movies based on the TV shows.

Sam Joseph is a film/television aficionado because aficionado sounds better than an addict. You can find most of his musings at hdtv professor.