“Even in pleasure, there is some kind of pain, some self-loathing in the self-satisfaction.”

If we leave aside our obstinate moral compass and plethora of graphical sexual content the show has to offer, Californication is essentially a romantic drama under its titillating florid surface of debauchery, nudity, sex, and swearing. It’s all mirage, the carnal humour-on acid, boozy pathos, and soft porn touch to it. And the mirage is stronger one. Because if you dig in, our protagonist Hank Moody, as Becca sarcastically calls him “poor man’s Bukowski”, is not only going through the external struggles; writer’s block, drinking problem, and drug abuse, but the cocktail of all these factors supplemented with his realization of desperate love for his ex(Karen), and that resulted in self-destructive behavior.

“It is possible that longing for something is better than actually having it.” This could be one of the possible reasons that the much needed emotional thrust to the series comes from the longing of Hank for Karen through all the seven Seasons. No matter how many women he sleeps with, the only one who can truly twitch his heart is Karen. Her absence in Hank’s life can cast a shadow of insurmountable somberness. 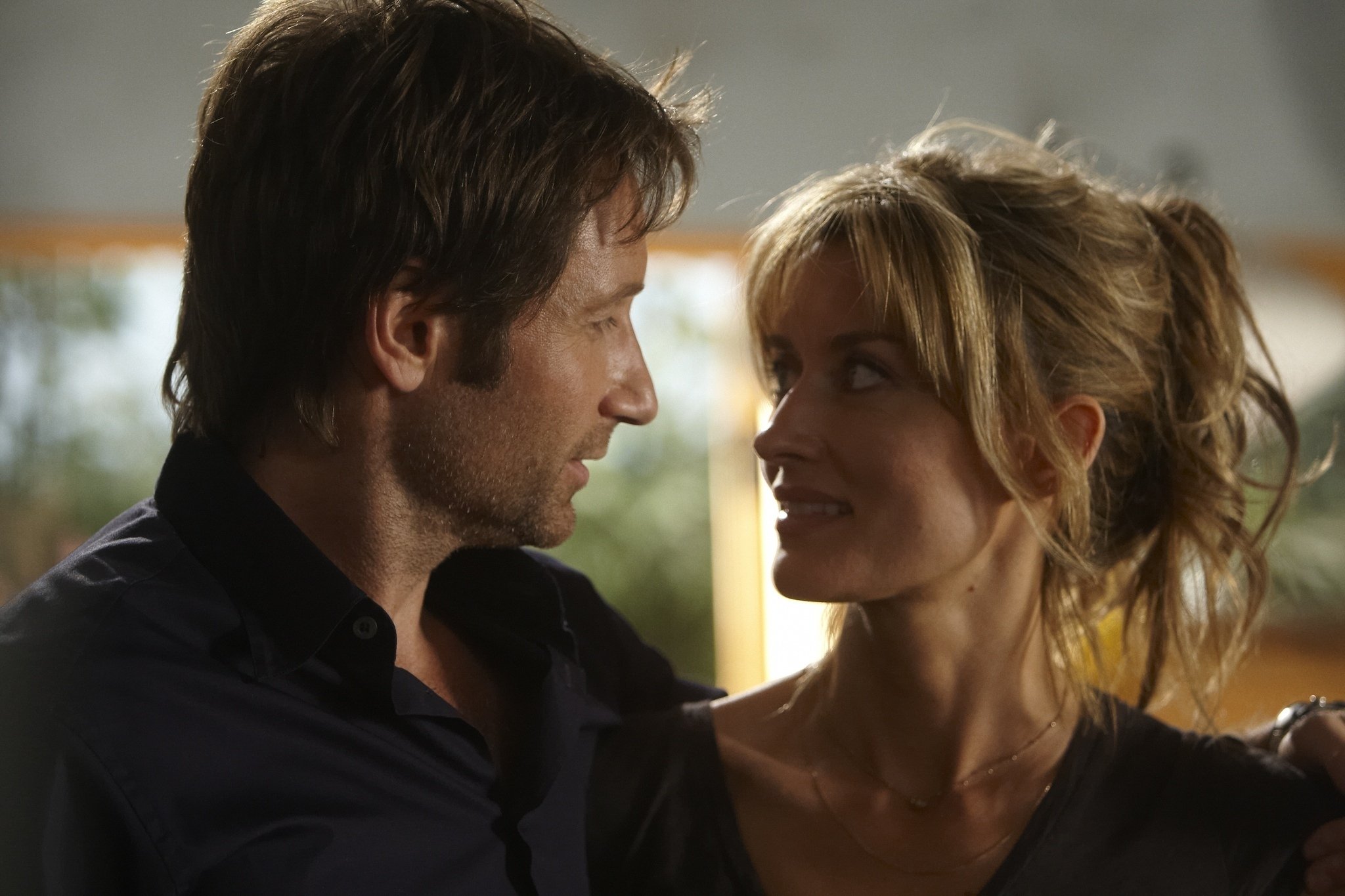 Hank is a loveable loser who likes drinking, drugs, and pussies. But in Hanks’ word,” No amount of top-shelf pussy can compete with the love of a good woman.” Hank Moody might not go down in TV history as one of the greatest characters, but he would surely go down on your sister. He is arrogant, childish, cocky, his “do not give a fuck” brash attitude is explicitly designed to pick fights. He is an asshole, and why he should not be, he says what’s on everybody’s mind, quite honestly.

But at the end of the day, he is so much in love with Karen. In his words, “At the end of the day, it’s all about her. It’s always been about her.” When Atticus Fetch asks him that the woman he loves is out there and he knows he can’t have her. How does he even get up in the morning? He sincerely replies back that everything that he writes is either for her or about her. So he is with her, even when he is not.

Hank is a charming gentleman, who has his way with words. He has a big heart, bigger than his dick that he can’t keep in his pants. Hank is a kind of a character that many men would argue of its existence in the real world. Thought this doubt is the result of their envious feelings. Hank Moody carries elitist attitude when it comes to novels vs films & language in itself. In one of the radio interviews, he goes berserk criticising the modern language;

” Instead of talking, they text, no punctuation, no grammar: LOL this and LMFAO that. You know, it just seems to me it’s just a bunch of stupid people pseudo-communicating with a bunch of other stupid people at a proto-language that resembles more what cavemen used to speak than the King’s English.”

He is an old-school guy. Still works on a typewriter, listens to classic rock, especially Warren Zevon; Every time he finishes a book, he indulges himself in “Whiskey, weed and Warren Zevon”.  Often complains to Becca about things wrong with the younger generation, modern TV, movies or music. 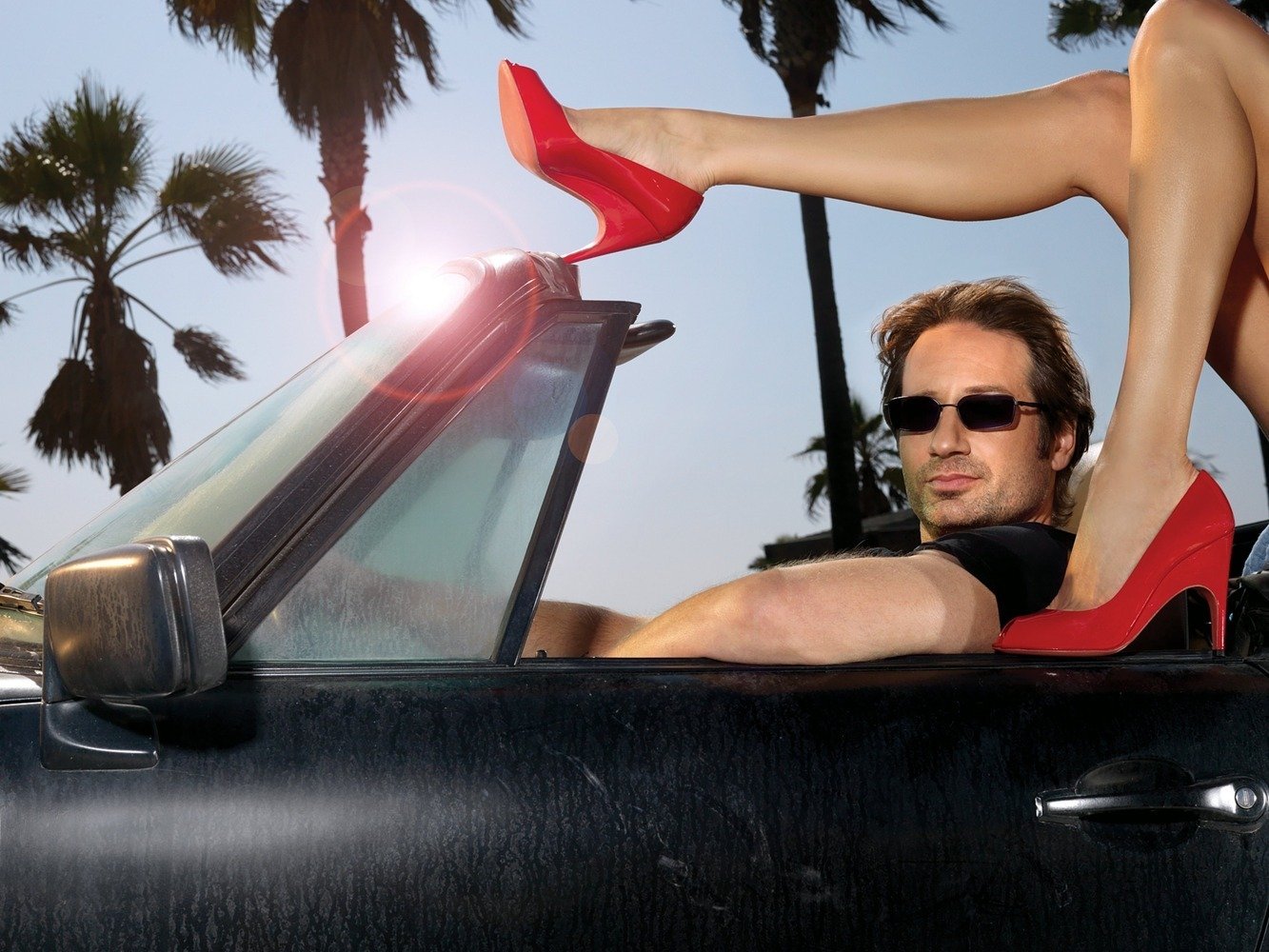 Is Hank Moody a flawed character? Could be. Is Californication a flawless series, definitely no. Last two seasons stink like a strong fishy odour of a vagina after hogging on cheese and some beer. But then, it is a vagina, and you anyway love it.

What I love about Californication is that I often have a hard time knowing how to feel about Hank Moody. On one hand, he’s the anti-hero. Far from perfect and often the victim of his own crimes, there’s a part of me that wants to see him get what he has coming to him, especially when his actions hurt Becca and Karen. And on the other hand, we see his constant desire to claim the happily-ever-after future he wants to have with Becca and Karen if only he could stop putting himself in such compromising situations. It’s easy to identify with Karen and Becca in the way they see Hank. They love him for all of the reasons we do. He’s carefree, talented, intelligent and irresistibly charming and despite all of the screw-ups and screwing-around, they still want him in their lives. But neither are pushovers, easily willing to look past Hank’s indiscretions and that’s what makes them such great characters. They’re Hank’s challenge as well as his reward.

The beauty of “Californication” is that there’s nothing mopey about it. Hank Moody doesn’t cry into the phone or take long walks on the beach. He does not obsessively chase her like Evelyn Draper. He is an old-school guy for whom Karen is not an option. He is calm and playful, avoids confrontation. His lot in life produces in him this urge to engage in the art of debasing. No wonder Duchovny came back for this role. It calls for him to be jaded and snarky and searingly flippant in the face of his own unravelling. 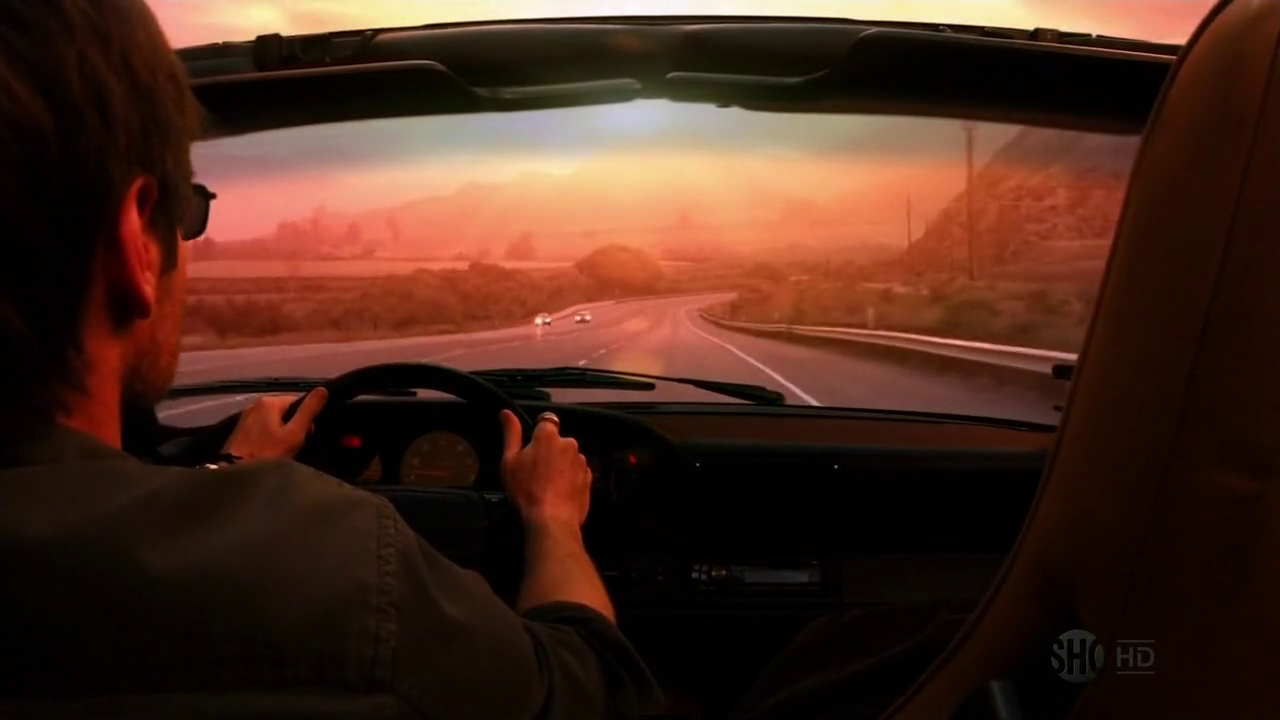 Cinema and the Art of Life

Hannibal: The Greatest Love Story Ever