They say a picture is worth a thousand words. Studio Ghibli’s animation puts two and two together and concludes that a picture can tell a story in just one or two words. Studio Ghibli has been around for over 30 years and is one of the most iconic animation studios in Japan. The studio was founded by directors Hayao Miyazaki and Isao Takahata, with Toshio Suzuki also playing a key role. Studio Ghibli’s movies have earned them worldwide acclaim as well as adoration from fans spanning across the globe.

The art style of the studio is unique, focusing on the precision of brush strokes to create realistic but whimsical scenes. Water droplets cover leaves like dewdrops; flames dance through the smoke rising from an extinguished candle; rain pours down onto upturned faces; smoke curls appear sinuous like hair. Who says that detailed illustrations are only for adults? The stories depicted in these animations are especially suitable for children because they use simple dialogue devoid of complicated verses and put more emphasis on visual imagery. Kids’ movies often get criticized for having bland plots, but I believe that it’s just a matter of perspective. Not all kids’ movies have to be entertaining in order for them to have value. Kids can easily grasp the general idea of the story, and what matters more is that they’re being exposed to ideas from an early age through these pictures and stories.

It is perhaps the environment in which we grew up and spent our childhoods that influences us most profoundly, especially when we were under ten years of age; thus, we tend to associate ourselves heavily with certain cultural events or artists. Certain things might appear ordinary at first glance but leave a strong impression on you during this formative period. The same happens with Studio Ghibli’s animations: such simple narratives give children a lasting impression of the world and themselves.

The misconception that animation is for children stems mainly from its association with Disney, an opinion that will probably continue to be held by many people who have not watched any other form of animation. The art style of Ghibli also differs greatly from Disney’s: while their protagonists are beautiful and well-designed, they have no perfect features or expressions; instead, there are slight blemishes in every character, making them appear more humanized. As a result, it becomes easier to relate to them without being shocked by sudden transformations between laughter and tears of happiness and anger. 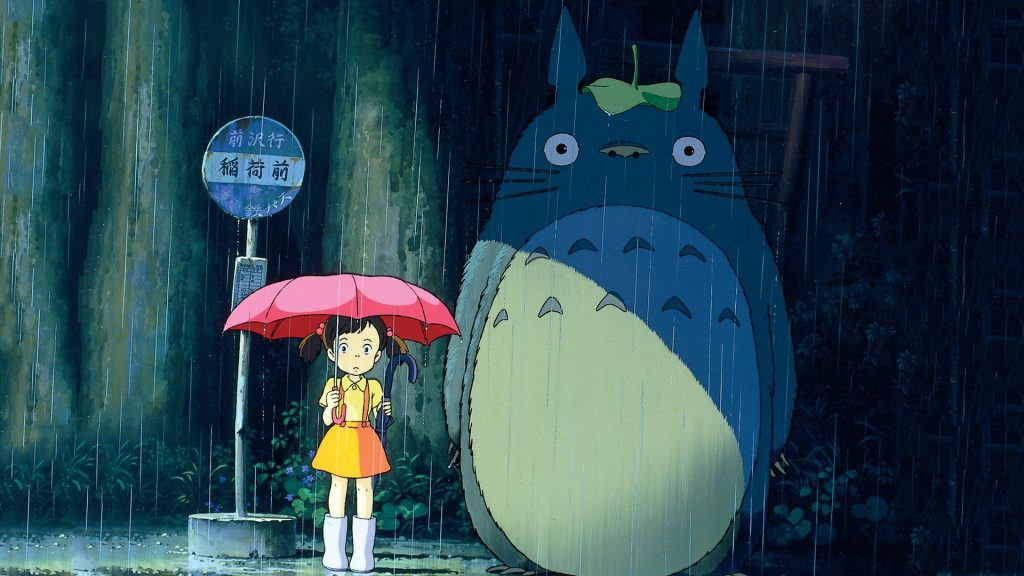 In short, Ghibli’s animation may be for children, but it is not ‘just’ for children. The stories and characters leave a deep impression on you as you watch them over and over again, from the age of twelve to twenty-seven or more. When I was watching Ponyo (2008), I remembered that feeling of anxiousness at bedtime but also the excitement I felt when walking through familiar streets in Hong Kong with my family during summer vacations. In fact, most people will find themselves reliving memories from their formative years rekindled by Studio Ghibli.

Studio Ghibli’s movies are about kids who do kid things. The kids in these movies are at the height of their imaginations; they’re precocious and carefree, innocent but mischievous. Like most children, their biggest concerns include bullying, peer pressure, and new school environments while some only focus on family conflicts or interpersonal relationships. They also possess that childlike quality of having no inhibitions when it comes to expressing themselves – whether it be through tears or laughter.

Due to their age, these children blurt out things without thinking about the consequences which adults would find embarrassing to say out loud for fear of negative response or reprisal. For instance, when Mei (Momoko Sakura) is afraid she might get lost in her new neighborhood in Tonari no Totoro (1988), she asks her sister Satsuki (Noriko Hidaka) and father Tatsuo (Yasuko Sawaguchi), “Can you die if you get lost?” or when Kanta (Koji Yakusho) tells his classmate that she smells like a pig in Grave of the Fireflies, we as adults feel embarrassed for him because he has insulted his companion. Yet, none of these children are ‘bad’: they’re just curious about some contemplative matters which older people might find strange or taboo to mention.

Also Read: Grave of the Fireflies (1988): A Love Letter to Brotherhood

The Japanese word to describe this quality is Meromero meaning “blurred,” “indistinct” or the “fuzzy feeling you get when thinking about something.” Meromero is a vague and indiscriminate emotion that pertains to anything and everything: it’s so broad that we can’t describe what we feel. This term is ideal for describing children who haven’t yet learned how to draw distinctions between events and feelings, so they react freely with their hearts as if experiencing them for the first time over again.

In contrast, as we grow up, we learn from our mistakes and become more careful about what we say or do publicly because society expects us to be restrained or even prudent after a certain age. In this sense, Ghibli’s movies teach adults to be less cautious but more flexible in their approach to life. This is true not only for children but also for adults who have never stopped being kids at heart. Whether you’re a parent, a child, an aunt or an uncle; whether you’re male or female; whether you’re rich or poor; whether you’re young or old; Ghibli’s movies are designed to be enjoyed by anyone regardless of their age, gender or social status. This is why Studio Ghibli has such a huge global fan base. Even though I’m currently writing this article on my laptop after my office hours, I can easily switch off my PC and travel back in time to my childhood when watching Ghibli’s films.

Descendant [2022]: 'Sundance' Review - Reclamation of identity by rediscovery of history as a tangible construct