Better Call Saul Season 6, Episode 7 Recap & Ending Explained: Oh. My. God. Will the heartbreaks stop this season? Another character was written off and this time, even more without a reason. Keep your biases aside and think: did he really deserve anything that happened to him? Not just in the end, but before that, throughout this season. For him to go like this feels even worse. Lalo’s return to town has sent shockwaves across the different timelines. He now has the knowledge of Fring’s secret meth lab in the laundromat (from Breaking Bad) and plans to attack him at his house. Unbeknownst to him, Fring already has the information that he is back and is ready for him. All events have the making of an explosive convergence – and on top of it, Jesse and Walter are to return as well. This is getting better with every episode. For now, the mid-season break kicks in. So, until then, catch up, if you haven’t, with all the details of the seventh episode of Better Call Saul’s season six.

For a change, the beginning of the episode does not feature elaborate and detailed processes of making things being broadcasted. Just Lalo in dirty overalls coming out of a manhole. And after freshening up, eating, and resting, going back in it. And then it is revealed why: he has eyes on Fring’s meth lab. He has gotten the information from the Polish woodcutter in the previous episode about the secret that he needs to destroy Fring. He phones Hector to let him know of the lab and his plans for Fring. Hector is furious when Lalo reveals his suicidal plan but isn’t able to do anything about it. He also makes a video of his findings for the record. 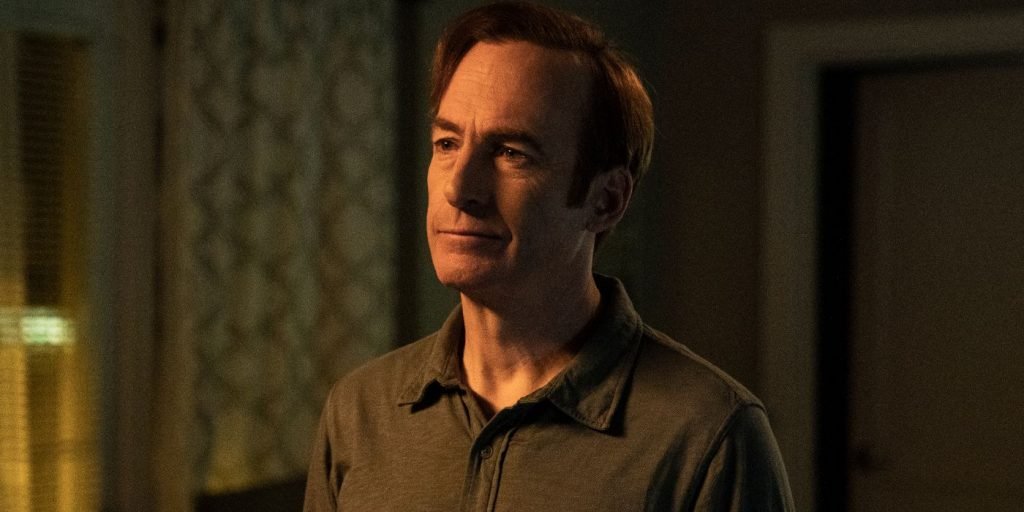 When Kim told Saul that she is coming back, she was in no mood to let this opportunity go. The two work in tandem and gather the team back – the actor, the director, and the makeup artist. They use Kim’s old cast (that she wore on her leg) and click the new photos. Saul keeps them in an envelope and rushes towards a car that just stopped to give it to a man. Lo and behold, it is the PI that Howard hired, Genidowski. He has been in on Saul’s plan all along. Another masterstroke from Goodman and Wexler.

We also get to know the reason why Saul went to the vet in the last episode. It was to take a drug that dilates one’s pupils when it comes in contact with your skin. Saul laces the photos with that drug and Howard touches it. The moment Howard sees Casimiro enter, he suggests that the judge is compromised, as he is seen accepting money from Saul in the photo. He asks Julie to bring them in from his office. But, the photos that we see feature Saul with a man wearing a hat, not Casimiro or the actor playing him. Howard is in a shock and the effect of the drugs also starts to kick in. Cliff and others take the incident to be his “cocaine” addiction, just as the couple had decided. They listened in to the entire conversation through the dial-in and are seen making out in the background as Howard goes haywire.

The photos are different because the PI had changed them after Howard went out of his office. The mediation is called off and the substantially reduced settlement is accepted by Cliff. His professional career falls into the pit of huge uncertainty; it seems like things are over for him. Mike then reaches Fring and informs him that Lalo is back and Fring must be seen to be alone in his house to tempt Lalo to come for him. His men will be on him like ants on sugar but he needs to make the perception clear.

Mike’s plan is to make sure Lalo enters the house but does not leave it – at least in one piece. We then see Kim and Saul “celebrate” their victory. All their planning over the last six episodes has given them great satisfaction. The doorbell rings and it is Howard. He enters with a bottle of wine and tries to understand the reasons behind the couple’s relentless efforts to destroy his life. There is a kind of regretful and uneasy tension in the air and we see an unexpected guest walk in from the door: Lalo. Saul and Kim have a ghastly look on their face and insist Howard leave the house. Lalo asks him to stay. Just as Howard is about to leave the scene, Lalo shoots him dead. Just like that, Hamlin’s character is written off. The unceremonious end has already gotten the social media birds chirping. I guess it is goodbye, Howard.

The universe of Better Call Sall is relentless. Here, you experience the full brunt of the consequences of your actions, just like in real life. In any other mediocre television show, the focus would have been on the couple after executing a plan like this and no one would have certainly turned up dead. Some extra, lazy details would have satisfied the creators and their audiences as well. Gilligan’s ideology is different. The fierce circle of life comes to a haunting completion whenever you least expect it to. The ending is almost undigestible, given how Kim and Saul pursued their plan to “bring Howard down” (pun intended). It almost seems worthless, at this point. If Kim was able to survive Lalo last time, we were almost deceived into thinking Howard could, too. He is not less of a lawyer than either of them. But no one has ever been able to understand or compete with the often upsetting audacity of fate. The season has now picked up the pace and expects to soak in whatever is coming next. If there’s anything that we can be assured of, is spending some quality time.