You may be well aware of Fitzgerald’s condemnation of the American dream in his 1925 Jazz Age novel, The Great Gatsby. If you aren’t, then you might want to skip reading the rest of the article.

F. Scott Fitzgerald despised the upper class. He made it quite evident through Nick Carraway’s repulsion of moral decay in the affluent societies. At the beginning of the novel, we see how the profligate Gatsby’s lavish parties are attended by flamboyant guests. When he took the blame of Daisy Buchanan’s accidental murder of Myrtle Wilson, we saw how his flair slowly began to fade.

From throwing extravagant parties to defaming himself, Gatsby did it all out of his love for Daisy. When Nick realized this, he was instantly overwhelmed by immense admiration for Gatsby and repugnance for the wealthy, which consists of Tom, Daisy, and those who took complete leverage of Gatsby’s opulent parties.

We could almost comprehend Fitzgerald’s abhorrence when Nick muses, “They were careless people, Tom and Daisy – they smashed up things and creatures and then retreated back into their money or their vast carelessness, or whatever it was that kept them together, and let other people clean up the mess they had made…”

Fitzgerald’s condemnation was again reflected in the 2008 superhero film, The Dark Knight. We all remember the interrogation scene, where the nonsensical Joker starts speaking the most relevant things ever to be spoken. He labels the civilized society’s morals as “bad joke”. He even goes further by calling Batman a “freak” like him. The Joker assured the caped crusader that these civilized people are only cooperating with him because they need him right now. When they don’t, they’ll turn their backs on him.

Also Read: FOR YOUR CONSIDERATION: BATMAN: THE KILLING JOKE [2016]

At the end of Christopher Nolan’s masterpiece, we were bereft of speech when Batman made the run from the police. He took the blame of Harvey Dent’s killing spree just as how Gatsby made himself responsible for Myrtle’s death. Even though their causes were different, both Batman and Gatsby were shunned as outcasts as soon as they took the blame upon themselves. In Joker’s words, they were cast out “like a leper”.

In spite of our protagonists’ noble sacrifices, we realize how Fitzgerald and Joker were right all along. The upper class is grotesque and void. Their hideousness well covered by their abundant wealth. And those who aren’t on top of the social status need to make their run for the blunders made by those who do. If not, they drown in despair while yearning for their dreams to come true.

JASER FINDS HIS PURPOSE IN WRITING, SOLACE IN FILMS AND BLISS IN CARTOON SKETCHING. IN THE MOOD FOR LOVE IS HIS PARADIGM OF TRANQUILITY. 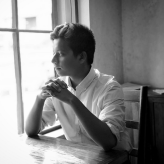 The Batman (2022) Spoiler Analysis: What is the Future of the Caped Crusader?