This essay shall be an inquiry into the psyche of great artists who in spite of their struggles against overpowering poverty and ubiquitous social hostility, manage to lead lives others can only envy about.

‘Your husband Subramani is a poor, helpless man. But the poet Bharathi is not that! He sits atop a throne and observes the events of the world from a great height”

The above lines are from Gnanarajasekharan’s Bharathi, the 2000 biopic starring Sayaji Shinde on the life of the famous Tamil poet Subramaniya Bharathi.

Living under a shack with just too many people to feed, when Bharathi says these words to his bewildered wife, do we see any pretense in his eyes? Or was he just trying to pass off as an all-knowing seer to escape the guilt of his poverty-ridden existence? Do artists really think too much about themselves or is it just a self-fulfilling illusion that they wrap themselves into as to wade through the unrelenting waves of difficult human existence?

Do scientists and technocrats, the emperors of an altogether different world also harbor such illusions? When a scientist discovers something as great as E=mc^2 is he really entitled to that level of artistic pride and achievement untrammeled by the handicaps of mundane human existence? Put it another way, is it okay to argue that an engineer or a technocrat is as great as an artist? Or is that really a comparison worth pursuing? Aren’t us artists already miles ahead of those overrated hermits who live inside test tubes and microscopes and equations?

When an artist discovers himself, which may or may not be a moment of epiphany it is not an exaggeration to say that it is tantamount to what the Buddha attained under the Bodhi tree. At least that’s what honestly an artist thinks about himself. A painter or a singer or a poet or a novelist does not derive an assessment of himself from what his ordinary society perceives him to be. When a fine, legendary moment of say, Sohrab killing Rustum is captured on the canvas of a painter with what is called ‘vivid’ detail, the stirrings inside him that catapult him to the heights of glory cannot simply be termed as, what normal people would assume to be mere flights of empty delusion.

When Satyajit Ray portrays the congregation of waiting for interviewees as a mass of lifeless skulls in his 1970 black-and-white classic Pratidwandi, when the protagonist Siddhartha is impelled to hurl a chair at the organizers of the interview to vent his anger at their lack of human feeling, I think it is completely unfair to consider those flashes of artistic brilliance equivalent to the generally well-regarded work of an architect completing the intricate plan of a bridge bypassing a massive gorge or that of a space engineer finalizing the coordinates for the trajectory of his ready-to-launch satellite into the skies.

Art unlike technology or economics does not deal with tangible models or measurable outcomes. It has something to do with human feelings whose depth and immensity is still quite a challenge to even expert neuroscientists and award-winning biologists. The ‘skulls’ scene in Pratidwandi is simply designed to illustrate the profound anger seething inside the hero when most people in our society continue to remain mysteriously unaffected by the myriad injustices and crimes that besiege them on a daily basis. That sequence also highlights an overpowering sense of isolation that underpins his rage which quickly morphs into a desperate impulse to act and exhibit his rebellion which he does by hurling a chair upon the interviewing panelists. It is natural for all of those around him to take him for a madman but only the hooked audience is able to connect with him completely and understand the magnitude of his well-meaning moral anger.

Pratidwandi is a masterful character-study by Ray of an unemployed, yet an intelligent young man of the late 1960s who is torn between the compulsion to conform to societal expectations and his natural instinct to rebel as to stay true to himself. So when I compare a grand artistic achievement like this with a path-breaking feat in another world, say in the field of technology of inventing the e-mail, am I doing a disservice to either of the fields which are meant to be apples and oranges to one other?

There is no denying the greatness of multiplying daily wonders of technology that bewitch the average human brain with their ability to make real those that were considered all these days as either completely illogical or only fancifully possible. But a technological invention is only that – nothing more than a great improvement over the existing comforts supplied by science and society of a particular era. But an artistic masterpiece, I cannot help believing is something which is inherently superior to all of them.

The ability to reproduce the many dimensions of the human psyche with precision and uncanny depth is too impossible an achievement for a mortal human being to do. When the protagonist in Pratidwandi is shown rebelling or struggling with himself, it is not just Ray’s picture of an individual or a diary of his personal suffering. The political atmosphere of urban Bengal which instigated educated young men of the 1960s to question the status quo, the pent-up sexual frustration of unemployed youth like the protagonist, the futility of human feelings such as sympathy and mutual respect in a highly unjust environment driven by greed and lust for material progress, and finally the unavoidable isolation a highly sensitive man like him are forced to endure as a result of his inner ‘wiring’ – all of these contribute towards making an art-work like Pratidwandi, an incredible achievement for a mere mortal to do.

All painters and poets and writers of this world must be in my humble opinion, considered at least a notch above others for their rare and ethereal ability to study and analyze people and societies for what they really are and how they transform at various instants in time through the prisms of their numerous painstakingly-created works in art. This multi-dimensionality of art is what sets it apart and higher than other crucial fields such as engineering, commerce, and technology.

A path-breaking achievement in technology such as the invention of the atom-bomb by Oppenheimer or Fritz Haber’s successful design of Gas Chambers for Nazi Germany only betrays something more than the technical ingenuity involved in their creation – the curious tendency of scientific genius to easily co-exist with mind-numbing intellectual vacuity and moral bankruptcy that virtually has no concern for the welfare of human society. An artist on the contrary, more often than not, discovers and founds his passion for art solely on his incurable love for human well-being and his well-meaning angst over the helplessness of the human condition.

The role of an artist in influencing the ideas and direction of great human revolutions throughout the world has often been terribly underestimated. Lenin’s political work owed a great deal to the influences of Shakespeare, Goethe, Pushkin, and Oblomov while Gandhi’s theories and strategies were borrowed heavily from the works of Tolstoy and HD Thoreau.

The artist’s ability to question laws and statutes, his outrage at ossified practices that have long lost their significance, his rare candor to call a spade a spade and to top it all, his capacity to speak in a tone that resonates with millions of minds breaking barriers of race, geography and time add up towards making his role supreme and transcendental in the progress of human civilization.

Only an artist who is able to sense his own ability to see things others cannot, to understand the state of the day’s affairs with a modicum of depth and insight, and express his agony or love or rage in a way that reaches out to individuals totally different from himself, is able to experience that great feeling of artistic epiphany and divine pride. That Artist can feel proud about himself and without an iota of self-doubt or inhibition consider himself higher than any news-making innovator or entrepreneur whose words and deeds carpet-bomb televisions and smartphones of mortals day in, day out.

He, the Artist and Him alone is entitled to the inviolable walls of his sovereign fiefdom from the top of which he could simply overlook the faces of thousands of masses grappling with petty problems of daily survival and material existence, which can in no way dare to perturb him. 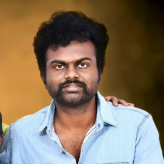