After announcing the first wave of films at this year’s Fantasia Film Festival, the first trailer for the highly anticipated film Kriya has hit the web. From the Producers of IN FABRIC & FREE FIRE, the stunning First Trailer & Poster for KRIYA unveils a nightmarish world.

As debuted by The A.V. Club… Say your prayers before watching this exclusive Kriya trailer, the film is written and directed by Sidharth Srinivasan of Reel Illusion Films (Soul of Sand), and produced by Tejash Shah of Accord Equips Pvt. Ltd. (Headhunter) and B. S. Narayanaswamy (Court). 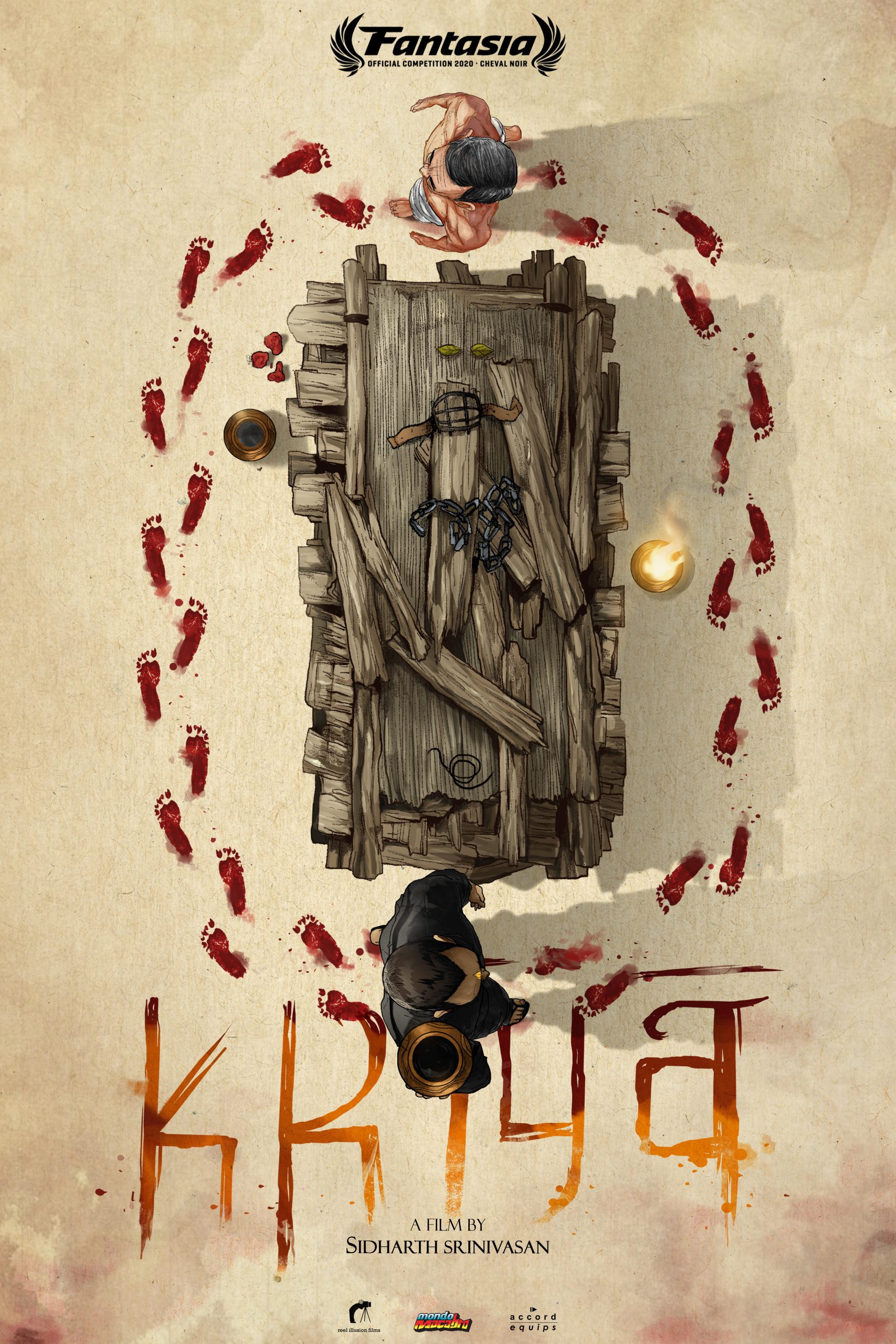 DJ Neel encounters the ravishing Sitara while working a club set one night and is transfixed by her. They return to Sitara’s place where Neel is horrified to see the gagged and shackled body of her dying father – Sitara’s grieving family keeping vigil around it. Caught completely unawares, Neel’s compassion is nevertheless aroused and he stays on. In India, patriarchal custom dictates that only a son can perform a parent’s last rites, but no such person exists in Sitara’s family. So when her father actually dies during the course of the night, Sitara coerces Neel to officiate the rituals of death. Thrust into a world of magic and transgression, Neel finally attempts to flee his waking nightmare. But as dawn breaks, it becomes evident that Sitara’s family is afflicted by an ancient curse. One that Neel is now very much a part of.

New Delhi filmmaker Sidharth Srinivasan’s first horror work (and first narrative feature in a decade, following SOUL OF SAND, an acclaimed selection at TIFF and Rotterdam), KRIYA comes at the viewer with seductive allure and a uniquely venomous bite. It’s an aesthetically beautiful film, mystically atmospheric and imbued with a creeping unease that casts an uncommon spell. It’s also startlingly transgressive. While the film is vibrant with stark imagery and an amusingly dark sense of humour, KRIYA is very much a work of confrontational art. One that subverts Hindu ritual traditions and shrieks against its debasement of women in clever and compelling ways. Co-Produced by Andy Starke (IN FABRIC) and Pete Tombs (FREE FIRE), with an unforgettable score by Jim Williams (POSSESSOR, RAW), KRIYA is a strange and wondrous nightmare odyssey of ritual magic. It demands to be met on its own terms and rewards the curious with unexpected charms. Light a candle and prepare yourself.

Gladiator Sequel: All That We Know So Far

The Artist Versus The Technocrat