Love, emotion, friendships, and the will to follow the other. It’s such an emotion that can just pop up and drive one to do insane things, completely unconventional and inexplicable. Things, to the point, that you wonder what has happened, or how did it reach there. Films often do this, and they do it to a wonderful effect. However, as such a subject is so vast and so timeless, it can be told, retold, spun in different ways, and still strike a chord. JJ+E (Vinterviken) takes the audience on a whirlwind journey, featuring an unlikely romance blossoming into something quite refreshing.

Starring Elsa Öhrn and Mustapha Aarab in the titular roles, JJ+E (Vinterviken), adapted from Mats Wahl’s Vinterviken (Winter Bay) picks up a tale from the 90s and adapts it for a contemporary audience in a contemporary setting. Whilst racial tensions played a part in the first adaptation of Wahl’s novel, class disparities dominate the second adaptation set in 2021.

This is drilled in right from the opening scene as we see Elisabeth in a private pool overlooking the river from what seems to be a posh mansion. As she walks, we see her patio, a lavish living area, and help. She lives a life of luxury and is reminded of her privilege quite often. Also, Elisabeth has quite a perfect response to retort likening academic performances to an individual’s class background. It sets the tone for her actions in the film. 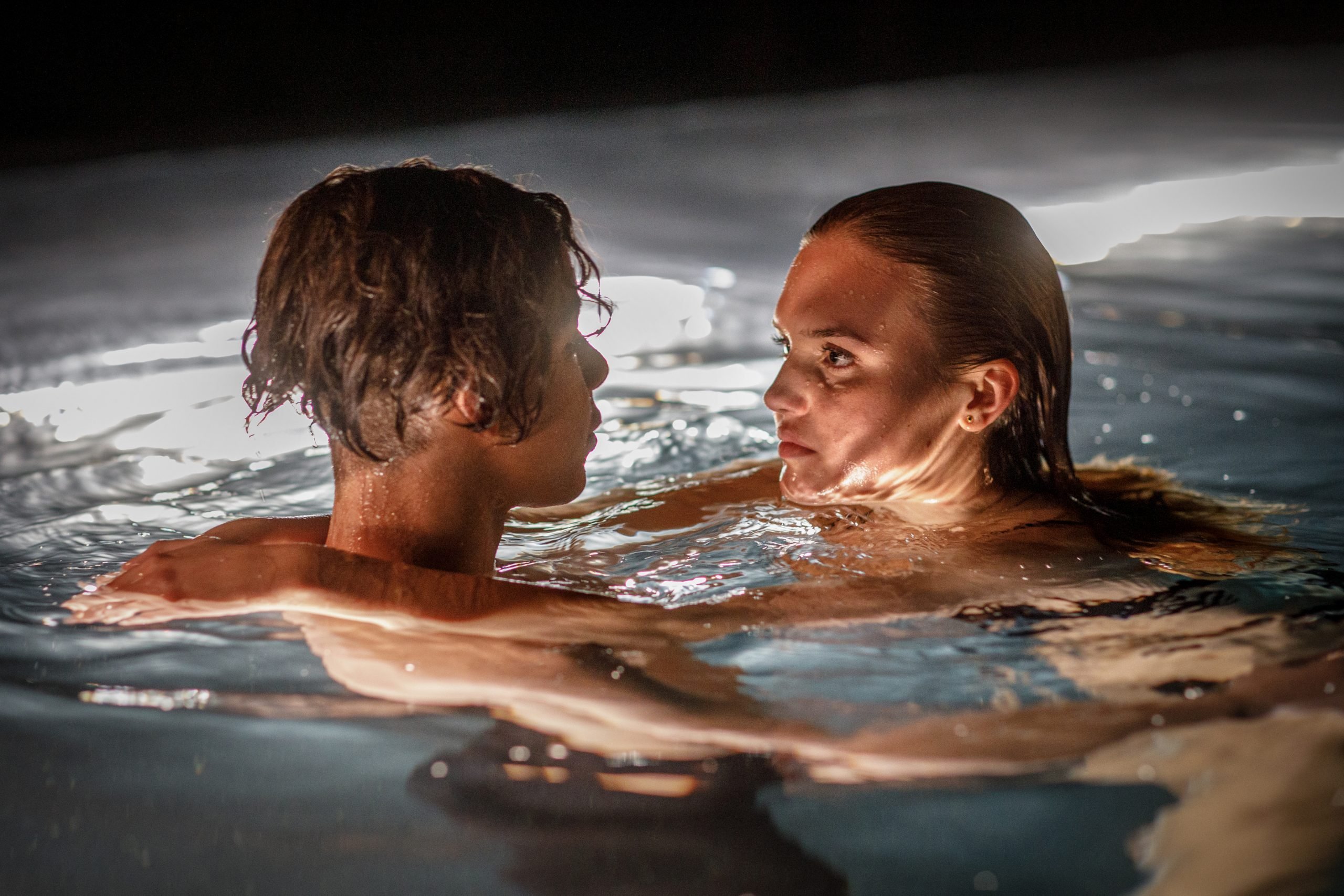 JJ (John-John) lives in a tenement with his mother and her boyfriend with whom he doesn’t get along (you’ll get this right from the start, but this description seems quite timid once you see the end credits roll), plays basketball in the parking lot court, is part of a group of hoodlums and high school is something that is a massive achievement.

It screams middle-class, something miles apart from Elisabeth, whose simple life pleasures wow him. She is someone that has never felt a want of anything. Hence, she can’t quite comprehend why someone would wear something that wasn’t theirs.

Separated by the river, but underneath the same beautiful twilight sky, we get an understanding that their worlds will collide. Well, they have to, or else what’s the point of JJ+E?

Also, Read – Shirley [2020] Review – Portrait of a Literary Icon through a Compelling Biofiction

A boat ride across what seemingly is the Vinterviken, and an incident whilst chugging along the river, set the seeds for the interactions between the youngsters from socially diverse backgrounds. Despite the wealth disparities, they both have their own personal demons that attract them to the other. It’s a take on how no matter where anyone is, they all have their problems.

They bond, and their journey is what helps JJ+E move along. And don’t shy away from watching it if you read this. It doesn’t follow the conventional path whatsoever. At some points where I felt I could predict what’s next, Dunja Vujovic and Alexis Almström surprised me.

Elsa Öhrn as Elisabeth puts in a performance that helps the audience connect to her as a rebel, someone who just wants to do something for herself. She projects the exact emotions that help the audience understand that she is falling for JJ, who, in turn, is quite grounded and knows that he is way out of his league. He seems tentative as well, showing that he isn’t sure about where things are going or what he is supposed to do. This, of course, isn’t the case when he is among his own. At neither point did Aarab’s work feel forced. One can almost say that Öhrn and Aarab acted and reacted brilliantly. 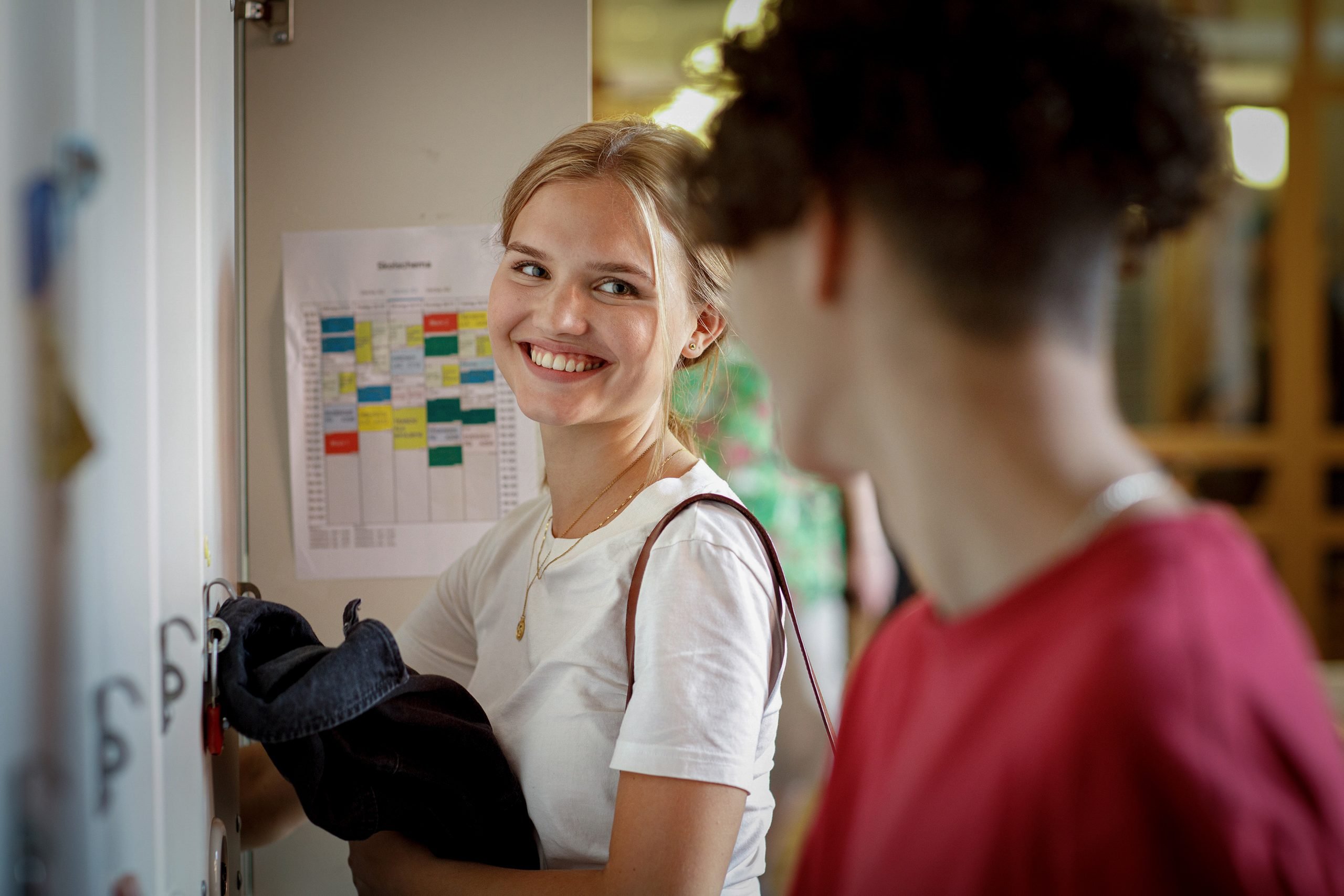 Dunja Vujovic’s story helps the film, and combined with the acting, it shows the perfect progression from a chance meeting to a friendship, to so much more. All this, enveloped within Vittorio Grasso’s enchanting score right from the start to the end, makes for a product that will entrance you, and yes, that music will remain with you.

The film’s 90 minutes run time may be a bit annoying as there is so much more we want to know about. Firstly, fleshing out John-John and Elisabeth’s journey could have helped things. They do have some difficulties, and an exploration of this could have enhanced a rather intimate moment/s. Furthermore, Elisabeth’s actions in the climax may have held more weight had more attention been paid to the friends meeting friends scenes. Additionally, one has to wonder why they opted not to have a few scenes showing John-John’s mother, his friends, and the mother’s boyfriend. Also, Alexis Almström seemed to have used Patricia just as a catalyst to help JJ and E become JJ+E. Poor Patricia. But then everyone had to be a side character for JJ & E to shine and make the most of the limited time they had.

All that aside, Almström’s vision across 87 minutes was one that took us through the ride. If not compared to a completely different medium of TV entertainment, one can see the good side of this. Despite that rather short runtime, the characters do spend an ample amount of time with each other and this gives weight to their teenage attraction, making it believable. Even though it was under 90 minutes, I can’t honestly say that it was rushed for a film. Of course, if a sub-90-minute offering is compared to a 10-hour offering, it will always feel rushed.

Netflix’s Swedish offering, JJ+E, is something you should watch. It won’t offer re-watch value, as you will know the crucial twists. But it is an experience of emotions, showing us how we are always connected to our roots and to who we recognize as our own. Be that by blood, by bond, or by choice.