This article contains spoilers for Aamis.

Slovenian philosopher Slavoj Žižek often speaks about how, in languages like English and French, we commonly use the phrase to fall in love. Real love entails a serious fall that renders us out of joint with our humdrum, quotidian reality. Love upsets the routine established patterns of our day-to-day life as we obsess over the object of our desire. Hazarika’s film is about an unlikely couple’s fall in love which hits unexpectedly hard.

In ‘Aamis’, Nirmala is a paediatrician married to a husband who is often away, leaving her trapped in a banal existence that revolves around her son, clinical practice, and organising boring social events. She has a chance encounter with a much younger male PhD student, Suman who is researching various meat-eating habits in North East India. This contingent encounter leads to a friendship based on a mutual passion to discover and eat exotic meats; given Suman’s research, he becomes the ideal guide.

All of this still transpires in purely platonic territory, until, on one of their ‘dates’, Suman notices a tiny food particle on Nirmala’s chin. He reaches out with his hand, she leans in. But just as they are about to touch, Nirmala suddenly becomes conscious of her social position as a ‘respectable’ married mother, and hence, of the transgressive precipice she stands on. This is the moment of the couple’s fall, or at least the moment they become conscious of it, retroactively charging all their previous (and future encounters) with sexual attraction, guilt, and desire.

Now, the couple has two options: either forget each other and return to their mundane lives or to cross the boundaries of marriage and propriety in an ‘affair’. The always self-righteous Nirmala cannot see herself stoop so low, but Suman wants a third option. He wonders if they could experience each other’s bodies without touching or having sex (considering that Nirmala is against option two, and for the lovelorn Suman to forget her is not an option).

As before, Suman continues to cook gourmet-style meats for Nirmala who happily accepts them, as long as it is food and nothing more. He finally resolves his angst, unbeknownst to Nirmala, by cooking her a tiny piece of his own flesh; not cut out in a surge of passion but, under false pretences, by a veterinarian friend with clinical precision. 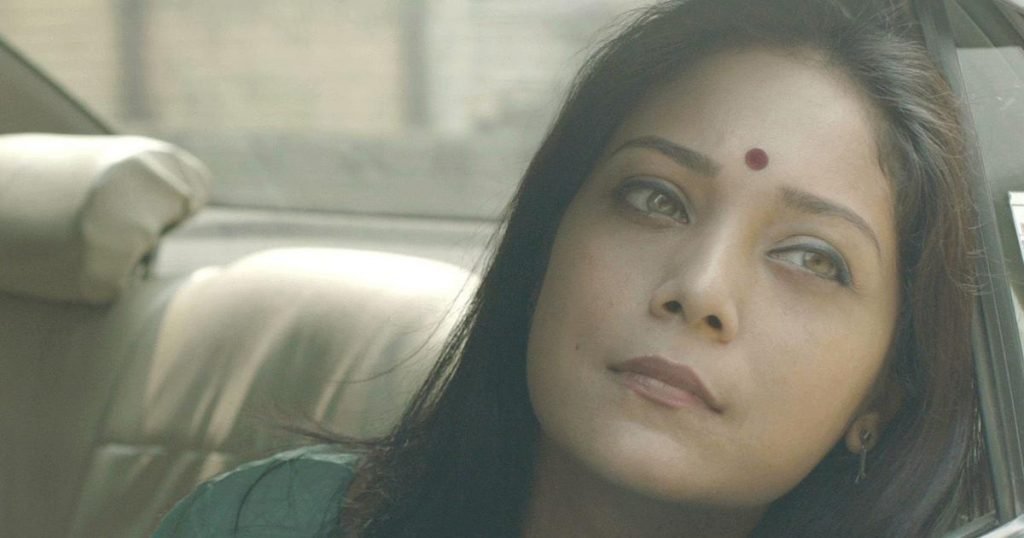 The film juxtaposes the moment when Nirmala’s first tastes this meat with orgasmic imagery — it’s nothing like she has ever had before. The taste consumes her and she forces Suman to reveal the origins of the mysterious meal. When she hears the truth, her first reaction is to want to throw up but she is unable to. This is where the film wonderfully illustrates the deadlock of her desire: every time she thinks back to the taste of the meat, all she can think of is the orgasmic satisfaction gave her.

Ultimately, she resigns and owns up to her desire for human flesh, which soon escalates to a raging addiction. The tiny bits and pieces of Suman’s flesh just won’t sate her anymore, and she decides (with Suman complicit, out of his love) to look for a larger feast. This is where their love starts to unravel, taking on a more sinister dimension. When all else fails, Nirmala utters the classic statement of an addict: I want to eat to my heart’s content just once and no more. For this, she is willing to kill someone, and Suman in turn, to protect her, to commit the crime himself.

In the end, the police catch them and their ‘perverted’ affair becomes a public scandal. As the film reaches its denouement, comes its most radical movement of love: when the disgraced couple is presented with masked faces to a ravenous media, at the threshold of the police station, they suddenly hold hands, they finally touch each other for the very first time. Instead of feeling ashamed, they stand united despite, or rather, because of their ‘mistakes’ — in love.

The point is not to celebrate the abomination that is cannibalism, but to highlight love’s tremendous potential to do the impossible, something that our society — which increasingly promotes ‘playing it safe’ when it comes to matters of the heart — forgets. To be sure, this is not something that ‘only happens in films’, often, even in our everyday lives, love is the only force that compels us to transgress oppressive social structures of class and caste regardless of the ensuing catastrophic social and political consequences.

Rutwij Nakhwa is Writer and Assistant Film Programmer at On Global Screens where he has been working closely with seasoned film programmer and journalist, Uma da Cunha. He has also contributed articles on cinema for The Hindu.