Kieslowski’s first installment of Decalogue is like a shock that jolts you into a kind of reality the shrieks of which you hear often from behind locked doors— doors you are too afraid to let yourself in through. It’s as if all the dark landscapes in your mind come into focus together, all at once, and implore you to surrender to their gloom. And you surrender— choicelessly— defeated as if by your own constitution.

Such is the nature of art some film directors choose to so deliberately practice— an art of rendering powerless all the lies we forge our lives with, an art of shattering all our ideological defenses and piercing through the very core of our being, leaving behind nothing but an unbearable emptiness.

Related to Dekalog: One – Conflicting Resolutions and the Metaphor of the Aged People in Kieślowski’s Three Colors Trilogy

What is a film? I suppose a way of looking into the question is by weighing the collective emotional response the film generates from its viewers— a sum-total of all the feelings the film sparks off in its wake. It is a rather abstract conceptualization, perverse in its form, but true to the intent of, perhaps, every filmmaker. After all, a film potentially is a revolution in our thoughts, a provocation, a seduction, a malaise, a protest, a sensational garb that humanity can at once don and feel hopelessly impassioned. It’s too prosaic and nondescript to talk about films only in accepted lingos like “content” and “form”. Doubtless, speaking in such a manner saps all the poetry out of the art, corrupts the innocent feeling that the film gives birth to, and disregards the impalpable and ethereal universe where the filmmaker and the spectator can be one. A film at its core is that which we can only intuit from the film— that fragrance that lingers on in memory; a film is far too complex and far too beautiful than what language can ever sum it up to be.

Kieslowski subtly ridicules, with the wicked sensitivity of a poet, this very fascination with concrete forms and symbols that so saturates our lives. The viewer is often left floundering in the dark alleys of his mind searching for some concrete characterization to attach to his perception of the film. But, Kieslowski would not give any. Perhaps, that is also where his art lies— in not allowing the viewer to make him into a well-defined “somebody”, an icon, a preacher; in not allowing the viewer to make of his films a drug suited for a particular ailment of the mind. No, Kieslowski doesn’t trick the viewer into “wanting” more of Kieslowski; Kieslowski is not another cheap pleasure that feeds into the collective neurosis, into mental dementia that commercialization so fondly champions. He invites his viewers with open arms to an expedition he himself is on, an expedition into the human mind, into the unknown, into the dichotomies and paradoxes that make up our existence. 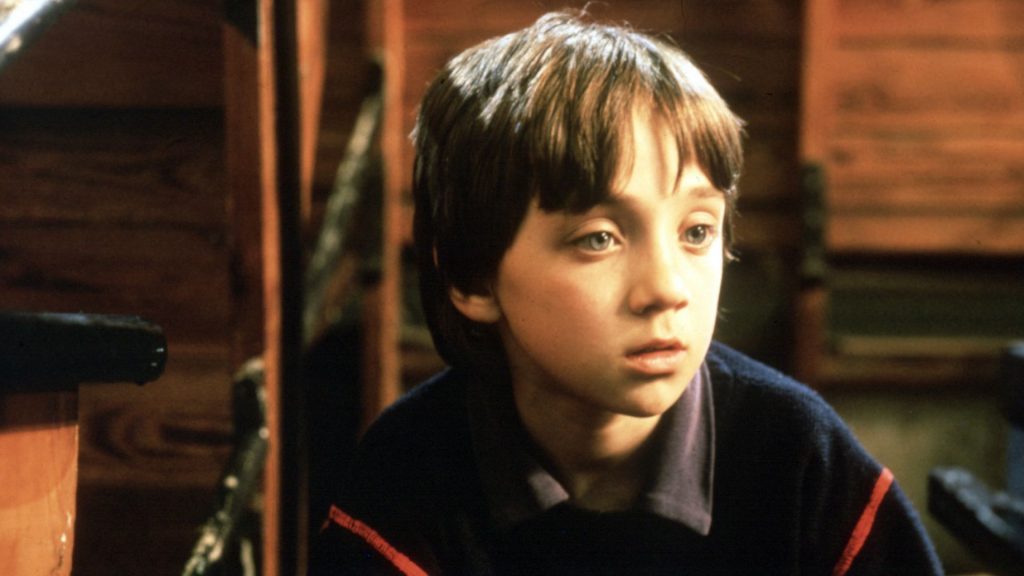 Decalogue-I binds the viewer in a hypnotic trance— in many ways aided by the painfully serene tracks composed by Zbigniew Preisner— to place him in Pawel’s world. Pawel, the 12-year-old center of the film, is Kieslowski’s “unknown”— he is the body that still has not been corrupted by worldly torpor and sluggishness, by ideologues, by anything that renders the mind one-dimensional, obstinate, and impervious. He receives everything with a curiosity so intense that his emotions gush forth like a tide, unrestrained and wild. But, he is a blank slate and it is on this slate that Kieslowski writes his diabolical poem, it is through Pawel that Kieslowski enters into our minds— Pawel being empty serves as the best conduit.

Once inside the viewer’s mind, Kieslowski unleashes swarms of doubt, he opens the gates to thousands of disjunct memories that combine in mysterious ways, waking us up to ourselves. We realize that we had been lobotomized by some societal machinery that is continuously trying to make of us “useful” people, useful to the end that we murder our souls, useful to the end that we numb ourselves to everything— our pains, our joys, our entire life.

Also Read: On The Lives Of Veronique: The Miraculous Krzysztof Kieslowski

But, just as we start becoming more aware, just as we start to contemplate, anew, the nature of our life, Pawel dies, leaving us in shock, a kind of shock that comes only rarely, a kind of shock that courses through the body as thunder courses through a tree, obliterating it, leaving only ashes in its wake. That’s Kieslowski’s final blow, the final verse. He closes the conduit. He destroys his “unknown”. But, how apt! How marvelously apt!

He had to destroy his “unknown”, only to preserve it. We see before our eyes Pawel’s frigid corpse— a body we had put our hopes in, a body we felt would redeem us, a body that we had dug out of our own long-forgotten past. But, who was Pawel? He was nobody, he was empty. His very emptiness drew us to him. Had he lived he would have stayed in our minds as an idea, he would have stopped being empty. Because ideas are never empty. So, he had to die. And, Kieslowski wanted us to feel this death, feel this shock. Kieslowski wanted us to feel. And, I dare say, feelings too are… empty. And, therefore, so beautiful.