Home»Articles»On The Lives Of Veronique: The Miraculous Krzysztof Kieslowski
Articles/Essays

In the spring I turned 20, I had found myself questioning about what that year would change for me, in terms of place and time, people and surroundings. This sudden realization of change was not triggered because of anyone, or aimed at any outward occurrence, but strangely enough- it was a very personal, conscious introspection that made me realize that there was so much in store for me in the year to come. And shockingly, things did change.

I recognize now that there was nothing unusual in this: confronted with sudden disaster we all focus on how unremarkable the circumstances were in which the unthinkable occurred, how the person must have behaved before breathing his last, how the void must have settled in while others waited for him to answer. Was it a premonition that I had traced and ignored? To think of it, that was also a time in my life when coincidences carried a certain mystery – a mystery that might wear off as we age and learn to assimilate life’s accidents and anomalies into a less-questing worldview.

Related Read to The Double Life Of Veronique: 10 Great European Movies That You Simply Can’t Miss

Later when I first saw the movie The Double Life of Véronique (1991), these feelings replenished and earnestly reflected that part of my life and felt like a revelation. It was my introduction to Krzysztof Kieslowski, a director obsessed with the tension between intuition and reason, fate and chance. As I come to think of it, Kieslowski passed away even before I was born, in 1996 during an open-heart surgery following a heart attack. He would have been 79 today. A presence felt wholly through his art, and still, no filmmaker in recent memory has had such a deep, immersive effect on me like him.

The narrative presents the lives of Weronika and Véronique, two women living in different countries, France and Poland, in the same time period, played by the sublime Irene Jacob. They have never met one another but they are, in essence, the same person, completely identical… Or are they? The film wants us to believe they are—they are played by the same actress, they both sing, and they even share the same superstition of rubbing a gold ring over an eyelid. The difference between the two women lies in the choices each of them makes in their lives. For instance, Weronika chooses to sing professionally but Véronique, knowing of her own ability and talent, nonetheless chooses not to. Without revealing spoilers, their respective choices lead to completely different consequences. 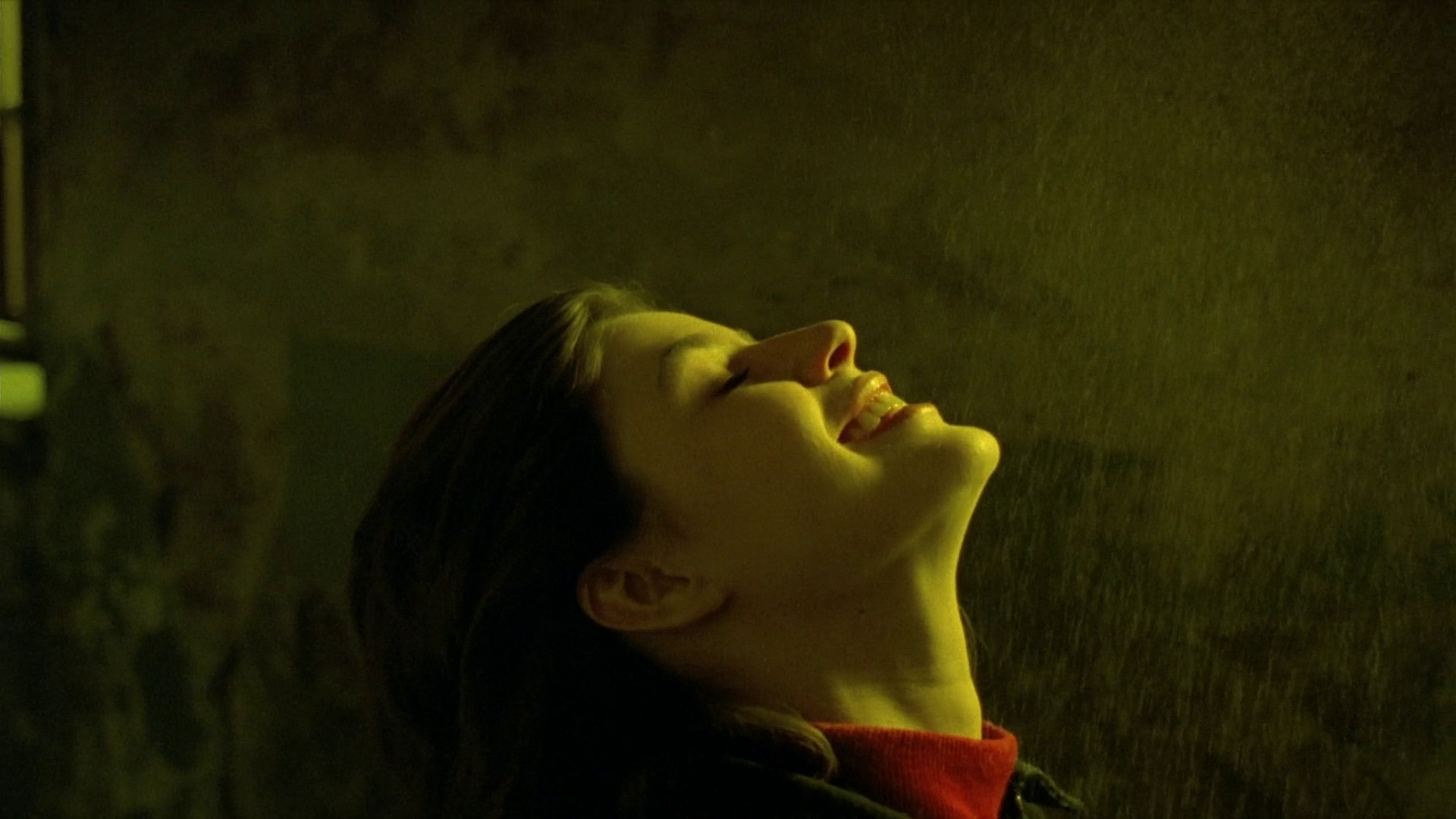 It is a film about feelings and the inescapable desire to locate them as they permeate our beings- those that are inexplicable but so deep-seated and integral that they can feel truer than the facts and material realities of our lives. My past felt reflected in that tension, and for the most part, Véronique’s undying sadness seemed like a natural extension of my own. And while I still try to find rational explanations for why certain things worked out in my life and others didn’t, I feel deeply connected by Kieslowski’s evocation of the instincts that decipher no sense but feels inescapable, magnetic – the people and places that seem so right to us that we feel their absence before they emerge.

There’s a diary entry by Kieslowski that connects this ability to capture images that either feel precipitated from the past or propel towards a future waiting to see us still : “We are moving to Paris. Still ten more shooting days. Tomorrow, on a railway siding, in a hired carriage, which will be shaken by assistants using rods, so it looks as if the train is really moving, we will be shooting the scene of Véronique’s night journey to Paris. Today, with a few crew we are going to Paris in a real train; it’s night. Irène Jacob is sitting behind me. I turn around, she has fallen asleep, she’s tired. Her head rests beautifully. The scarf on her neck is quivering slightly from her breath. Tomorrow, when she is pretending to be asleep, I will ask her to sit the same way, and to bow her head the same way.”

Related Read to The Double Life Of Veronique: Exploring The Inevitable Dualities in Rosemary’s Baby

This shows how Kieslowski turned his story with the flow of his instincts, even when he knew how his characters were orchestrated in the plot. With time, I unravel the ways in which Kieslowski is able to acknowledge the universality of his stories, but at the same time underscore the importance of individual experience. By letting the camera linger on Jacob’s face for most part of the movie, Kieslowski captures the intensity of her internal world through a paradox – its surface. These moments exemplify a wordless intelligence that feels singular to cinema, a moving soul is caught in a recurring presence.

There is one scene in particular, shot with a spectacular hand-held camera style where both the characters meet. It is in a crowded town square that Weronika sees a woman who looks just like her. The woman takes photos of the crowd and riot squads, moving through the sea of people. Before Weronika can catch up to her, the look-a- like woman catches a bus and takes a seat in the back. The woman turns, snaps one last photo of the place she is leaving, and unbeknownst to her, of Weronika. In that moment, Weronika is the only one of the two of them that realizes the other exists. She has a huge otherworldly experience. What moved me the most in this scene was how differently both these characters chose to see, one responding to the protest in the street and the other is immersed in her own vision.

Related Read to The Double Life Of Veronique: 25 Great Feminist Films You Should Watch

It is a brilliant sequence not just for the chance meeting alone, but the choice in its staging in the face of a crowded street in protest. It is an encounter that interrogates the personal and the political, and doesn’t necessarily take a side. Who connects us to the external situations that shape our world, and how are our interests shared with the rest? What if we choose to value pleasure over duty, Kieslowski asks. 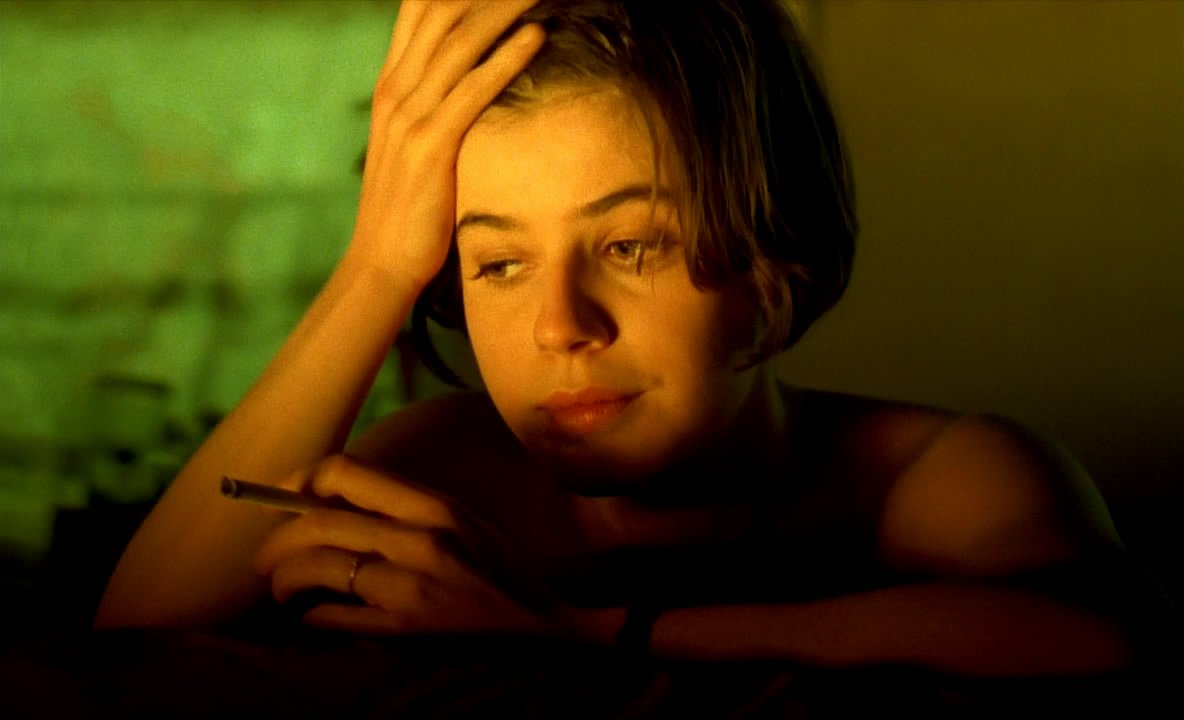 This concerns all of us because the paths—these people and their destinies—cross each other all the time, whether we are aware of it or not. That’s what responsibility means to me—to live carefully and attentively. We should observe people around us and most of all ourselves.” Thus, even though we are all unique in our own way and we all experience life differently, there is still a sense of interconnectedness in this reality— perhaps a commentary on how our choices are shaped with the relative freedom of our upbringing.

With time as Kieslowski’s work grows in me, I somehow feel as if there are resonances that I’m missing by allowing it to wash over me. What does it mean, for example, when Weronika is getting ready for her fateful concert, and gets distracted by the sight of an elderly woman outside, and while still half-dressed, Weronika approaches the window, where anyone on the street could look at her. With Kieslowski, and this film in particular, I feel more like I’m watching an intricate code.

With each new viewing, I feel a step closer towards introspection into its details rather than just being immersed in its world of parallels. I used to feel enchanted, but through and through, I felt more intellectually caught—and delighted that the film supports a deep level of intellectual engagement. But it also makes me wonder if some of the film’s enduring mysteries are simply symbols I don’t have the political, social, or cultural background to unravel. Nevertheless, it still remains as personal a film has ever felt, as if I could sense where these characters come from, and that it could still remind me of that fateful spring years ago, with an evolving of my understanding of life. It is for this string of connection that I am forever indebted to Kieslowski, and return back to him in momentary circles of personal despair.

Songs My Brothers Taught Me [2015]: ‘MUBI’ Review - Chloé Zhao’s Debut Is a Sincere and Striking Piece