“There Will Be Blood” and “Requiem For A Dream” are as different from one another as you could imagine. One’s a turn-of-the-century period piece, and the other is a New Millennium film. The former is a wide-ranging, sprawling long-time epic, the other narratively and spatially claustrophobic. Directors Paul Thomas Anderson and Darren Aronofsky have styles so defined against each other that nearly any comparison between their movies will pull a limb out from stretching. But both had career-defining, and cinema-changing, things to say about the American dream, and how easy it is broken and perverted inside and out by the rot of obsession.

Requiem is a deep, bubbling, penetrating look at obsession and addiction. It’s not just edgy or sensational. It’s a hard watch the first time and will make you feel like you’ve just been punched in the balls.

It’s a look at the interconnected lives of four people: Sara Goldfarb, an old lonely widowed woman living by herself, her heroin-addicted son Harry, and his friends Tyrone and girlfriend Marion, all from Coney Island. Harry and Tyrone hatch an ambitious, foolhardy plan to sell enough heroin to be able to build a life, as well as to help set up and fund Marion’s desired boutique fashion store. When it all goes wrong, it breaks the characters down soul-crushingly hard.

Tyrone gets caught in a shootout between two rival gangs and is arrested when trying to flee the scene, so Harry has to use most of their savings to post Tyrone’s bail. When a new shipment of heroin comes in, one that’s too expensive for them, Harry has Marion prostitute herself to her psychiatrist. When that deal doesn’t work out, he and Tyrone try to drive down to Miami to buy directly from the seller there, while Marion goes to see a pimp on Harry’s encouragement. On the drive down, Tyrone discovers that Harry’s needle mark is nearly black with infection. The doctor at the hospital recognizes the glaring addiction signs, and both he and Tyrone are arrested. Their arcs end with Tyrone in jail, Harry laying in a hospital with an amputated arm, and Marion lying in bed after being sold off by the pimp to an extremely graphic sex show.

For me, Sara’s arc is the worst, because her fall is the farthest and she doesn’t understand what happens to her. Sara just wants attention and recognition and doesn’t get it anymore at home. Her husband has died, and her son, who left her alone, is a junkie. She doesn’t fill the void with cats, but with her TV, and an unhealthy obsession with a predatory infomercial. When she gets the call of a lifetime, notifying her that she’s been selected to be on TV, she lights up with enthusiasm, telling her friends, and picking her favorite dress, which she no longer fits in. After dieting doesn’t work, she takes a friend’s recommendation of a doctor who puts her on a large regimen of weight-loss amphetamines. Harry comes by to present her with a new TV, but sees signs of opioid addiction in her. He implores her to drop the pills, but she tells him that the only thing she lives for anymore is the dream of appearing on TV and the praise of her friends. 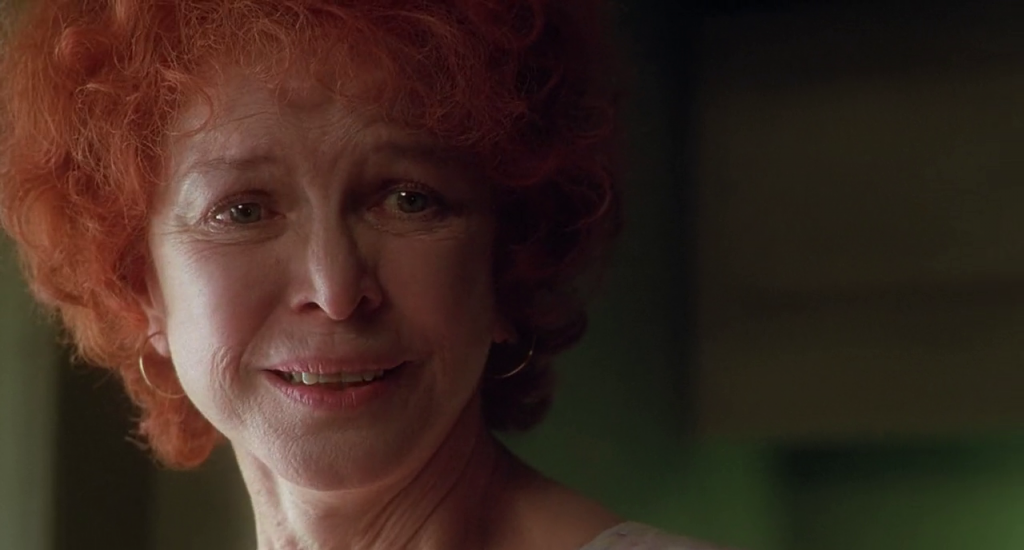 She slowly unravels in her apartment, by herself, falling into an amphetamine psychosis and needing more pills for that high, becoming paranoid about her fridge and losing the difference between her lonely reality and her fantasy of appearing on the infomercial. When the high fantasies turn into nightmares she flees to the apartment and runs to the casting agency, who see that something is wrong. She is taken to a psych ward and put through humiliating treatments. When none works, she undergoes electro-convulsive therapy. When her friends visit her, they are appalled by her broken state. Her arc ends with her lying in bed in the psych ward, smiling like a child, now completely engulfed in the fantasy of appearing on the infomercial, and Harry surprising her with news of marriage and a grandson.

The absolute failure and total collapse of all of the characters in Requiem begin with at least a leg of empathy for the characters to rip away. There Will Be Blood doesn’t have that. Where Sara and the junkies are humane, and richly sympathetic despite their deep flaws, Daniel Plainview doggedly pursues a very similar dream to them, with vicious cunning, but absolutely no heart. He has a dream, and to him, it has no requiem. It does not even involve loved ones…the illusion of loved ones, yes, but no real caring for them. His only interest is becoming the most powerful oil tycoon he can be. Fake conversion, raising his dead partner’s orphan son as his own (and a sympathetic “I’m a family man” prop), convincing uneducated people in rural dust towns that they’ll all share in his wealth, and even threatening and estranging his son when he wants to be a prospector like his “dad”, all show the sinisterly compelling monster that this man is.

A rotten state of the American dream is present in both movies. Paul Thomas Anderson lingers on his characters’ undercutting charm and heartlessness, but Aronofsky blows through the obvious faults and uses them to undercut not just their dreams, but the very things that would make them achieve it; keep their obsession and destroy their ability to cope with the addictions they themselves are not strong enough to even acknowledge.

In Requiem for a Dream, the scenes of them taking their drugs are never taken for long; the scenes of Sara popping their pills and the junkies cooking their heroin are done in the same repeated tight montages that blow through in three seconds, mostly to transition between scenes. Drugs are a highlight, but not the focus. Drugs aren’t even the real problem, but a dangerous accelerant. They all want to be happy, and all want to pursue a far-off goal, but don’t have the inner strength to even get a foot in front of themselves on their own. Sara gives a truly poignant monologue to her son that she feels deeply alone, and that getting on TV and showing off the red dress she wore to his graduation is the only thing she has to live for anymore. Tyrone wants to get out and be successful, to impress his mother, and make her proud of him. Harry and Marion, they need each other too much to be healthy, even before they embarked on their disastrous. The characters never learn their own strengths or even self-worth.

Darren Aronofsky is a master of torturing the audience with bleak helplessness, illustrated through the characters’ own flaws and baggage. In Requiem for a Dream that’s exactly the point. “Mother!”’s baby scene, horrifying as it was, still was not as depressing. The collective montage at the end, of Sara being violently electro-shocked, Harry writhing in pain over his nearly-black arm, Tyrone having a freakout in jail, and Marion in a debasing sex show, is punishing.

You Must Also Read: There Will Be Blood (2007): A Compulsive Capitalist Against The Volatile Force of Nature

Anderson’s style, on the other hand, is enticing rather than assaulting. There Will Be Blood is entirely widescreen, and every shot is carefully constructed to be a beautifully languorous eye candy. The wide, sprawling landscapes of the southern California desert are waiting for Plainview. The long, slow receding close-up of Plainview talking to potential investors of his ability as an oil driller. Even the violence of the Little Boston oil well explosion and the end fight, all are held for a long time, to be as captivating as possible, patient and inviting, as opposed to Aronofsky’s frantic, anxious cutting from one tight scene to another.

Daniel Plainview is the opposite of the Goldfarbs in every way. He pursues a dream of happiness and success, but he is entirely self-reliant and hates the world and everyone in it, possibly even himself. The scenes of him possibly caring for his son when he became deaf become undercut by his need to be the focus. He needs H.W. as a prop, but not a sympathetic sideshow, so he sends him off. The one hint of actual humanity comes when a man, claiming to be his estranged half-brother, shows up, and he trusts him more than he should until the man reveals something he does not actually know, prompting Plainview to accost and kill him in sheer rage. That likely taught Plainview to never trust another person again. 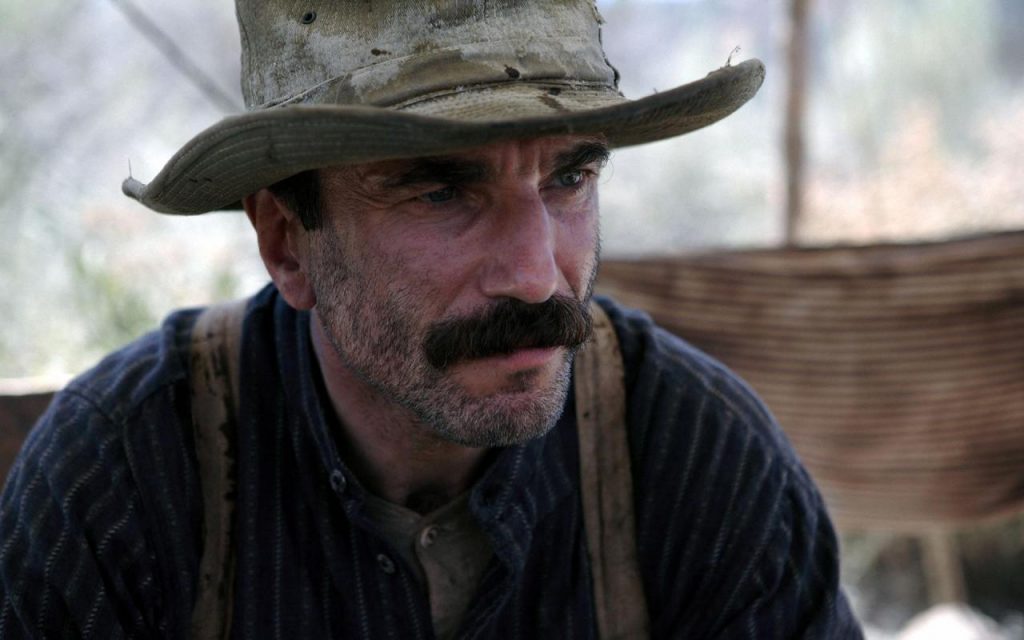 Plainview’s dream is not just to have money for his own sake. He has his American dream, and he is pursuing it relentlessly, but he is driven naturally by himself, to dominate for domination’s sake.

“I have a competition in me…I want no one else to succeed. I hate most people…I want to earn enough money so I can get away from everyone.”

And that’s probably the sharpest and most defining difference between Aronofsky’s and Anderson’s views on the perverted American dream. Aronofsky shows the rot of dependence and pathetic lack of self-esteem, while Anderson paints a compelling portrait of the bootstrapped, self-made, rugged man stereotype, driven to its poisonous, predatory extreme, and shows it enough to feel all too real. And what’s even scarier is in both films it’s hard to tell where the ideal American dream ends and the nightmare begins.

Movies are my passion, and writing is simply the way to talk about it. Young man using writing to avoid procrastination.

There Will Be Blood: IMDb, Wikipedia

Requiem for a Dream: IMDb, Wikipedia

The American Dream as explained on Wikipedia

The Father’s Shadow [2019]: 'Fantasia' Review – The Horrors of Unresolved Grief