Feminism and its Eternal Affair with Film-making

“I measure the progress of a community by the degree of progress which women have achieved.”

Greta Gerwig was at the Ellen Degeneres show when this conversation took place:

It was both heartbreaking and overwhelming to see Rachel Morrison being nominated for the Academy Award this year, for Best Cinematography. Heartbreaking, because she is the first woman in ninety long years to be even nominated for that category but overwhelming because the realization finally hit me, that maybe this is the age when it all has to change.

Greta Gerwig was only the fifth female nomination in the Direction category and the fact that only 11 percent of the Hollywood directors are women (the share is 10% in Bollywood), makes me realize how every film industry is but a reflection of the society, equally bereft of inclusion and representation. The “Celluloid Ceiling” study, which is released annually by San Diego State University’s Center for the Study of Women in Television and Film, found that only 1 percent of the year’s top films employed 10 or more women — whereas 70 percent employed 10 or more men. 99 percent of women working in Hollywood have talked about facing sexism at least in one way or another (including Sarah Gavron of “Suffragette” fame, Emma Watson, Ellen Kuras who shot ESOTSM and Agnes Godard of “The Falling” fame) and many female directors I have stumbled upon at film festivals in India, embarrassingly admit, it would not have been easy had they not been married to a filmmaker themselves or had not been born in a family which already had an identity earned in the field. While European countries occupy all top ten ranks when it comes to the gender equality according to the Gender Inequality Index(GII), the following is the representation of female directors in European Film Industry as of 2013: 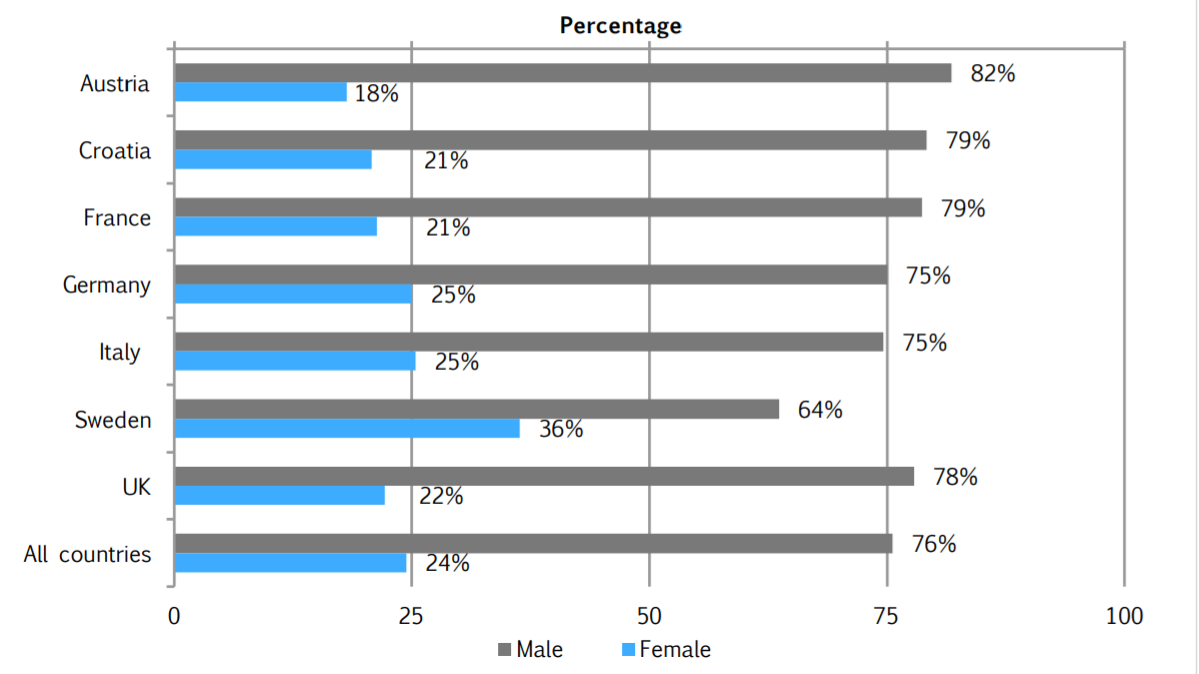 But, what is the most bewildering thing about women in filmmaking is despite the meager representation, they have made extremely significant cinema which is enough for inspiring a dozen of generations of female artists to strive and achieve the high standards they have set.

Alice Guy Blache’s “The Cabbage Fairy”, “The Four Year Old Heroine”, “Falling Leaves” and my personal favorite “The Consequences of Feminism” are notable works of narrative fiction. While being a pioneer of cinema active during the 1890s-1920s phase, she was still not applauded and appreciated enough by media and the male-dominated scenario of filmmaking, which might be a reason women are still looked upon as guests and newcomers in the world of filmmaking. “There is nothing connected with the staging of a motion picture that a woman cannot do as easily as a man, and there is no reason why she cannot completely master every technicality of the art.” Says Alice Guy-Blache, in The Moving Picture World, July 11, 1914.

Then came the era of Lois Weber, the birth mother of intriguing silent cinema like “Suspense” and “Shoes”. Film historian Anthony Slide asserted that: “Along with D.W. Griffith, Weber was American cinema’s first genuine auteur, a filmmaker involved in all aspects of production and one who utilized the motion picture to put across her own ideas and philosophies.” Weber made “Hypocrities” which featured the first ever full frontal nudity and “Where are my Children?” which focussed on abortion and birth control.

The German director Lotte Reiniger was the foremost pioneer of silhouette animation, often making the use of fluidity in her films in her style of expressionism. Some of her marvels were “The Adventures of Prince Achmed”,“Chasing Forture” and “Girl of the Golden West”. Another German filmmaker of those times was the brilliant Germaine Dulac, the woman who steered the art of filmmaking into the unchartered territories of surrealism and impressionism, “The Seashell and the Clergymen” and “The Smiling Madame Beudet” being two of her marvels which even preceded the rise of Luis Bunuel and Salvador Dali. Dulac professed to feminist storytelling and subversion of gender conventions, showing female characters who experience rebirth and transformation, and participation in realms like hunting, driving or sports which have never been considered achievable for women. Dulac’s 1922 series of fictionalized newsreels entitled “Women at Work” showed women in various occupations, including a taxi driver and agricultural engineer. In a feature that same year called The Death of the Sun, Dulac depicts the struggles of a woman caught between her duties as mother and wife and her career as a scientist.

Following her death in 1942, Charles Ford called attention to the difficulty the French Press had with printing her obituary:”Bothered by Dulac’s non-conformist ideas, disturbed by her impure origins, the censors had refused the article which, only after a vigorous protest by the editor-in-chief of the magazine, appeared three weeks late. Even dead, Germaine Dulac still seemed dangerous”.

While Mary Ellen Brute slayed at experimental and abstract musical films, Maya Deren rose to fame and never went down again, with “Meshes of an Afternoon” and “At Land”. She composed and combined her love for dance, Haitian Vodou and subjective psychology in a series of surreal, perceptual, black-and-white short films. Using multiple exposures, jump-cuts, superimposition, slow-motion, and other camera techniques, Deren created continued motion through discontinued space, while abandoning the established notions of physical space and time, with the ability to turn her vision into a stream of consciousness. 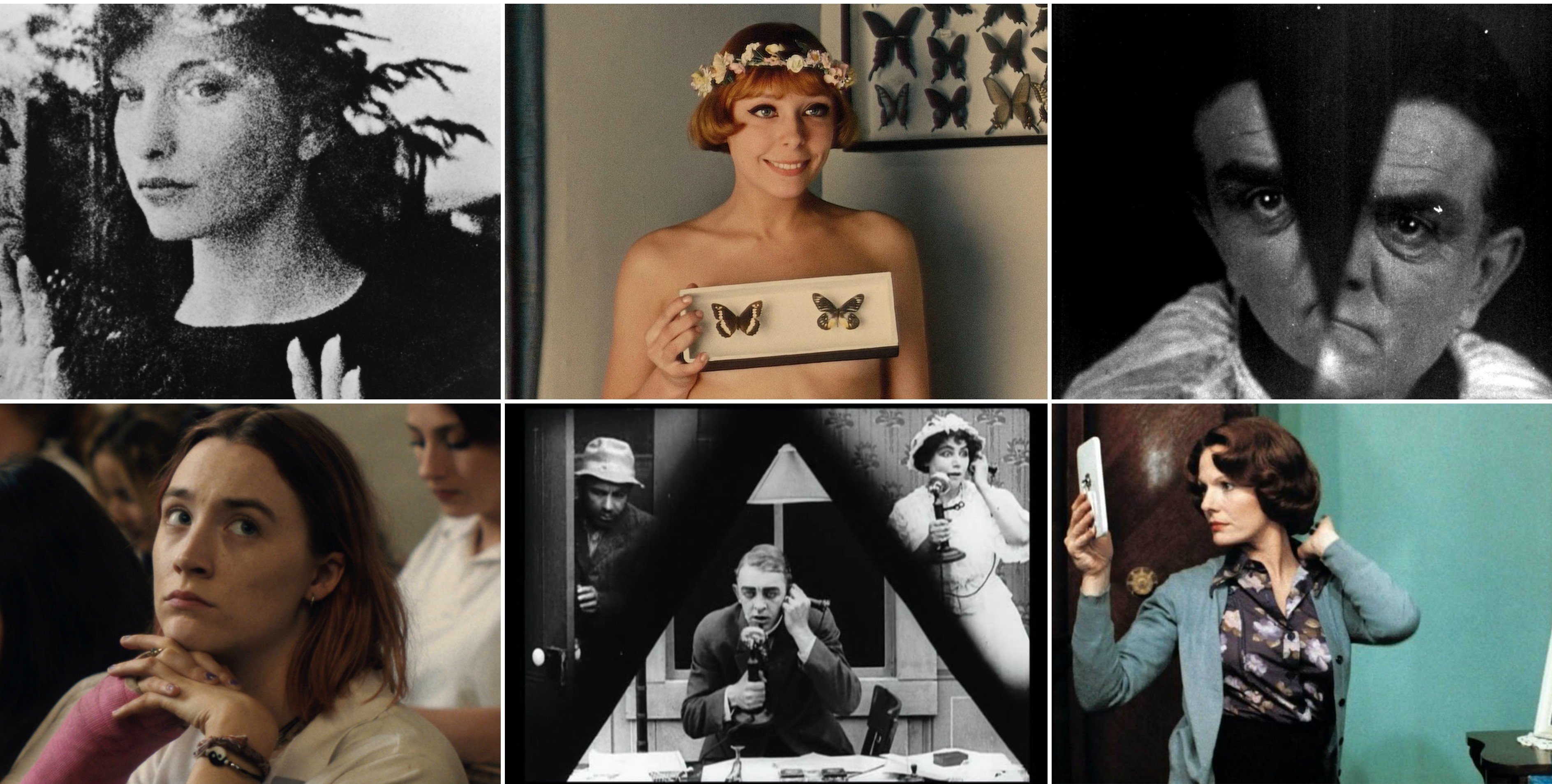 Marie Menken was in a league of own, making gems like “Noguchi” which was a non-narrative film that combined quick, decontextualized shots of the sculptures of Isamu Noguchi with shrill, discordant music. This is how she explained her own self-made genre, “There is no why for my making films. I just liked the twitters of the machine, and since it was an extension of painting for me, I tried it and loved it. In painting I never liked the staid and static, always looked for what would change the source of light and stance, using glitters, glass beads, luminous paint, so the camera was a natural for me to try – but how expensive!”

Chantal Akerman captured depression and city-life loneliness as if she resided in the heads of the hermits, often impeccably dissecting the psychology of the suicidal without any intended agenda. Jeanne Dielman, 23 quai du Commerce, 1080 Bruxelles , “I, You, He, She” and “Toute Une Nuit” will be my personal recommendations from her extremely vast filmography. Vera Chytilova’s “Daisies”,Dorothy Arzner’s “Merrily we go to hell”, Olympia by Leni Reifanstahl, anything by Ida Lupino or Agnes Varda are some other irreplaceable filmmaking for which no substitute by a male director exists. The list would not end if I start including every single one of them who were brilliant; Ariane Mnouchkine, Caroline Leaf, Ana Carolina, Elaine May, Marta Meszaros, Yvonee Rainer,Tang Shu-Shuen.

It’s amusing how the history of cinema is filled with talented female directors who are overlooked even in today’s date and considered non-existent, making the space for women in the industry still look ad-hoc and temporary. Iranian Cinema has made its mark in the eyes of the world lately by winning Academy Awards for foreign films and the resounding names of Jafar Panahi and Asghar Farhadi are heard time and again, but what about Marjane Satrapi, Shirin Neshat, Forough Farrokhzad and Tahmineh Milani? Half of the contribution that females have done to cinema might be lost when they are less talked about, less watched, less valued. 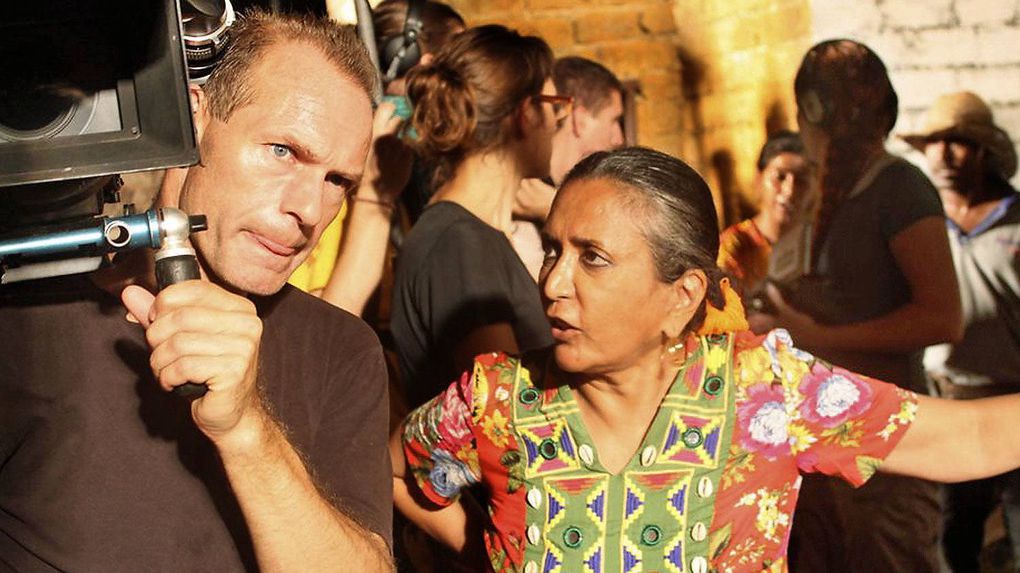 The immortality of an artist depends on the volatile memory of the audience but when the audience emphasizes on one category of art more than others, no one can save the latter from dying a premature death. Even in India where the Kapoors and Chopras reign the screen space, Aparna Sen, Rima Das, Manju Borah, Sai Paranjpye, Alankrita Shrivastava, Mira Nair, Deepa Mehta, Leena Yadav, Sumitra Bhave, Santwana Bardoloi, Satarupa Sanyal, Konkana Sen Sharma, Ruchika Oberoi and Bornila Chatterjee have carved out a separate, unyielding identity for female filmmakers. At Cannes last year, the only Indian entry was from a female director, Payal Kapadia, a student at the Film and Television Institute of India whose 13 -minute short, Afternoon Clouds, is the first Indian film to be selected for the Cinefondation section, which chooses entries from film schools worldwide.

Women have worked hard, established and sustained their position in film industries long ago and the only part of the struggle that remains is reclamation, celebration, and acceptance of their work. Not only in cinema, but also in science, economics, and philosophy, the contributions of women often do not draw as much attention from media and their own community as those of men. Worse, if the women are co-directors alongside men; Miéville with Godard, Ágnes Hranitzky with Bela Tarr, Evelyn Lambart with Norman McLaren. The validation of their work is as necessary as their representation in the industry for effectively breaking the notion that women have never had a tryst with cinema in the history. Make their films great again. Let feminism evolve into and conquer even the reserved spaces of art. Let them be represented, appreciated and criticized where due. And next time someone asks you where are the women in filmmaking, tell them they are right here, neglected and ignored but always growing, always coming back, irrespective of the limitations, the biases, the shortcomings.