The Meyerowitz Stories is not afraid to let its characters hug and learn, and the film ends on a note that is almost radically hopeful after all the vitriol and baggage we’ve seen up until then. A pleasant welcome to familiar Baumbach territory.

Among contemporary filmmakers, Noah Baumbach perhaps has the best understanding of realism on celluloid. His grossly underrated works all center around issues which we come ashore with in real life. Be it living in a dysfunctional family, or instantly getting swayed by an elder counterpart with a happening life, we all have been in those situations. The Meyerowitz Stories went pretty much unnoticed in a year dominated by the love story of a fish and a woman (just kidding. I LOVED the movie). Featuring an A-list cast with names like Dustin Hoffman, Adam Sandler, and Ben Stiller, The Meyerowitz Stories tacitly slipped under the radar, which is really unfortunate considering the quality and emotional depth of the film.

The premise of the film revolves around a dysfunctional family with sumptuously outlandish characters. Divided into individual stories for its main characters (excluding Hoffman’s), it starts off with Danny Meyerowitz – an unemployed, middle-aged spinster, whose daughter is going off to college. We are then introduced to the rest of the family, apart from Danny’s stepbrother; the successful and overbearing sculptor, Harold, who is Danny’s father; Maureen, an eccentric alcoholic, who is Harold’s third wife; and the awkward and socially inert Jean, Danny’s sister. During the course of his stay at his dad’s, Danny tries to be as involved in Harold’s life as he possibly can. When Harold is diagnosed with a chronic subdural hematoma, the family comes together, including Matthew, and make a joint effort to be there for their ailing father. Probably the reason that Harold doesn’t have his own story is the fact that he is a part of all the other character’s stories and the only link that holds them together. Without Harold, the other three would be estranged and devoid of any connection.

Baumbach is smart in focusing on the relationship between Harold and his children in the start, dealing with all of them individually, and then after he is out of the equation, the debilitated relationship that the three siblings share. It is because of this reason that the movie flows smoothly in the start and then sort of down spirals into a start-stop vehicle on a hilltop failing to get momentum and power through in the later stages.

Baumbach’s ear for conversations is another feature of his films and stands out in The Meyerowitz Stories. In real life, when two people share a conversation, rather than speaking after each other, they tend to speak over each other and chose to move forward in a way that best suits their part of the talk. That’s exactly what happens here and the natural way in which Baumbach and the cast integrate this into the narrative is striking. People are self-indulgent in real life, nominating their troubles and miseries over their counterpart’s and use them as compassionate tools to feel better about themselves. Baumbach populates The Meyerowitz Stories with plenty of characters who don’t care about the despairing state of even their own family members. Like in this interaction between Matthew and Harold when they’re in a restaurant. I’ve separated the character’s individual dialogues to understand better how we behave in real life. 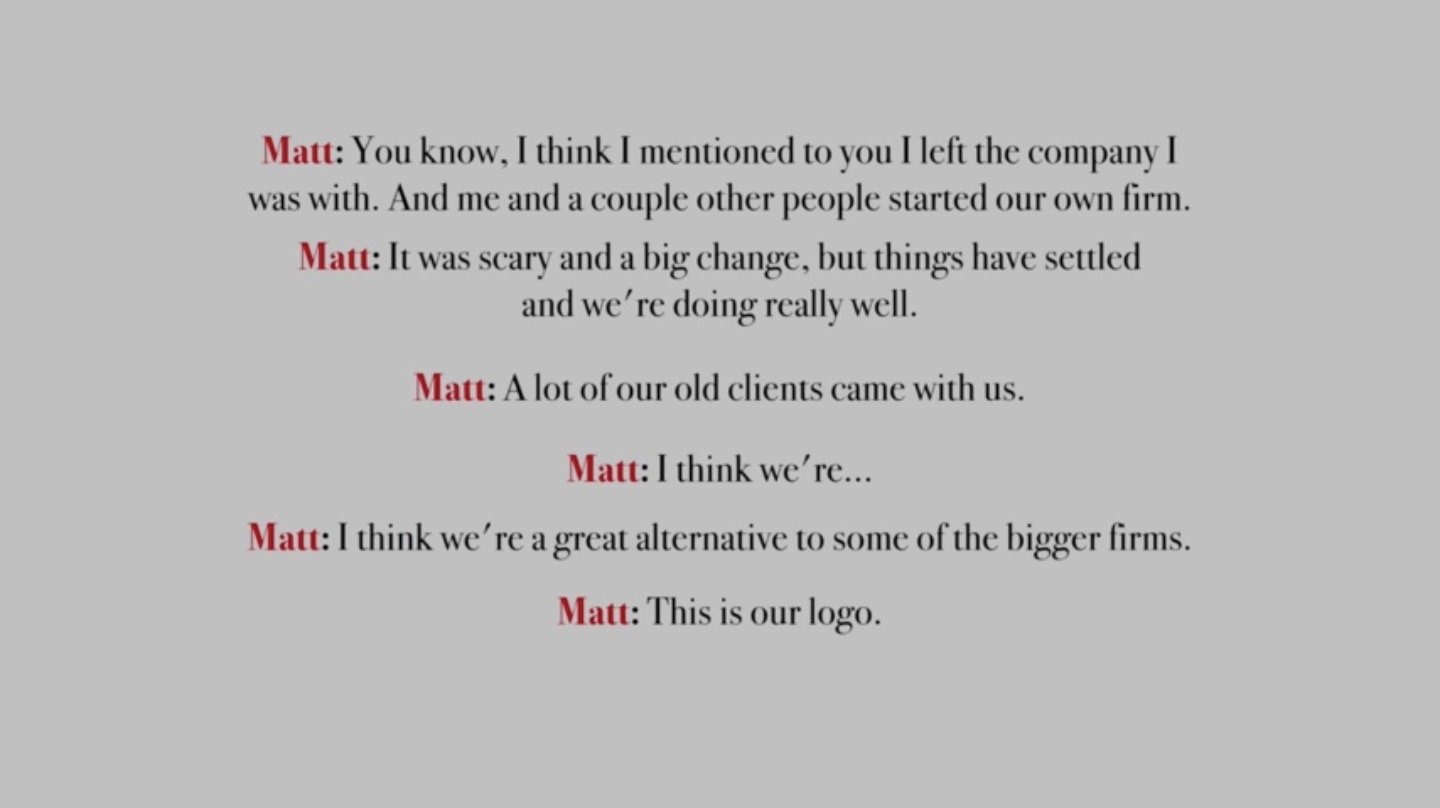 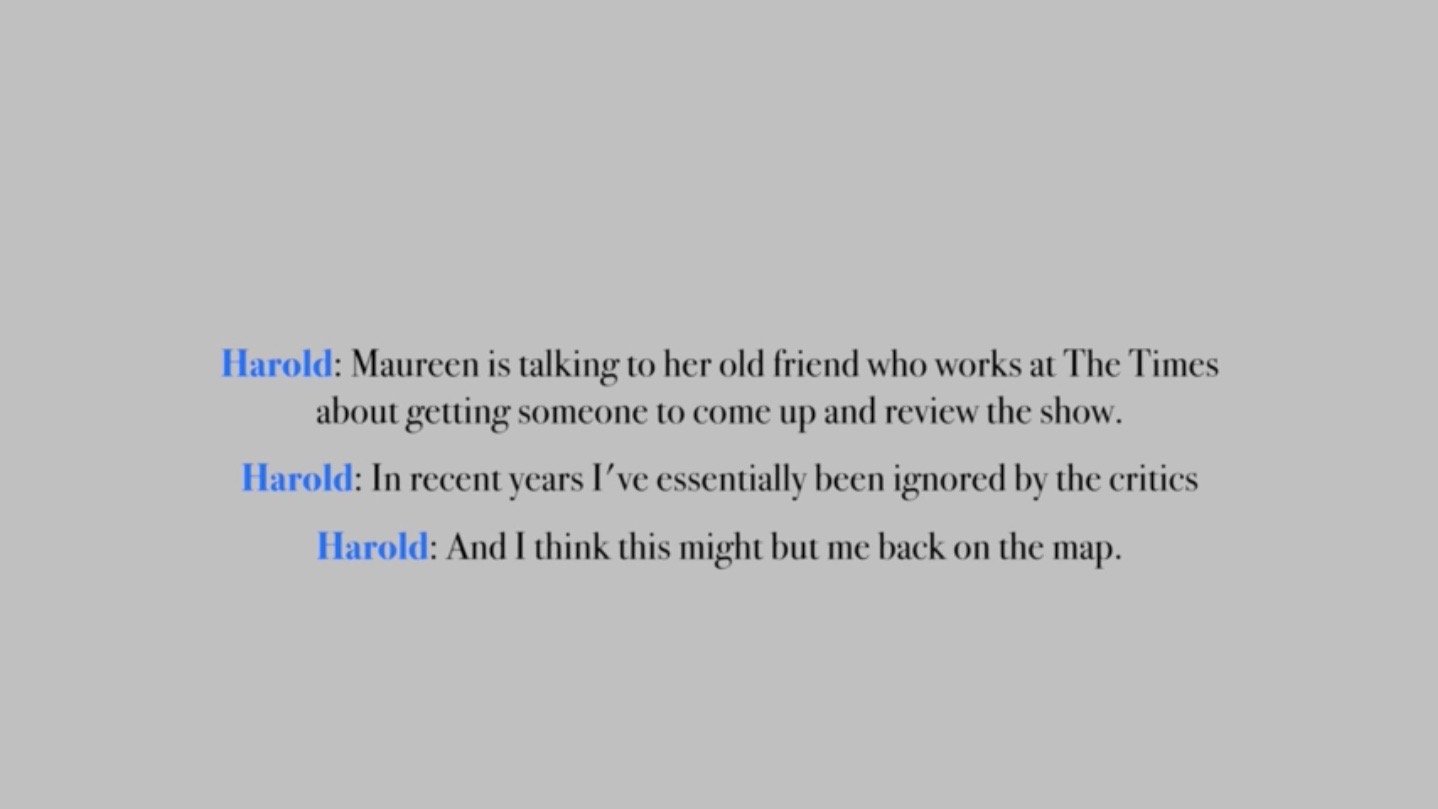 While Matthew talks about his own life fears and aspirations, Harold counters with problems and fears of his own. A recurring theme throughout the movie was the great shadow of their father that Matthew and Danny lived their lives under and how the former was successful in proving himself to be the better man and prosperous with money. This is exactly what Harold tries to do here by disapproving Matthew’s achievements and instead ruing his own condition, being ignored by critics and contemporaries.

Another scene that I so vividly remember and am in awe of is the elevator conversation that Matthew and Danny share. Something we do in real life is complete each others’ sentences to get a better understanding and further our connection with the person. Danny tries to do that and succeeds in almost making Matthew’s sentences his own, something which is a symbolic representation of the fact that Danny wants to be like Matt, that somewhere deep he’s jealous of his stepbrother and is in deep abhorrence of himself. The scene is also successful in presenting us the emotional and power dynamics between the two brothers. With the body language of the characters, Baumbach cleverly makes it clear that Matthew is emotionally dominant in their relationship possibly because of his advanced status in life. He is self-assured and casual in his way of talking, while Danny is constantly nodding and making sure he makes as much eye contact as possible to level himself with Matthew. This speaks volumes of how good Baumbach is in emulating real-life on screen.

Adam Sandler puts in a special performance that is distinct and unique than any other thing he has attempted in his career (apart from Punch, Drunk, Love perhaps) and many other performances this year. Perneially dressed in Khaki shorts and casual sports shoes, Danny is a sad man, whose life is incomplete and devoid of purpose other than his daughter, on whom he tries, and fails, to impose a forceful friendship. He tries to constantly be involved in his father’s life as he was neglected by him as a child. That’s made explicit through a sculpture that Harold gave form to and named Matthew, while not doing so for Danny (now this is so so interesting, During the end, when Danny comes to know that the statue was actually Harold’s feelings for Danny, he becomes solicitous towards his father and refuses to stay in his shadow). Sudden bursts of anger and the limp he carries through to the end seem so innate that you almost don’t feel it is Adam Sandler. 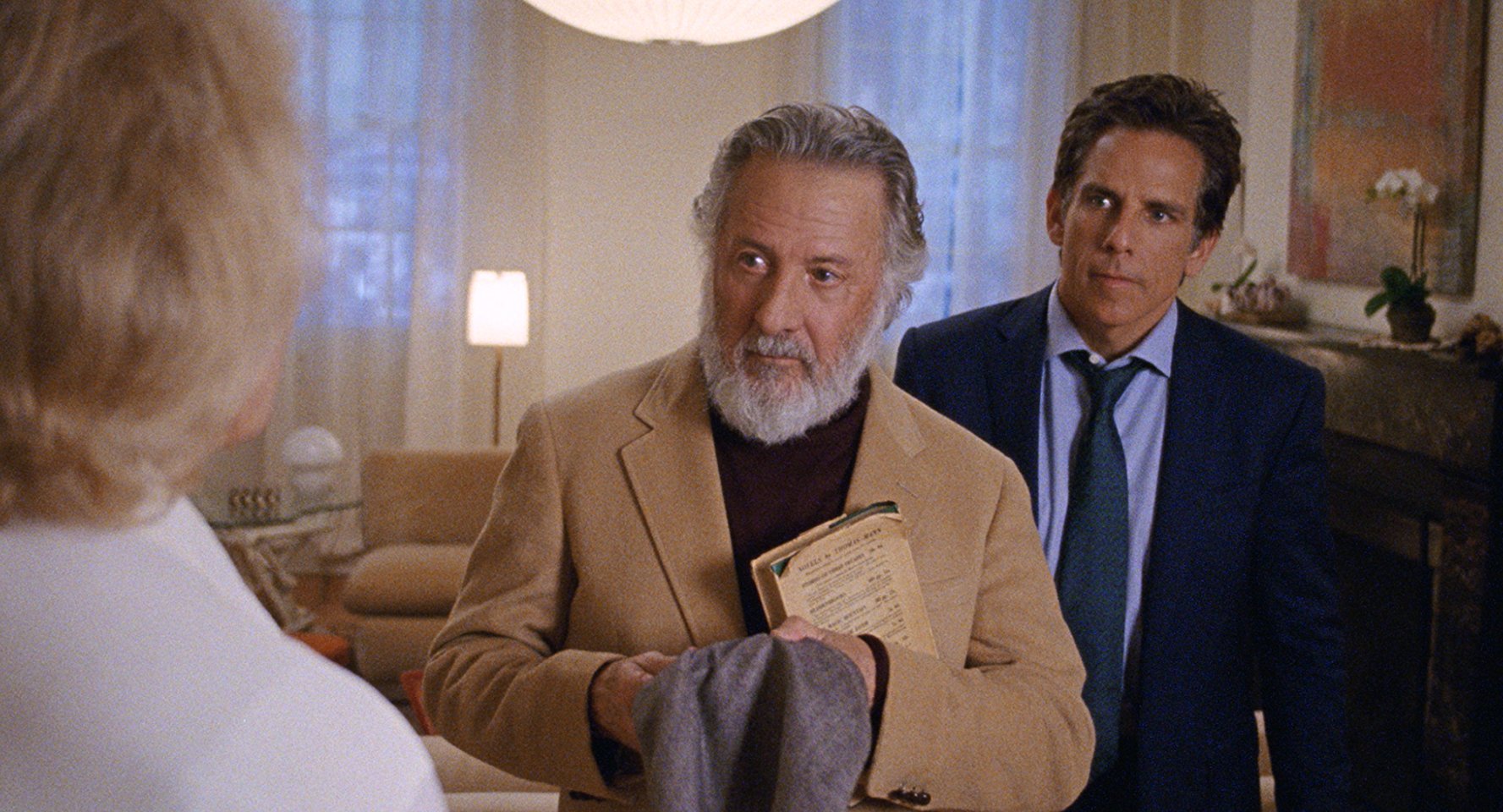 I would probably rank The Meyerowitz Stories as Sandler’s best performance till date. It is implied through the narrative that the film is about Danny as his sudden bursts are mirrored in the film through jarring tonal changes. For instance, when Paul comes to visit Harold, the siblings are sympathetic and feel good for their father. But when they come to know of Jean’s harassment, they grow resentful and vandalize the old man’s car, proceeding to awkwardly share hugs with an attending nurse the two have a crush on. This scene presents a contradiction in the sense that the two brothers are very alike and constantly hug the nurse for a longer duration than the other to again compete and prove themselves better.

The Meyerowitz Stories is not afraid to let its characters hug and learn, and the film ends on a note that is almost radically hopeful after all the vitriol and baggage we’ve seen up until then. A pleasant welcome to familiar Baumbach territory.

Feminism and its Eternal Affair with Film-making