Artistic inventiveness is about transforming a simple work into a complex one and the Danish screenwriter and director Thomas Vinterberg has already stated this 22 years ago with Dogma 95’s most emblematic film Festen (1998). After some diversions that were a little too conventional, Vinterberg returns to form with ‘Another Round (Druk).’

The film has a straightforward premise. A group of four high school teacher friends who decide to test a theory that bases itself on the fact that they were born with a 0.05% blood alcohol deficit and if that percentage were met, their life would be better.

Related to Another Round (Druk) – THE COMMUNE [2017]: HABITAT INTERNATIONAL FILM FESTIVAL 2017 REVIEW

In more cowardly hands, this story would be incredibly moralistic, but the screenwriters (Thomas Vinterberg and Tobias Lindholm) and director (Vinterberg) make it extremely humanistic. The structure of the work is based on the cause and consequence of certain predictability in the combination of alcohol and exaggeration but the context of the group’s profession (teachers) and the starting point for formulating academic research reverts everything to unpredictability which is both delightfully comic and naturalistic. 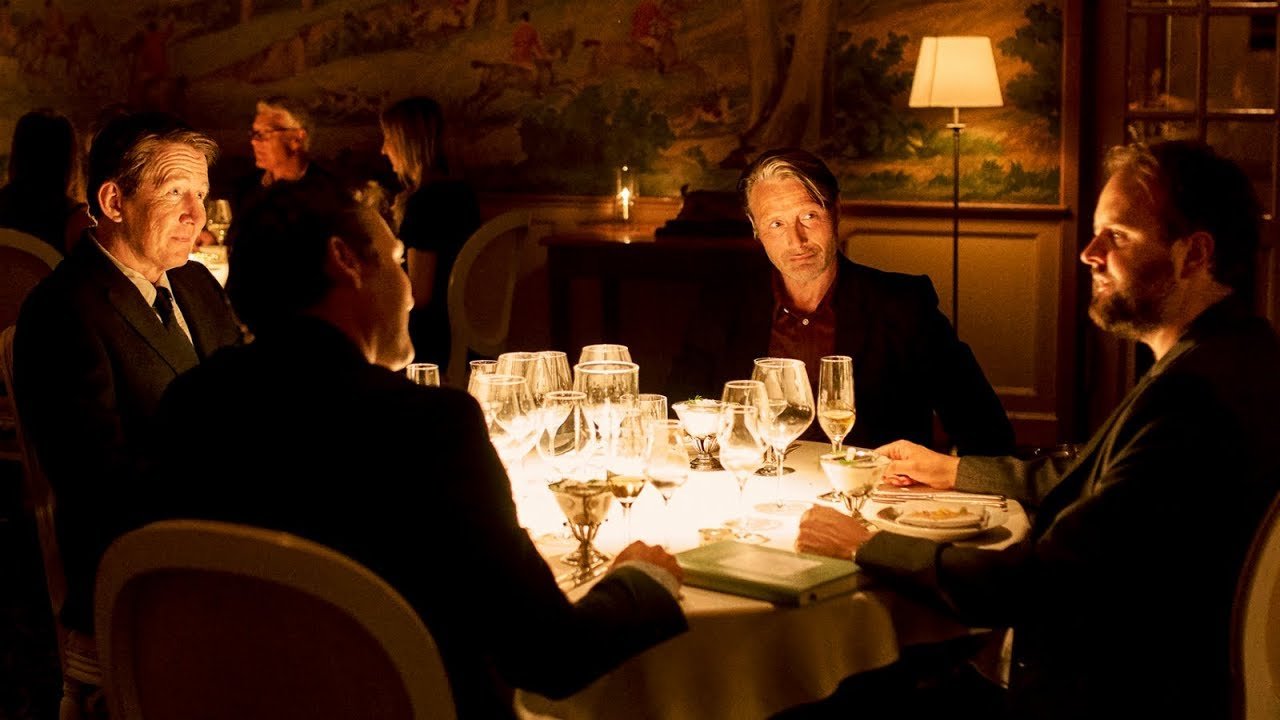 Still in Vinterberg’s humanist approach, his ability to move from comedy to drama is practically imperceptible with one genre complementing the other. Having moments like the character Nikolaj urinating on the bed with his wife or Tommy arriving drunk at a teacher meeting make for a glorious watch. This and more are among the best and most subtle definitions of tragicomedy in cinema.

It works in a way that at the end of the film we are contemplated with an iconic sequence full of positive vigor (with a sublime choice of the song What a Life from Scarlet Pleasure; with all the remaining fluidity of the film Ema) that proceeds a moment of immense drama. The director only reinforces with extreme power life with it is – fleeting and seductive without any pity for the individual.

As expected, Mads Mikkelsen is splendid. He presents us with one of the best interpretations of his career composing a character on the verge of collapse and because of all the drinking, makes him a time bomb full of charm and nuances that say a lot about contemporary men. All the other three in the group, Magnus Millang, Thomas Bo Larsen and Lars Lanthe also put on a show apar even if they work more together than in individual moments.

The usual Vinterberg’s handycam which in a story full of drunks could become excessive and predictable is used in contrast to fixed compositions in the most unexpected moments. The madness of camera movements represents sobriety and rigidity to drunkenness. Quoting once again the exceptional song What a Life in addition to being used masterfully at the ending, at the beginning it’s also inserted, creating a striking musical and visual rhyme.

Another Round exceeds expectations that were already high by delivering honesty instead of cheap moralism on a very delicate topic.’

Another Round (Druk) Trailer

Another Round Links – IMDb, Wikipedia 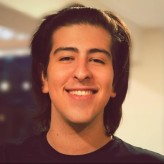 ‘Tripping with Nils Fraham' to have exclusive premier on MUBI December 3, 2020