Home»Lists»Bresson and the agony of innocence: 3 Tragic Films from the Master of Minimalism
Lists

Minimalist, Ascetic, Austere and Formalist are some of the adjectives attributed to French filmmaker Robert Bresson and his unique brand of cinema. His avant-garde filmmaking style and restrained sensibility continue to be debated and dissected to this day as many viewers find it difficult to grasp his work. People who have watched Bresson’s films fall broadly into two categories: one, who don’t understand his cinema and find his films extremely dull and boring to sit through; whereas the ones in the second category who ‘get’ his films revere him like no other filmmaker. This minority club that swears by his works includes some of the finest filmmakers ever including the greats like Andrei Tarkovsky and Jean-Luc Godard.

Bresson unflinchingly presented the brutal reality of our world without any filter and the evil that cruel human beings inflict upon innocent ones. The audience looking for a ray of hope at the end of a dark tunnel is likely to be turned off by his films since Bresson’s uncompromising portrayal of the truly disturbing nature of society runs contrary to the cinema of positivity that most viewers seek. Never one to trespass on the terrains of sentimentality and hijack the emotions of the viewer, Bresson adopted a very distant and objective approach while filming ‘sad’ scenes. Yet, he magically pulls in our senses and evokes empathy for the suffering characters in his films that leaves a lasting impact on the mind. As Scorsese puts it, “We are still coming to terms with Robert Bresson, and the peculiar power and beauty of his films.”

The victimization of innocent beings is a major theme across his filmography and three essential films that dwell in the tragedy are highlighted below. A sickly young priest arrives in the village of Ambricourt, France to attend to his first parish but is treated to a hostile welcome by the community. They ridicule him and spread false stories, making the innocent priest an outcast very soon. As the ailing priest experiences increasing humiliation and loneliness, his faith in God starts wavering and he is tormented by metaphysical questions about existence. Claude Laydu’s debut performance as the suffering and helpless priest is one of the most moving performances ever. The constant pain on his face due to the mental and physical agony he undergoes in the film is a masterclass in acting from an otherwise cheerful person off-camera.

In Diary of a County Priest, Bresson uses the inner voice of the priest as the narrator of his diary notes. This style would go on to influence Paul Schrader and Martin Scorsese while making their 1976 film Taxi Driver. Even Scorsese’s spiritual epic Silence (2016) and Schrader’s film First Reformed (2017) about a pastor, draw heavily from Bresson’s film. In a 1972 interview, Tarkovsky mentioned Diary of a Country Priest as his favorite film of all time.

Other Movies of Robert Bresson: A Man Escaped [1956] 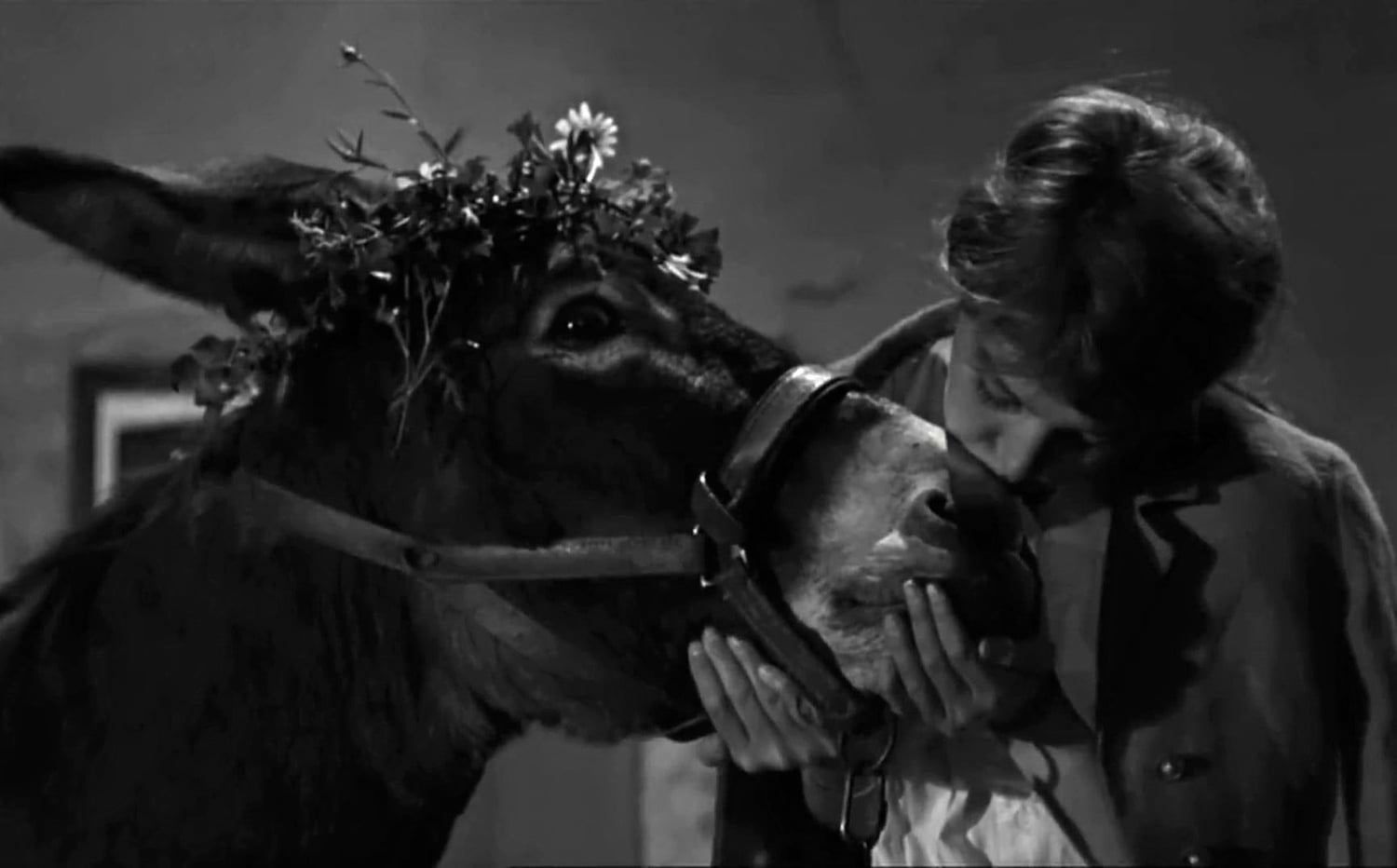 Regarded as Bresson’s greatest film by most critics and top filmmakers, this heartbreaking masterpiece parallels the mistreatment of two innocents: a young farmer’s daughter who is seduced by the leader of a group of young delinquents; and the donkey Balthazar who is passed on from one owner to another, enduring endless cruelty and suffering. Through the donkey, Bresson tries to open our eyes to the suffering we unknowingly inflict on beings that we don’t empathize with or look down upon. In popular culture, a donkey is considered the dumbest of creatures and we feel entitled to burden it with a heavy load, never bothering about how it feels. This insensitivity and indifference in our attitude are reflected in our dealings with members of our own species whom we consider inferior or less intelligent than us.

Godard, rightly says in his review of the film that, ‘Au Hasard Balthazar is really the world in an hour and a half’. Surprisingly, the most infamous negative review of the film came from Ingmar Bergman, an otherwise admirer of Bresson. “this Balthazar, I didn’t understand a word of it, it was so completely boring… A donkey, to me, is completely uninteresting, but a human being is always interesting.”

Other Movies of Robert Bresson: Pickpocket [1959] 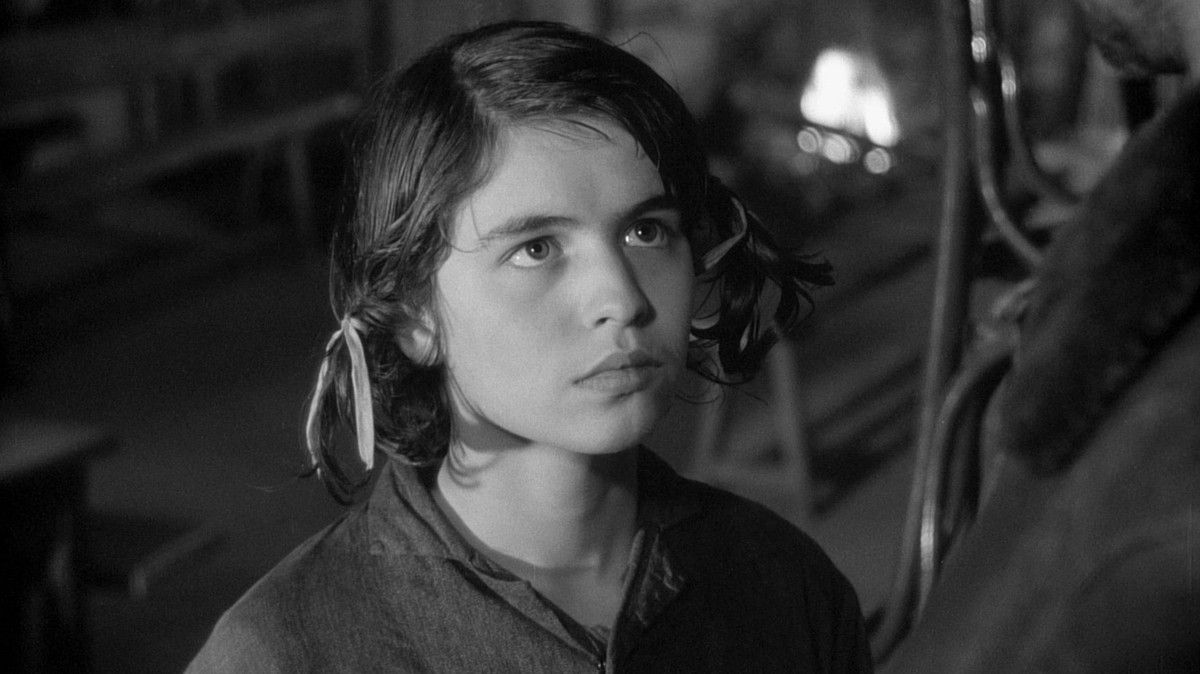 Mouchette is my favorite of the three films. Right from the opening frame, one learns about the tragic fate that its titular character would have to undergo in the film. A dying mother, an alcoholic and indifferent father, a baby brother to take care of; the school-going Mouchette is burdened with responsibilities at home. To make matters worse, the hostile and cruel external world offers her no solace from her anguish. With this film, Bresson pushes his minimalist style further by using sharp cuts after scenes of immense tragedy and no background score throughout the film. By doing so, he creates a time bomb in Mouchette waiting to explode anytime. This austere approach is what makes the tragic ending of the film so silently explosive when the classical background score kicks in. It is regarded as one of the finest climaxes when it comes to the editing of films and was the main inspiration for India’s foremost experimental filmmaker Amit Dutta to plunge into filmmaking.

Godard was so impressed with the film that he directed the trailer of the film. Bresson’s preference for working with non-professional actors pays off in Mouchette as the young Nadine Nortier delivers one of the most tragic performances on screen.

Another Round [2020] Review - When Honesty Overcomes Moralism

Why You Should Engage in Playing Computer Games