From featuring dead bodies that not only fart but fall in love, to mothers giving birth to children without sexually conceiving them - 2016 had weirdness all abound on most of the divisive films of the year. While weird is mostly associated with bad, here are 10 films that play with the essence of weirdness in order to tell tales in their own fascinating way.

From featuring dead bodies that not only fart but fall in love to mothers giving birth to children without sexually conceiving them, 2016 had weirdness all abound on most of the divisive films of the year. While weird is mostly associated with bad, here are 10 films that play with the essence of weirdness in order to tell tales in their own fascinating way.

Madly is a global anthology film featuring 6 short films with the strangest kinds of love possible. In Clean Shaven (directed by Anurag Kashyap) the leading lady shaves her pubic hair when prompted by a young admirer. In Afterbirth (directed by Mia Wasikowska) a young mother unequipped to handle her own child – almost kicks her, leaves her stranded and stares at her in utter bewilderment. In Love of Love (directed by Sion Sono) a Japanese family’s sexual subversion results in a crazily weird family reunion in a sex club. 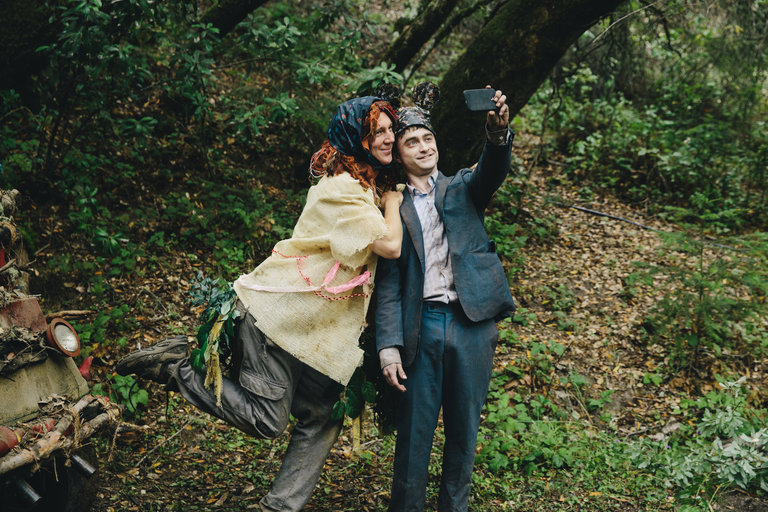 The Daniels, known for their twisted sense of wry humor in their famous music video ‘Turn Down For What’ bring their senses to this symbolically astounding, charmingly weird comedy about an introvert/suicidal dude and a farting corpse, while one of them is stranded on an Island. Swiss Army Man features Daniel Radcliffe as a farting corpse whose farts are stored by corck-ing his asshole and using him like a jet-skies whenever necessary. The weirdness comes all about when the dead Swiss Army Man works like a compass showing directions with his boners, dancing to acapella tunes and falling in love.

Tobias Nölle’s Aloys is an excellent film about modern day alienation. The titular character lives in the strangest strangeness that you could imagine. His videotapes & cat are the only ones that give him some kind of comfort. Nolle’s film has strangeness all abound. From having 70s style theme parties in one’s head to not being able to wake up out of the phenomenon of ‘phone-walking’, Aloys seem to roll up all kinds of weirdness up its sleeve.

Isaac Ezban’s The Similars is shot in absolutely relishing grainy imagery of the 60s. Being a sort of tribute to The Twilight Zone and classic campy horror films, The Similars features glowing blood flow as people stop accepting the physical transformation that their bodies are having. If the title isn’t a hint enough, I’d go ahead and say that as the film progresses, the 8 people in the film slowly transform into the same guy with lots of facial hair. Who is making this transformation? Well, you should watch it and find out. The Similars also feels like the love child of someone who has seen the aliens in way too many comic books. The lost child of insanity lurks in every corner of The Similars.

Agnieszka Smoczynska’s The Lure is a vampire-mermaid-musical where two sister-mermaids find themselves jobs to sing at a polish strip-club. One of them falls in love with the bass player of the band they had found on a day ashore. The Lure feature one of these sisters going on a vampire rampage on the human society, while the other wishes to lose her mermaid fins to turn human. The weirdness intensifies as Smoczynska’s film features a lesbian mermaid sex scene, a trippy overdose of insane-ness and mermaids turning into foam as their revenge didn’t run its course.