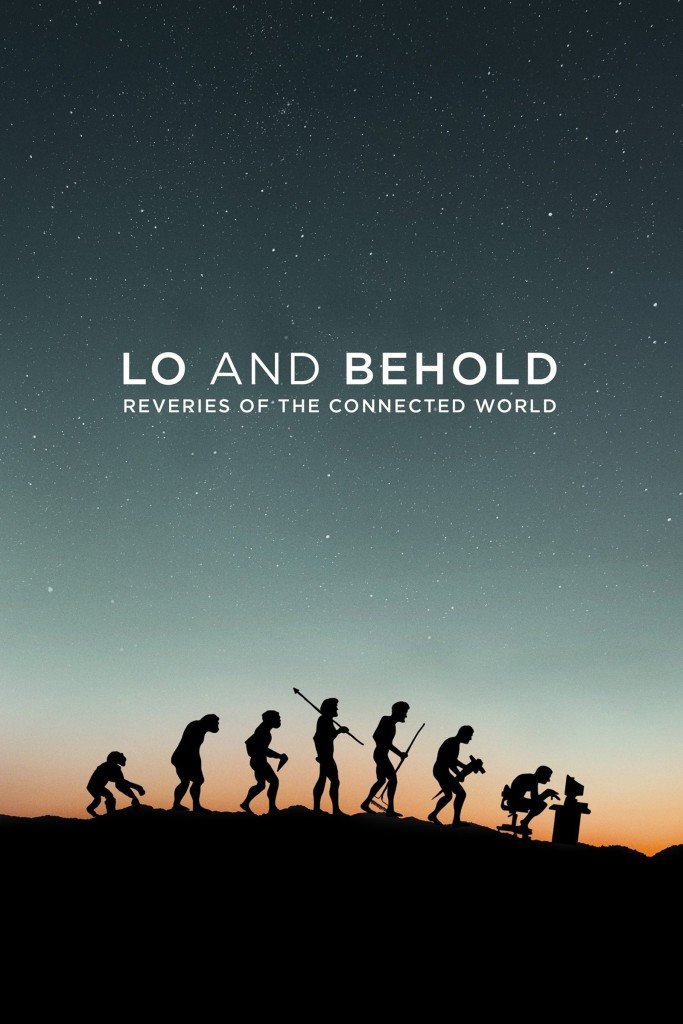 Does the internet dream of itself?

Legendary anime film-maker Hayao Miyazaki said, “Today, all of humanity’s dreams are cursed somehow. Beautiful, yet cursed dreams”. He was referring to the human’s curiosity & unquenchable thirst for scientific and technological discoveries that somehow leads to the annihilation of our unique planet. Does the technologies that surround us to create the alleged connected world an extension of our cursed dreams? Of course, it is beautiful and endlessly fascinating, but how does this rapidly evolving digital age is going to shape humanity’s future? Something incites me to recoil from the digital world, although I can’t stop marveling at it. This conflict forms the crux of the documentary Lo and Behold: Reveries of the Connected World (2016), which was directed by the expert film-maker/documentarian Werner Herzog. Herzog is sort of a Luddite. He once admitted that his internet usage is limited to checking e-mails and inquiring on Google Maps. But, at the same time Herzog is not a film-maker who approaches anything with preconceived ideas. He has an indomitable spirit to question, to explore, and gently probe. He is the perfect outsider to approach this connected world, equipped with his own distinct brand of philosophies and eccentricities. With “Lo and Behold”, Herzog, the man who have filmed on all seven continents, efficiently dives into examine the web’s past, present, and a possible future. And, it’s electrifying to hear Mr. Herzog’s (often parodied) voice which stirs up both amazement and trepidation.

The documentary is divided into ten chapters, and each of the vignettes the exciting as well as alarming features of the digital world, from its early days to the unpredictable future. Herzog first goes to University of California Los Angeles (UCLA) to meet the gray-haired internet pioneer Leonard Kleinrock, who energetically explains the first attempt to transmit data, back in 1969 from a hulking appliance to a computer at Stanford Research Institute (400 miles apart from UCLA). The first message to be transmitted was a simple ‘Login’ command. But, the system crashed after the sending the first two letters (‘Lo’) the systems crashed, which makes the original programmer Leonard to enunciate, “Lo” as in ‘Lo and Behold’. We couldn’t have asked for a more succinct, more powerful, more prophetic message than “Lo”. It does indeed seem to be a prophetic message, but is will it have a best or dire effect ion human society? It was what Herzog tries to inquire with his unique collection of interviews.

Herzog doesn’t pretend to have gained intimate knowledge of the web. From UCLA to Carnegie Mellon University to Las Vegas Hackers Convention to a rehab center for internet addiction, Herzog travels to different places which interests him. Despite, the neat alignment of the chapters, he is not after a cohesive piece of storytelling method. Plenty of details and information we come across here are thoroughly explored in many other documentaries. However, Herzog is able to imbue an unparalleled experience through his smart approach to question the technological evolution. Apart from studying how internet affects the lives of an individual or a society, Herzog takes a broader approach to inquire upon the moral and philosophical implications of humankind’s digital-dependence. There are plenty of interviews with talking heads – mostly scientists — whose enthusiastic narration about evolving technologies couldn’t be always understood, although Herzog keenly catches over some eccentric moments in the interviews (for example, the interview with IT pioneer Ted Nelson).

We see Buddhist monks immersed in their smartphones; a hermetic community playing banjos and fiddles; a recovering internet addict afraid of talking about her multiple online personalities. There’s something distinct in these images and interviews that can be termed ‘Herzogian’. Which documentarian would actually ask about dreams to a guy like Elon Musk (founder of PayPal, Tesla cars and Space X)? He is not just marvelling about the perfection of internet, but also allows the camera to investigate (with dry humor) the imperfections of the people who discovered these advancements. Each vignettes  juxtaposes the compassionate and cruel side of humans using the internet. On one hand, we have a driver-less car-maker taking about sharing information to prevent further accidents, while on the other hand we observe the cruelty of few humans who sent horrific pictures of a car crash victim (leaked online) to the deceased’s father, attached with sick messages. The mother of the deceased believes that the web is “manifestation of the Anti-Christ”. The light-hearted note of witnessing foot-ball playing robots is positioned alongside the unbelievable tales of internet addiction. We can feel the unsettling silence around us when we learn about web-addicted South Korean couple played a video-game which led to their baby’s death by starvation. It is tragic to see a colony of people who has left their family and former lives due to severe radiation sensitivities. 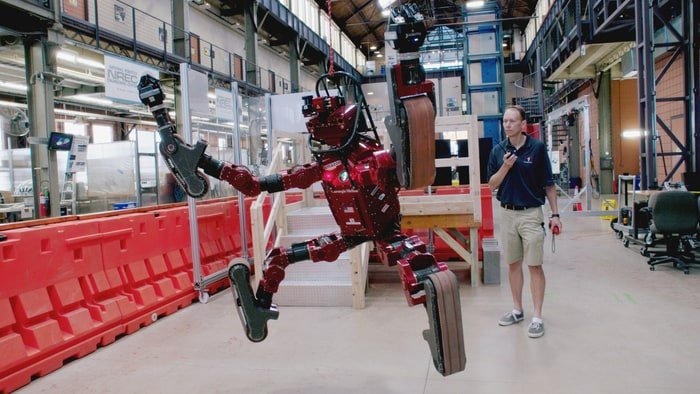 Astronomers warn of solar flares that could trigger total online blackout. A scientist proclaims, “If the Internet shuts down, people wouldn’t be able to remember how they lived before.” That’s a very alarming statement and how much loss would we face for our over-reliance on digital sophistication? In the final chapters that deal with ‘Artificial Intelligence’ the questions do get broader as Herzog ruminates on the unforeseeable next generation technologies of sentient robots. Despite all the horrifying and doomsday possibilities, related to the connected world, Herzog doesn’t turn those sections into a monotonous harangue. He assembles a preview of what could happen without declaring ‘this is it’. In a way, “Lo and Behold” has subjects who are all opposite of trademark Herzogian characters. While a typical Herzog protagonist or documentary subject loses himself in his attempt to conquer the rugged nature, here the ‘connected’ people are losing their relation with nature to put up a virtual identity. In the end, the provocative film-maker does say what’s important for humanity to thrive without gloomily concluding ‘everything’s gone to hell’. There’s a sense of hope (or nostalgia) as the finishing shot is that of a community of cell-phone free individuals, harmoniously singing together.

Werner Herzog’s “Lo and Behold: Reveries of the Connected World” (98 minutes) explores the grim, weird and the fundamentally positive side of man-made marvel – internet. The veteran film-maker’s keen perspective and the absence of moralistic hand-wringing stop it from being just another documentary about the digital world.