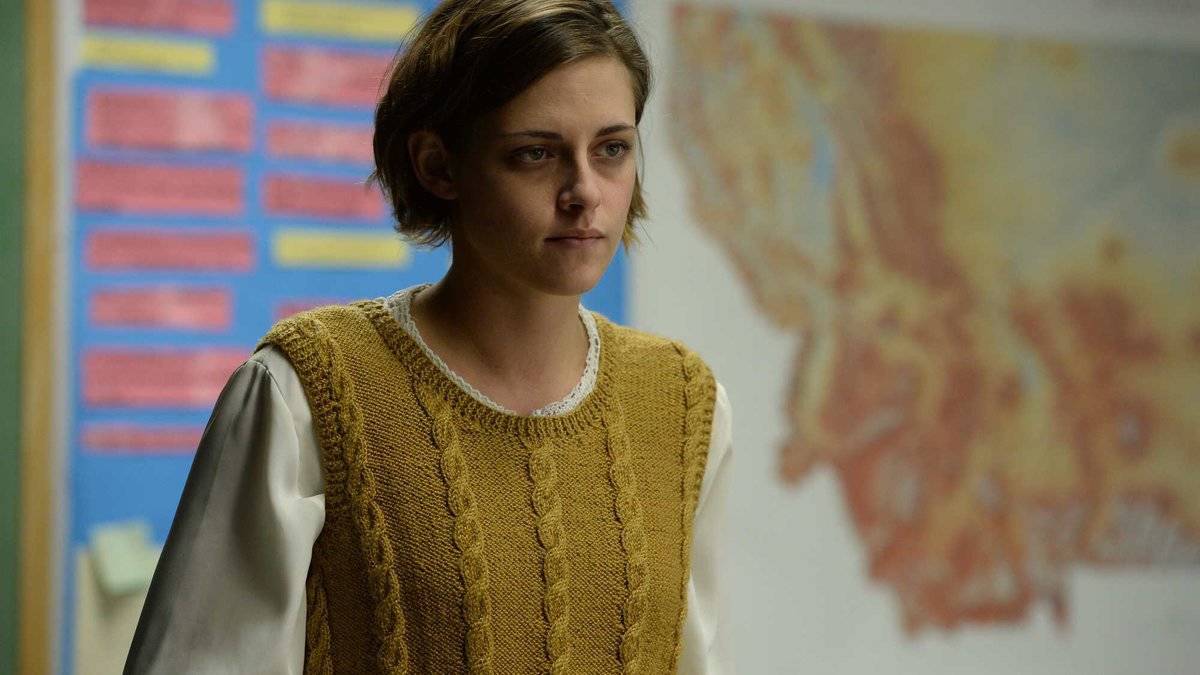 Writer/director Kelly Reichardt believes in the cumulative power of the subdued aesthetics. Her shot seems to be going on and on, showcasing nothing but desolate space. Nothing important seems to be happening in the characters’ lives; none of the startling epiphanies and no hope for transformations. But as I said, the muted visuals gradually accumulate a power to make us profoundly understand the internalized pain of  the writtench aracters. The title plus the story line of Reichardt’s latest movie “Certain Women” (2016) may give some idea to the viewer. Of course, the film-maker’s intent was to comment on the strong, but undervalued women. But Reichardt is more interested in designing a refined visual language than hurriedly shove in her themes. The result is that she doesn’t weave just another feminist or girl-power cinema. “Certain Women” is certainly about the quiet desperation of four independent females trying to carve a place for themselves. These women face the terror of getting cold-shouldered. Something dramatic happens in each of the film’s chapters, although the director concentrates on the multitude of inexpressible sorrows than on the possibilities for drama. The film-maker keeps her camera on these dejected women, not only capturing their words, but also studying the space around them, their silences, and awkward pauses.

Based on the American writer Maile Melloy’s short story collection, “Certain Women” tells three very loosely connected tales of four women, living in the oft-forgotten American Midwestern region.  Each story is moody and very quiet. The four women live in and around the small town called‘Livingston’, in Wyoming. The film opens with series of outdoor shots, presenting the vastness of the picturesque landscape before settling in on the main street of the small town and three majestic mountain ranges hovers in the background. But, despite the land’s vastness, the strong-willed women of the town aren’t able to find their footing. In the first story, personal injury lawyer Laura Wells (Laura Dern) mulls over that “It would be so lovely to think that if I were a man, I could explain the law and people would listen … that would be so restful.” Laura has a raging, needy client Fuller (Jared Harris) who treats her more like a girlfriend & therapist than as a lawyer. He repeatedly ignores her legal advice on his lawsuit, but accepts with a simple ‘okay’ when an old male lawyer gives the same advice. Hence, Laura makes the aforementioned statement. In fact, that’s the only time the characters speak about their frustration. For most part, when reality chews them over, the women just grit their teeth and move forward. 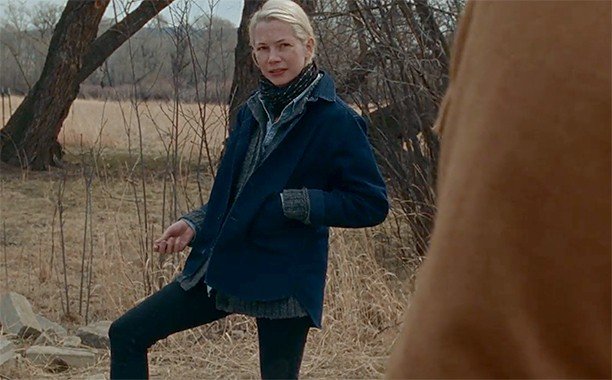 Gina Lewis (Michelle Williams) is a successful business woman with an unaffectionate teenage daughter and an unfaithful husband (James LeGros), who is having an affair with attorney Laura Wells. Gina plans to build an authentic household for her family using old sand-stones. The family is camping out in a tent, while laying the plans for their new home. Gina’s husband stands by her plans to ease some of his guilt. The search for sand-stones brings Gina to negotiate with an elderly widower Albert (Rene Auberjonois). His yard is piled with sandstone that belonged to a schoolhouse, torn down long ago. The negotiation incites Albert to launch into a hushed monologue, stating what it means for him to give away these sand-stones. In the negotiation, Gina gets slighted just like Laura got slighted while offering her counsel. May be the unmindful nature of Albert is due to his old age, but then he could just hate her for asking something of a symbolic value. It’s left ambiguous. The film’s final, long segment is set in town called Belfry, a four hour drive from Livingston. A preoccupied law school graduate Elizabeth Travis aka Beth (Kristen Stewart) travels twice a week between Livingston and Belfry to give evening classes for those interested in school law. A lonely ranch hand named Jamie (Lily Gladstone), in search of some human contact, follows people into the class. She forms an instant connection with Beth and after each class they run down to a local diner. They both don’t make any big speeches, but Jamie’s measured gaze and warm smile conveys a yearning for connection with Beth. However, Beth is too exhausted to teach the class, let alone understand Jamie’s yearning.

Director Kelly Reichardt (“Wendy & Lucy”, “Old Joy”, “Meek’s Cutoff”) with her delicately restrained visuals and nebulous narrative is gradually turning out to be an auteur of sorts. She wonderfully studies helpless individuals (mostly women) who come to terms with life’s uncertainties. Most of her characters are lonely who look at each other from a vantage point, unable to help or at least make a connection. Her women characters are also not exemplary and working towards an agenda. The women aren’t representatives of something. They are just part of the whole human race with the same existential angst like us. By slowing down the time and listening to their haunting silences, Reichardt powerfully captures their inner pain. The beauty in her movie is that the women don’t bawl like a child. They just keep moving through the mundanity and disappointments. 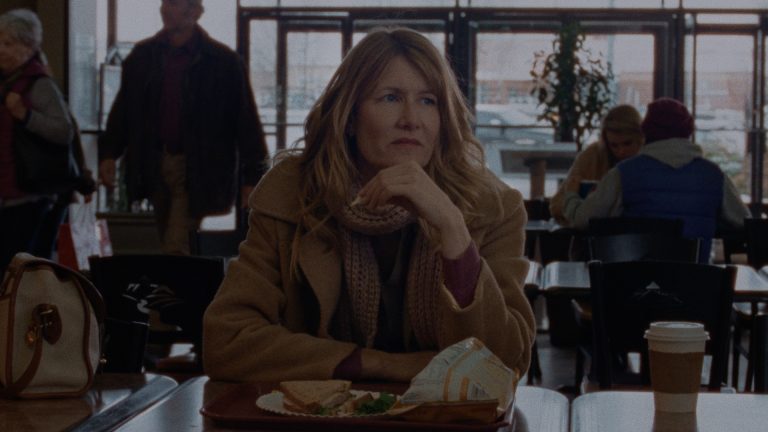 The most affecting of the three segments in “Certain Women” was Jamie’s unrequited love. The lonely girl from the ranch is conscious about the unstable nature of her connection with Beth. The introverted girl comes up with a grand gesture of taking Beth on a horseback ride. But she doesn’t know that it is a gesture that’s lost on preoccupied Beth. Jamie follows it up with grander gesture, which only bewilders the other girl. The final scene between Jamie and Beth was very hard to look at because we see little escape of emotions in their hardened faces. In the ride back to town, we expect Jamie to break down ad cry aloud, but the sequence unfurls in a magnificent manner. The soft crash of her truck into a fenced cornfield may be indicating that it was only soft thud to her heart. Later observing the mundanity of her life in the farm, we can’t help shed a tear or two for ‘certain women’, subtly divided by class and kept at a distance. Reichardt and cinematographer Christopher Blauvelt precisely capture the rugged naturalism of the atmosphere. The way she keeps the frames still for an extra 10 or 20 seconds creates a larger world rather than fleeting snapshots. The understated performances are totally enthralling. Lily Gladstone makes an excellent debut as Jaime. Look at how she expresses hope, despair, shame, and agony. She takes the power of the restrained aesthetics to whole new, affecting level.

“Certain Women” (108 minutes) is a remarkable and ambiguous study of gritty and gumptious individuals, cold-shouldered and unheard by the alienated community. Since director Kelly Reichardt’s camera only watches and listens to the existential threat faced by the characters without ever escalating the dramatic quotient, it demands a contemplative mindset to watch.

Why “Spencer” is An Example of a Biopic Done Right