‘Carter’ on Netflix is an action-filled adventure. John Woo (Carter) spreads absolute carnage in the city as he tries to clue together parts of his own identity and circumstance. A mysterious woman through the air guides his hand to take him to much-needed answers. Authorities scrape after him as they try to locate Dr. Jung, one of the only doctors to have been able to core the DMZ virus that’s ravaging the world, who was last seen in a video being threatened by Carter. The plot of Carter unfurls with the titular character’s immensely impressive combating skills. But is he going further away from the truth? The inherent ambiguity serves the narrative well.

It is a proper action film that never compromises on its USP. Visually, we get the feels of a video game. Woo’s character is an extremely adept killer and goes through the instructions in his ear like a rocket. The frenetic energy and pace do not allow the narrative to mature or develop themes fully. There remains a sense of unfulfilled promise in that department. Rest assured, Carter, overcompensates with the thrill of seeing John Woo beat up men and women left and right. Carter is not the most refined storytelling we have seen recently but it definitely serves up a delight for fans of the action genre. We decided to come up with a list of movies similar to Carter that you might enjoy. This Joey King starrer became the butt of jokes when it was released. Many people were unconvinced with the single-location action bonanza on offer. King herself was attacked with a flurry of negative remarks for her less than impressive dramatic performances. For those who did enjoy Carter, The Princess is a similarly positioned delight. The focus is singularly on creating the kill fest as the Princess must protect her own family from a tyrannical, sociopathic prince trying to forcefully rule the kingdom. King’s Princess goes through the men sent to locate and strangle her like Carter. They do operate for different purposes but the operation itself is remarkably similar.

Just like Carter, The Princess does not mind compromising on story and plot. It is very much meaningless in all other departments. The gore and blood are a bit more extreme in Carter, while the cinematography is a notch better in The Princess. It is currently streaming on Hulu and is well worth checking out if you liked Carter. 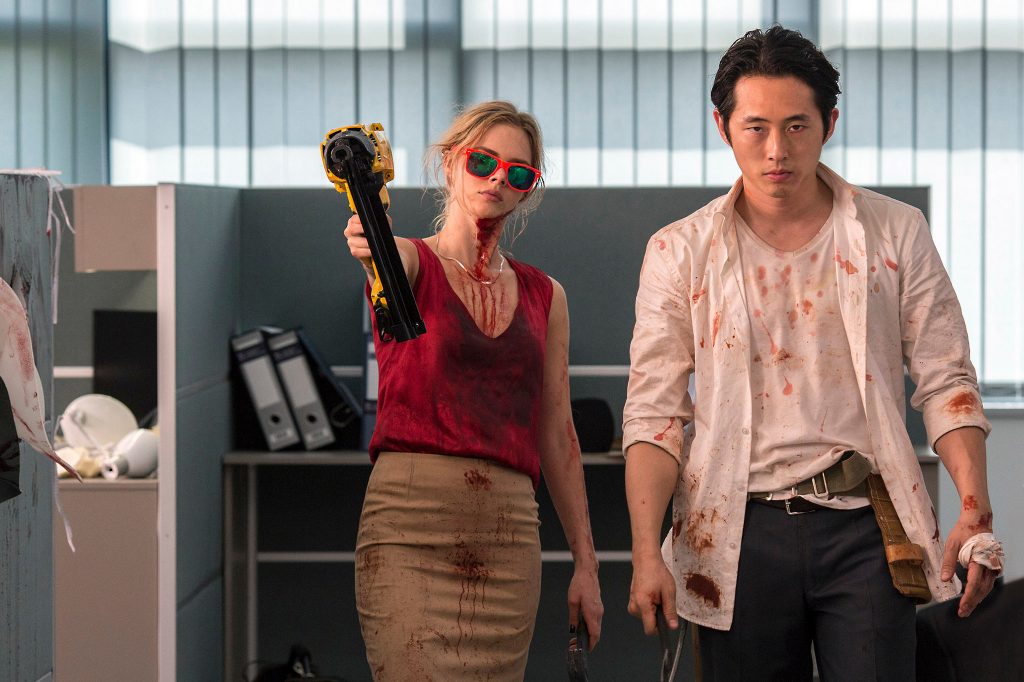 Mayhem combines the doomsday reality brought in by the Alvin virus and the extreme chaos that ensues subsequently. Steven Yeun and Samara Weaving are stunning together in refreshing breaks from stereotypes. Carter bears a lot of similarities to Mayhem except for the setting. While Mayhem is more along the corporate side, Carter is a bit all over the place. Mayhem has nuanced elements of sarcasm and irony on the toxic work culture in modern-day offices where the value of human life takes a backseat to quarterly numbers and profitability.

Joe Lynch ensures that he matches the energy of the chaos with an even vile plot that has a consuming feel for vengeance like few other peers. Mayhem is a solid companion piece to Carter. You might enjoy and appreciate it even more than Carter for its wholesome direction and additional social commentary. 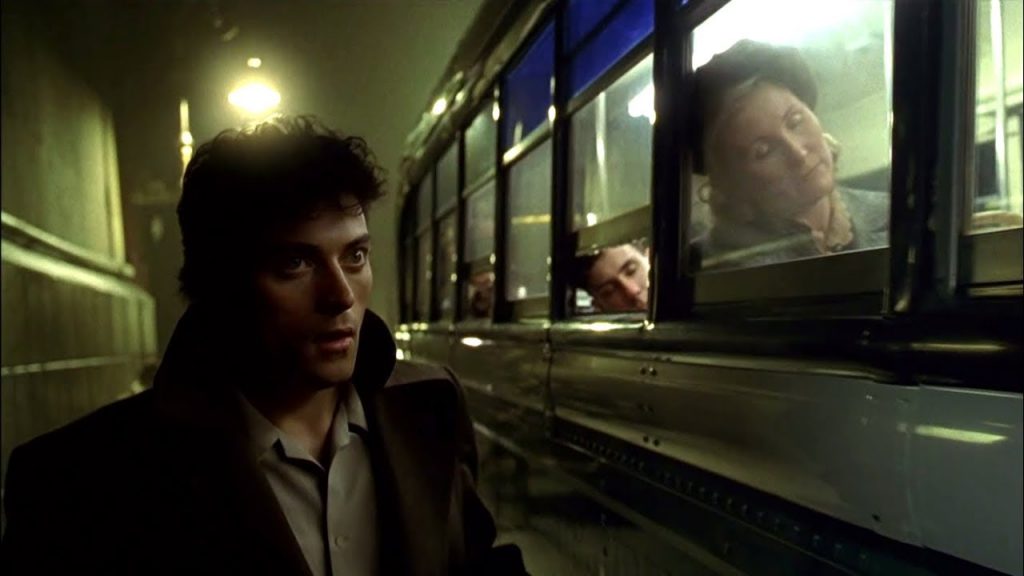 Dark City is a recent cinematic discovery that I just cannot get over. It is way ahead of its time and gives a compelling twist to the amnesiac protagonist running for answers and his life. The character of John Murdoch is where it all began. Rufus Sewell’s character sketch is used by many actors to display the confused medley of emotions that someone in his position goes through at a certain point. The detached feeling you get watching everything unfurl is due to the stellar execution from the team. Dark City does not let on a sense of loneliness at the outset. But the feeling grows stronger as Murdoch begins battling the demons that haunt him. The future look and high-concept themes are also comparable to The Matrix.

There is a bit of Shymalan touch as well with the alien tangent in the story but the notional change is in terms of tone and outlook. Dark City was one of Alex Proyas‘ most brilliant works. He is known for his ability to bring together noir elements with dramatic splendor in mainstream features. Indeed, it is done the best in Dark City. 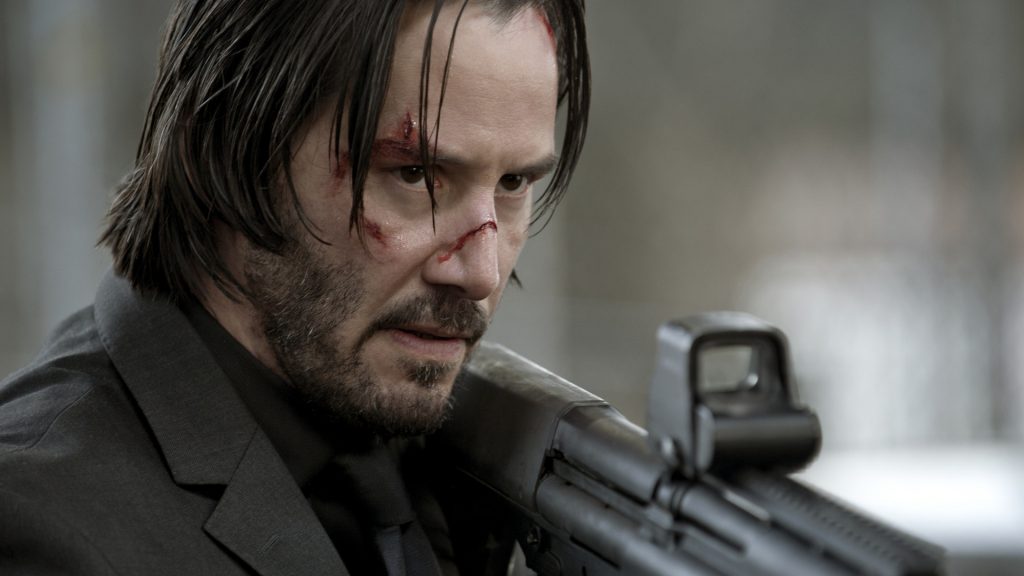 John Wick is a natural on any list of action films but more so when the similarities are so overbearing. There is just something about men in danger and on the run for their lives that is indelibly entertaining. It seems to bring the best out of them. The most primal side that remains hidden in the cloak of civility leads the charge. John Wick stars Keanu Reeves as the titular assassin who takes revenge on those who killed his dogs. The film spirals into something even more extreme as the legendary assassin’s return to the fore sparks fear among those responsible. The first John Wick movie had a franchise written all over it. Reeves’ stoic demeanor and plastic emotions come in really handy to play a character struggling to emote. Wick and Reeves are made for each other and it is no surprise it has developed into one of the most successful action franchises in recent memory.

Wick has become sort of an icon in this part of cinematic annals. Reeves lends him a swashbuckling style that is rustic but sharply positioned to make the most of his resources. Carter probably would not fall in the same statute but is a worthy peer of Wick. The old war horse has a fellow breed in town! Amnesiac action figures are far and in between. Modern cinema has seen some immensely talented filmmakers use the psychological aspect of memory loss as a prudent weapon of storytelling. The ambiguity that comes with such a premise is naturally exciting and keeps you on the edge. The job to hold your gaze is on the director and Doug Liman does a satisfying job. Now, of course, Bourne has blossomed into a successful franchise. The big-budget films have set a standard in the spy genre. But at the time of this film’s release, there was doubt if it could bring something new to the table.

Liman was accused of romanticizing the idea of creating an imperfect spy protagonist who was messy and at times, even incompetent. Carter is made from the same fabric. His misgivings certainly lend him that same shade of grey like Bourne. The truth that he finds out about himself is shattering and not redeeming like Bourne. But keeping the two films on the same pedestal wouldn’t be too wrong of an assertion. 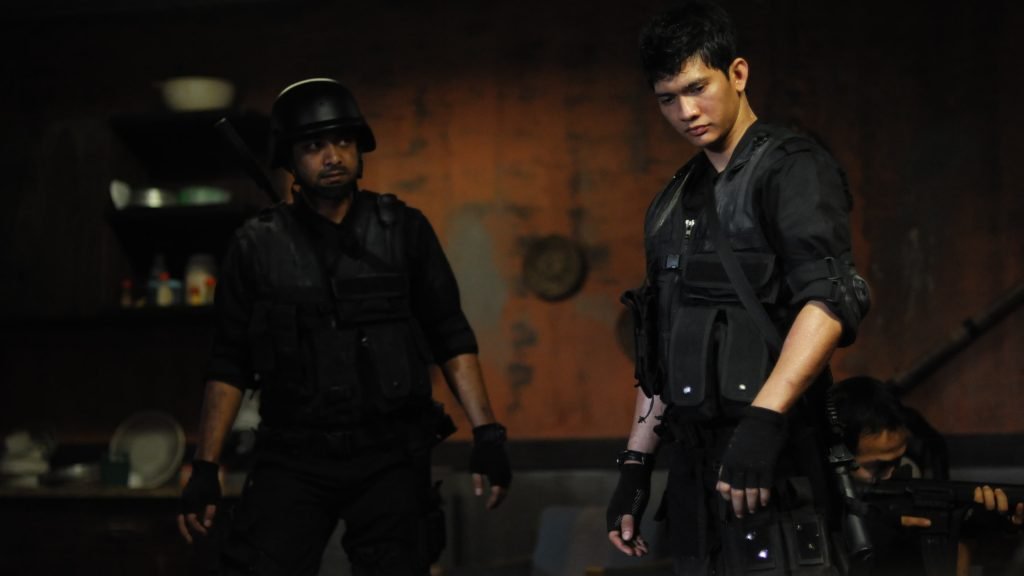 Everything that Carter has, Raid has almost twice that. Deadly assassins? Check. Blood gushing out from different parts of the human body? Check. An exhilarating story of one man against all odds? Check. The Raid has better structure and story organization. It also gives off a more intelligible interpretation of its characters and the universe. Although Carter also gets points for certain aspects of the storytelling, it falls short some distance from matching The Raid’s quality. The Indonesian film is set in a very claustrophobic building and dramatizes an arrest action by the police gone wrong. The stretches of lawlessness and gore headline The Raid. Rama is the supercop who must face the wrath of crimelord Riyadi for disrespecting the rules of the game. While the plot is slightly implausible, the realistic building blocks put in indicate a great effort on the team’s part.

One of the most surprising takeaways from the Raid is that despite using the formula approach as its essence, it does not fall into the same traps that we see opening while the story unfolds. Director Gareth Evans realizes that he does not have many options to keep everyone happy by resurrecting his work in an acceptable mold and technical indicators like depth and character development. Instead, he chooses to unabashedly be himself and pull off The Raid as pure entertainment that never ceases to hold your breath. 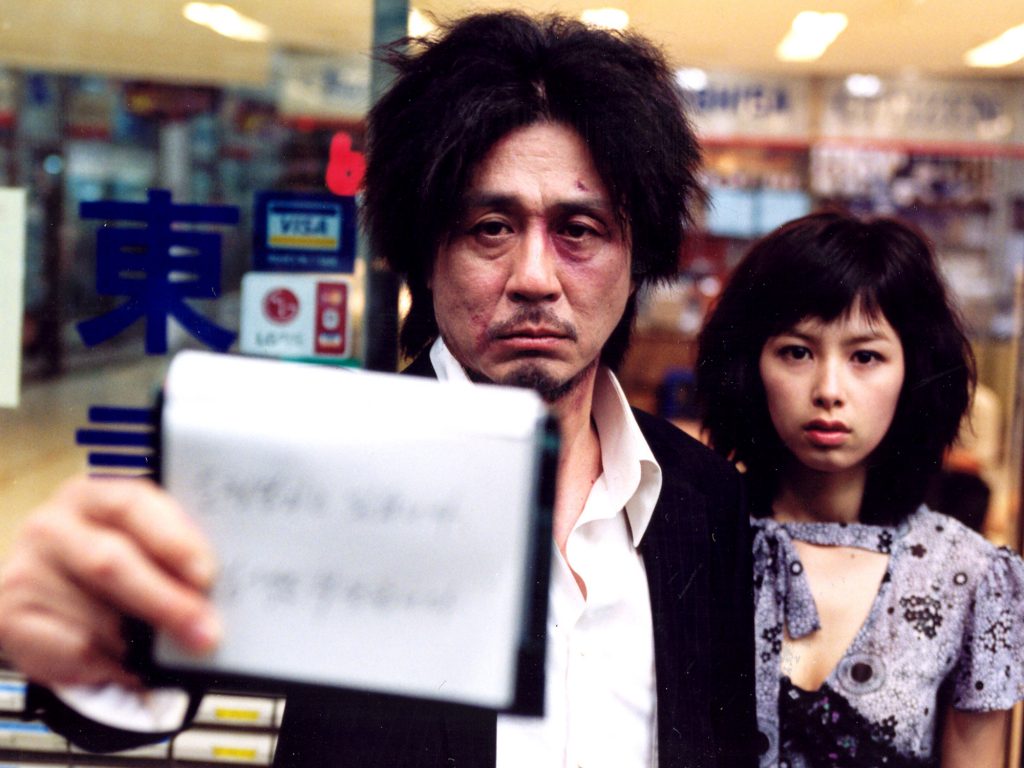 Park Chan-wook’s majestic revenge drama is a cult classic. Among the annals of cinema, Oldboy stands in its own echelon of creative works. It begins and ends like a force of nature. The twist at the end is a remarkable one that completely catches you unaware. Carter is not comparable with Oldboy at all in quality but thematically and the overall experience are similar. They provide different levels of entertainment and nuance.

The South Korean roots are visible in both the films’ universes, whether it be the coldness in an increasingly capitalistic world or the scathing moral commentary on the devolution of mind and soul into crime. The criminal worlds are devastating for the protagonists and for the viewer as well. Oldboy explores the depth of the human heart with such dignity and poise, that it is hard not to shed a tear for Choi Min-sik. Oldboy is the best film on the list and one of the best movies of the century.

CARTER IS NOW STREAMING ON NETFLIX. STREAM IT HERE

For All Mankind Season 3 Episode 9 - Recap and Ending Explained