This is the first edition of The ‘High on Films Recommends’ Series.

We will be posting a list of movie recommendations anytime in the first week of every month. From old classics to contemporary masterworks, from unknown great films to popular ones, we, as HOF-men, will recommend anything that needs to be watched.

The film starts with a 5-year-old girl in a hospital with a broken arm due to a nasty Fall. She strikes a bond with a stuntman. The stuntmen then call his cards and narrate a story of a few larger than life heroes. The Fall is a rare movie that mixes its fairy-tale like fantasy elements with relatable real-world stuff. Shot in 28 different countries over the course of 4 years, The Fall is one of the most beautiful films I have ever seen.

There is a thin line between reality and fantasy in the young girls head but as the girl tries to battle with her emotions and innocence the line slowly fades. What if the reality she is living in will never be the fantasy she wants it to be? What if the fantasy is the reality? What if she could make her fantasy her reality? The Fall is a celebration of an imaginative mind and also one of the most audacious films ever made.

François Ozon french film will leave even the mildest of viewers with a wicked smile on their face. Playful, funny and impeccably structured, In The House tells the tale of a high school French teacher & his uneventful life as it takes a twisted turn when he reads one of his student’s “How I spent my last weekend’ paper. Ozon very cleverly makes the viewers crave for more once they start sapping their way towards the end. I wouldn’t go deep into the layered and tense screenplay because it might just open doors for spoilers. So as Claude writes in his papers, To be continued… 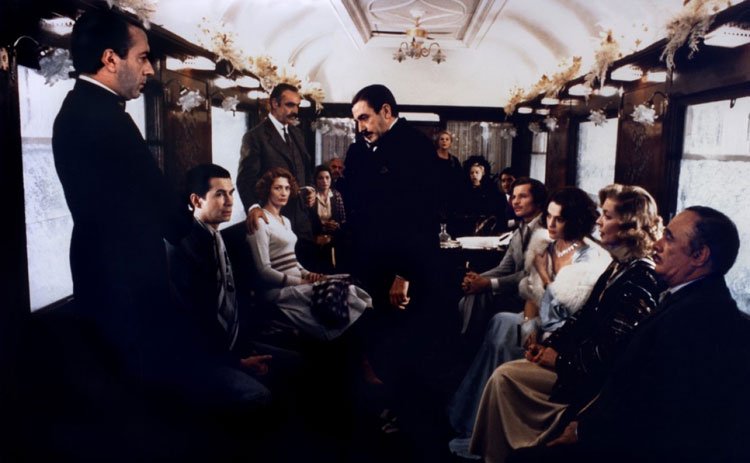 There are a few character arcs in this mystery that don’t really feel settling. Mostly because of a less talented part of the cast. But what makes Murder On Orient Express different is its storyline that falls right into the radar of unpredictability. Even when the cards are folding down, the film convinces you to believe in every single possibility and then reverses you into a gear that also feels perfectly alright. It follows its characters as they fall off and into the darkness of life, the bowl of lies and also gets you to understand why the murder was tight.

An Occurrence at Owl Creek Bridge is a 1962 English language short film by French filmmaker Robert Enrico. It is based upon an American Short Story written by Ambrose Bierce. During the civil war, a war prisoner is about to be executed by the Union troops by being hung from the owl creek bridge. Seconds after he was hanged, he drops into the river and manages to untie his ropes inside the water. The man survives his execution.

What follows is a desperate run for his life. We see him swimming with and against the stream of the river, evading all the gunshots and cannon shots, for just one thing, survival. It is only when the man witnesses death so closely; he truly understands the precious entity called life. He reaches a shore and finds the sun to be brighter, flowers prettier, and could listen to the little chirping sounds made by birds.

We never know anything about the man, whether he was a criminal or an innocent man because what is more important here is how evading a likely possibility of death changes a man’s perception towards life. The film is brilliantly shot and seems very contemporary in its presentation. This 24 minutes long film has a thick plot and a thicker plot twist. An Occurrence at Owl Creek Bridge won at the 1964 Academy Awards for Best Short Film, Live Action. A few years later, it was also presented as a Twilight Zone episode. 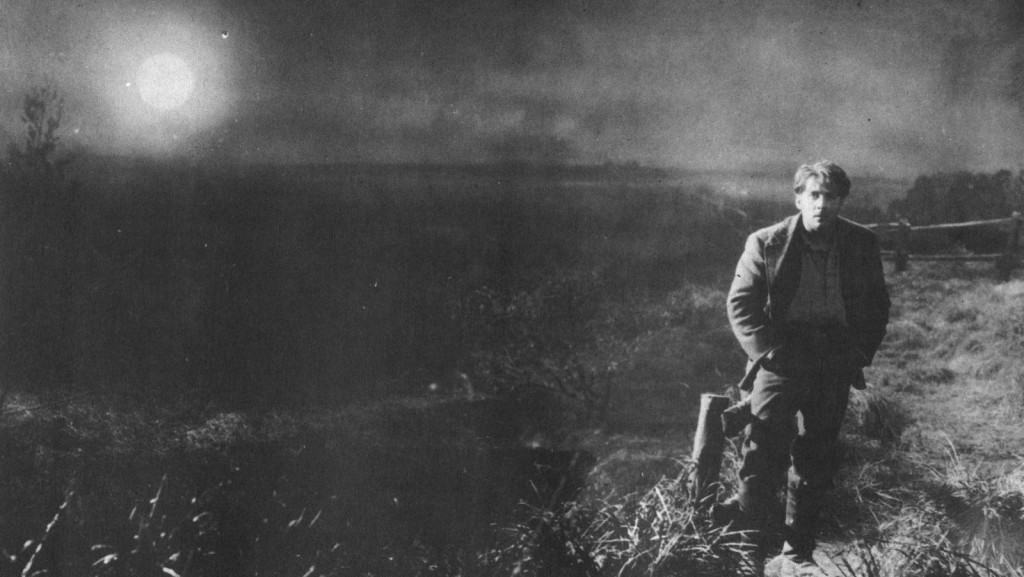 Although not an underrated film, Sunrise is an extremely unnoticed and overlooked film among the general audience. In 1927, two German masterpieces changed the horizon of cinema; Fritz Lang’s Metropolis and FW Murnau’s Sunrise: A song of Two Humans. Metropolis received all the love it deserved, mentions in hundreds of thousands of “great movies” lists but the same cannot be said about Sunrise. Made at the twilight of silent films and the beginning of cinema accolades, that is the Oscars, Sunrise is often cited as the great technical achievement of its time as it was one of the first films to have devised moving camera shots. But Sunrise is more than that and deserves to be lauded for its masterful storytelling. It’s a love fable that doesn’t shy away to show the darkest mind frames a lover can walk into out of lustful temptation and can eventually transform himself with the power of love. The Seven Shades of Love; ATTRACTION, INFATUATION, LOVE, REVERENCE, WORSHIP, OBSESSION, AND DEATH, there is a bit of each one of them in Sunrise: A Song of Two Humans. 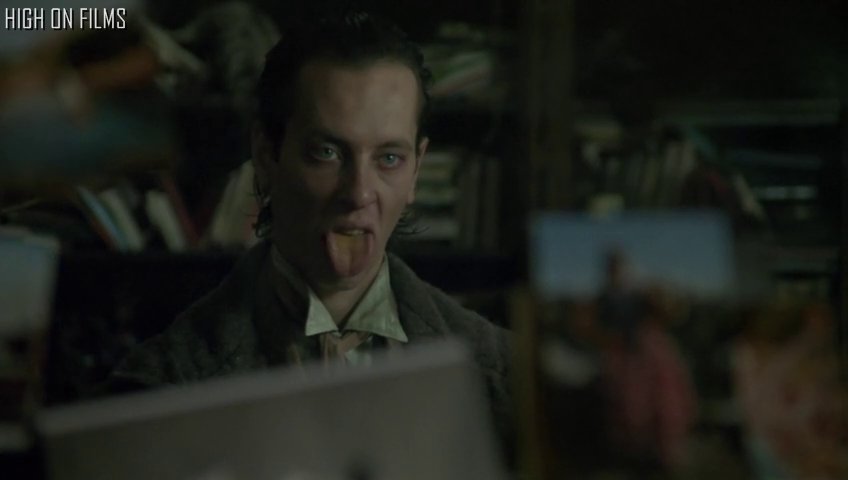 Withnail & I is an under-rated British cult comedy-drama. It is somewhat a semi-autobiographical of director Robinson. The film is an observed character study of two unemployed artists who “go on holiday by mistake.” The script of the film is layered. The humor is intelligent but very humane. Also, the one-liners are nothing less than gold that will cling on to your mind forever. Its a doper comedy sprinkled occasionally with Monty Pythonesque moments that should be seen sober. Everything about this film is perfect but the performance of lead pair, played by McGann and Richard Grant, is arguably the second best thing about the film. First being Ralph Brown as a stoner friend – Danny who has enough screen time to get himself nominated at the Oscars, If I was in the jury panel. If I ever make a list, this film will definitely rank among the 10 best comedy films I have ever seen. 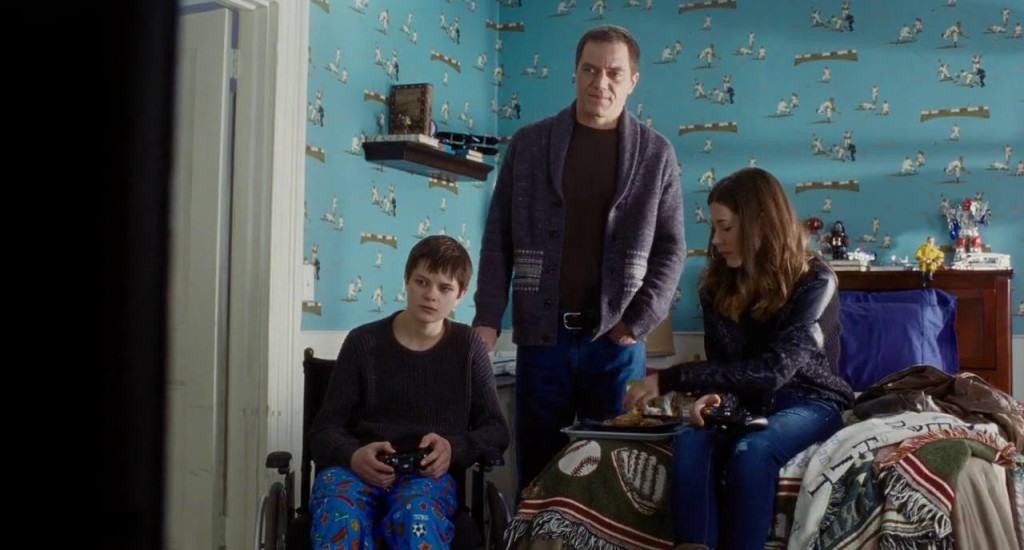 If you are a fan of “Henry: Portrait of a Serial Killer” directed by John McNaughton, you would know exactly what to expect from his latest offering “The Harvest“ in the horror genre, starring Shannon and Samantha Morton in leads. The Harvest does not actually rely on any gory or slasher element and it gently slips into the zone of Stephen King’s novels. However, the film relies heavily on low burn tension mounting the mystery around the crippled boy name “Andy” bounded to a wheelchair on orders of her mom. The Harvest leisurely unfolds on the screen, sucking you deep down into its unsettling aura. This film may not work for everyone, the reason being the slow pace. But it is highly rewarding in terms of leads’ performances and great writing. 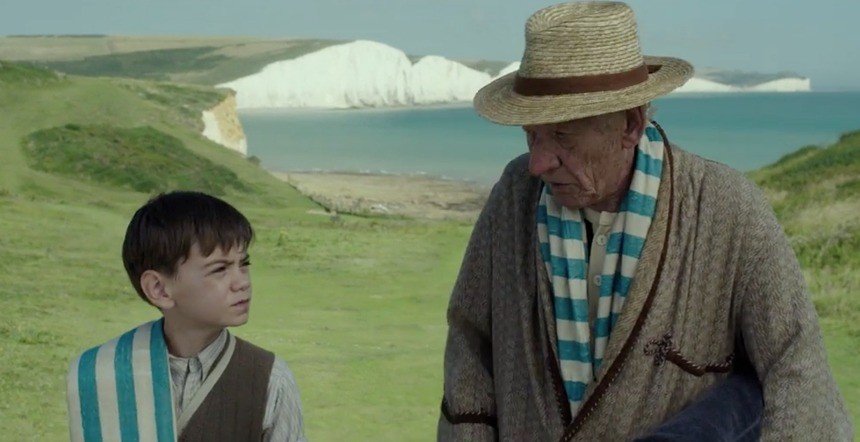 Ian McKellen’s Sherlock Holmes is just what Sherlock Holmes hated about people. This is the most humane portrayal of the eccentric sleuth you will ever see. He is shown as a broken aching soul who is profoundly in deep pain. His face is weathered and weary, eyes looking for answers that lead to his retirement. His last case haunts him and desires an emotional solution rather than a logical conclusion. His deteriorating memory adds to the emotional turbulence as he is in the middle of writing the manuscript of his last case.  He hitches around a cottage in South Downs and takes the enthusiastic son of his maid under his wing. This will be the only time where Sherlock is shown actually ‘caring’ for someone. Mr. Holmes is about how to put your shit together,  its indispensable to have human connection & empathy. 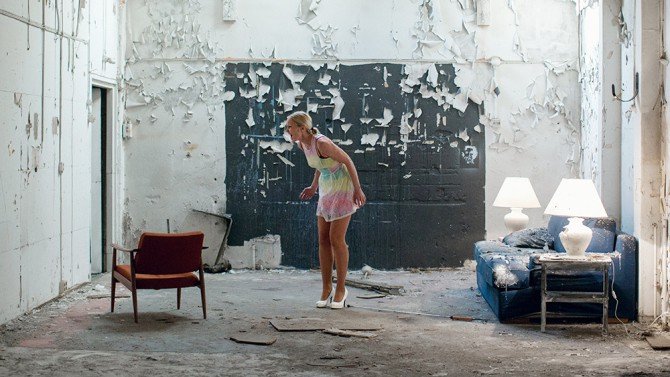 Who would have thought that the world would look so beautiful, seen through the eyes of a blind person? Blind is a story of a woman, whose ever fading vision constantly haunts her. Eventually, blindness beclouds her judgment, and out of insecurities, out of confinement, is born a fictitious world, where all perverse fantasies come alive.

There are many films that blur the line between fiction and reality, but here, fiction and reality are so densely intertwined, they become inseparable. The basic intention of the movie is to show the sexual thoughts of a blind woman. Her blindness grants her a rare gift of controlling and distorting reality. She turns her husband and his acquaintance into fictional characters and whimsically writes their fate, deriving sadistic pleasure out of it.

Eskil Vogt’s directorial debut has one of the most stunning juxtapositions ever shot. Cinematographer Thimios Bakatakis’s (known for Dogtooth and Attenberg) scrupulous attention to details and minimalistic usage of lighting creates a strange yet tangible ambiance. Blind was a major hit at various film festivals and has received rave reviews from critics. 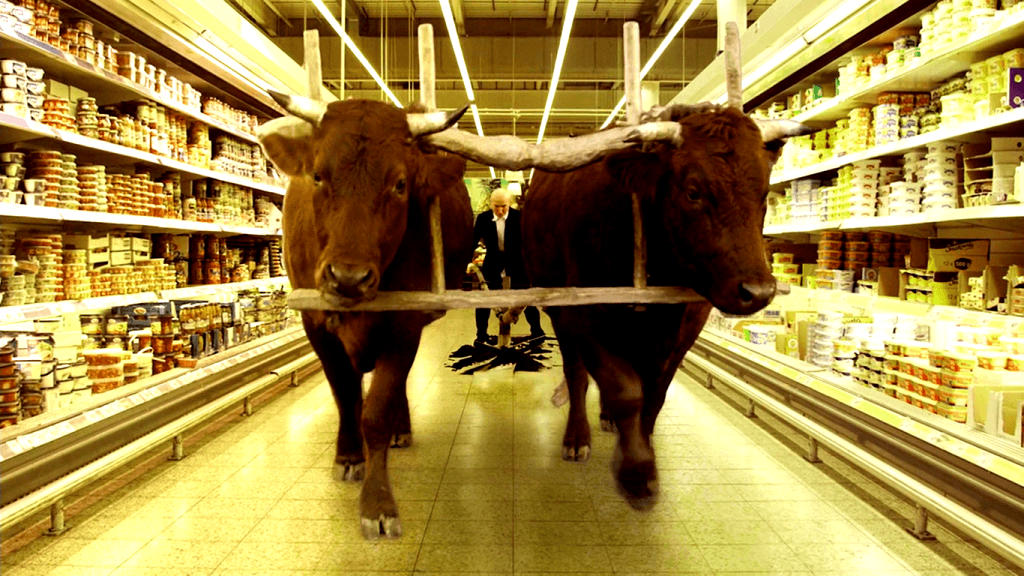 Tragedy transcends the limit of what we can endure. The enormity and abruptness of tragedy are difficult to grasp. Onirica shows the suffering of a man who has survived an accident, the unfathomable grief of losing loved ones.

Still, images are trademark of Lech Majewski. His movies are marked by the subtlety of movement; moving the camera across static elements. Onirica employs visual language to communicate with viewers. The surreal imagery of this movie is unlike anything you have seen before. Though dialogues are almost absent in movie, recitals from Dante plays throughout in background, rendering it philosophical depth. At times, the movie feels pretentious, but it is worth a watch for its astonishing vignettes if nothing else.

5 Interesting Facts You Probably Didn't know about Good Will Hunting