Movies & TV Shows to Stream This Week (Dec 9 – 15): Another week of new releases on streaming sites and an eclectic mix of content. Will Smith’s first post Academy Award win film ‘Emancipation’ starts streaming Apple TV+, the eagerly awaited second part of Money Heist: Korea- Joint Economic Area to bring the thrill and action to streaming devices this week along with the dark and grim retelling of the classic Pinocchio by the master Guillermo del Toro.  Little America Season 2, Doctor G, Kindered, Who Killed Santa? A Murderville Mystery and Love for the Ages also start streaming this week.

Where to Stream Emancipation: Apple TV+

Emancipation is a historical action film starring Will Smith is based on the true story of a black man popularly known as ‘Whipped Peter,’ an enslaved black man who escaped from his plantation and showed his horribly scarred back to two photographers that became emblematic of the cruelty of slavery. This is Smith’s first outing after his Oscar and follows Peter’s quest for freedom and emancipation in 1860’s Southern America. The film is directed by Antoine Fuqua and premiered on 1st October 2022, in Washington, DC. The film starts streaming on Apple TV+ on 9th December 2022 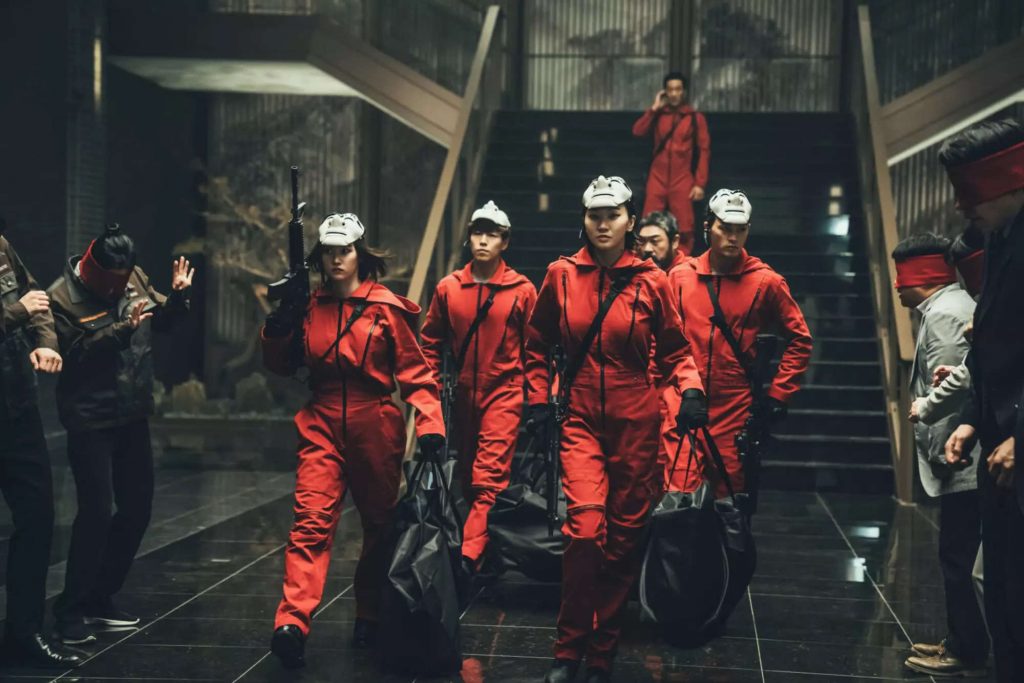 Part 2 of the hit television series ‘Money Heist: Korea- Joint Economic Area’ is back after its first part 1 of the series gained immense popularity and topped Netflix’s Global Non-English Top 10 in the week following its release, with almost 33.7 million viewing hours. This season will follow Professor’s plan to complete the final stages remaining.

Moscow’s digging is almost over, with freedom nearby and authorities gaining intelligence on Rio, Berlin, and Nairobi, leaving them with no option but to escape the country.  The original Money Heist is one of the most successful television series released in the past years. Audiences eagerly await the release of the second part of its Korean counterpart releases on Netflix on 9th December 2022.

Guillermo del Toro’s Pinocchio is a stop-motion animated fantasy musical film directed by Guillermo del Toro and Mark Gustafson based on the Italian children’s novel ‘The Adventures of Pinocchio’ by Carlo Collodi.

The film tells the adventures of Pinocchio, a wooded puppet who dreams of becoming a real boy. Del Toro’s Pinocchio is dark and set in Fascist Italy under Mussolini’s rule in the middle of World War II. This fantasy film contemplates the question of human existence and a fairytale turned dark and grim. The film starts streaming on Netflix on 9th December 2022.

‘Little America’ is an Anthology television series produced for Apple TV+ and developed by Lee Eisenberg & Emily V. Gordon & Kumail Nanjiani. The show premiered in 2019 and became a surprise hit, gaining audiences’ appreciation for its sensitive exploration of the lives of immigrants.

Set in different time periods and locations, each episode focuses on a different protagonist grappling with different aspects of assimilation. The show is remarkable for focusing on immigrants’ struggles and the nuances of their culture and life with warmth. This funny and heartfelt series is back on Netflix for a second season on 9th December 2022.

Where to Stream Doctor G: Netflix

‘Doctor G’ is a Hindi language film starring Ayushmann Khurrana, Rakul Preet Singh, and Shefali Shah. The film is directed by Anubhuti Kashyap and is produced by Junglee Pictures. The film is a medical comedy-drama film addressing the issue of gender stereotyping by following the misadventures of a male medical student who is interested in orthopedics but unable to secure that specialization due to low scores and instead becomes a gynecologist. The film had a theatrical release on 14th October 2022 and started streaming on Netflix on 11th December 2022.

But, as FX puts it in the show’s official synopsis,” before Dana can settle, she “finds herself being violently pulled back and forth in time to a nineteenth-century plantation with which she and her family are surprisingly and intimately linked. Interracial romance threads through her past and present, and the clock is ticking as she struggles to confront the secrets she never knew ran through her blood in this genre-breaking exploration of the ties that bind.”

Who Killed Santa? A Murderville Mystery

Where to Stream Who Killed Santa? A Murderville Mystery: Netflix 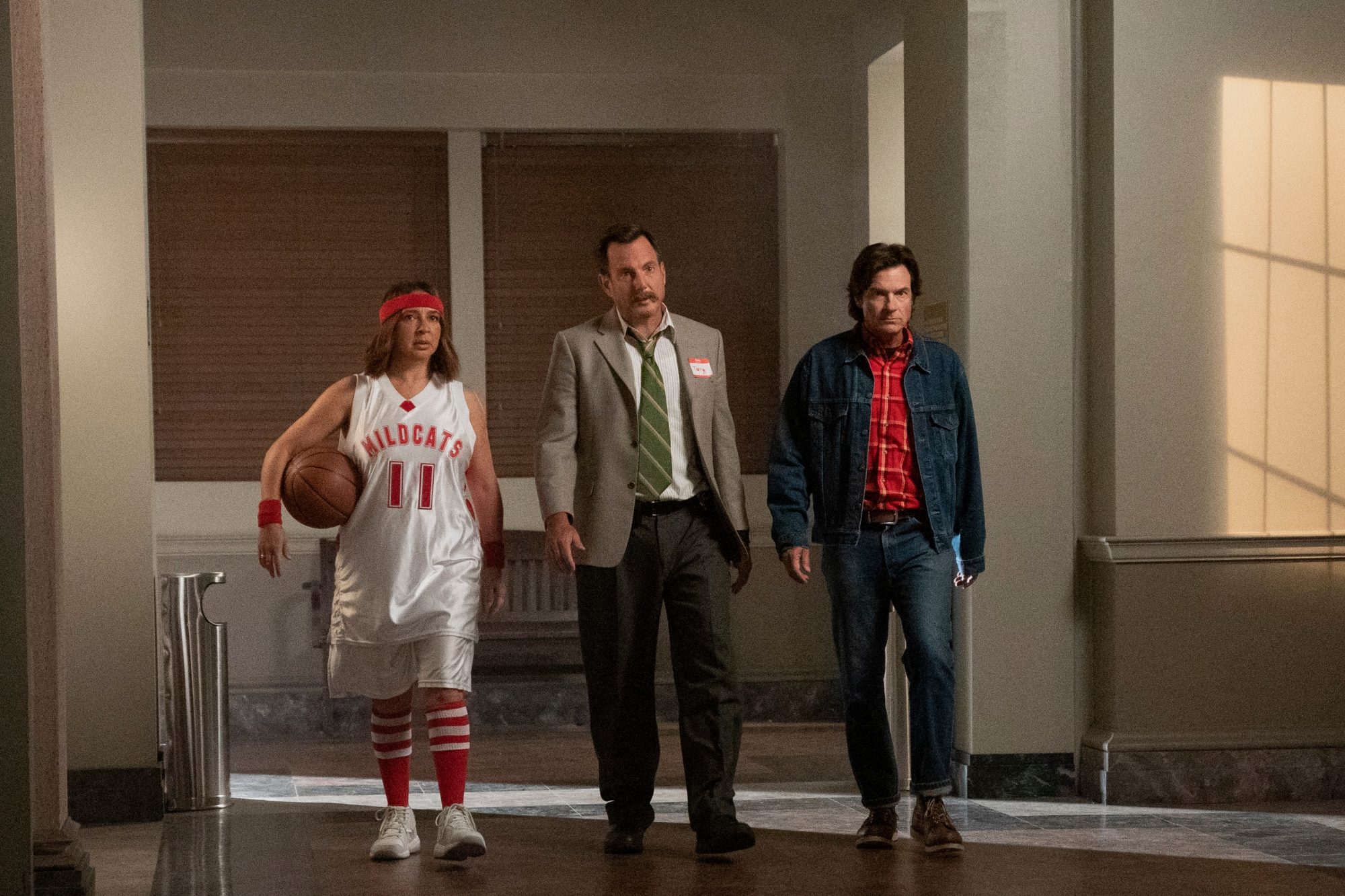 The holiday season has come early for Netflix. In the series of new content releasing every other day, the Christmas celebration started with Falling for Christmas, Christmas with You, and Christmas on Mistletoe Farm, and “Who Killed Santa? A Murderville Mystery” will be an addition to this series of Christmas movies. “Murderville” made a splash earlier this year on Netflix, and it is back with a special Christmas episode of “Murderville.”

Arnett is back on the case with two new guest stars: Jason Bateman and Maya Rudolph. The official synopsis read,” Detective Terry Seattle, along with Maya Rudolph and Jason Bateman, is on a mission to find out who killed Santa Claus as the big day quickly approaches, and the world is left without their favorite holiday icon.”

Love for the Ages

Where to Stream Love for The Ages: Peacock

Peacock is coming up with a brand-new reality TV dating experiment to see three middle-aged couples in different houses.  The three husbands will live with six beautiful young single women, while their wives share a house with six hot young single men. The reality show is a social experiment that rides on the trend of “age-gap” couples to test their chemistry through dates and activities highlighting their age differences. As if having one’s partner be with someone else wouldn’t be hard enough, all contestants will live under the same roof for the month, so there is sure to be unexpected drama.

As host Adrienne Bailon-Houghton explains in the first trailer for the new series Love for the Ages, three middle-aged Latino couples will get the “ultimate hall pass” to see if new connections will strengthen their marriage or weaken their romance.

The Marriage App (2022): Netflix New Rom-com With a Tech Twist Mostly Works to a Certain Extent