The Gray Man is Netflix’s latest action extravaganza. Billed with a cast that includes Ryan Gosling, Chris Evans, Ana de Armas, Billy Bob Thornton & Dhanush among others, and directed by the now-infamous director duo of The Russo Brothers, the film rides on a high tide of expectation. While it never actually lands the punches it is going for; due to a lack of freshness in its script and a dated, overdrawn plot, The Gray Man is still salvaged by an amazing Ryan Gosling who stars as a rogue CIA agent.

Playing on a cat-and-mouse game between Gosling’s “Six” & Chris Evans’s Lloyd Hansen – a man-child megalomaniac with a thirst for destruction, the globe-trotting thriller kicks off when Six is forced to kill one of his own people due to a covert operation sanctioned by new encharges and corrupted officials. What follows is a game of run and rescue.

If you do happen to dig Netflix’s The Gray Man, in the following list I explore 6 other movies that you might want to see as an afterthought or a double-bill feature:

Based on Robert Ludlum’s infamous novel of the same name “The Bourne Identity” has to be some kind of benchmark for films about secret agents gone rogue. However, The Bourne Identity puts a smart twist on this dated narrative. It instead puts the titular character named Jason Bourne in a situation where he doesn’t just have to deal with his own team players getting on his ass, but also has to remember and confirm his identity after he realizes a part of his memory is wiped out.

Much like The Gray Man, the protagonist in Bourne, played by the brilliant Matt Demon feels like someone who is unaware and totally aware of himself at the same time. Making his character feel relatable, extremely dangerous, and heroic at the same time.

The closest a movie can get to the Russo Brothers’ The Gray Man would be Phillip Noyce’s “Salt.” Starring Angelina Jolie as a CIA agent who is declared a Russian spy who is under a covert ‘KA Program’ designed to kill the Russian president on his visit to America. The film sets in motion when a Russian defector tells the CIA agents that the person trying to kill the president is Agent Salt herself.

Building up a totally extreme actioner that walks on the thin thread of a big-ass chase, Salt is one of those movies, that, like The Gray Man uses the charisma of its protagonist and the idea that a respected agent could go rogue to support its ludicrous plot.

Next up on the list is Steven Soderbergh’s “Haywire” starring Gina Carano as Mallory Kane – a black ops operative left to fend for herself by her employers. Much like Gosling’s “Six,” in The Gray Man, Haywire is a movie that portrays Kane as some sort of unkillable killing machine.

Billed with an A-tier cast that includes Ewan McGregor, Michael Fassbender, Channing Tatum, Michael Douglas, and Antonio Banderas, Haywire works because of Soderbergh’s superlative eye for smaller details. While Carano is not someone who can carry a film on her own, the action choreography and a promising cast make this one an interesting spy-thriller that can serve as an excellent double bill with Netflix’s The Gray Man. It’s a rarity for me to put an Indian movie on these lists but, Siddharth Anand’s War has to be an exception, especially when The Gray Man also happens to be one of those movies where a cat-and-mouse game between two good-looking men takes place. Much like Gosling and Evan’s back and forth, War takes Hrithik Roshan’s greek-god-like Major Kabir Dhaliwal and Tiger Shroff’s Captain Khalid Rahmani on a globe-trotting hunt.

Gone rouge after the two of them have had many successful missions together, Kabir starts to kill off top officials and co-workers in the Indian undercover operative, and Khalid is assigned to take him down. Rigged with the possibilities of the rot within the system, like The Gray Man, War also has a cheeky back and forth between its two leading men; eventually pitting them against each other in a fight for death. Now known as Netflix’s most viewed movie to date, this Chris Hemsworth actioner is based on the graphic novel Ciudad, co-written for the screen by Joe Russo (the director of The Gray Man) and directed by stunt coordinator Sam Hargrave who makes his directorial debut. Following the life of an Australian black-ops mercenary named Tyler Rake, Extraction is about this suicidal mission where he is supposed to save an Indian drug lord’s kidnapped son in Dhaka, Bangladesh.

Extraction feels like a perfect before or after-watch exercise for movie-watchers who like The Gray Man because it has relentless action sequences that are reminiscent of that in the former. While the white-savior complex in Extraction does feel problematic at this point in time, the single-shot chase sequence alone is well worth your time. 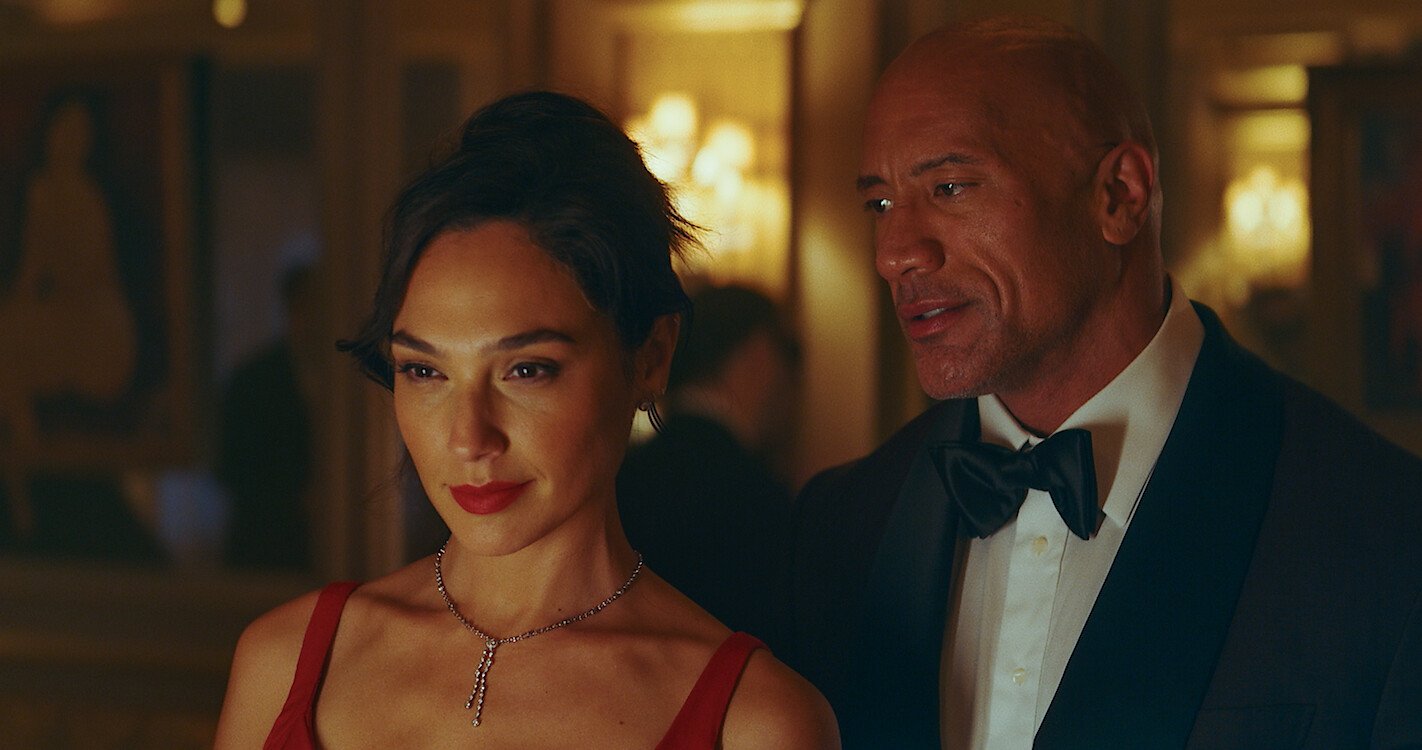 Rawson Marshall Thurber’s Netflix thriller “Red Notice” is less of a spy movie than it is a heist movie, but some of the key features still make it worth a look for someone who likes movies that are similar to The Gray Man. First, it is a Netflix production (duh?), second, it has an A-list cast (double duh?), and much like the movie in question here, Red Notice is also about agents going rogue.

Following the globe-trotting journey of John Hartley (Dwayne Johnson), Red Notice is about his tryst to bring down Nolan Booth (Ryan Reynolds) – the world’s most wanted art thief with the help of rival art thief The Bishop (Gal Gadot). However, when they do come face to face, things don’t quite work out the way they want and the film soon becomes a big chase sequence like The Gray Man.

THE GRAY MAN IS NOW STREAMING ON NETFLIX. STREAM IT HERE

Lesson in Murder [2022]: 'NYAFF' Review - A Tense and Chilling Lesson in Trauma and Serial Killing

Valerie and Her Week of Wonders [1970] Review: Into the Dark Subliminal Hamlet of Adolescence