Well, it’s the holiday season. The joy and merriment is in the air. The chime of Church bells puts you in a mood for prayers and hymns that would straightaway reach God. No, scratch that. I am not religious, and this fucking cold air only coalesces with the despair and anxiety brewing inside oneself. But anyway that’s just what one may write, when making a list about Christmas movies. And here is a list of the superbly crafted Christmas classics that are immensely entertaining and keeps you distracted from the acerbic reality for a short while.

Yes, as the title indicates I chose these from a pool of flicks which were predominantly made in the 1930s, 1940s & 1950s (of course, it makes the task easier). You are right. The list doesn’t have that movie about the lonely and bratty sub-urban kid, embarking on a comically violent quest to protect his wealthy abode from the ‘crooked’ members of the underclass. Anyway enough of the rant, and let’s take a look at old Hollywood’s enchanting celebration of the idealized white world with few movies at least genuinely expressing that there’s more to Christmas than materialism (arranged as per the year of its release): 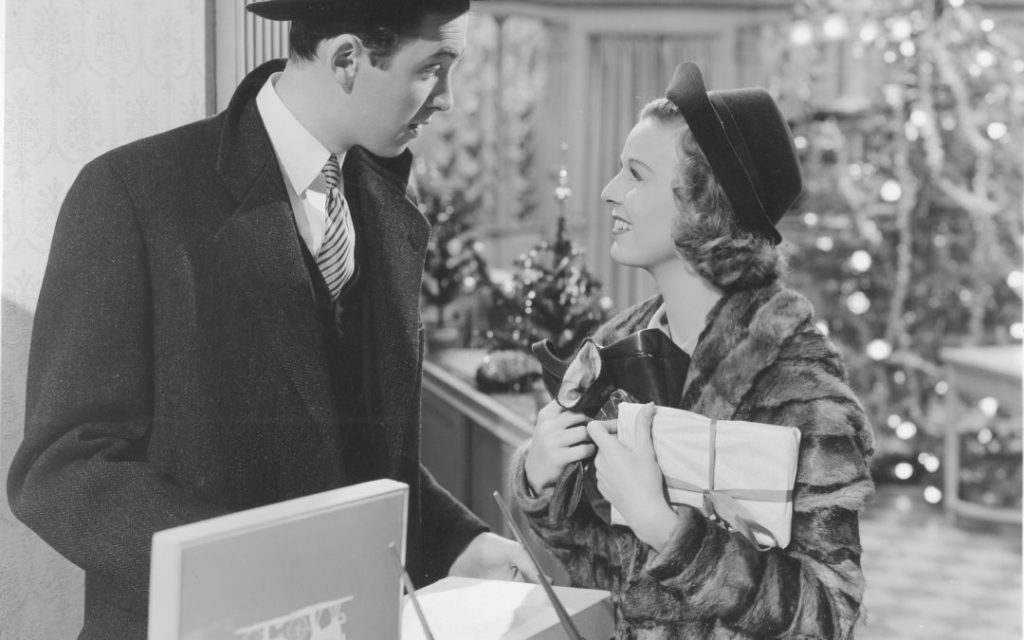 Ernst Lubitsch’s bewitching Christmas classic possesses a central plot element that may now seem banal: a pair of co-workers working at an emporium pettily fights during the workday, but unbeknownst to each other, they remain pen pals. Based on Hungary-born American playwright Miklos Laszlo’s 1936 play, the Lubitsch magic turns the gimmicky, melodramatic narrative into one of the best romantic comedies of all time. The cast is exemplary with James Stewart playing the store manager Alfred Kralik, and Margaret Sullivan plays Klara Novak, brash and sure-footed newest employee. More than being a well-made comedy of errors and misunderstandings, The Shop Around the Corner also greatly benefits from Lubitsch’s poignant social observations (it’s also interesting that the narrative is set in pre-war Budapest).

Similar to Christmas Classics: 12 Essential Christmas Movies to Watch During the Holiday Season 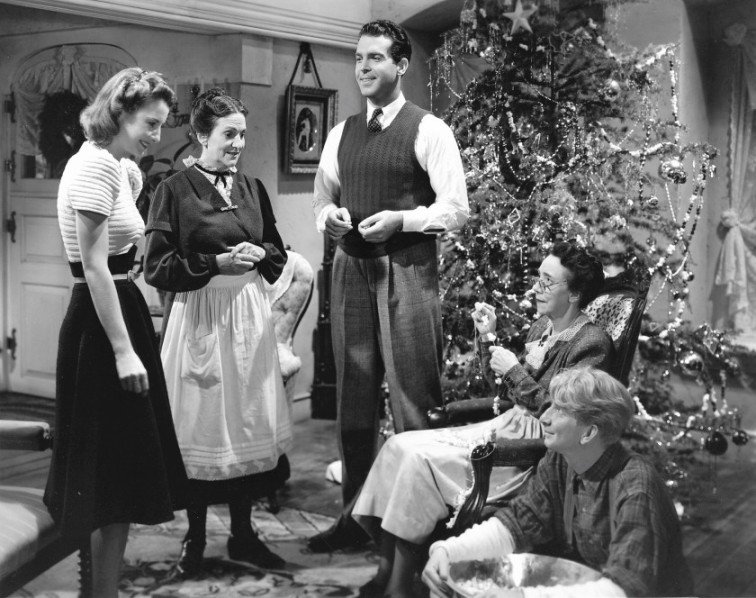 Preston Sturges, who designed the finest tropes of Hollywood romance genre, wrote the script for this holiday-themed romance between a shoplifter and a prosecutor. Barbara Stanwyck, as usual, plays a ‘bad’ sexy girl named Lee Leander who in the first frames of the narrative steals a diamond bracelet from a jewelry store. Unfortunately, she is caught, and the Assistant District Attorney John Sargent (Fred MacMurray) is called to prosecute Lee. Jack wants to get home to his mother for Christmas. Hence he delays the case until January. Nevertheless, he sympathizes with Lee and arranges for her bail. Of course, adhering to the cinematic narrative, John and Lee come together under some circumstances and embark on a road trip that leads to kissing at Niagara Falls. Remember the Night may not be as ebullient as It Happened One Night (1934), but it’s watchable for the holiday ambiance and the central performances. 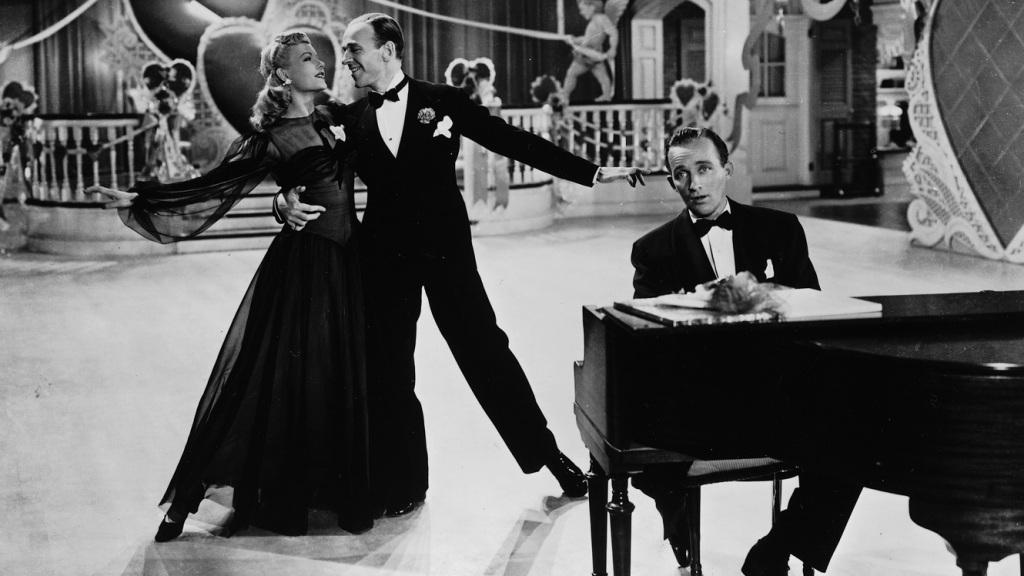 Even for a musical, Irving Berlin’s Holiday Inn (1942) contains a thinnest and a very platitudinous story-line. But why should we care about a narrative, which only remains as an excuse for the vastly talented Bing Crosby and Fred Astaire to cook-up some delightful song-and-dance sequences? Set in the eponymous vacation resort, the simple plot features a love triangle replete with entertainingly silly humor and madcap dancing. Holiday Inn is best remembered for the rendition of ‘White Christmas’, but there are equally great lesser famous songs such as ‘Easter Parade’, ‘Happy Holiday’, and ‘Lazy’. 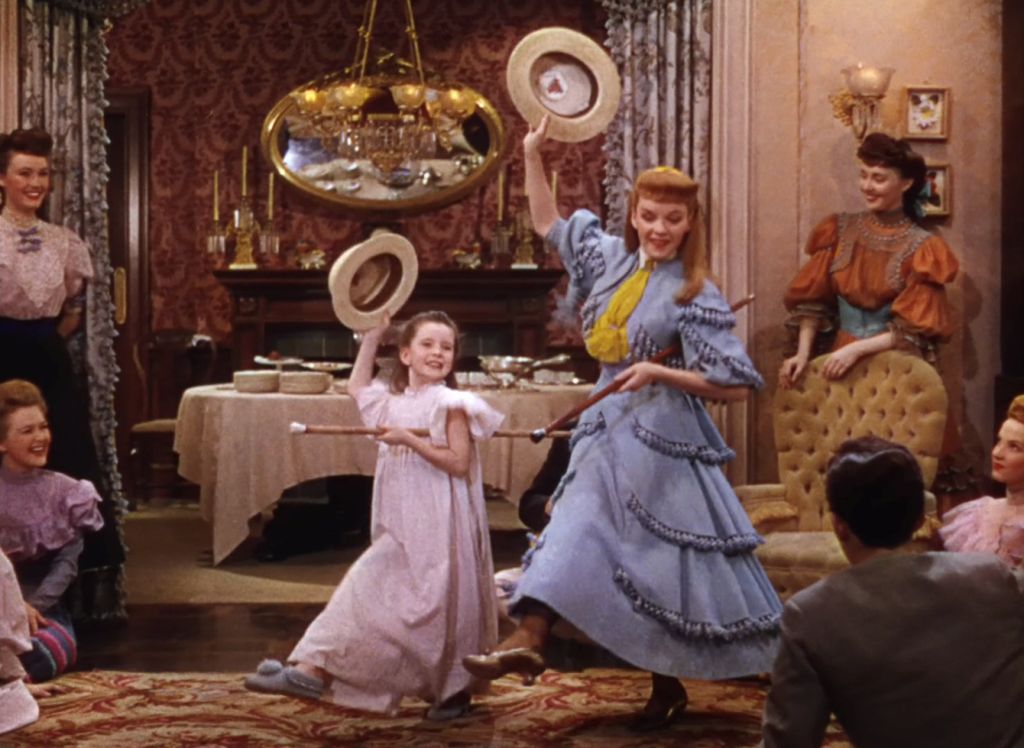 Vincent Minnelli’s classic melodrama chronicles the ups and downs experienced by the Smith family, over a single year in 1903, St. Louis, Missouri. Set in the backdrop of four seasons, leading up to the 1904 World’s Fair, the primary character is 17-year-old Esther Smith (Judy Garland). Filmed on vibrant Technicolor with Judy offering a career-high performance, the nostalgic slant and pleasing musical numbers still retain innocence and charm. Although the Christmas part in the narrative is considerably short, the preparations for the festivities are staged in a captivating and warmth-inducing manner. Moreover, the unforgettable tune ‘Have Yourself a Merry Little Christmas’ imparts a bucket load of charm to the proceedings. 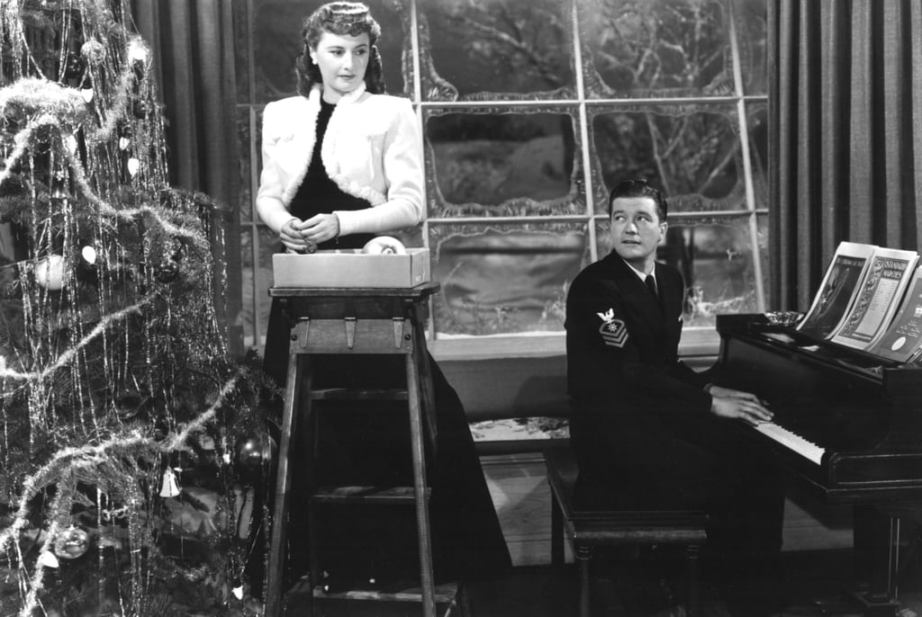 Peter Godfrey’s perennial holiday classic has Barbara Stanwyck playing Elizabeth Lane, a famous column writer. In her columns, Lane describes her life as a perfect American housewife in the picturesque countryside. But in reality, Lane is an unmarried Manhattanite, whose food recipes and interior design tips are the courtesy of her Hungarian uncle, Felix (S.Z. Sakall). When Lane’s publisher decides to visit her non-existent country estate for Christmas with an enervated war hero (Dennis Morgan), she concocts an elaborate ruse. Of course, Lane’s deception come crashing down, but a romance of sorts inevitably originates.  Though contrived and wacky, Christmas in Connecticut possesses the frantic energy and terrific comedic performances to make it one of the most satisfying holiday classics.

Similar Read to Christmas Classics: 25 Feel-Good Movies And Where To Watch Them 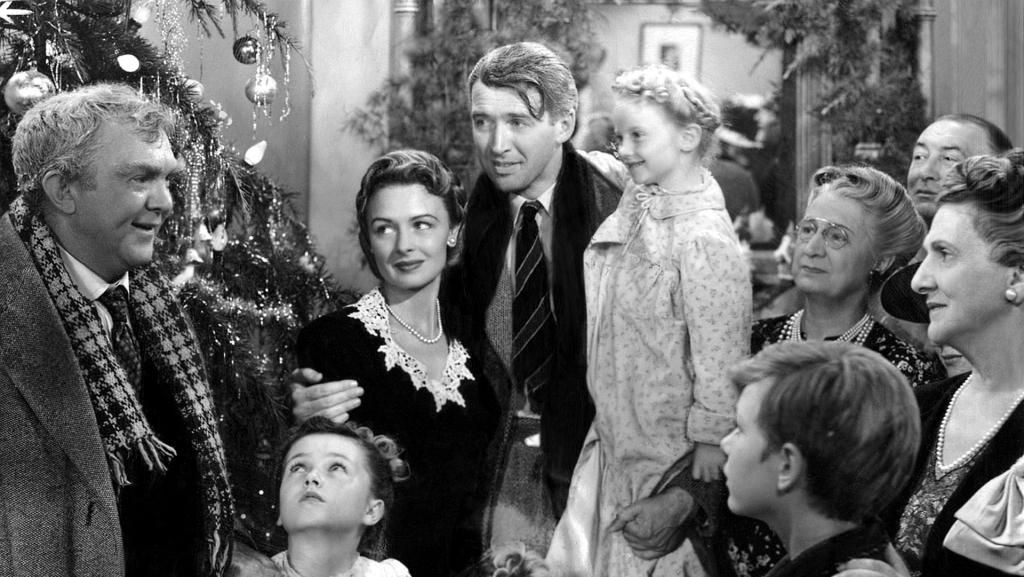 This quintessential Christmas classic (based on a short story by Philip Van Doren Stern, titled ‘The Greatest Gift’) from Frank Capra needs no introduction. Who could forget the fictional town of Bedford Falls that could have gone through hell, if not for the existence of selfless and generous George Bailey? Who else can better exude the good-guy charisma if not for James Stewart? Despite being a big commercial flop and once suspected as communist propaganda, It’s A Wonderful Life is Capra’s paean to the family and community values of ordinary white Americans. I might have watched this film countless times, yet it’s still harder to get through the final scene without shedding tears. Looking at the narrative’s focus on the financial aspects, Capra seems to have discerned the predatory qualities of unbridled capitalism. 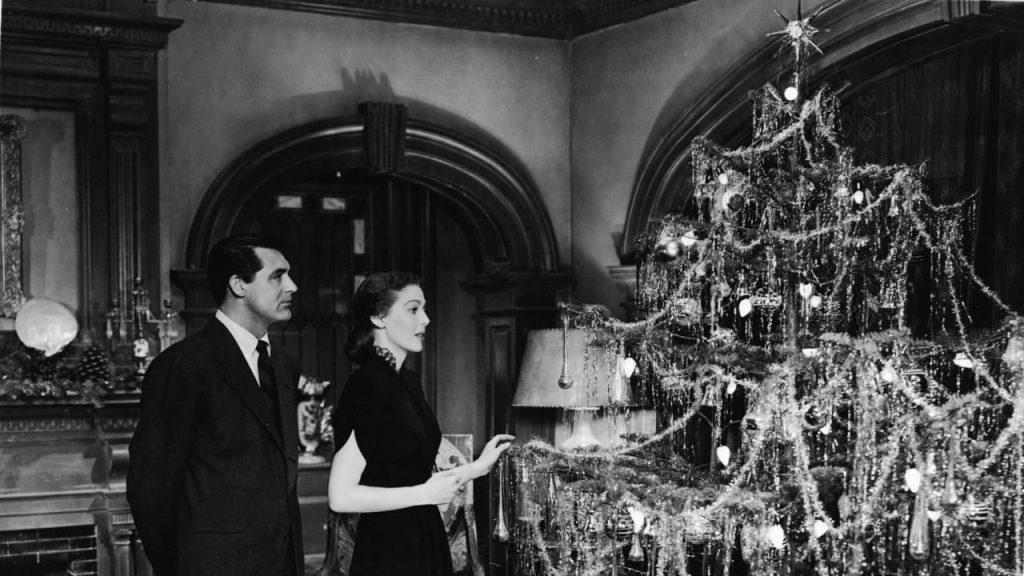 Henry Koster’s The Bishop’s Wife offers a similar message as Frank Capra’s Christmas classic: that money shouldn’t be the defining factor of a society. In this, an Episcopal bishop named Henry Brougham (David Niven) is exhausted from keeping up with the demands to build a cathedral. This takes a toll on his married life. When Henry prays for God’s guidance, he receives it in the form of an angel named Dudley (Cary Grant). The affable angel naturally alters Henry’s life so as to make him see what’s important in his devotion to God. Apart from Grant and Niven, Loretta Young as Henry’s dutiful wife, Julia offers a very strong performance. A decent remake of the film was made by Penny Marshall (in 1996) with Denzel Washington playing the angel character. 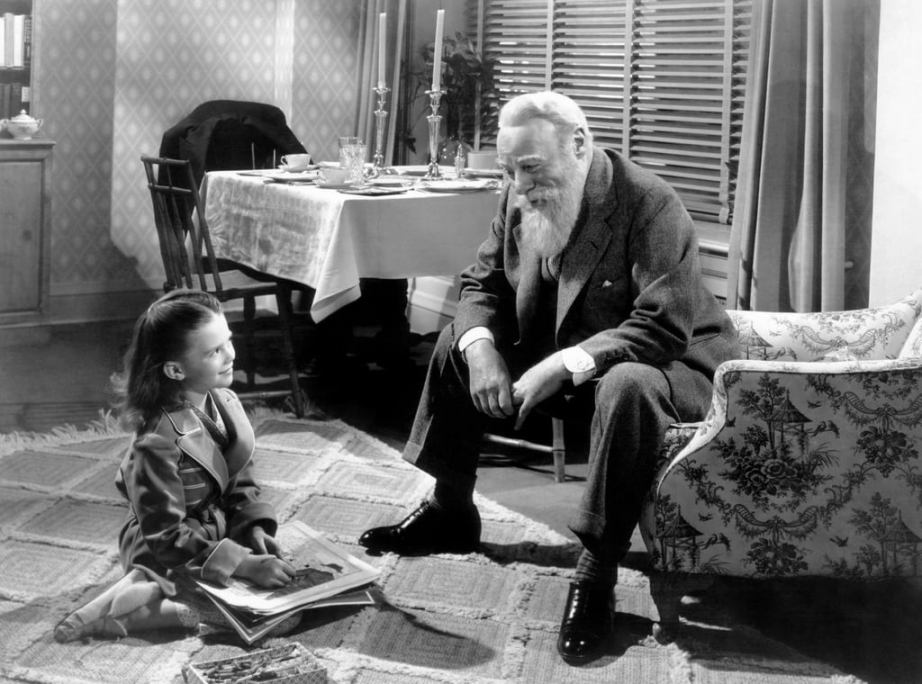 George Seaton’s Christmas classic offers positive messages that question the hyper-materialism and conformity in post-war America. It’s centered on Doris Walker (Maureen O’Hara), an advertising executive of a massive retailer store in Manhattan. Doris is a divorced, single mother, who has raised her precocious daughter, Susan (Natalie Wood) to reject the notions of faith and fantasy. Meanwhile, Doris hires a Santa Claus (Edmund Gwenn in an Oscar-winning performance) for the department store who is the embodiment of generosity and goodwill. The mysterious old man could also be insane. He claims he is ‘the Kris Kringle’ and provides his take on the commercialization of Christmas. Most importantly, Miracle on 34th Street doesn’t overtly refer to Christianity and like ‘It’s a Wonderful Life’ focuses on something universal. 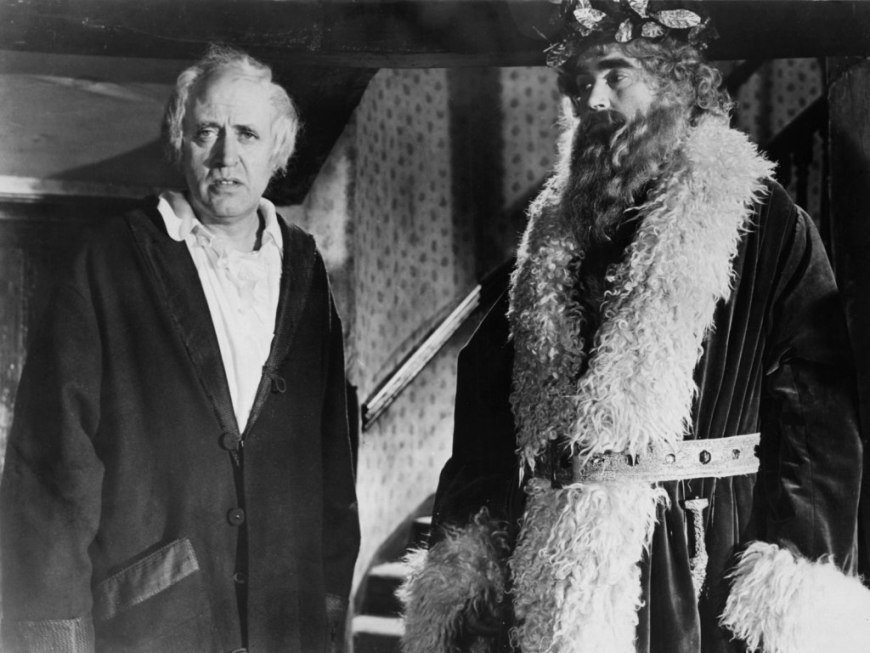 It’s easy to see why Brian Desmond Hurst’s version of Charles Dickens’ classic story is considered as the best on-screen interpretation of the miserly Ebenezer Scrooge. Played to perfection by the magnificent Alastair Sim, the titular role in 1951 movie truly comes across as a three-dimensional character. Moreover, the story was deeply realized with brilliant atmospheric photography (reminding us of Gothic horror) that the whole scenario doesn’t come across as overly didactic. Unlike the earlier and later versions of Christmas Carol, Scrooge (1951) not only interestingly realizes the old miser’s gradual transition into a charitable man, but also explains what made him a miser in the first place. 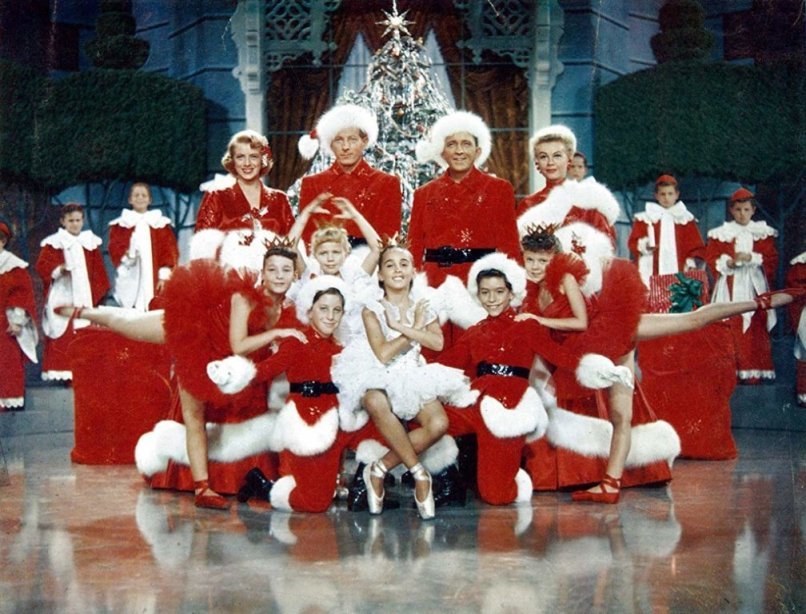 The song ‘White Christmas’ first debuted in Holiday Inn (1942). The song’s ceaseless popularity led to its inclusion in Michael Curtiz’s festive favorite. Bing Crosby and Danny Kaye play the role of army veterans who join forces and become the popular entertainers. After discovering the singing sisters Betty and Judy Haynes (Rosemary Clooney and Vera Ellen), they end up in a Vermont inn that’s run by their old general. The boys decide to put a big show to please their general and bestow jollity to his sequestered inn. White Christmas has got some great choreography and memorable musical numbers, but at times along with Holiday Inn, such Christmassy musicals now feels like outdated Hollywood hokum.

Although as mentioned above the 1951 production of Charles Dickens’ classic novel starring Alistair Sim as Ebenezer Scrooge is the definitive movie-adaptation, the 1938 version starring Reginald Owen is nonetheless heart-warming. This version takes a lot of deviations from the original story and offers a frustratingly abbreviated vision of the narrative’s key episodes. Yet Edwin L. Marin’s direction and the performances make up for such inadequacies to rightly deliver the controlled sentimentality.