Klaus is now streaming on Netflix

This film is a tale about Christmas, about the magic of letters, about realizing one’s responsibility, about togetherness and how something as simple as a gift can result in age-old hatred being eradicated which can make the world so much brighter. You too will notice the brightness as the movie progresses. It combines that run of the mill story about Santa Claus with other elements and gives us a feel-good holiday film just a few short weeks before Christmas. The beauty of this film is that you can take away any single element and yet it still works. Together the elements combine beautifully.

Klaus is a 2019 animated film directed by Sergio Pablos. Starring Rashida Jones, J.K. Simmons, Joan Cusack, and Jason Schwartzman this film talks about the power of letters. With the title of the film, you would know that this is a film about Christmas and the custom of small children writing letters to a fat man in a red suit who has the supreme power of traveling the globe in just a single day.

This movie is relatable for the opening paragraph acts as a hook that serves as nostalgia for older audiences. It understands the thing about the evolving times which fully emphasizes the fact that we don’t write a lot of letters nowadays. People just grow up which is what strips away the magic around Christmas. Think back to your childhood Christmasses and the ones you have now. With the lack of letters, the next generation suffers, although here the lack of letter writing is for another reason entirely. 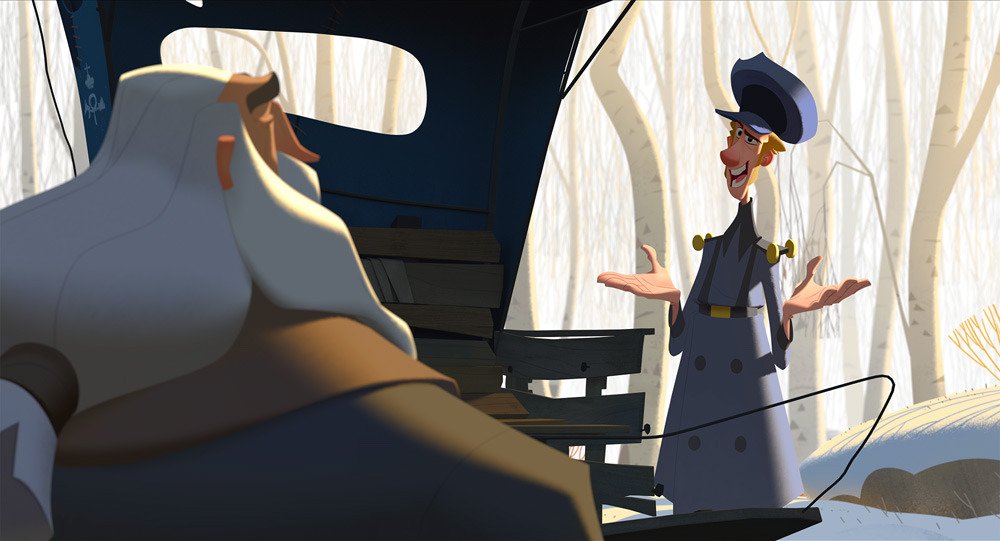 Based on the lack of telephones and the modes of transport it is evident that the film takes us back in time by a couple of centuries. We are introduced to our protagonist in what the film called a postal academy, but I had my reservations regarding this at first. It felt like an army boot camp. Jesper Johansen a privileged youngster who has grown lazy. He is rewarded with a promotion (punishment posting) and sent to a faraway town (Smeerensburg a.k.a. The unhappiest town on earth) with a task to establish a post office and reach a target of 6,000 letters in a year.

This is kind of like how in schools a notorious individual is assigned the role of the monitor in the hope that being in power provokes them to change. His task is not easy. Smeerensburg is a town of frost and gloomy winter. The appearance of natives of this town reminded me of the white walkers and The Addams Family.

The town of the finest feuds has warring clans (Krums and Elingboes) who upon hearing the sound of a bell charge onto the battlefield and engage in war only because it is what their traditions are. At that point you think, “how stupid can this be. People doing something without any rhyme or reason other than the fact that it was told to them.” Wait. We kinda do that right? And any attempt to change the established order no matter how progressive it is seen as brainwashing. Check again.

The Krums and Ellingboes are so conditioned to the sound of the bell that even an accidental tug at the rope attached to the bell leads to a battle immediately following that truce to fight the peace brought to their town by that postman.

Education, communication and any form of happiness are non-existent in this town whose first appearance on screen seems to suck the happiness out of you. 6000 letters seem to be quite a tough task now.

There are a few characters who are neither Krum nor Ellingboe. The local school teacher Alva who like Jesper came to try and make the town a better place, but she too has transformed into a cynical and angry figure.

The character of the old man in the woods is that stereotypical and misunderstood type of loner. Jesper and the audience would believe that this is a man to stay far away from. Santa, however, has always been sold to us as a fat man who made toys…..The St. Nicholas story.

Well, Klaus in the film carries a pickaxe so we are allowed to be scared. By small accident, this man receives a letter and he is touched thus giving us our story and Jesper his idea to reach his targets. Myths such as the flying reindeer, the chimney entrance of Santa, the elves and the lump of coal are written into this film quite well with scenes resulting in the same having originated quite earlier in the film. 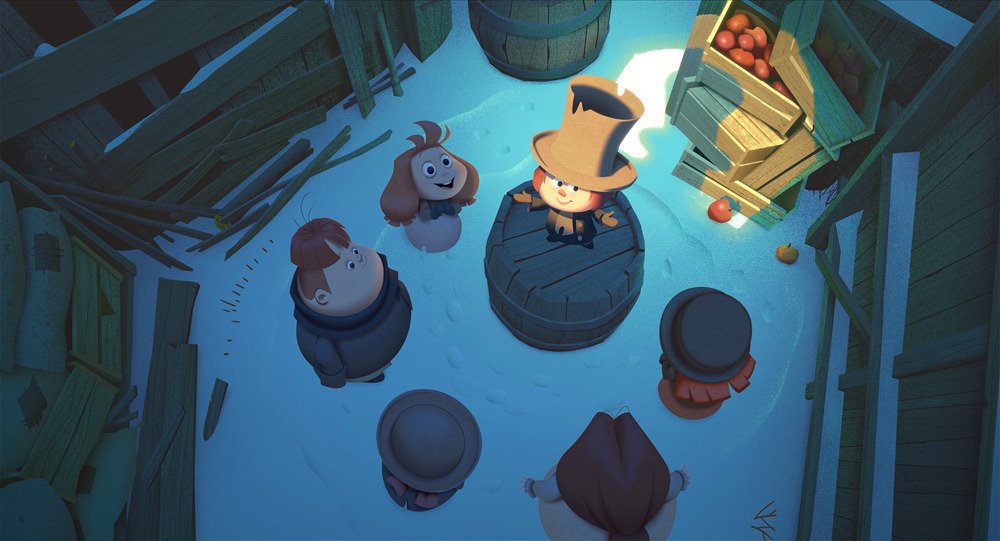 The climax is largely as expected with holiday-themed films, but it did manage to come up with a few new elements along the way. This has the potential of becoming one of those classic holiday films for reasons mentioned in the introduction, but for now, this is the best Christmas film release of 2019.

Klaus does have things I can’t wrap my head around. Such as the fact that a postman has to be the one to encourage people to post letters. Is that the job of a postman. They usually just pick up the mail and deliver it I also found it odd to see the children of Smeerensburg singing the carol Silent Night. How did they pick it up so fast. Also, how did the parents permit the Krums and Elingboes to attend school together… the earlier instance of the two mingling led to an ancestral lesson?

Just for storyline purposes of course. But the 7+ target audience may not have such qualms regarding the film and enjoy it. Maybe we too need to do the same and not overthink the film. Perhaps then it will be an enjoyable experience.

Adam [2019]: 'IFFI' Review- An Admirable Film about Living Within the Social Fringes