The sole strength of 'Satan’s Slaves' lies in the cumulative force of its jump-scares, because the familiar, thinly veiled supernatural plot and utter lack of thematic depth doesn’t provide much to relish. It provides fine campy delight but also instantly forgettable.

Jump scares could be the boon or bane of a horror movie, pertaining to its effective level of use. Poorly conjured jump scares are just cheap jolts, a brief nervy distraction from contemplating the ludicrous nature of the plot. But when used appropriately while maintaining a pervasive sense of dread throughout the imagery, jump-scares can add a lot to the chilling experience. From Spielberg’s ‘Jaws’ to Hideo Nakata’s ‘Ringu’ and James Wan’s ‘The Conjuring’, the time-honored skill of jump-scare has been put to good use. Similarly, Indonesian film-maker Joko Anwar’s Satan’s Slaves (‘Pengabdi Saten’, 2017) revels in stimulating moments that make viewers jump from time to time, consequently fulfilling the Asian horror genre conventions of heavily-powdered, long-haired apparitions. Yet the sole strength of Satan’s Slaves lies in the cumulative force of its jump-scares, because the familiar, thinly veiled supernatural plot and utter lack of thematic depth doesn’t provide much to relish. It provides fine campy delight but also instantly forgettable.

With Satan’s Slaves, Joko Anwar, known as Indonesia’s most stylistic genre film-maker, has chosen to remake the popular 1982 Indonesian horror film of the same name by Sisworo Gautama Putra (which in itself is a spin on Don Coscarelli’s ‘Phantasm’). The remake is set in the year 1981, the pre-smartphone era that well contributes to the horror genre. Twenty-two year-old Rini (Tara Basro) looks after her mother Mawarni (Ayu Laksmi), a former star-singer, now bedridden with a mysterious disease and slowly dying. Her family’s financial prospects are in shambles as they are forced to move into their grandmother’s house, situated in the remote woods on the edge of a cemetery. Rini’s father (Bront Palarae) and her three siblings – Tony, Bondi, and Ian (aged 16, 10, and 7 respectively) – are also bogged down by the day-to-day struggle. Soon the mother dies and the father leaves in search for a job. As anticipated, strange eerie things begin to happen. When Rini starts investigating her mother’s past, the poltergeist that causes slight physical disturbances amplifies its action to that of a powerful demon. 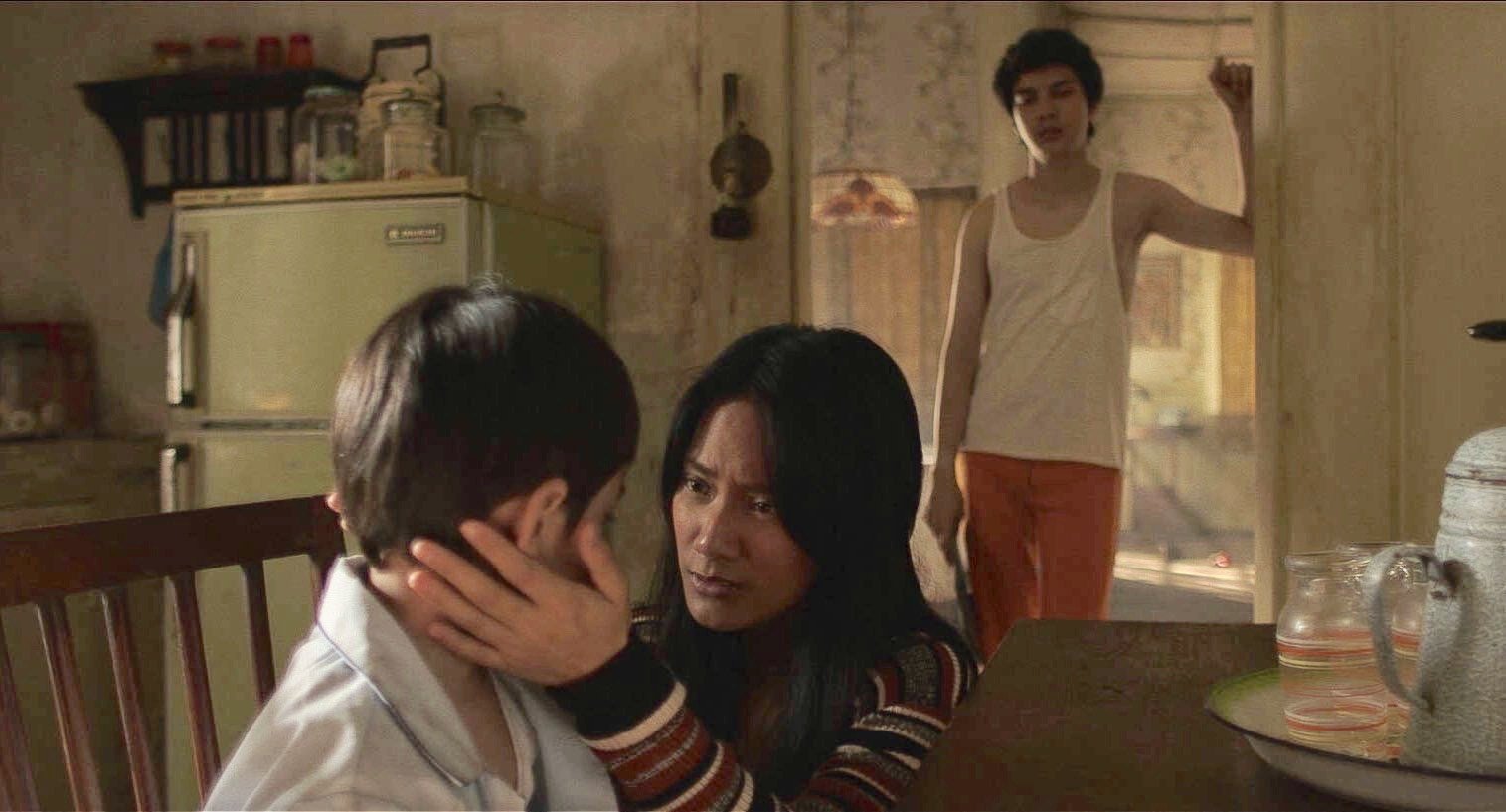 Satanic cult, Satan’s off-spring, the family that turns their back on traditional religious practices, the plot trajectory is predictable as well as preposterous. Similar to The Exorcist and several other Western horror genre films which repeatedly warns about the dangers of abandoning Catholicism, Putra’s original and Anwar’s remake work depicts the costs of turning away from Islamic values. Moreover, Anwar’s film proposes a simple solution to the purgatorial conflict: perpetual reproduction. Extend the family unit, stay together, and be a good Muslim, which is the whole of conservative message the supernatural plotting tries to bestow. Babak Anvari’s ‘Under the Shadow’ & Na Hong-jin’s ‘The Wailing’ basically adhered to the traditional beliefs. But those movies possessed enough thematic depth to relate with the modern thinking of religion and faith (while also armed with unique scare-tactics). Naturally, to somehow enjoy this Indonesian horror, it’s essential to look beyond its insipid, obsolete moralization and look into the wonderfully atmospheric old-school horror tactics employed by the director.

Anwar skillfully assembles assortment of horror flick elements and stacks one delicious scare after another. A well situated in the dank corner of the house very much reminds us of ‘Ringu’, whereas the eerie photo frame hanging in the corridor resembles the dreadful portrait of nun in ‘Conjuring’ movies. The summoning bell, the classic view-master, and mal-functioning radios are all just other scarily-good additions to the horror inventory. Mostly shot in a single location, Anwar also makes good use of creaky wooden boards, long corridors, and winding staircase. Apart from the actual scares, the structure of the film (as mentioned earlier) is wobbly and out-dated. It definitely provides certain unintentional laughs: for example, the occult investigator who churns out articles (for a magazine on satanic cults?) with zeal and immediacy of a scientific researcher publishing in ‘Discover’ magazine. Moreover, the final twist is anything but silly and annoying. Eventually, Satan’s Slaves (107 minutes) is decent enough to warrant a one-time watch, but not exactly a refreshing or riveting horror-movie material.