We might have often heard this adage: “Our life is but a stream that flows by so quickly. Make each moment count.” For millions of ordinary Chinese citizens, held back in the throes of impoverishment by a rigid uncaring social structure, life is nothing but a stream. Of course, when thinking of ‘stream’, forget the image of beautiful water current that flows smoothly and silently with astounding rapidity, and bring to mind the fake glitzy corners of cyber-world where commerce dictates culture, emotions are fake, and talent is the cheapest commodity. In essence, Hao Wu’s fascinating documentary People Republic of Desire (2018) pretty much looks like an episode of Black Mirror (the British anthology series which reflects upon dark side of technology revolution). Most particularly, I was reminded of the 2nd episode in the first season titled ‘Fifteen Million Merits’, where average folks are lured by an obsessive entertainment subculture to make an idiot of themselves. Hao Wu’s documentary shows how that near-future scenario is already here, pushing the alienated youths of China to spend their time in chatrooms, gleefully listening to karaoke singers of questionable skills.

People’s Republic of Desire follows young internet hosts as they move in and out of their virtual lives, battling depression, private problems, and mounting demands from dubious agencies that bankroll them. Director Wu (who worked in management positions with Alibaba and in Silicon Valley) focuses on the live-streaming Eco-system built by streaming app giants like YY Inc., where any aspiring entertainers (known as ‘hosts’) perform and communicate directly with their followers. Those who are shy about sharing their meager talents online fill in the role of loyal patrons, often showing their appreciation for their favorite stars by putting real money to buy votes and virtual gifts. Apart from devoted fans, rich VIP players and other profiteering agencies generate billions of dollars in revenue and directly benefit as well.

Twenty-one-year old Shen Man and 25-year-old Big Li are the star-subjects of the documentary. Their rags-to-riches make them personable amongst the legions of followers, who are perpetually clubbed under the name ‘diaosi’. ‘Diaosi’ is a hard-to-translate, complex term used to identify the youthful under-class migrant laborers, working dead-end jobs. The rise of former ‘diaosi’ hosts like Big Li gives the devoted fans a sense of comfort, camaraderie, and entitlement so as to make them readily contribute a part of their weakly paychecks. Shen Man has trained for a career in nursing, before she decided to use her serviceable singing skills and good looks to become a top live-streaming entertainer. She is the sole working member in the family, forced to support a sister, stepmother and a bankrupted, slacker father. Rightly tuning-up the cutesy and naïve qualities in good proportions, Shen Man beseeches her online patrons through emotive lyrics to buy her more gifts and keep the support from blowing over. 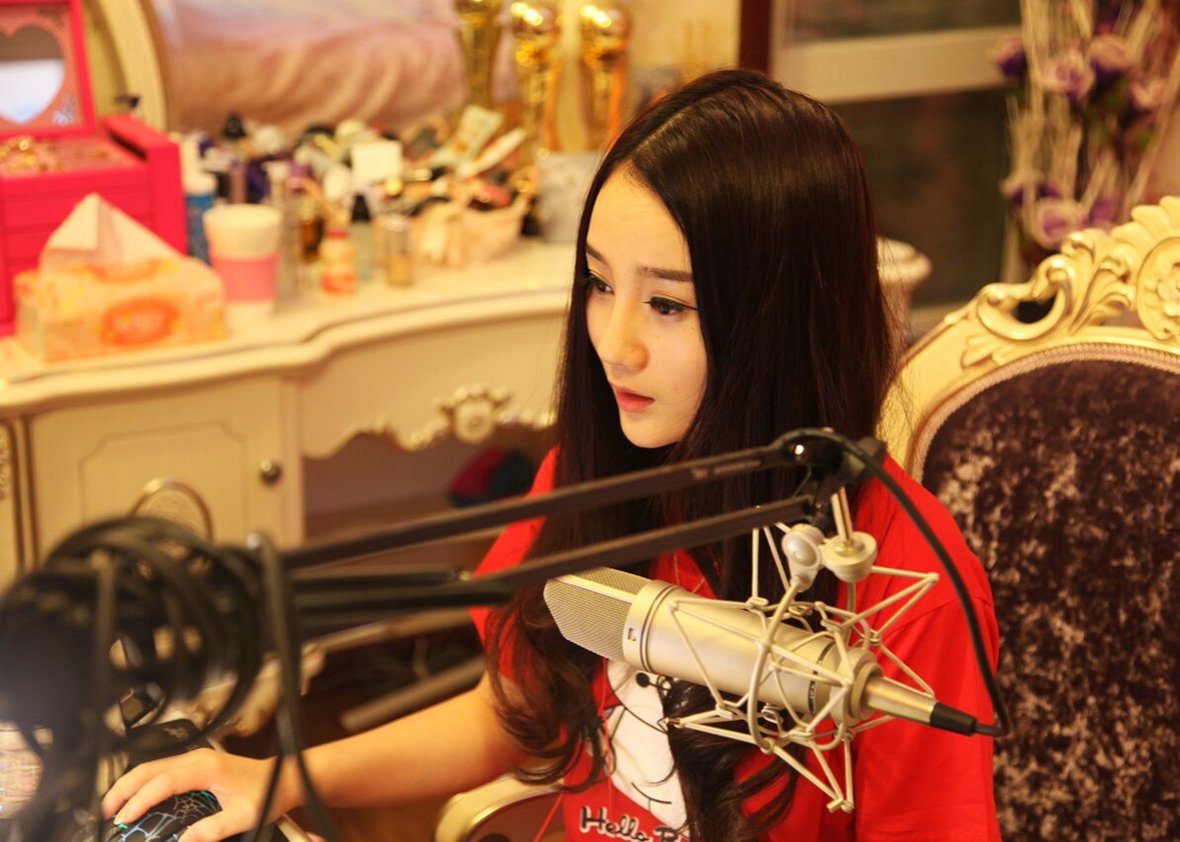 An annual competition inspires the ‘diaosi’ followers to spend lot more money and it means life or death for the hosts. Interestingly, the live-streaming system is totally real in one way: it is stacked in a manner so that small percent of lucrative talent agencies and prosperous patrons decide the winners; just like the one-percenters controlling the society’s flow of wealth. Venture capitalists and underworld types starts up agencies and forges successive business relationship with popular hosts and singers. The hosts have to share a huge cut of their earnings, but that’s no problem since partnership with agencies improves their profit opportunities. Big Li’s been competing three straight years for annual championship with no success. Hence he strives hard to keep alive his fame and money-making capability. Shen Man is more successful but she constantly fields online misogynistic abuse. Furthermore, most of the rich patrons expect sexual favors from her in exchange for money.

Director Hao Mu smartly takes a casual approach in presenting the lives of Shen Man and Big Li, largely avoiding traditional interviews. Initially, the fakeness that oozes from their online persona keeps us at a remove. But gradually as Mu lays out Man and Li’s various financial and personal pressures in this highly intolerant profession, we start to withhold feelings of sympathy for them. Despite the lavish lifestyle, the erosion of their inner-selves depicts the wrecking nature of rampant voyeurism at play. Hao Wu incites feelings of sadness and outrage as Shen Man dolls herself up with fake eye-lashes and such, and connects with zealous fans through laptop webcam and microphone, situated in the living room of her decrepit housing quarters. There’s even a tinge of dark humor as Shen Man nonchalantly addresses the silly patrons’ questions about her ‘boobs’, while her parents stay in the background, watching the daughter at work with an interesting mix of expression.

Be it the low-level fans earning $500 a month or hosts with $200K monthly salary or the multi-millionaires running the show, one thing we repeatedly hear is their lament about being lonely and feeling depressed. Accordingly, the platform is all about bringing people together at the expense of pushing away one’s reality. In fact, cultural and economic disenfranchisement works in tandem to create the necessary social distance in order to feed the swift acceleration of these fake subcultures. The insider perspective on a contemporary online trend definitely makes some of the social media activities less vitriolic and abusive. Hao Wu also subtly nudges our attention towards the wide disparity between oligarchs and migrant workers, occupying the two extreme ends of the system. At times, the documentary seems to suffer from the repetitive, narrow point-of-view as it persistently concentrates on the superficial aspirations of the hosts. What it lacks to show is a vivid picture of the background business strategies of YY and rich patrons who take the money out of dazed followers with the supreme talent of sophisticated pick-pockets. But considering the censorship in place, it may not have been easy to do that sort of deep expose. Still, People’s Republic of Desire (94 minutes) remains as a quietly devastating snapshot of a virtual community that’s low on intellect and egalitarianism, whereas high on deceit and exploitation.

“PEOPLE’S REPUBLIC OF DESIRE” WAS SCREENED AT THE 2018 FANTASIA INTERNATIONAL FILM FESTIVAL.
CLICK HERE FOR OUR COMPLETE FANTASIA COVERAGE.