Romantic comedies can be misleading. They show us the struggle of two souls uniting with a sweet-tainted ending – mostly with a marriage in the cards, but none of them show us what lies ahead. In Israeli filmmaker Talya Lavie’s follow up to the widely acclaimed “Zero Motivation,” a married couple reach their lavish honeymoon suite only to never use any of its services. “Honeymood” is a comedy about a married couple that goes straight to the aftermath of marriage – a fight that doesn’t seem to come to an end.

Taking place over the course of a single night, the film’s central conflict sets in right away. The bride Eleanor (Avigail Harari) and groom Noam (Ran Danker) had promised each other that they will not open any presents on the wedding night. However, a particular envelope that was gifted to Noam by ex-girlfriend Renana (Yael Folman) becomes a major cock-block for the two of them. Instead of focusing on what they have, the two of them start bickering about the said envelope.

After a lot of back and forth, Eleanor – a stubborn, impulsive, and childish woman who mostly gets her way, manages to persuade Noam to open the envelope. To her surprise and imperative frustration, the envelope actually contains a ring as a wedding gift. Eleanor is clearly not happy about such a gift; more so, she isn’t exactly pleased with the way both their exes were bonding and bitching during the wedding. 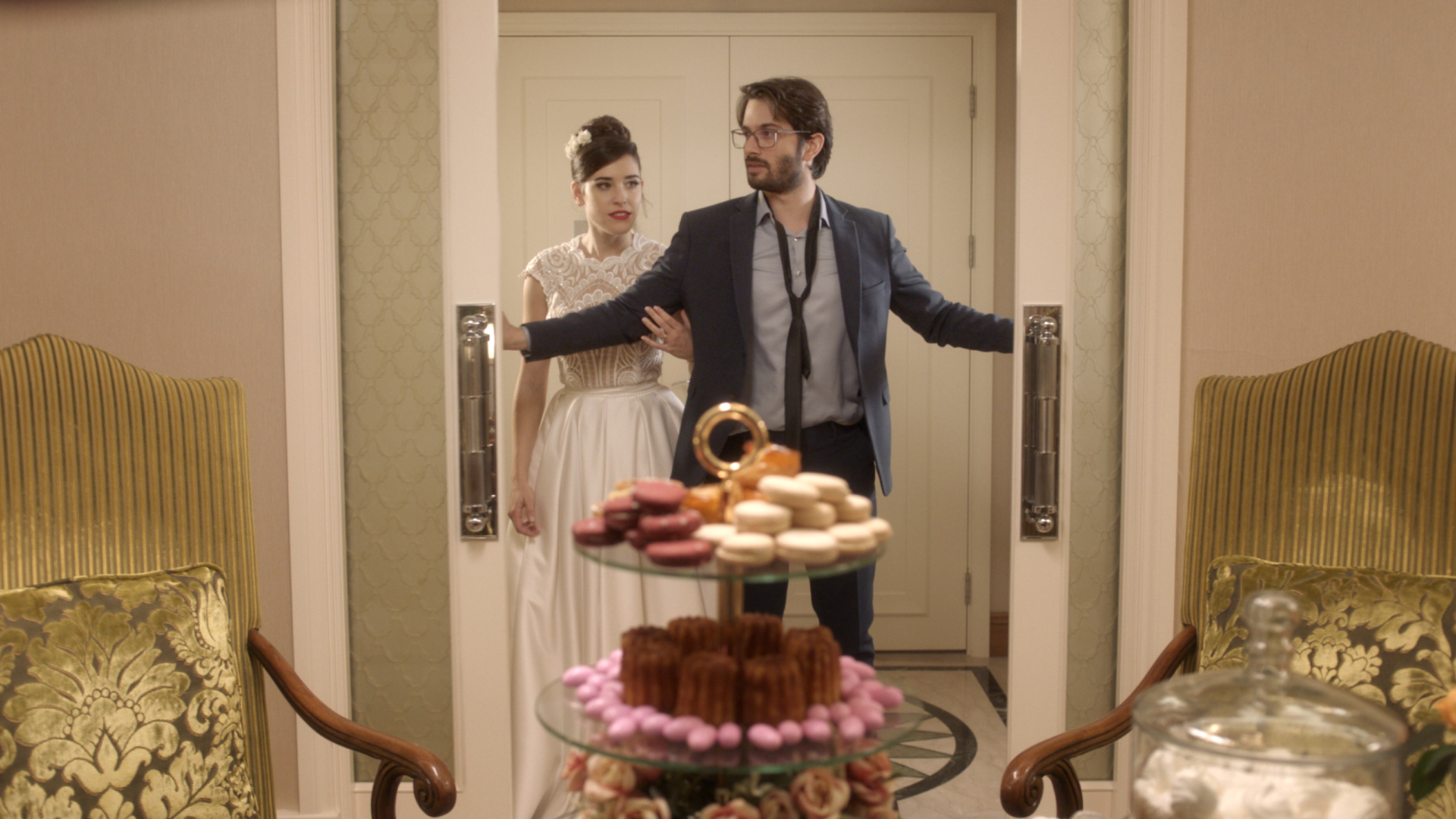 Intuitively and on Eleanor’s insistence, the couple embark on a journey to return the ring. This is director Talya Lavie’s way to actually look at the hollowness that lies within. The newlywed and their past life is never brought into the picture but one can guess that the wedding took place just because it had to. The night thus becomes a way for the two of them to learn about themselves and each other.

“Honeymood” takes place mostly on the streets of Jerusalem with some strange and wacky characters meeting up with the couple. There’s an entire sequence dedicated to Eleanor’s ex-boyfriend who asks the two of them to sit and look at the first cut of his short film. While some of these sequences are intermediately funny, a lot of the wry humor comes from the back and forth between the couple.

I especially liked how Lavie gave us a way into Noam so that we figure out what made him marry Eleanor. The scenes between him and his parents show how his life has been mostly run by them. The toxic nosiness and the insistence that they show towards him is a way for us to know his love for Eleanor. This is a comical, yet crucial moment in the film – without which the film would have squared off even before it actually does.

The comedy here is really a way to deal with the absence of a cohesive narrative that knows where to take these people. Lavie tries really hard to make these two unlikeable characters and their sorry plight feel like something that connects, but she doesn’t stick the landing. Most of the character traits exhibited by Eleanor impulsively trigger us into believing that it’s her fault when it isn’t. The writing doesn’t pave way for Eleanor to become someone you feel empathatic towards.

Thus leading the entire wobbly and haywire third act feel like a lost cause. There’s a point where we see an elaborate dance sequence of the bride dancing with the handsome and strong bodyguards of the Prime Minister and I have no idea what to make of it. Sequentially, “Honeymood” is a film that has some fine performance and a few laughs but mostly it just happens to be one of those films that come out of a one-line idea that fails to compensate or revels in its chaos.

Werewolves Within [2021]: 'Tribeca' Review - A Horror Comedy with shades of whodunnit