Home»Reviews»10 Reasons Why Spider-Man: Into the Spider-verse is the Greatest Spider-Man Movie Ever
Reviews

Spider-Man has had revivals, reboots, and literal studio-conflicts for years now. So when the friendly neighborhood superhero was to get an animated makeover, chances were pretty slim that it would turn out be exceptional. Well, those slim chances have actually gotten the better of us. Spider-Man: Into the Spider-Verse is not just the best Spider-Man movie ever made but is possibly the most intelligent, inventive and bold Superhero movie of the year.

In the following post, I discuss why Into the Spider-Verse deserves your love:

The year not only gave us Black Panther – the much beloved Marvel adventure whose representation of Afrofuturism was not only lauded by critics and audience alike but also the beginning of the end of Marvel Cinematic Universe with Avengers: Infinity Wars posing the most serious threat to the alliance of superheroes till date. However, Spider-Man: Into The Spider-Verse does something that these films never managed to do. It juggles 6 different origin stories giving them all brilliantly conceived backstories, vigor, and a definite emotional depth.

2. A Treat For the Comic-Book Nerds


For the people who have always complained that Comic Book Movies need to be like Comic Books, you have got yourself a 2 hour long neon-colored love letter to comic-books. Every frame of Spider-Man: Into The Spider-Verse is alive with bold, close-cut, neatly knitted threads that can settle into your head just like turning pages of a beloved comic-book. There is no gimmick or initial attraction to get your attention and then later turn into the same old stuff here. The movie actually plays out like a comic-book with literal signs to show motion and blubs to show inner-thoughts.


While low-key universe building movies like Ant-Man and the Wasp get the humor right, they forget to build a bridge of cinematic brilliance when it comes to balancing fight sequences, purposeful human-drama, and true superhero triumph. Spider-Man: Into the Spider-Verse pits a coming-of-age film about a teenager living in Brooklyn whose obsession with the superhero is tackled with both fan-boy theatrics and a confounding study of a father and uncle figure that can oddly affect how the child sees the world and lives it.

Not that it is important, but the movie understands diversity like no other. It could have been very easy for the movie to just put out any random number of male supeheros or representations of colored races. But unlike Black Panther that screams it’s badge of diversity and representations, Spider-Man: Into The Spiderverse does it very smoothly. Also, to top that clause off, it’s even self-refers to it’s lauded individuality unlike most of it’s counterparts that couldn’t sound more obvious. 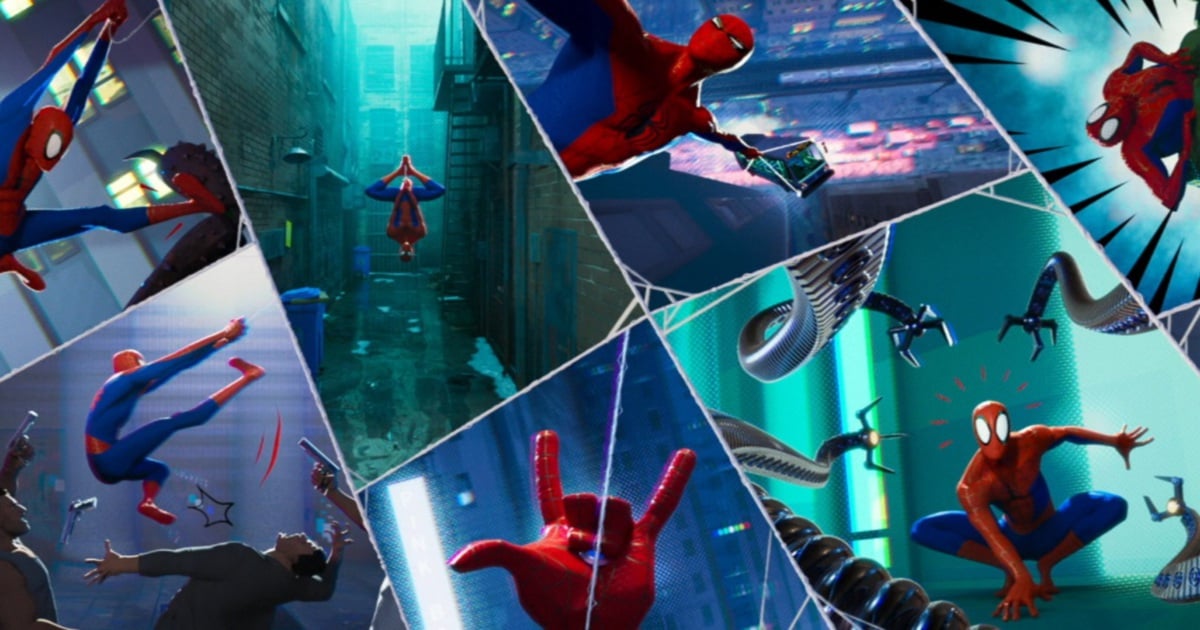 The acid-trip art style gives Spider-Man: Into the Spider-Verse extra edge for being a pure-cinematic blister of orgasmic energy. There are instances in the film where we know that the movie understands that for getting the audience understand what they have been missing, there’s a definite need to show them what they have already witnessed in a way that doesn’t hurt their sentiments, nor does it dilute their experience.

The movie is incredibly detailed with it’s set-design alone setting new standards for animated films and comic book films in general. The times square shown in one of the sequences features brands and their future brand-expectations. It’s mentioned that the creators actually reached out to these people to know what they would want to have as their future. There is not a single instance in the film where you can really grasp everything that is happening. The film is also a truck-full of Easter eggs for fanatics especially those who are very eager to see Stan Lee in his last appearance.

7. A Perfect Homage to the Friendly-Neighbourhood Superhero

Since the film tackles multiple-timelines with multiple Spider-Men showing up, it is also the best, most innovative homage you will ever see to the superhero himself. It also paves way for introducing villains that have always been part of comic-books but never got a chance to come out to play. There’s an entire section in the film that refers to the Sam-Raimi rendition of Spider-Man and how it soured so high and steeped so-low all in a matter of seconds.


The action in the movie is neat and never too explosive for the sake of it. In fact, the creators almost criticize the whole idea of loud, crass and unclear action scenes in a superhero movie when a big-ass fight takes place inside Aunt May’s living room with all the superheroes and villains fighting it out.


The after credit scene alone *spoiler alerts* understands that the comic book reading audiences will definitely want to relive their most-loved meme on the internet. 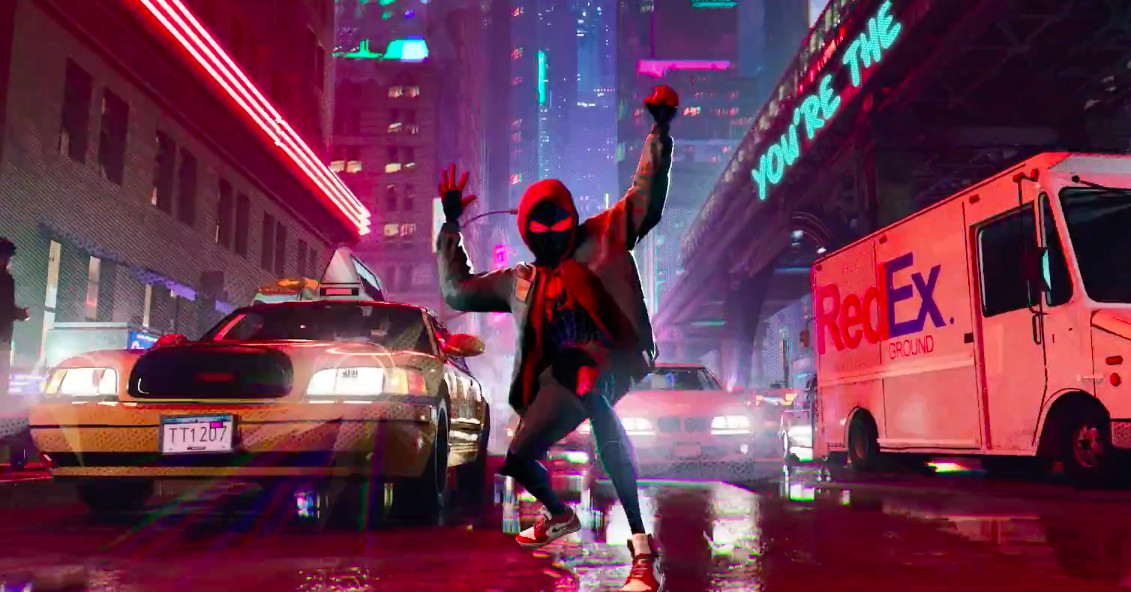 The filmmaker trio doesn’t just lead a superhero movie that completely reinvents the genre but also sets the bar high for other filmmakers who have been trying to present their vision only to be brought down by the big-studio demands. Spider-Man: Into the Spider-Verse is a definite ballsy move for movie studios who have been reshaping and rehashing the same thing over and over again just because they know that a certain thing works.

Into the Spider-Verse in playing in a theatre near you. Make sure you see it on the biggest screen possible. The visuals storytelling spark an opaque environment that is a feast to the eye.