Through a variety of characters — showing a versatile adaptation and a deep understatement of film — Ryan Gosling is beyond being the typical blockbuster movie star. His clever and subversive performances make it possible for films to not segregate entertainment from art. Here we present some of his best performances: 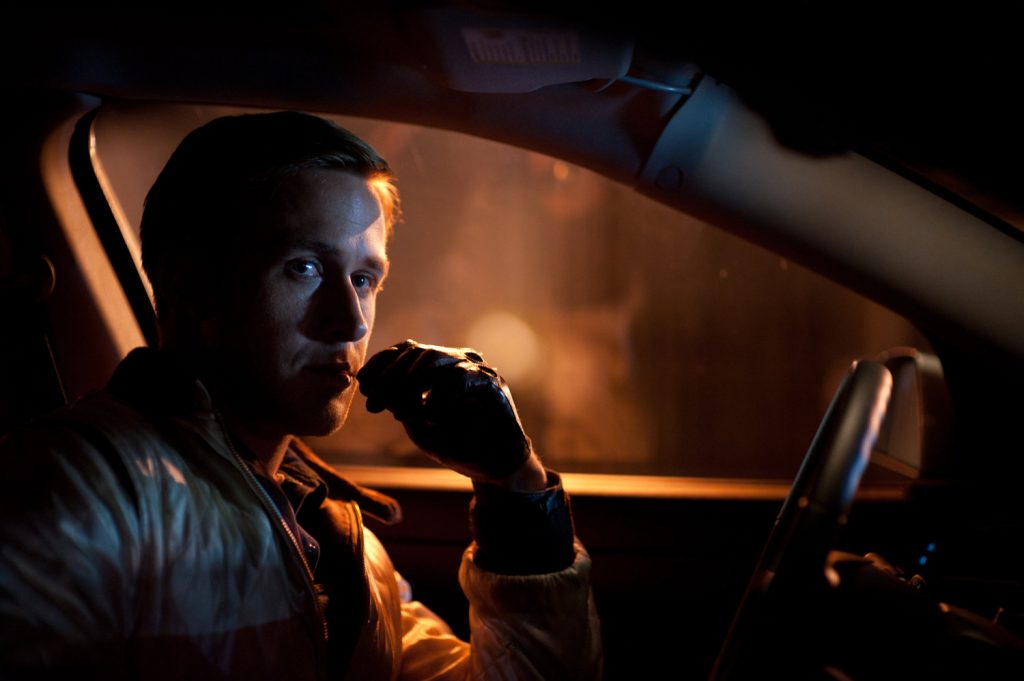 There is nothing more challenging than telling a story that has been told a hundred times before and still making it feel alive. Drive (2011) gives the outdated American action fairy tale a fresh perspective of storytelling. This film relies on a mesmerizing visual narrative dealing with very brief dialogue.

The story does not depend on action jump-cuts to hold the attention of the viewer, it is captivating because of the mysterious evolution of violence that Ryan Gosling portraits thoroughly in his character. Gosling performance conveys troubled emotions between kindness and violent brutality. His subtle act translates through the screen beyond what any action cliché movie could ever aspire to be. 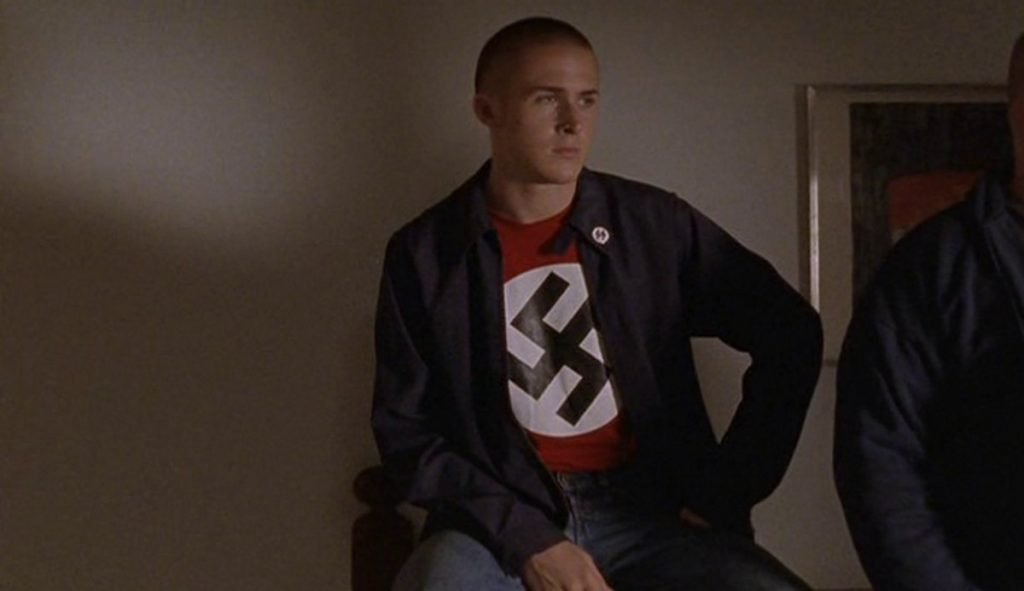 Ryan Gosling offers an immaculate performance of a troubled neo-nazi who attempts to reject its Jewish roots, as Danny Balint, in The Believer (2001). Beyond exposing the normalized irrational hate to practice religion, The Believer, escalates to the provocative suggestion of self-doubting faith. Gosling renders an insight of the existential identity issues masqueraded by the vulgarity and calculated violence of Danny Balint.

The controversial plot twist of the film succeeds because of the brilliant subtle duality in Gosling’s performance of the psychotic character. As it tends to happen, issues are less scary when we examine them further from how wrong and disturbing they can be. I believe society can benefit from an actor as talented and intelligent as Gosling to dare to expose and play these kinds of roles. 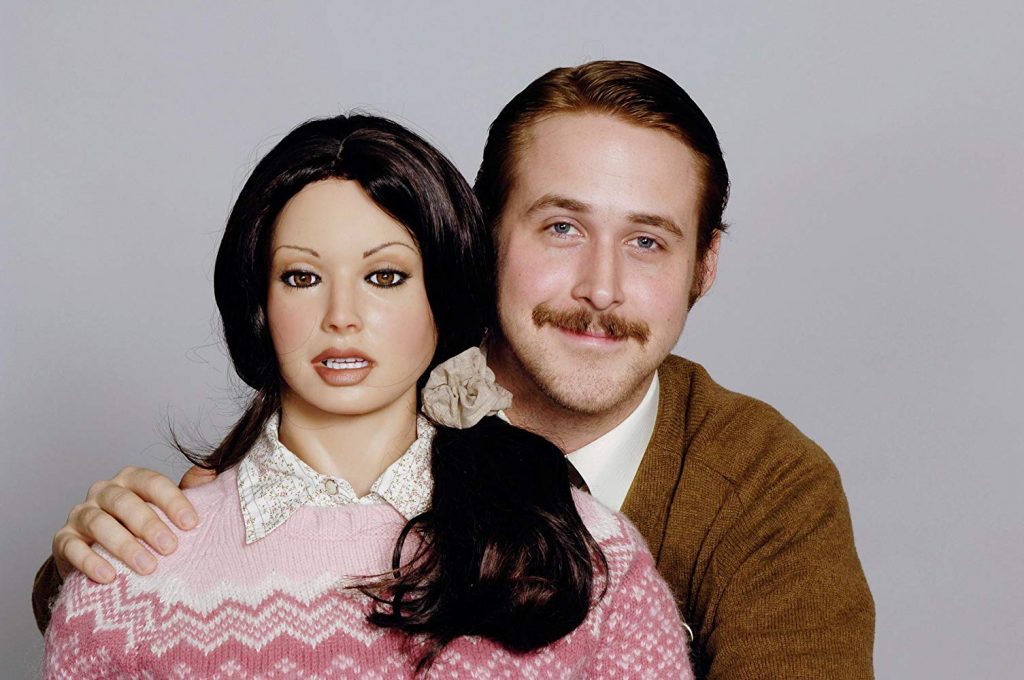 Gosling’s starring role as Lars Lindstrom — a man who developed comfort in isolation from a very young age by growing up with a depressed father — startles with a candid performance of what might be the depths of sorrow of mental health. Gosling’s act shows the remote, painfully awkward transmutation of Lars, who puts into the delusion of dating a sex doll as a coping mechanism with society.

The plain thought of dating a sex doll is perverse, nonetheless, the film evokes the opposite: empathy. The performance of Gosling is remarkable thoroughly the complicated essence of Lars. These are the kind of films worth-watching to expand our mindset, to allow us to have a different view of life in an attempt to make the world a little bit better for everyone. 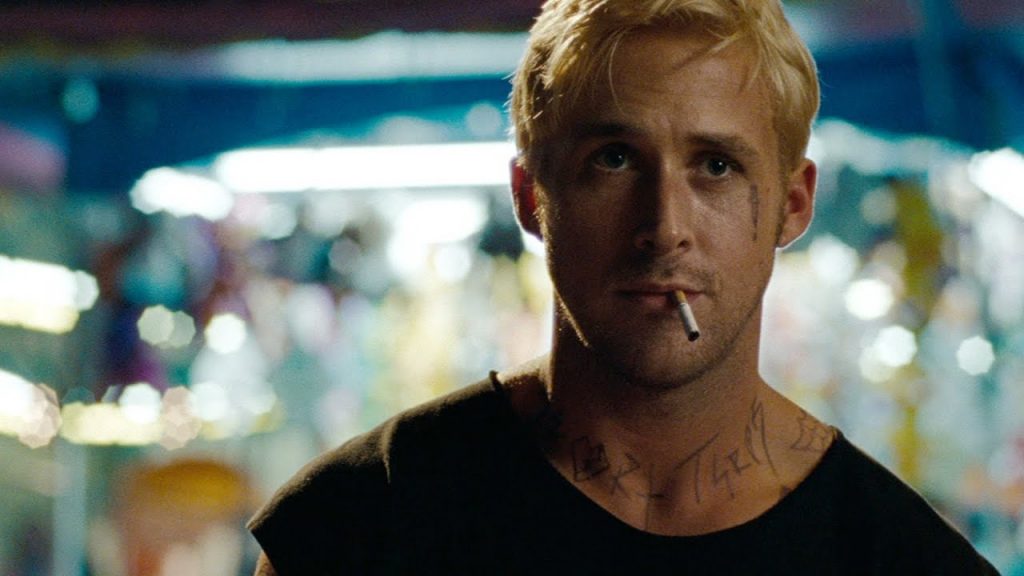 A film starring Ryan Gosling as Luke Glanton, the biker with relentless behavior who doesn’t seems to grasp reality and its consequences, a character that defines men as trouble. The kind of men that could be loved despite his demons. Gosling brings an electric feeling of youth, along with a naive optimism to the screen, his charm shines through his rebellious performance.

This is not a predictable story about crime and justice or goodness and evil, it is about the haunting presence and the echoes of a legacy from people that have left us. Gosling’s act transcends through the entire film, even during his absence, his strong presence outlives the plot. 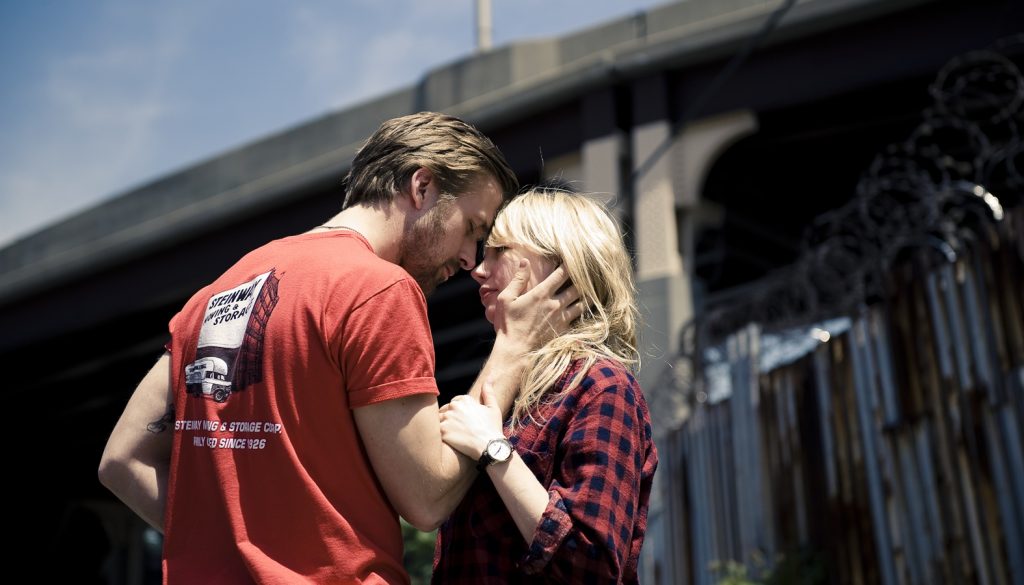 Blue Valentine is the heartbreaking adaptation of the unspoken reality of too many marriages. Derek Cianfrance directed both Michelle Williams and Ryan Gosling with a sense of freedom and a challenging demand for spontaneity. As a result, both actors who were constantly surprising each other, successfully composed a film beyond the script.

Gosling presented an honest and intimate act, from showing the effortless magic of falling in love to the exhaustion and frustration that compels the struggles in every relationship. Blue Valentine succeeds in communicating powerful and resonating moments of heartbreak because of the authentic commitment in the astonishing performances of Gosling and Williams. 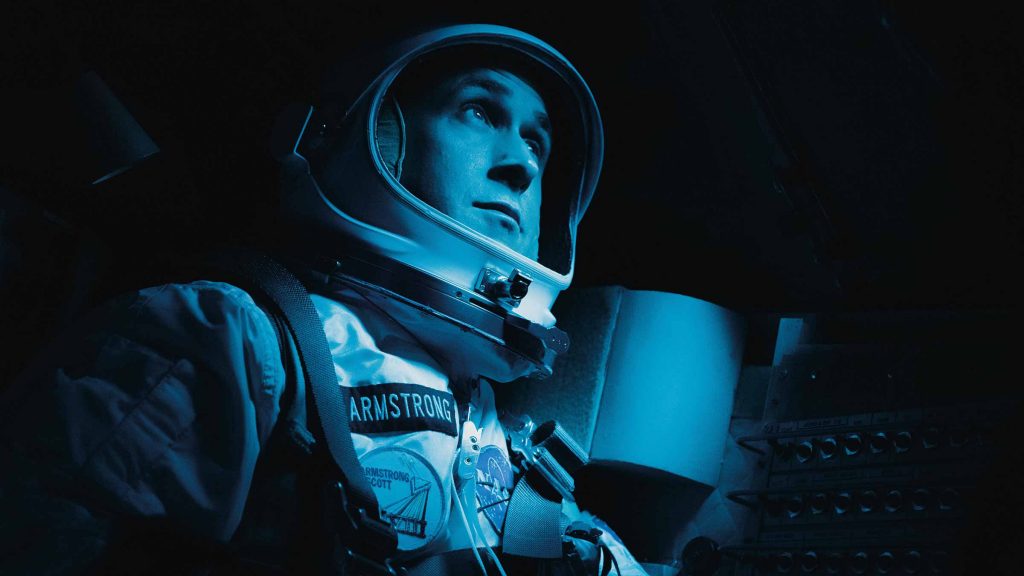 First Man (2018) portraits the intimate struggle of becoming the iconic figure in history, Neil Armstrong. It is easy to celebrate accomplishments that are not ours without thinking much about the implications. Director Damien Chazelle challenged Gosling’s resilience in the task of enacting an extraordinary life, becoming the First Man.

Gosling’s act feels naturally remote, subtle and exciting as the tension builds up within the character’s family and the uncertainty of death in the trajectory of a career that relied in limited technology. The film is shot in a documentary style, and shows the maturity, the deep comprehension and study that Gosling put into the screen, resulting as a brilliant and fair representation of a hero, a husband and a father. 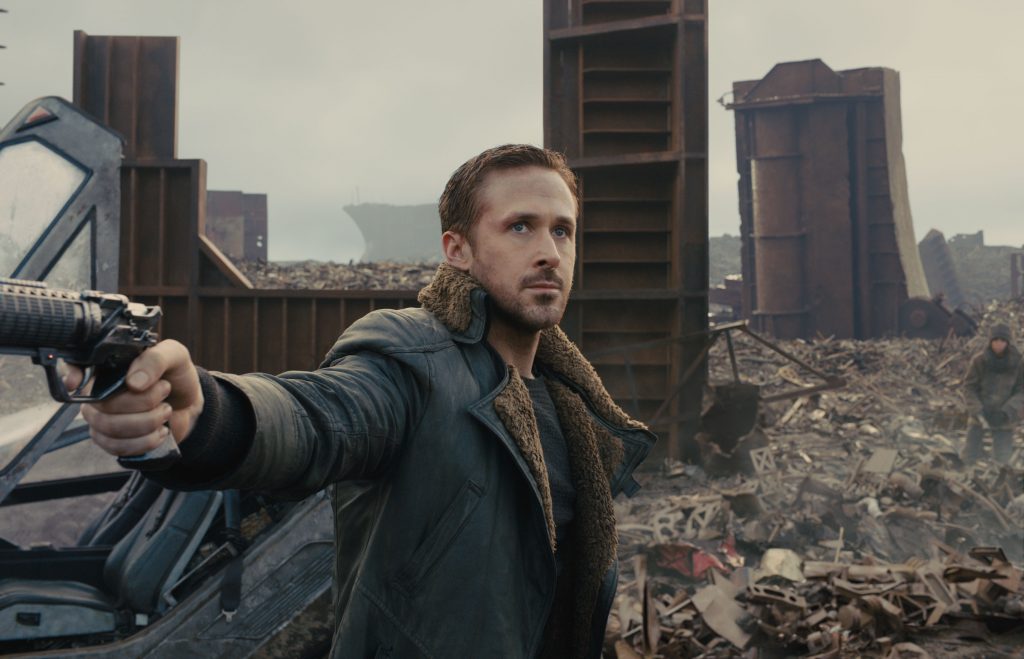 Basing a film on nostalgic adaptations is a good way to capitalize but dangerous to succeed in cinema. There are exceptions, such as Blade Runner 2049, with Gosling as the replicant ‘K’ in a journey of crushing existential doubts, the resonance of nothingness, but also, of hope.

Gosling portrays K with precise emotion in the unsettling and invalidated existence from the upbringing of his kind, as well as with intelligence into the subtle dualism of hope when confronted to the possibility of being both more than A.I, more than human. At some point in our lives everyone experiences being an outcast, an existential query, which makes it easy for the audience to evoke empathy in the natural performance of Golisng in Villeneuve’s mesmerizing cyberpunk fantasy. 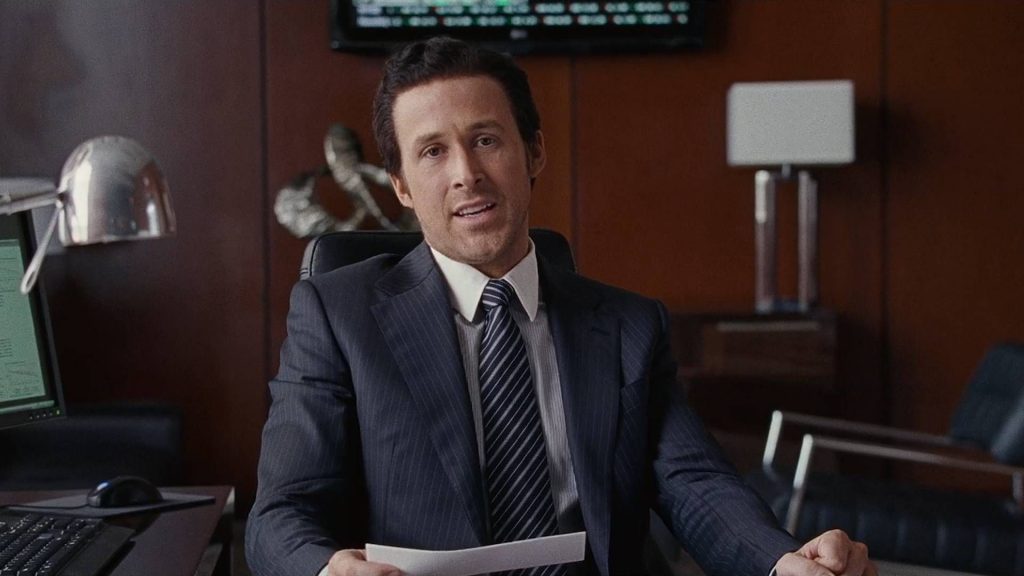 Economics or numbers are not the usual fit in the entertainment themes of film. Nonetheless, Oscar nominated, The Big Short executes the economic crisis of America’s housing market of 2008 in a ridiculously amusing and yet clever and informative manner. Gosling portrays a character who is haughty self-centered with a charming, comical and very articulated performance.

The act is ingenious and thought-provoking since Gosling, who also serves as a narrator, is in charge of explaining complex economical concepts. The Big Short has a brilliant script, one with an insight of the bastions of the economy of a nation, which leaves the viewer with curiosity and, perhaps, a thirst for knowledge. 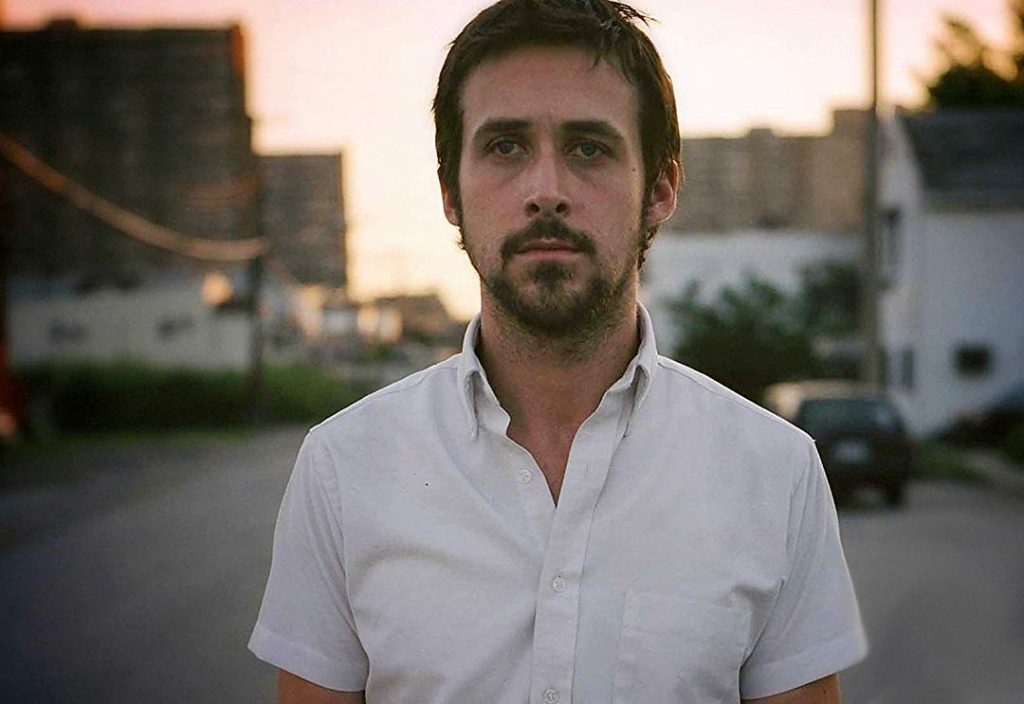 Ryan Fleck highlights the disturbingly common depression and drug issues among other broken bits of the underground society in Half Nelson (2006). Through handheld shots, the viewer subrogates to the camera’s perspective, forcing us to resonate with a sense of the raw reality, making the film feel authentic. In addition, Gosling delivers an outstanding performance as the protagonist role of an unstable drug addict who balances the lifestyle of an unconventional and caring middle school teacher.

The documentary shooting style along Gosling’s act exposes the honest repercussions of addiction, particularly in the endeavoring of the pursue of healthy relationships. Subjects like this bring conflict because they are real, they don’t always end in tragic death but trap individuals in an endless loop of grief. Definitely one of the best drama performances of Gosling to consider watching. 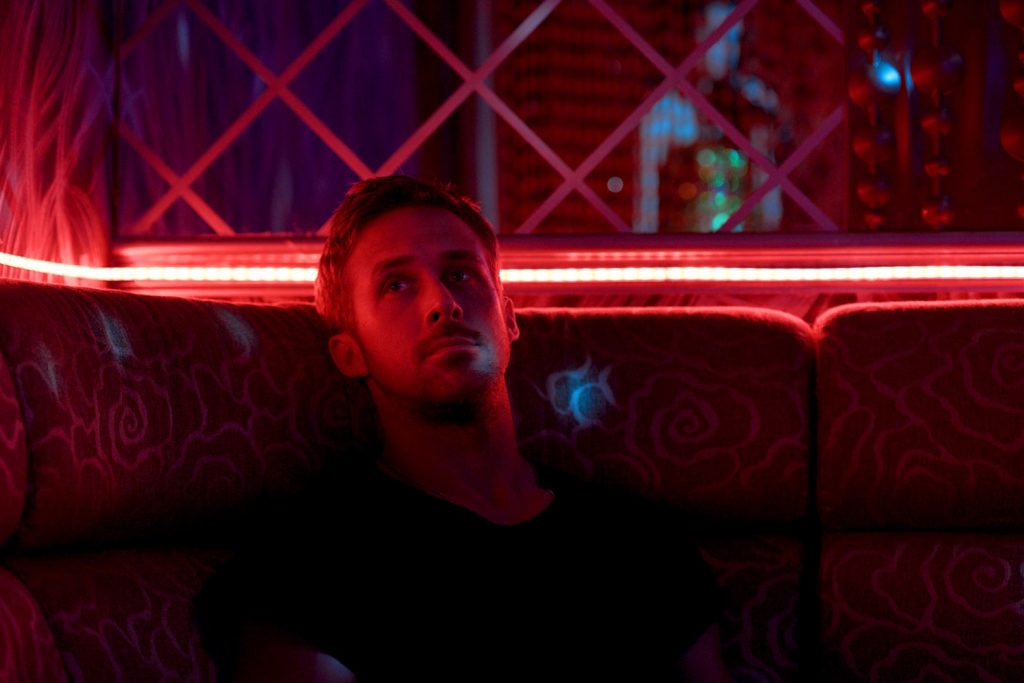 Only God Forgives portraits sadistic scenes paired with a composition of surrealism in the dark atmosphere of Bangkok. Nicolas Winding Refn, despite the complexity of the film, somehow manages to picture beauty within grotesque violence, which happens to be a case study that Ryan Gosling understands deeply.

The plot revolves around Julian, played by Gosling, in a unique sense of horror nuanced by the layers of mystery of his inhibited personality, such emotional numbness seems to emerge mostly in performing violent acts to others and himself. Gosling’s subtle unstable act is key for this film to consciously break continuity into becoming another predictable revenge story. Needless to say, this is another outstanding performance from the versatile actor.