There is something sinister about Yamato Haimura apart from the fact that he is a serial killer who has been convicted of the murder of eight young adults and charged with the death penalty. He is a smiling man who used to run a quaint bakery in the town. Who would have imagined that he basked in the pleasure of torturing his captives, especially by removing their fingernails before killing them? Lesson in Murder, directed by Kazuya Shiraishi, is superb because it crafts itself around Hamimura, letting him steal the spotlight, and leaves the audience pretty darn stunned by organizing its narrative around the psychological repercussions of trauma resulting from abuse.

Masaya Kakei, played by Kenshi Okada, is a socially awkward law student who is displeased with his family and university life. One day, he receives a letter from the serial killer, Yamato Haimura, played by Sadao Abe. Haimura was a friendly soul to Masaya when he was a middle school student and visited his café, Rochelle. He goes to visit Haimura in the prison, where Haimura bestows upon him the task of inquiring about the 9th murder and who committed it and tells Masaya that he wouldn’t go out of his serial killing way to murder someone who doesn’t fit his type – a woman over 20 years old.

Masaya jumps into this investigation with newfound vigor, going on to enroll himself as a part-timer in the firm responsible for defending Haimura in front of the law. In the process of inquiry, Masaya has to come face-to-face with the stories of several people, including himself and his family. Will Masaya find out who had committed the 9th murder? Shiraishi’s film is based on a novel by Riu Kushiki and will instantly remind you of Dr. Hannibal Lecter and his relationship with the FBI agent. 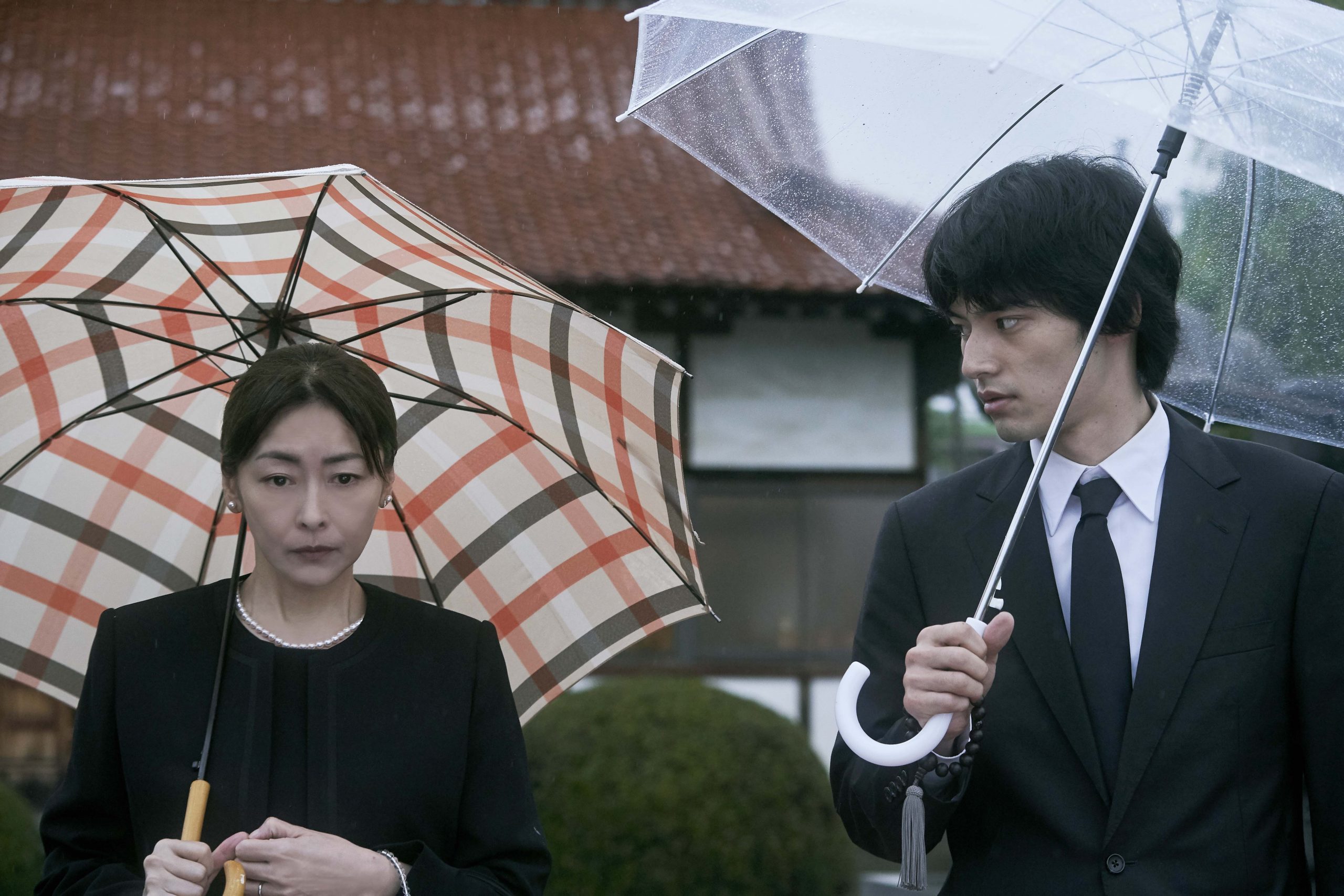 Abe slips into the shoes of Haimura with chilling ease. The character is so cold-hearted that he himself facilitates the investigation that Masaya is engaged in. Then again, he is a serial killer who plants trees on the ashes of his victims. He becomes the living breathing narrative of the film as it unpacks its croissant-like layers one after another every minute of the film.Sadly, Okada relies so much on the reclusive nonchalance of his character that his performance feels like a misplaced musical note in an otherwise finely composed tune. He starts to ground his character more during the second half of the film when the investigations probe him into the annals of his own psychological health, but by then, Abe has won over the audience already. In fact, the simplicity of Abe’s caricature of Haimura made me shudder from time to time. It is a magnetic presence, and I can only imagine why the customers in his café loved him so much.

Shiraishi also excels at shooting the film poignantly, making it just enough tense to keep your interest going as the complexities of the plot unfold. The scenes where Masaya and Haimura face each other in the interrogation room are the strongest, while those that give us a glimpse into the memories of the characters can come off as hastily done – the inconsistency may bother you in the long run. Thanks to the script and its minimal digressions, you won’t remember the director’s flaws when the film has ended. It is interesting how abuse shapes the core of the narrative of the film. 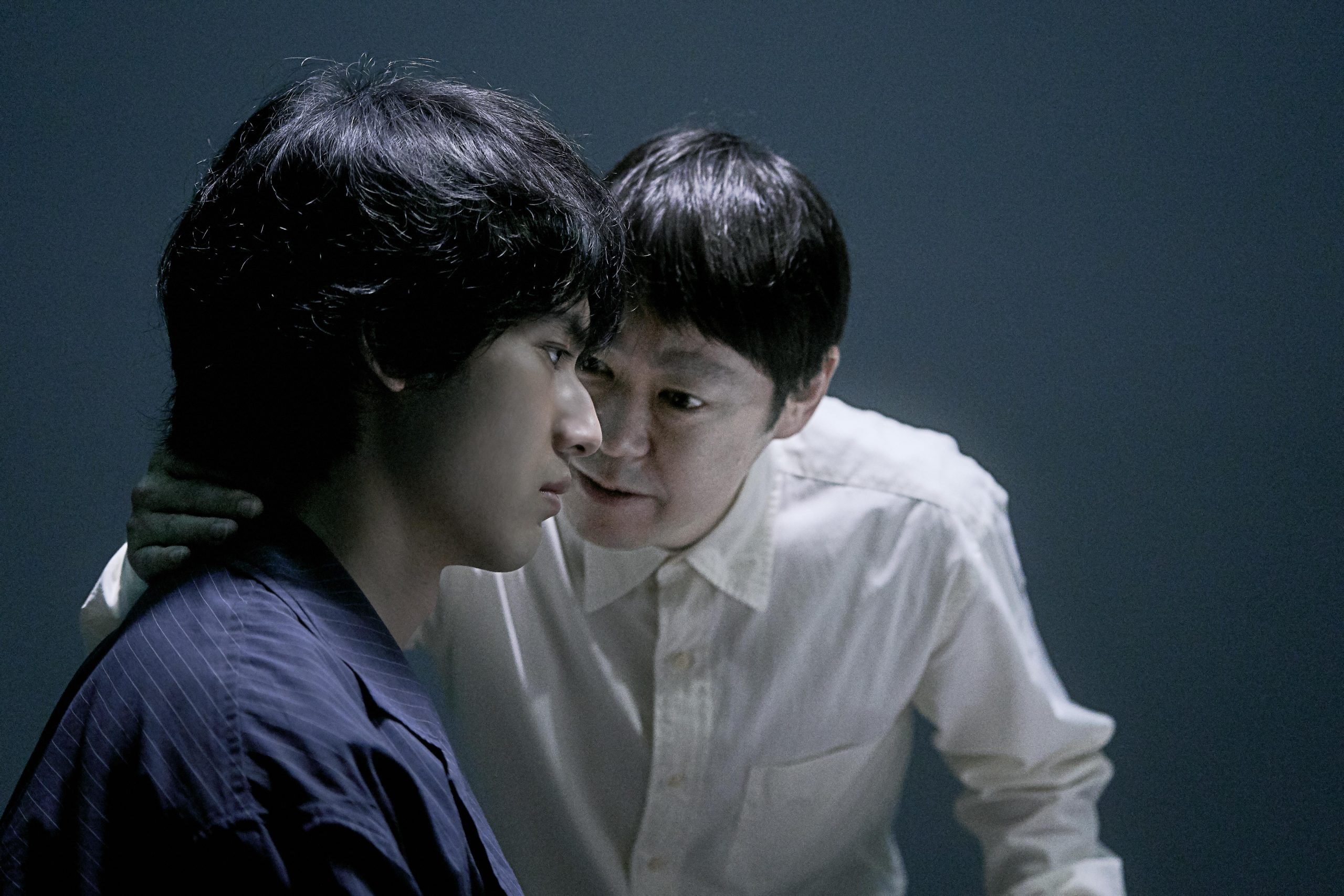 Abuse – ranging from a parent’s abuse of their child to gendered violence and serial killing – is the unspeaking foundation of human society; can we really grudge Haimura for speaking out about it so eloquently from behind the glass screen? He seems to reflect what lies hidden within all human beings, a primal core that savors violence as much as one savors coffee and baguettes. It is also interesting how abuse becomes a norm, something you expect everyone to have undergone, and secretly develop a camaraderie over.I must mention here that a scene in the film broaches the idea of non-consensual physical intimacy (not sex, not yet) to portray a character’s psychological affectations. However, there is no conversation about it, and the abuser and the abused later enter a relationship. Considering we have a film here that relies on the stimulating effects of trauma resulting from abuse, this is an unexpected and insensitive move on the director’s part.

Lesson in Murder teaches you about the gullibility of human beings. It is not literally a lesson in murder, although the film revolves around the investigation of one. It is Haimura’s story, a serial killer, and even the audience is bound to feel puppeted by him. It has its flaws, but it is impressive, to tell the least. Or, if I may say, Haimura is impressive, and this film is an ode to him and Abe’s acting skills from the beginning to the end.

Where to watch Lesson in Murder