Shadows traverses difficult thematic terrain; director Glenn Chan is primarily playing with the suggestion of the essential and intrinsic depravity in human nature and how one’s worst impulses are fueled by external agents. Chan attempts to unravel this by somewhat repetitive droning about the need to confront head on and engage in direct conversation with the dense baggage of unresolved traumas and grief that has been withheld from due expression. The central enquiry in this overstated psychological thriller is woven around that specific precipice of a moment in life when the loss of control threatens to assume its most grotesque manifestation in the manner of recklessness unleashed sans considerations.

The uneven, wavering grip on sanity is what the protagonist, Tsui Hin Ching, who practices as a psychiatrist, is up against. Early in the film, a key scene where Tsui and the other psychologist Yan Kwong deliberate at a panel, explicitly illustrates the film’s pivotal conflict between perspectives on whether violence and its leanings are immediate and immanent to human behavioral patterns. The film opens with a murder scene. A thirty something man has killed his wife, mother and daughter, rung up the cops confessing, and attempted suicide. Chun Yung has been seeing a bunch of therapists for a long time and the angle of his mental instability at the moment of the crime comes up. 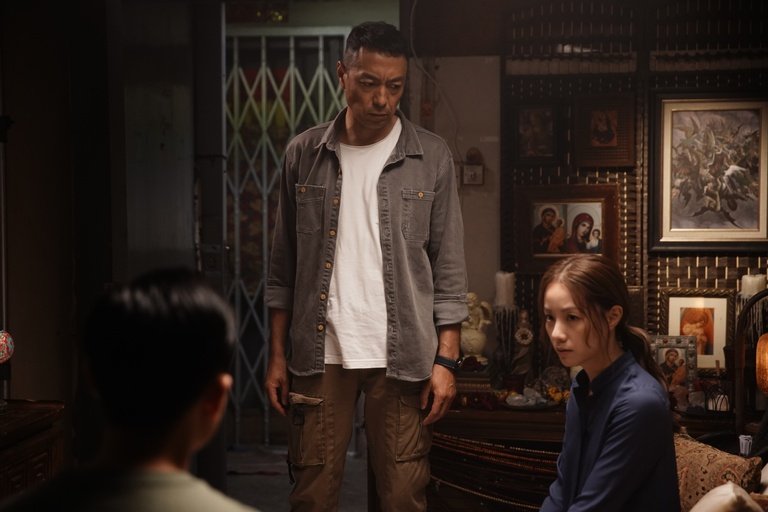 Tsui has been roped in by the cops to oversee his case and determine whether at all he had committed the murders in perfectly rational mind and was evading homicidal charges, claiming his vacillating mental health is to blame. In a chilling scrap of dialogue, Chun, who also happens to be a social worker, remarks, “when you are hungry, you need to eat”, obliquely alluding to his murders offering him a semblance of bearable normalcy, that helped him assuage and calm his nerves. Tsui is gifted with an ability to psychically transpose herself into the subconscious and trace the recurring dominant points of deep conflict and resentment in others. She sees in Chun a tremendous history of self-negating emotional toil engendered by constant bickering among his family members who are solely absorbed in their clashes and dissatisfactions.

Alienation and its drawn out repercussions, both that are carefully orchestrated by external means or those inevitable due to circumstance, is designated as the revolving axis of the film. This feeling of being slowly and completely distanced from everybody else that lead to a divorce from one’s natural responses to a situation and a rupture of the self- Shadows skims all these but the heavy handed tone, shrill and insistent with no patience for comprehensive layers of meaning, deprives it of broader purposes.

Glenn Chan hammers the point ploddingly, deploying characters as a vehicle of thematic examination but not caring enough to develop their entirety beyond just the sources of grotesqueries in the narrative. He doles out overly familiar backstories of abuse and being subjected to apathy to establish the trajectory of characters but never proceeds more, becoming unadventurous and tedious.


Chun is just the first in a chain of people driven to exact vendetta on the reasons linked to their alienation. This focal point of breaking out almost cataclysmically from the routine of one’s expected mien and circumstantial conditioning is what Glenn Chan is most interested in.

He has the most fun with Tsui’s psychic excursions, blending spatial and temporal frameworks though the booming score dilutes the effect of the otherwise visually striking sequences. As events in the film progress for the worse, these sequences, in their imagination and execution, border on the amusing and frankly ludicrous, with characters putting on strangely affected gravitas.

The most effectively unsettling moments arise in the film, when they are built on the tacit suggestion that the most commonplace can harbor unthinkable monstrosity. There is a clutch of suitably tense scenes that unfold in the hospital, when things seem precariously headed south, but the treatment of the violence, lurking uneasily never too far, often tend towards the hokey and downright silly. The film’s unmasking of nondescript identities skates closes to an inveterate mix of tragedy and empathy for past sufferings, violence offering a conduit for an assertive breach of confined expression. 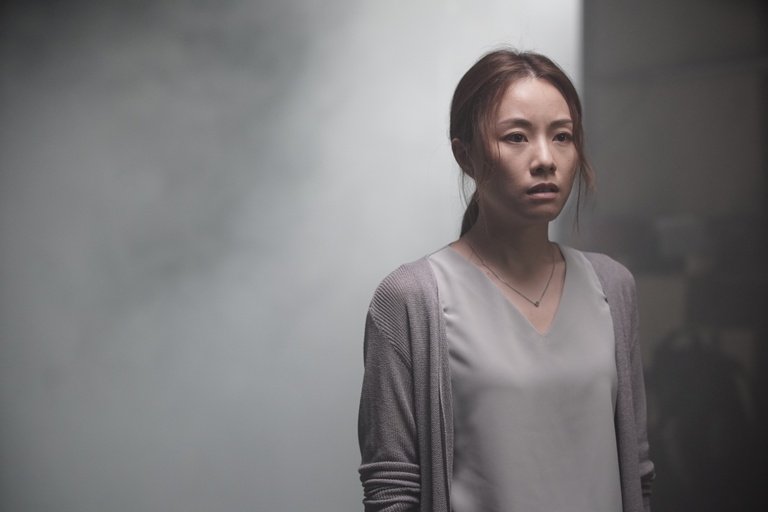 Stephy Tang (Tsui) is strictly serviceable albeit to be fair, she is limited by the script, it rarely settling quietly for solid breadth of character development. The emotional connect the viewer is made to forge with Tsui is due to her unresolved qualms with her father over her mother’s death. Philip Keung, as the cop who is more prone to irrational fits of anger and favoring intimidation to get to what he wants, puts forth a misjudged display of masculinity that just feels exhibitionist and jarringly more feigned than any natural bent for it. The dialogues are equally uninspired and resemble catalogue card writing in their workmanlike regularity.

Chan relies excessively on thunder to add a moody background to the proceedings, compensating for the lack of internally calibrated disquiet in the script. Shadows comes across as too pell-mell, too rushed to finish off with its business, contradicting the very psychological bedrock of the film that it itself sets up for, with a lot of preening that ultimately proves forgettable and largely effete. It all feels tiringly loud that fails to evoke any surprise or heightened emotion or even remotely draw the viewer into its world where everything, everyone seems on a constant edge. But where is that nerve jangling feeling?

Shadows is playing at the New York Asian Film Festival