A vacation to the lonesome outskirts is never a good idea. Especially when you are trying to rejuvenate your relationship and the universe isn’t listening to your plea. Jeffrey A. Brown’s ‘The Beach House‘ kicks off with a couple arriving at a beach house. They are there to sunbath, have some fun, and probably discuss why Randall (Noah Le Gros) – the young guy in question hasn’t been responsive to Emily (Liana Liberato) for quite some time.

Sadly, their retreat is soon disrupted by the presence of an older couple – a humble Mitch (Jake Weber) and his severely depressed wife Jane (Maryanne Nagel) who also happens to squat in the house because they are friends with Mitch’s father. Emily wants to leave immediately but Randall’s persuasive tendencies get the better of her and they decide to stay with the older couple.

Related to The Beach House – Hereditary [2018]: An Unsettling Family Drama that will leave you Cold!

While having dinner that very night, the four of them get acquainted. This is where the audience is made aware of the fact that Emily, is, in fact, an intelligent young woman who is interested in doing a major in biology. Something related to microbes, organisms, and the world getting heated up is discussed in passing. While they are busy gulping up some wine, Randall suggests that the four of them intake some edible marijuana to really enjoy their time together. Mitch and Jane are initially reluctant – seeing how Jane’s medication might have a reverse effect but they later decide to join in. 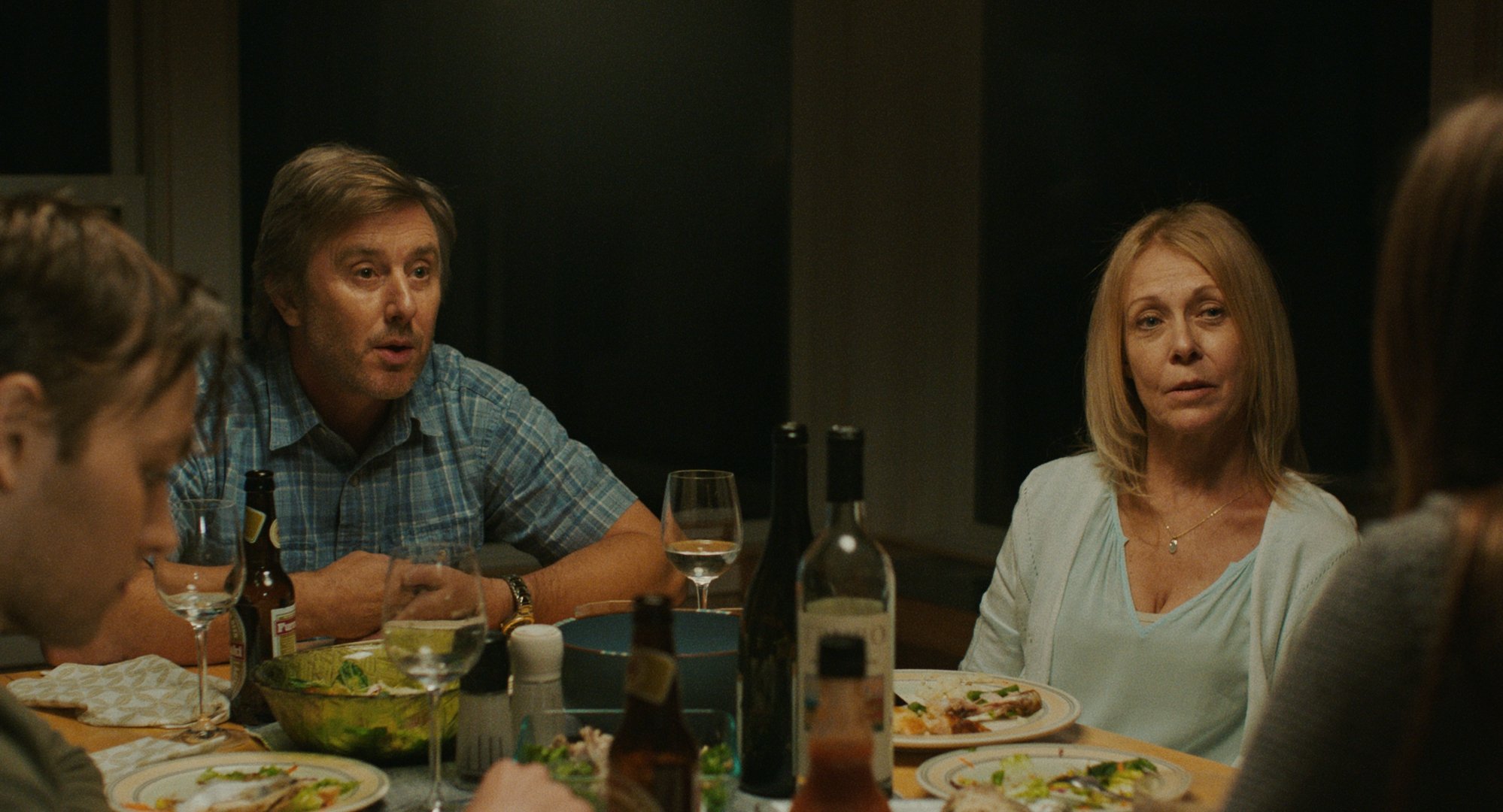 The weed hit all of them differently. While Randall goes into the living room to listen to some music, Jane decides to go to the beachside without telling her admittedly worried husband. Emily shuts out for a bit and later everything escalates from bad to worse. The following morning, the effect of the Marijuana hasn’t quite worn off but the blue mildews and strange fog by the beach have strangely taken over Jane.

The young couple goes out to find out the whereabouts of Mitch but he is nowhere to be found. ‘The Beach House‘ then descends into varying creepiness, interpersonal tension, and a weirdly peculiar phenomenon where microbes from the sea start manifesting into everything human.

Now, the premise isn’t new in any way. Strange alienated particles taking over human bodies has to be a trope that has been done to death. This is the reason why everything that comes after things turn south is pretty derivative and repetitive. The film doesn’t necessarily hold the tension it builds in the first two acts and things just start mumbling into the same old, same old. That is, however, until the final sequence arrives. 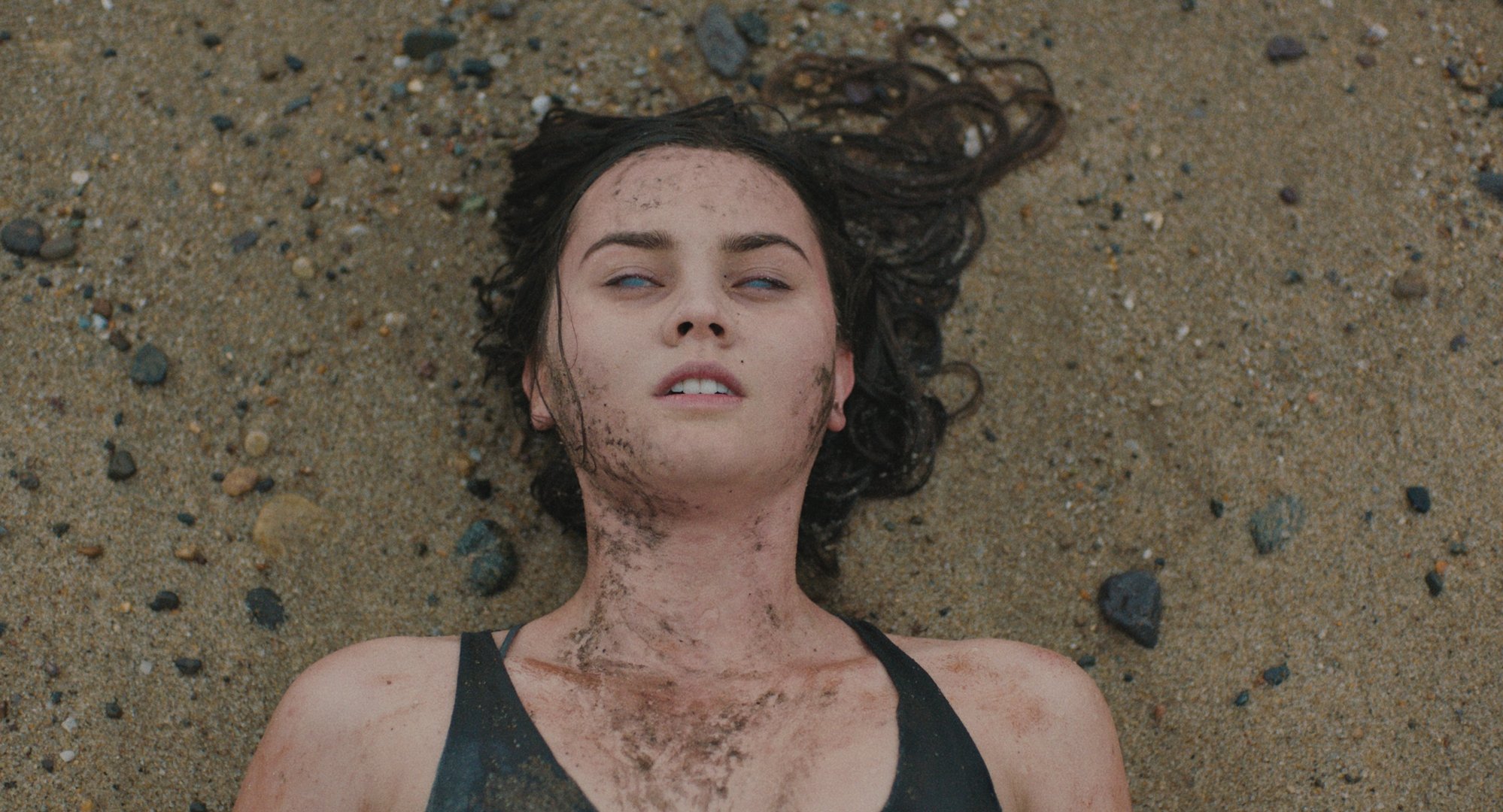 What does the ending of The Beach House mean?

I am sure most of the people who have landed on this page are here to get the answer to this very question. So before I try figuring it out I would like to give a brief *Spoiler Alert* warning.

So, The Beach House ends with Emily flat on her back near the seashore. The camera slowly glides over her to show us that her body has been taken over by the same organisms that tried to nudge her while she tried to save Mitch from drowning. She was able to successfully remove them from her body back then but due to the earth heating up and the organisms taking over mother nature (cleverly foreshadowed by what Emily speaks while they are high), she has finally succumbed to the end.

If this doesn’t make things clear, I’ll explain it in simpler terms. So, Emily is a biology enthusiast. She refers to the phenomenon where the earth was once ruled by organisms multiplying and manifesting there way through the earth. This is until they found refuge in the lowest end of the sea. Referring to the opening sequence where the camera slowly pans out of the deep end of the ocean to the shore, the film is referring to human beings and their eventual doom. The poignant end thus becomes a powerful allegory to climate crises. 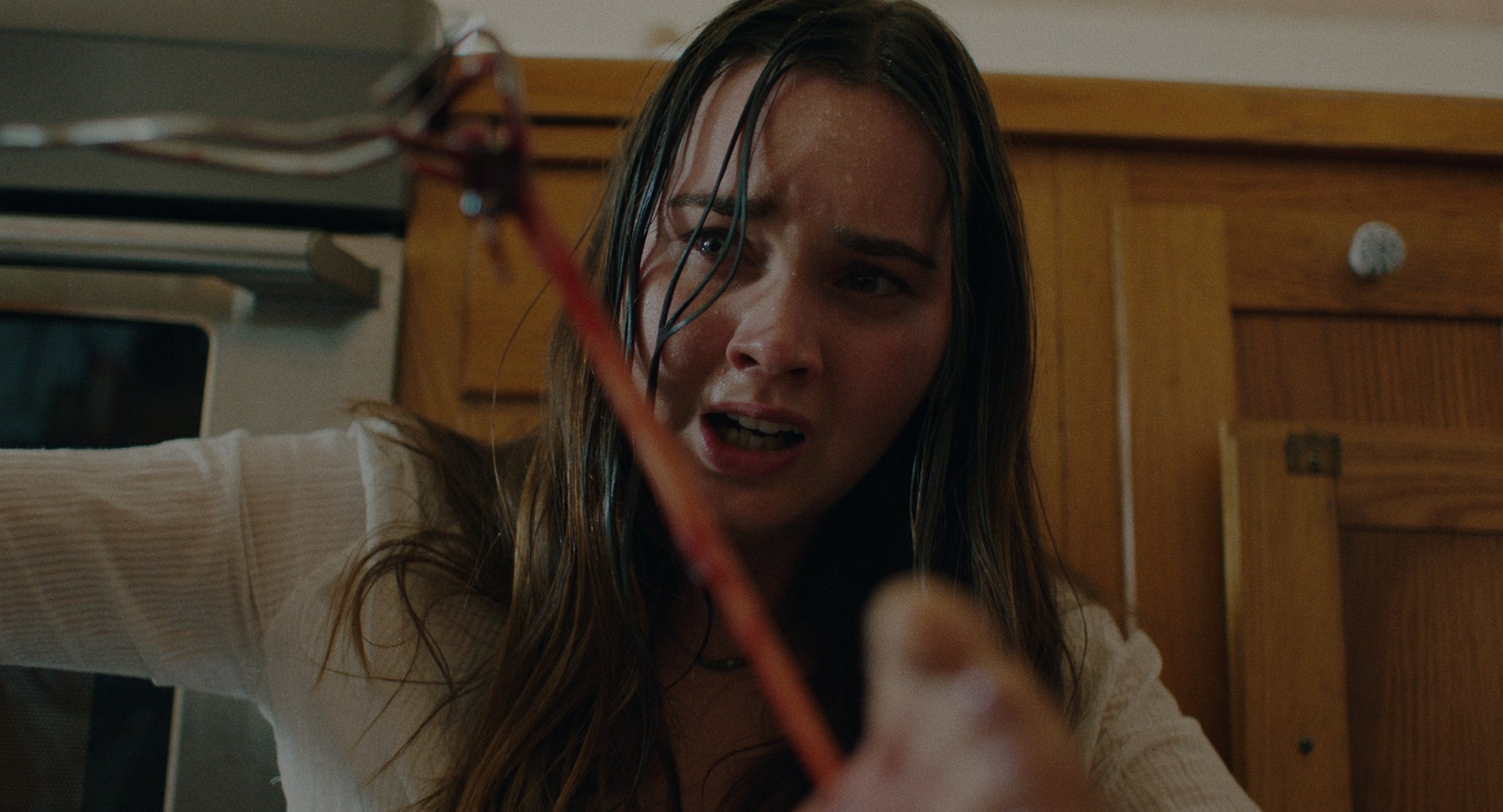 It basically shows that since we are so hell-bent on not caring about the beaches and everything else by visiting them even in offseasons, nature is just talking back. The film hints to a global reset where Emily’s “I am not scared” can be taken as a colloquial warning that if not checked right away, mother nature is soon going to take over and erase your existence. Just like Emily disappearing in thin air as the ocean water splashes on her. *spoiler ends*

The Beach House is a low-budget horror film that uses it’s budget constraints and cliches in its favor for most of the runtime. A tightly written third act would have made it a great low-budget horror film that leaves you reeling on its meaning and the kind of fatal effect it can have on you. The camerawork, the score, and a strong performance from Liana Liberato uplift the film from conventionality only to understate its seriousness towards the end. I only wish it was more impactful with its genre tropes and did not depend too heavily on the conventional narrative previously laid down by better horror films of yesteryears.

You can stream The Beach House on Shudder