Coming out in the US, Canada, UK & Ireland on AMC’s horror streaming platform Shudder. Users can sign-up for a 30-day free trial for new members with promo code SHUTIN on Shudder.com.

The feature directorial debut from Jeffrey A. Brown, THE BEACH HOUSE is a striking and timely eco-horror that offers up an alluring mix of claustrophobic isolation, mysterious contagion, and dreamy seaside setting with a show-stealing lead performance from Liana Liberato. A hit on the festival circuit, and coming soon to streaming! 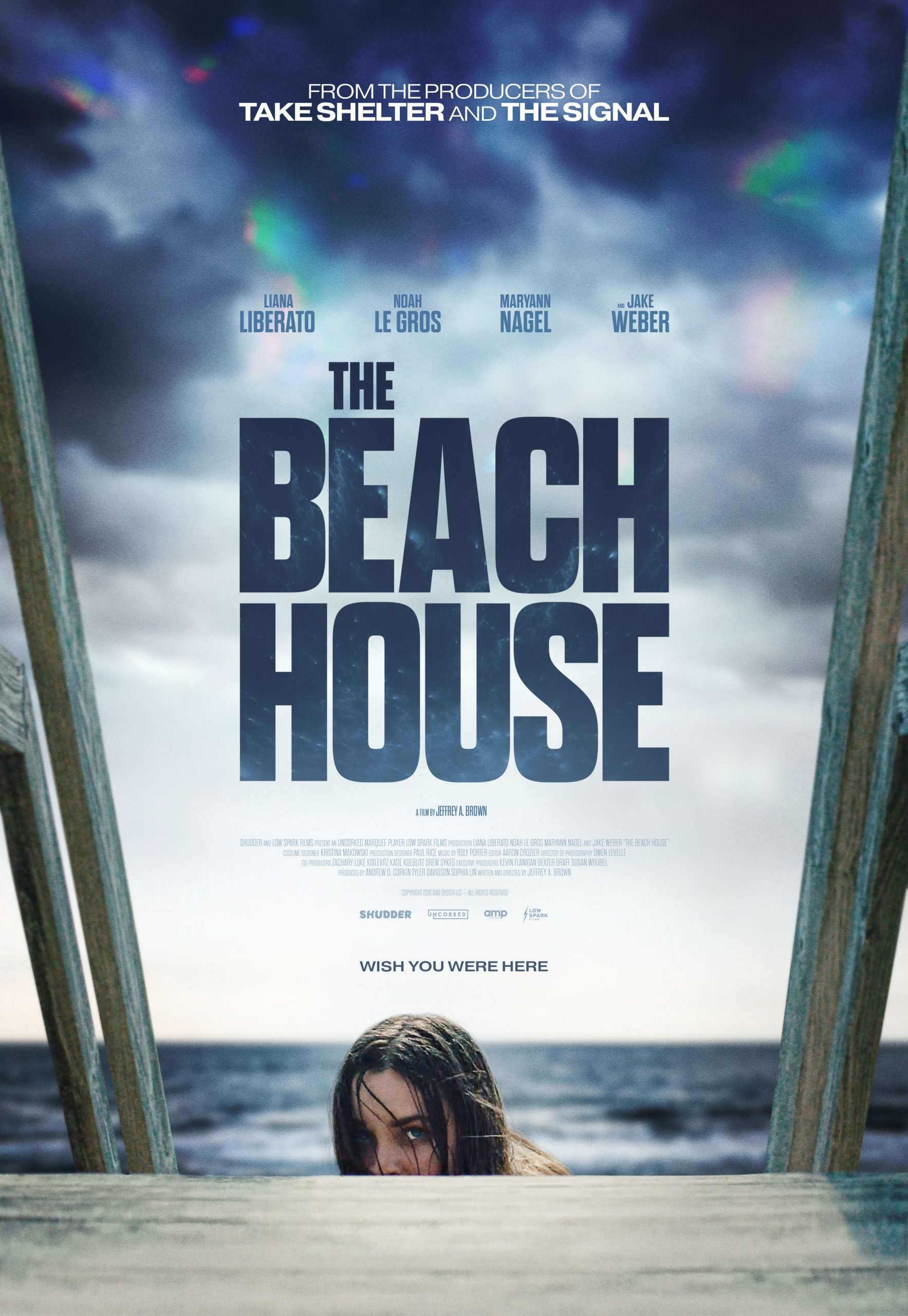 “An atmospheric triumph from newcomer director Jeffrey A. Brown… A slick tale of invasion and destruction that’s both intimate and cosmically grand. The Beach House is both a loving throwback to monster pictures from yesteryear, but at the same time, it helps the genre evolve to new places.” – Daniel Kurland, Bloody Disgusting.

Synopsis: Escaping to his family’s beach house to reconnect, Emily and Randall find their off-season trip interrupted by Mitch and Jane Turner, an older couple acquainted with Randall’s estranged father. Unexpected bonds form as the couples let loose and enjoy the isolation, but it all takes an ominous turn as increasingly strange environmental phenomena begin to warp their peaceful evening. As the effects of infection become evident, Emily struggles to make sense of the contagion before it’s too late.