Kappela, meaning Chapel –  a small place of worship with its own altar, translated as the special place our lead actress (Anna Ben) confides in. A special place in her little world. She aspires to have a special place even if it is at the edge of a cliff. The film alludes in to show that it is based in a small town – mode of conveyance being jeeps, the necessity to go to town for purchases, the proximity of families in the village, the non-commonality of touchscreen mobiles, etc. We walk through the life of Jessy who failed her 12th and is without any clue of what’s next for her.

That is when a wrong call leads her to Vishnu (Roshan Mathew) and a series of text messages turn into regular texts and calls. The sweet voice which she listens to every night before sleeping thus develops into a small town feel-good romantic tale. When her parents decide to wed her off without her consent, she brings in the prospect of meeting Mr. Sweet Voice. The first meeting didn’t happen for Vishnu who was being his benevolent self for the society. A call from his alleged sister to Jessy further substantiates Vishnu’s place in our good books.

Similar to Kappela – How “Thappad” Champions An Inclusive Screenplay of Empowerment, Exploration, and Realizations

Vishnu comes out as an ideal romantic partner. For we are shown how amiable, responsible, caring, and humble he is. Be it the auto drivers suggesting that he has made so many contacts in a few months, or him helping out a female auto driver or working hard for his sisters. The tension escalates when Jessy’s marriage gets fixed and the last chance of her freedom becomes a meeting with Vishnu– in Kozhikode. A place, where the comfort the audience was wrapped in until now, is snatched away in a whiff.

We are introduced to Roy – an abrasive unemployed man, with little or no regard for people around him. He takes possession of Vishnu’s lost phone only to realize that there is a girl waiting for the owner of the phone, interjected by another call from Saleema, who is later introduced to us in person. There is no dialogue, but the call wasn’t to exchange niceties either hence the content of the call makes Roy suspicious and leads him to meet an anxious Jessy.
He does not confront Jessy or reveal his true identity, and as our judgment clouds our mind that Roy is capable of any ill act, tension builds up only to be intervened by Vishnu who finds her. A brawl strikes between Roy and Vishnu, as Roy had been following him, which is established via a call too where he is seen discussing the couple’s whereabouts. Our judgment and perception are challenged when we see Vishnu’s true intention in the lodge. A twist that questions our ability to judge. Appearances can be deceptive.

Director Muhammad Musthafa creates truthful deceit almost regularly. He sprinkles ‘n’ number of clues for the audience throughout the screenplay while weaving a stressed environment in the foreground to preserve our hindsight for the narrative. Parallelly, we see an enraged Roy seeking vendetta to finish the fight that was started, topped with the suspected malicious intentions of Vishnu with Jessy – a girl who has met this man for the first time. He lands up in the lodge and saves Jessy. Some might argue that Roy’s change of heart was abrupt. But it wasn’t, considering some obvious plot points we chose to neglect or trivialize. He was as human as any other. We judged him based on his actions in 20 mins. It only comes out as a deliberate attempt from the writer-director later that he had been exploiting our folly to serve us with continuously diverging thrill.

Roy’s abrasive behavior isn’t glorified. We are merely extended a hope that there is good in any human being if we are not too quick to judge. The same goes for Vishnu. We categorized them as black and white when all of us are grey. It is an obvious commentary on the binary sketches we tend to make based on available information and the conservative window we provide to people. Despite that, Roy isn’t shown as a savior or a messiah, he was directed/helped by Annie to do what was required. 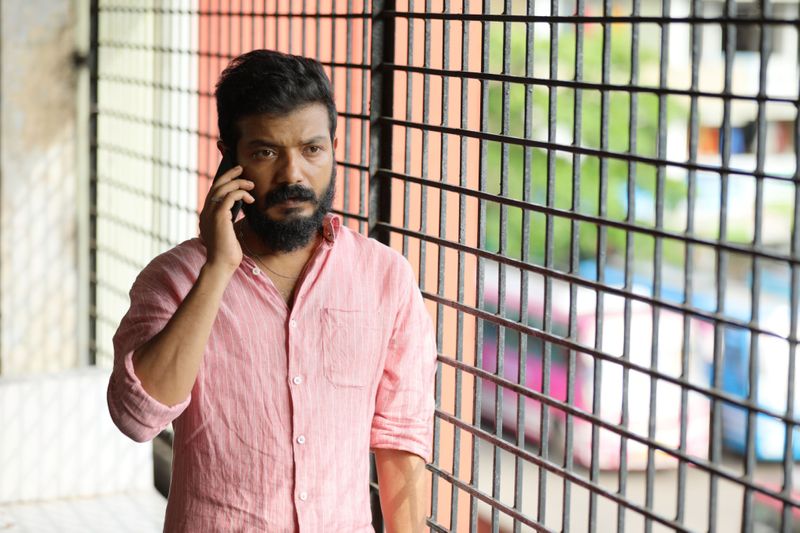 Casting Sreenath and Roshan was imperative. For there is no presumption about the kind of characters they bring on to the table. Their roles have been dynamic and diverse which makes it convenient for us to judge the characters in the course of time. Anna Ben’s finest term of performance is at the risk of getting overshadowed by the onscreen tension of the two male characters. While she is honest in the portion when the movie is all about her, she comes out as a revelation in the second act as someone who has been rendered with victimhood and is in a shock.

Kappela is not an ordinary film per se. It is devoted to build and defy our expectations. It is committed to challenging our methods of comprehension. And most importantly, it does everything in a delicate balance. It restricts itself from exploiting genre tropes and employing contrivance right at the edge, to build our notions and turn them upside down within instants. There’s a lot to be observed in this film, and a lot to be missed. A misunderstanding can only be precluded if the audience grants the film the careful eye and introspective window that it warrants.

Kappela is now streaming on Netflix

Watch the trailer for Kappela Here