A film cannot risk itself with objective definitions when it chooses an existence that is not in isolation from the world it is a part of. At the same time, a great challenge arises when it makes an effort to act as an umbrella and be inclusive of every aspect of the idea it is conveying or the issue it is being vocal about, without entwining the threads of tales the film’s screenplay owns. Thappad is what I would call the biggest surprise I have received from the Hindi cinema in a while. And Thappad finally establishes Anubhav Sinha as a skilled filmmaker who translates his awareness into a brave narrative that is but an achievement due to several pride-worthy reasons.

In its opening scene, the film introduces its ensemble cast along with their motivations, making its aspirations transparent that it is going to interweave a set of lives. The introduction is exciting because you expect your world to revolve around the protagonist of the film for the next couple of hours. However, Thappad offers its characters an opportunity to catalyze each other’s growth and dissolve each other’s conflicts without an overt dependence.

The resounding aspect of this element is that it does so without deviating itself from the central narrative. In the process, our protagonist Amrita’s (Tapsee Pannu) journey of awakening communicates with the audience and other characters in the film in the same way without being sanctimonious or didactic.

Mrunmayee Lagoo and Anubhav Sinha allow their characters to exercise their choices with whatever degree available to them. This immediately rescues their characterization from caricaturisation. The tone is subtle yet easy to reach the widest strata of the audience possible. A deliberate attempt at metaphor building is at play to involve the audience in exposition.

This finds a mention because easy to consume metaphors used in the film act as a glue for the thematic expressions the film serves without being too abstract or ambiguous. This is probably why the most usual occurrences that fill the storyline do not transform themselves into a bunch of clichéd events targeted at propelling the cause. Plausibility exists, and hence, our boredom is defeated before arousal. 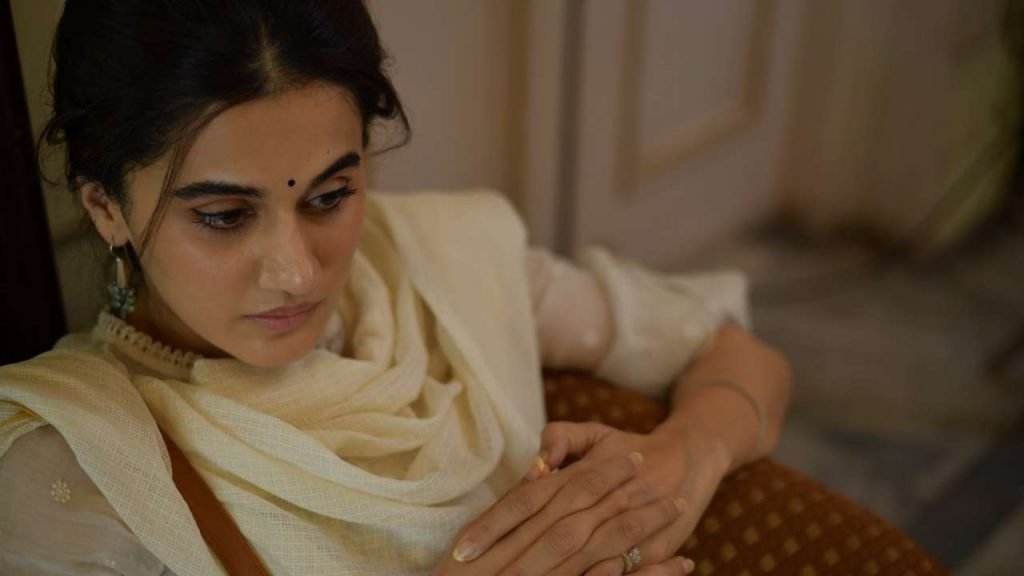 Amrita gets slapped by her husband at a party in the most subconscious way possible. And the same slap hammers down the wall that hid passive inequalities and unfair compromises that women fall victim to, by default, in any and every relationship.

To any mind of our society, this appears trivial to be addressed. Trivial because conditioning did not create a wall to hide anything behind it but it did hide things in plain sight by turning our vision opaque. The opacity cannot be erased with a didactic bunch of dialogues and events. Sinha skillfully proposes every single argument that can be made for and against the actions that take place onscreen. He proves he’s aware.

First world gender battles will be dwarfed by degree before the battles of the third world, as per the popular convention, hence, another character, Sunita (Geetika Vidya Ohlyan), is exposed for contrast, as well. What happens is that the character ends up creating more similarities than contrast and solidifying the cause more than trivializing it. The same is also narrated with a dialogue in the film. Geetika substantiates her position as an actress in a deeply grounded performance.

Just when you start to fear a demonizing portrayal of the male side, you are served their insensitivity and ignorance without villainy. Just when you start to idolize a seemingly perfect male character, Amrita’s father played by Kumud Mishra, you are made to realize that how the best of us also fail someone in some way. Just when you feel that too many subplots are marring the central idea, the film culminates each into a thematic hyperlink to provide a dense drama that talks about everything with the correct intensity.

Yes, Thappad is an achievement because it successfully talks about everything a woman is subjected to in a relationship, actively and passively. And no episode is shallow to be rejected. Consequently, it serves an experience rich with realizations. It makes us revisit everything we said to our partners, every single act of ours that overshadowed/trivialized/inferiorised their efforts, victories and/or existence. 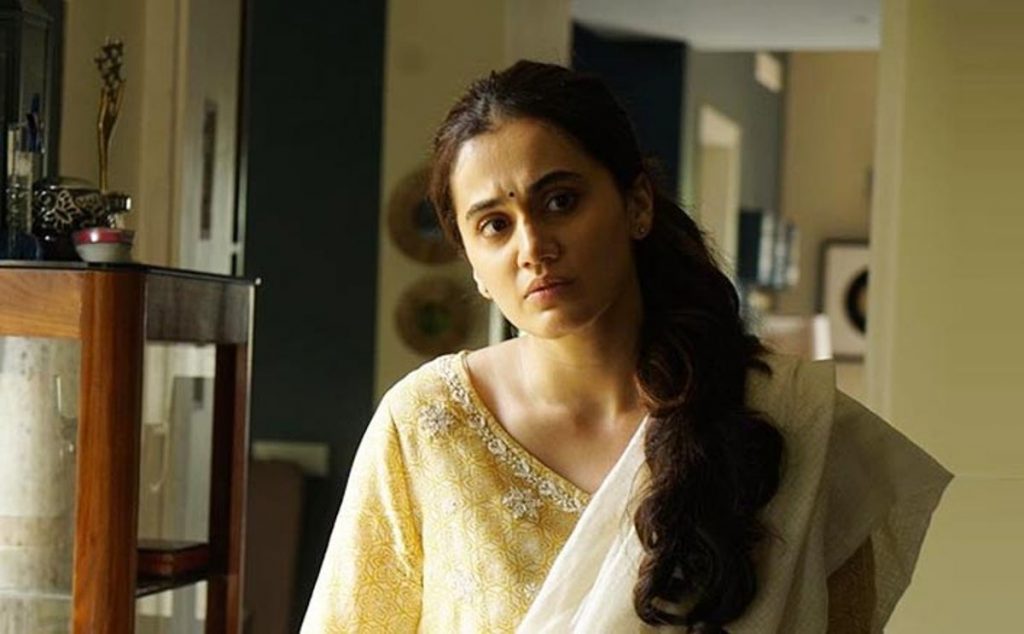 There are flashes of Marriage Story, A Separation, Kramer vs. Kramer, and even Little Women in the film. Inspirations are valued, and well exploited. Sinha doesn’t mirror any episode or event but adapts many situations to our socio-cultural environment. The subtlety of dialogues is retained while some phrases are dramatized for an appeal. Therefore, what happens onscreen either happens or can happen. No element is synthetic.

Another remarkable feature is how the film uses its camera. Finally, here’s a film that does not use its camera to capture the screenplay. It uses it to create emotions and invade our psyche. It uses the camera to create tension, express pain, and elevate realism. The mise en scène deserves a minor mention and so does the costume design. The entire film is like an episode of the birth of a woman.

The only complaint I had with the film is that it did succumb to the dramatization of some of the sequences, which is more of a requirement of any mainstream film. At the same time, its musical score was overpowering that suppressed the text many a time. I craved absolute silence after the slap but what followed was a composition targeted to incite internal horror. I can’t help but imagine how beautiful that long take would have been without any music. Focus gets ruptured when all of our senses receive some or the other element, sometimes.

Anubhav Sinha has ideas and he realizes the vulnerabilities of expression. He knows that every other social issue is extremely layered and complex. Turning a blind eye to all but one of your fascination is the first example of ignorance that defeats your vision. He emerges triumphant only because he doesn’t shy away from anything, even when he is being indulgent or explanatory. This gem of a film deserves every praise you have to give.