Article 15 is now streaming on Netflix

A war is raging in the heartlands of India, a war without strategy, tactics or uniformed men. A lion’s share of the country’s population does not see this war going on, because it is intrinsically ingrained in the social fabric of the nation. This entrenchment in the ethos of the land has enabled the war to masquerade as the status quo. The status quo should be maintained. The aforementioned lines are paraphrased from the dialogues of Anubhav Sinha’s latest social drama, Article 15, starring Ayushmann Khurrana as the central figure of a righteous cop.

The film is a commentary on the brutalities and grotesque realities of the caste conundrum, rampant especially in the rural pockets of northern India (often called the Hindi belt).

For an uninitiated outsider, the noisy cauldron of caste is sure to be a rude shock. Similar reactions develop in Ayan Ranjan, the protagonist of the film. Brought up mostly amidst Western civilization and introduced against Bob Dylan’s “Blowin’ in the Wind”, he finds the Indian countryside to be akin to the ‘wild wild west’ and finds all the dizzying equations of caste hurled at him, quite difficult to digest. “What the fuck is going on?”, he shouts at his subordinates when they start listing out the unending number of castes and sub-castes. 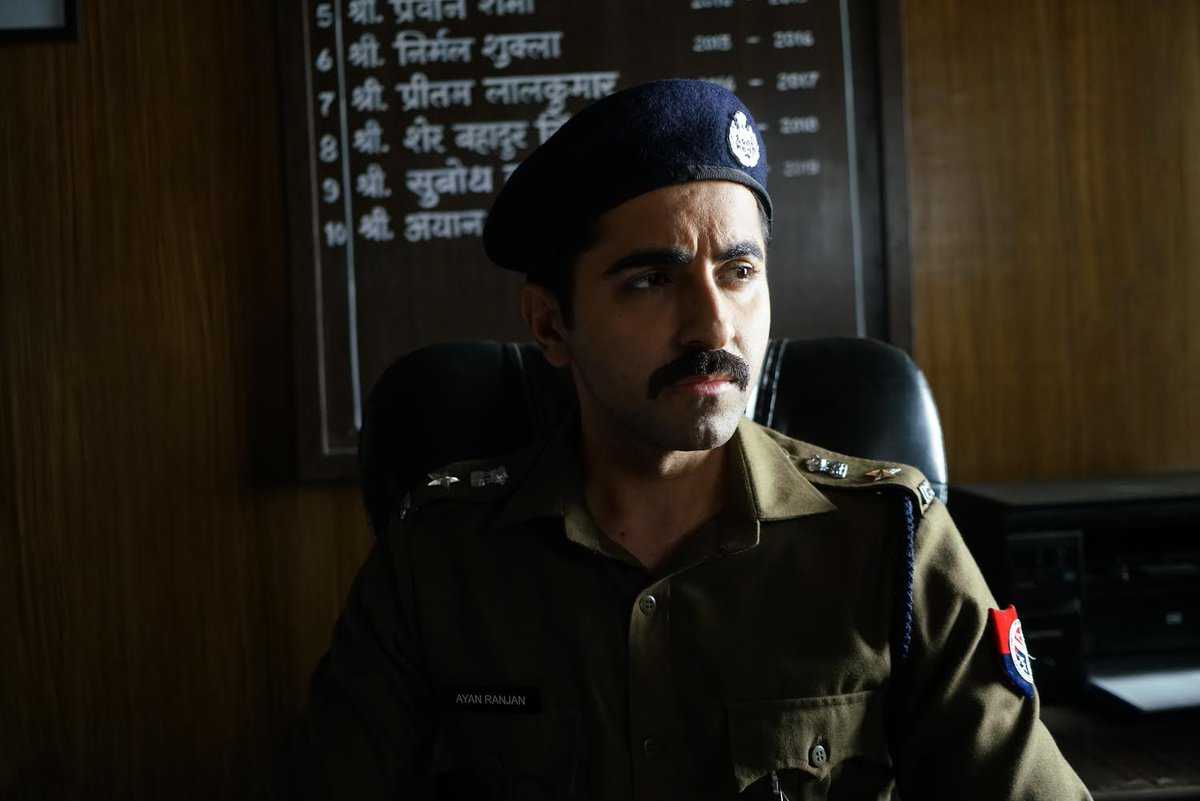 He is quickly sucked into the whirlpool of caste-crime nexus when the bodies of two teenage girls belonging to the oppressed castes are found hanging ceremoniously from a tree. The screenplay takes off from this incitement, never to look back.

Gradually, as the presiding officer, he stumbles upon newer dimensions of the caste establishment and how interpersonal relationships and human interactions are shaped by caste. Caste prejudice is the spectre which haunts entire swathes of the country.

Scheduled castes, tribes, backward castes – ‘Dalits’ in local parlance – constitute the lowest strata of the society and are condemned to perform odd jobs like sweeping, cleaning the gutter, pig-herding etc.

The film is inspired from the real incident of the Badayun gang rape case, and almost all the elements of the crime shown in the film are real. Two Dalit girls are killed for 3 rupees. Atrocities against Dalits for something as petty as that is not uncommon in the country. It is horrifying to know how members of the oppressed sections are not even allowed the basic dignity of a human being.

However, whenever a community is oppressed, one community which does not let go of the opportunity of rallying their support for personal gains is the political community. People who are deemed to be untouchables, quickly become a vote cow supplying votes as and when needed. Oppression also leads to agitation.

The Dalit leader in the film Nishad played to perfection by Mohammed Zeeshan Ayub, evokes memories of invisible guerrilla leaders fighting for a cause. But, even after all the frenzy, the lot of the Dalits fail to improve.

Article 15 does not restrict itself to being a bland commentary about a scourge of the Hindu society. It takes on the essence of the eponymous provision of the Constitution of India and tries to initiate discourse.

Director Anubhav Sinha has taken up an issue which claims the lives of hundreds every now and then. Nishad remarks that probably more people die in India cleaning gutters than safeguarding the borders. It is a shocking reality check, which tries to urge us to introspect and bring about an overhaul in our outlook.

The bass-heavy background music, complemented by nefarious visuals, often gives the film the flavour of horror; only here the ghost is not a supernatural one.

Several scenes of the film are heavily coloured, and not without reason. Be it yellow or blue – each scene is telling and revealing of one horrible truth after another. There are strong images throughout the film, like the one of a Dalit man draped in muck from hair to heel or the one of a raped teenage girl coiled up in a pipe teetering on the verge of death.

In the process of solving the case, the character of Ayan, an outsider, comes of age. He transforms from bookish to belligerent when challenged by power. In this aspect, the template of the film is comparable to another brilliant film Newton. In fact, Fandry and Sairat are two films depicting the horrors of caste which immediately came to my mind after watching Article 15 on Netflix.

In Article 15, the director not only stresses upon maintaining the sanctity of the Constitution of India but also revolutionizing the mental constitution of all and sundry. Instead of demeaning the power and influence of the cinematic medium, the sensitized should collectively root for such films which aim to reach out to the hoi polloi as the voice of the voiceless.

Article 15 of Part III of the book by which all politicians take an oath, which, entitles every citizen to a fundamental right of equality and non-discrimination should be sacrosanct above all. It is only when people rise above the ‘status quo’ en masse, that the true essence of nationalism will be realized.

The Cordillera of Dreams [2019]: 'KVIFF' Review – A Piercingly Elegiac Documentary on Landscape and Memory