The Cordillera of Dreams [2019]: ‘KVIFF’ Review – A Piercingly Elegiac Documentary on Landscape and Memory

“The Cordillera of Dreams (‘La Cordillera de los suenos’, 2019) once again explores the majesty of Chile’s landscapes set against the violent historical forces and with it, Guzman finishes his trilogy of Chile’s topography.”

Chilean émigré and documentarian Patricio Guzman is adept at merging the personal memory and historical truth through a complex visual form that eventually transcends the limitations of political and memory cinema. Mr. Guzman’s power to embody the collective and individual memory is evident from his early works, particularly the three-part, The Battle of Chile which premiered at Cannes Film Festival. The Battle of Chile exceptionally chronicled the 1973 coup d’etat as General Agusto Pinochet overthrew the democratically-elected government of socialist leader, Salvador Allende. After the coup d’etat, Guzman was held in Santiago’s National Stadium and threatened with execution. But by November 1973, he left Chile for France and thankfully the reels of his seminal documentary were not founded by the military junta (he edited ‘Battle of Chile’ in exile).  Although, the documentarian never returned to settle in his native country, he has made 20 films about Chile in these 46 years of self-imposed exile.

Mr. Guzman turned his attention to Chile’s geography in one his most spiritual documentary, Nostalgia for the Light (2010). The juxtaposition between the beautiful landscapes and subtle investigation of political terror was startlingly unique and poetic. The reflective and soothing voice-over of Guzman seemed to possess the power to heal the nation’s trauma. Nostalgia for the Light was followed by The Pearl Button (2015), an indelible visual poem full of breathtaking nature shots. His latest work, The Cordillera of Dreams (‘La Cordillera de los suenos’, 2019) once again explores the majesty of Chile’s landscapes set against the violent historical forces and with it Guzman finishes his trilogy of Chile’s topography. If Nostalgia for the Light was set in Atacama Desert (North) and The Pearl Button in lush Patagonia (South), for The Cordillera of Dreams Guzman travels to the vast stretches of Andes Mountains (the Spanish word ‘Cordillera’ denotes an extensive chain of mountain ranges). 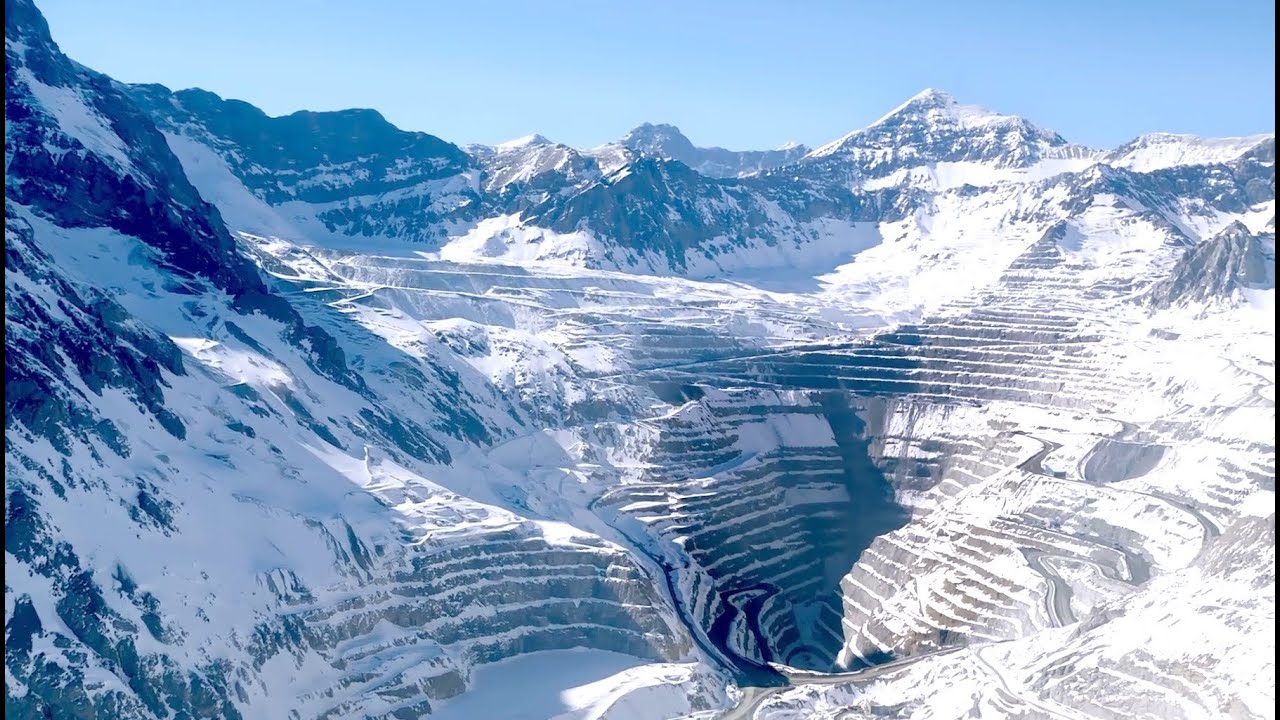 For Guzman, the Andes is both a protector of his nation and a calm witness of Chile’s unspeakable traumas. He ponders over the wisdom this majestic wall of nature would impact on its people if only it could talk. Reverence and wonder are the feelings Guzman expresses as he interviews the fellow admirers of the Andes. He talks to a couple of sculptors, a singer, a writer, and even to a volcanologist, each offering their instinctual feeling when taking in the magnificence of Andes. Guzman aims his camera at the splendid frescoes of the Cordillera, placed at a Santiago (capital city) subway station. A sculptor friend (Francisco Gazitua) remarks the Andes is made of ‘the materials of dreams’ and also muses that “Being in the Andes is like being inside a chest; a chest that contains the most profound poetic laws.” The artists are so haunted by the Cordillera that it reflects on their unique works.

Related to The Cordillera of Dreams: Honeyland [2019] – An Exceptional and Unembellished Tale of a Woman’s Connection with Nature

“An artist is the guardian of his country’s beauty”, the sculptor says, and Guzman the artist explores much more than the natural beauty as he continues to contemplate on the anguish of authoritarian terror, fully unleashed when he was a 30-year-old adult. The spiritedness with which the talking-heads spoke about the Cordillera is now replaced by a pensive sadness. They recall how the coup d’etat left their parents in a distraught state, and how the earth shook when tanks, military trucks, and warplanes entered into the city. Guzman recalls his imprisonment in the National Stadium (turned into a make-shift concentration camp), the same stadium where he watched the 1962 world cup football game between Chile and Italy. He visits his dilapidated family home in Santiago and dreams of restoring it, in the same way, he dreams of returning to the blissful childhood.

While the artists including Guzman waxes poetic on the Cordillera in their dreams, the documentarian also meets with a guerilla film-maker to deeply understand the nightmare of Chile’s historical past. Guzman introduces Pablo Salas as ‘may be one of the rare film-makers in the world to have filmed his reality for this many years’. Salas didn’t leave the nation after the coup and has amassed a great archive of videos, steadfastly filming the protests of students and the violent atrocities of the junta. Guzman expresses slight guilt when remarking how Salas has stayed while he fled abroad to prosperity and peace. And interestingly, Salas feels he hasn’t done enough for his nation; that he should have possessed more courage to confront the corrupt maniacs of the dictatorship. Salas also muses how nothing much has changed in Chile after the arrival of Capitalism and neo-liberalism. Guzman’s aerial shot of a ‘ghost train’ shows the nation’s wealth of copper, mined by foreign companies, being transported to the ports for its journey abroad. 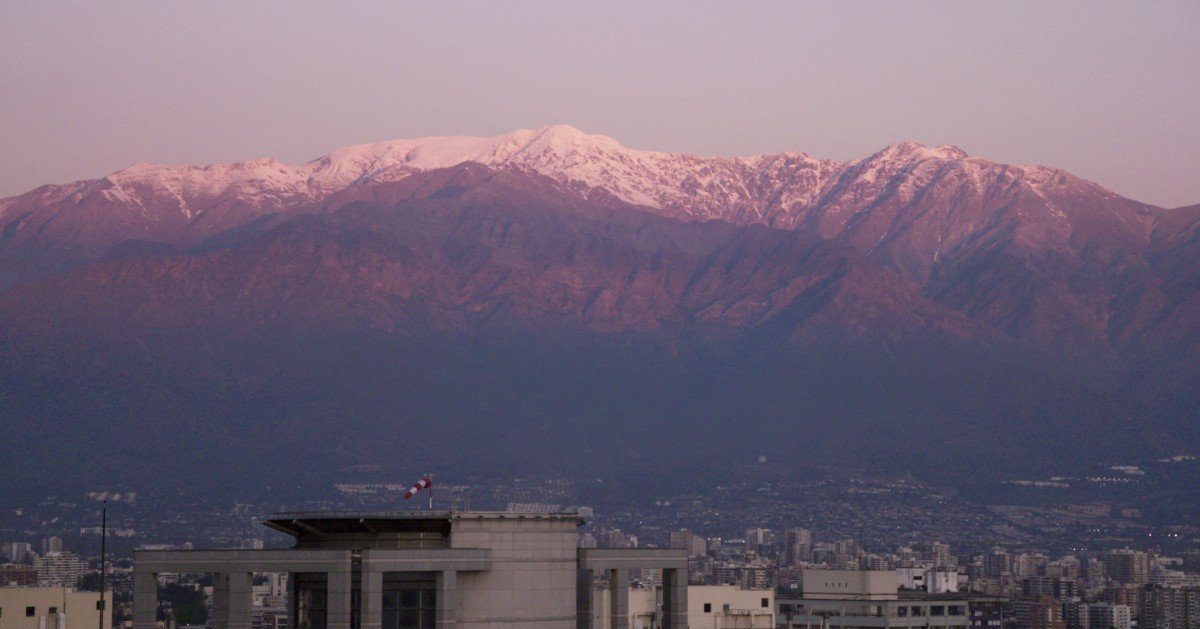 Patricio Guzman’s penchant for concocting fascinating visuals that evoke the thematic context persists with The Cordillera of Dreams. A haunting image of volcanic eruption is used to suggest the country’s mood after the coup. A reflection of a tree in the puddle of water silently symbolizes Guzman’s recollection of the past memories. Towards the end, we see a lone rock climber in the cordillera, and the film-maker uses this image to talk about his feelings of isolation and loneliness in the fragile present (“In my soul, the smoke never cleared from the ashes of my destroyed home”). Furthermore, he admits that although he has lived more than half of his life outside Chile, his heart and soul is still firmly rooted in the homeland. Maybe, The Cordillera of Dreams doesn’t have much in terms of powerful or astounding revelations to go alongside its fantastically crafted visuals (like the sad quest of women searching the remains of their loved ones in the vast Atacama Desert or the discovery of a political victim’s shirt in ‘The Pearl Button’).

Similar to The Cordillera of Dreams: Faces Places [2017] – A Joyful and Wistful Journey of a Preeminent Artist

Nevertheless, Guzman’s trilogy of Chile’s topography remains a great cinematic quest to preserve the collective and individual memories of his birth nation. He registers the indescribable natural beauty, unspeakable tragedies, acts of humanity and inhumanity in order to make it echo across the geographical borders of Chile.

The Cordillera of Dreams [2019]: ‘KVIFF’ Review – A Piercingly Elegiac Documentary on Landscape and Memory