Despite the familiarity, grief and loss are still effective themes to elicit emotions from the viewers. ‘A White, White Day (Hvítur, Hvítur Dagur)’ does exactly what it aims to do. Hlynur Palmason’s latest film offers a dark picture shed on a bright but stagnant landscape that perfectly encapsulates the protagonist’s conflicting heart on his personal loss and defeat.

The film walks through the story of Ingimundur (Ingvar Eggert Sigurðsson), a former police chief who trying his best to move forward after the loss of his wife until he stumbled upon her belongings that began a suspicion about her extramarital affair. Ingimundur goes to any extremes to find out the truth, even if it leads to a deeper wound rather than a healing path.

Similar to A White, White Day (Hvítur, Hvítur Dagur) – Antigone [2019]: ‘TIFF’ Review – A disobedient voice to the absolutes of state

It is a very simple story but Palmason was able to lay out the foundation before going straight to the point which makes the succeeding events connect to the bigger picture. Complicating a simple premise could mess up an entire product but this movie did a great job by establishing the setting, vibe and its main character without putting anything unnecessary to the film’s purpose. It showed the farmhouse Ingimundur rebuilt at a specific distance on a constant frame where the season change signifies the cycle and routine of life moving forward. It could be a tough first act for general audiences as the movie takes its time to develop everything, but for those who are accustomed to slow burners, the intriguing execution will be a selling point as the details are revealed one at a time letting the mystery unravel slowly. 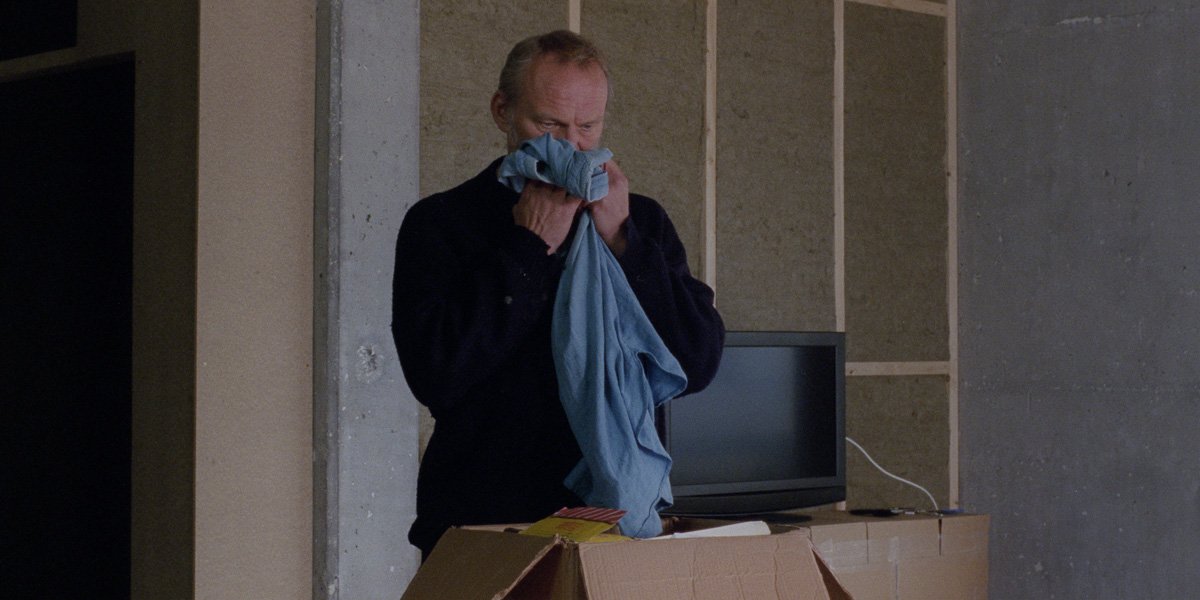 Though it doesn’t offer anything new or outstanding, the performances and direction gave enough justice to bring the rage and conflict into play. While the focus constantly remains on Sigurðsson’s portrayal of Ingimundur, the side characters are certainly a part of its strength. They all play a vital part in triggering the different sides to a sorrowful man and how he reacts to the given circumstances. His character is so well-crafted that you feel his grief from all perspectives but also provides an interesting take on his police persona in which he handled his self-investigation with a very methodical approach.

With the visually-pleasing landscape of Iceland, A White, White Day (Hvítur, Hvítur Dagur) is able to cater to an immersive environment. The small and isolated rural area added to the gloomy feel of the movie sums up the inner struggle of a weeping heart. The use of natural sound fits every frame and the music score is used only when needed. The lack of reliance on music sets up the mood properly. It allows the audience to follow the story the way it should be understood— an emotion more than a narrative.

For a movie that is able to be simple and mysterious at the same time, A White, White Day is a good character study of a man with a cold soul longing for answers.

Antigone [2019]: 'TIFF' Review - A disobedient voice to the absolutes of state