Malmkrog [2020] ‘MUBI’ Review: The Romanian New Wave began in the mid-noughties. Cristi Puiu is, in fact, the pioneer of this genre of films with his short film ‘Cigarettes and Coffee‘ (2004). It was only later that Cătălin Mitulescu’s short ‘Trafic’ (‘Traffic,’ 2004) went to Cannes the same year and won. The film that I cannot get out of my head, however, is Cristian Mungiu’s ‘4 Months, 3 Weeks, and 2 Days‘ (2007), which won the Palme d’Or. Puiu has made seven films as a director, including the acclaimed feature ‘The Death of Mr. Lăzărescu’ (2005).

‘Malmkrog’ (2020) which premiered at Berlin Encounters 2020 is a film from Romania. However, the languages spoken in the film are Hungarian, Russian, German, and French. It has a runtime of 201 minutes and is written by Puiu based on a book by Vladimir Solovyow.

Set in a snowy hillside, there is somebody calling out for a child called Zoyichka in the opening scene. Zoya says they will return. A shepherd and his sheep take over the frame, before showing us a glimpse of the manor. An interesting box slowly introduces the cast, and then the title shows up in the next frame, and another box shows us the crew. Foreboding the claustrophobia that is to come in the rest of the film, we are in the manor and not let out for most of the runtime. 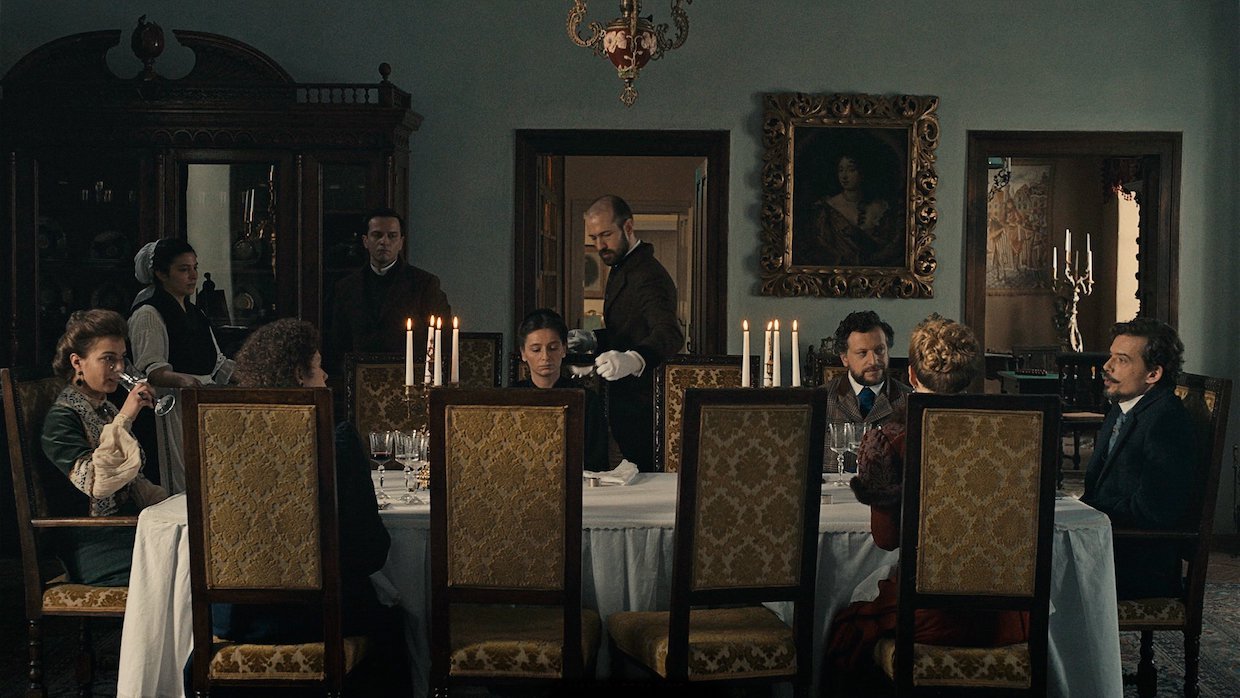 Since the elites speak swiftly, at times you forget who is speaking, who is wearing the beautiful costumes, or even take notice of the excellent production design because nobody ever stops talking! For instance, consider these opening lines in the manor: After ten lines of beating around the bush, “Neither God nor Devil exists”. Questions and a story follow this up, along with the betterment of adverbs and repetition of emphatic words. An acknowledgment of the surroundings continues, all very matter-of-factly.

Then, starts Part I titled ‘Ingrida,’ where Ingrida wants the military to have a more moral rooting. Ingrida supposes that she is the leader of the military, and explains to the leader the importance of Christian values. Here are her lines:

“I am placed in charge of an entire military religion. This means that my mission is to command the armies in my charge in whatever way appropriate, that I must foster in them certain morale, I must act above their will in a prudent way, in a certain will, I must tune their feelings within a certain range, in short, I must educate them in the spirit of their task. Therefore, I am allowed among other things, to give others… to give orders to the troops in my regions, on my own account and taking full responsibility.”

This is already too long a quote but I could go on quoting Ingrid in that first act. She points out that it is pointless to ask somebody higher what to do in high-pressure situations. If the leaders had faith and spirit in themselves, problems could be solved in no time. Diana Sakalauskaité plays Ingrida passionately. Mind you, I have not even covered the first 15 minutes of this film. This film also stars Frédéric Schulz-Richard as Nikolai and Marina Palii as Olga. In addition, Ugo Broussot as Edouard, and Agathe Bosch as Madeline.

Perhaps, 19th-century aristocrats or elites solved their problem this way. In posh houses over lunch and tea, coffee and cake, dinner and alcohol. Everyone met there: the clergy and the military, and I do not think there was anyone else who was worthy. 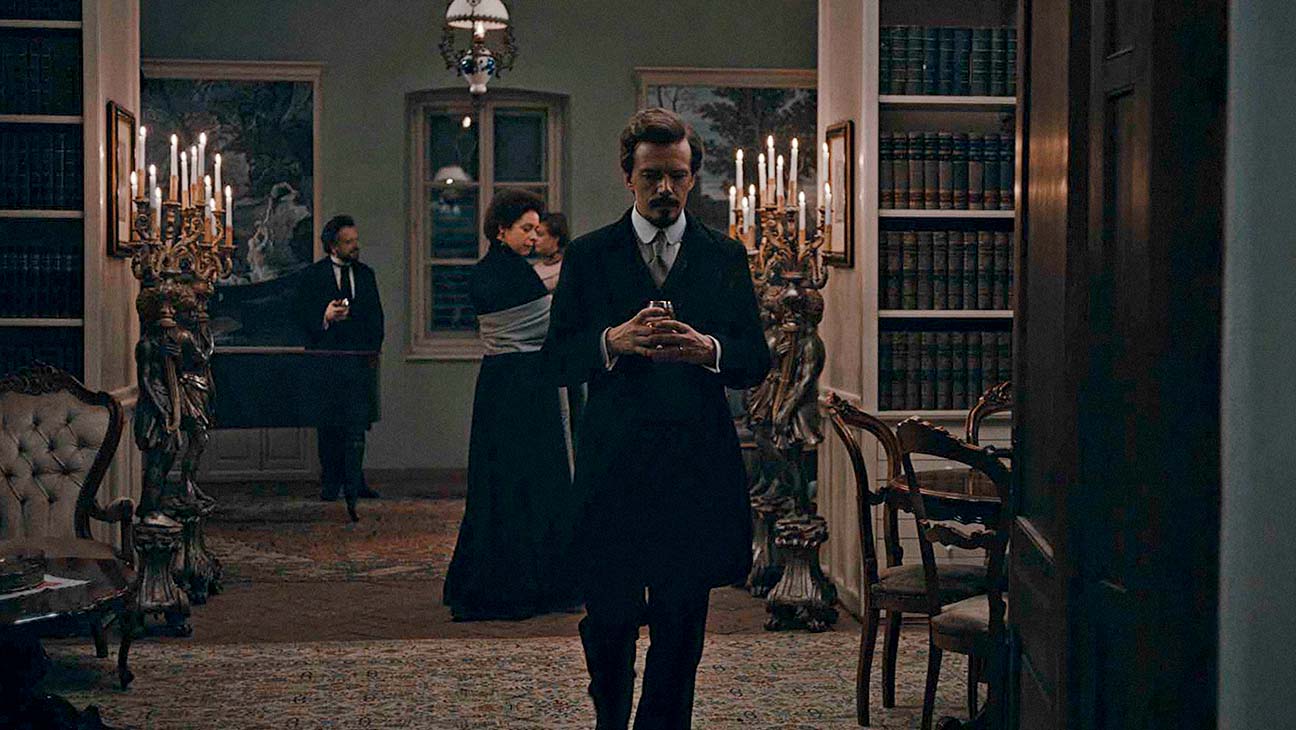 Shot by Tudor Vladimir and Panduru, the duo creates some interesting shots where they take the camera away from the speakers to the listeners or the people laughing or commenting sarcastically or even the landscape. The set dresser Dinica Tiberiu has designed the manor cozily yet richly. It is at once a place of comfort and wealth. Oana Paunescu’s costumes do not distract but sit easily on their elite talkers or their servants. The period effect is created as one may expect from a film like this one. Puiu won the Best Director at Berlin’s Encounters section last year but not without help from his magnificent crew.

While this might be a talking cure for the elites, what about the spectator or the audience, or the listener? My only complaint is with Puiu and his three editors? Was this necessary for the effect? If so, in both my viewings, 20 minutes were enough to achieve it. Enjoy the film in full, though, the elites talk well, discuss a number of things even if they do not solve them. Puiu has given you permission, and it is always fun to eavesdrop!