Cristi Puiu’s Stuff and Dough (‘Marfa si banii’, 2001) is often credited as the film that kicked off the Romanian New Wave cinema; a string of exciting realist cinema set in post-Ceausescu Romania [Nicolae Ceausescu was a communist dictator who was executed in the Revolution of December 1989.] While the communist elites got dispatched, they were replaced by a new set of elites, and basically, everything remains unchanged. The institutions plagued by the familiar epidemic of apathy and corruption. As a result, Cristi Puiu, Cristian Mungiu, Corneliu Porumboiu, and other emerging dynamic Romanian film-makers of the 2000s zeroed-in on narratives that depict the socio-political situation of contemporary Romania.

Cristi Puiu’s Un Certain Regard-winning second film ‘The Death of Mr. Lazarescu’ (2005), Cristian Mungiu’s ‘4 Months, 3 Weeks, and 2 Days’ (2007), Porumboiu’s ’12:08 East of Bucharest’ (2006) were some of the films that deeply scrutinized the corrupt atmosphere of the country, where the cameras freed from the tripod, enabled free access to the inner world of the characters. Comparatively, Puiu’s debut feature, Stuff and Dough doesn’t have such heavy socio-political layers. It starts off as a buddy road movie and transforms into a crime thriller, while all the way maintaining the low-budget aesthetics of an observational documentary. 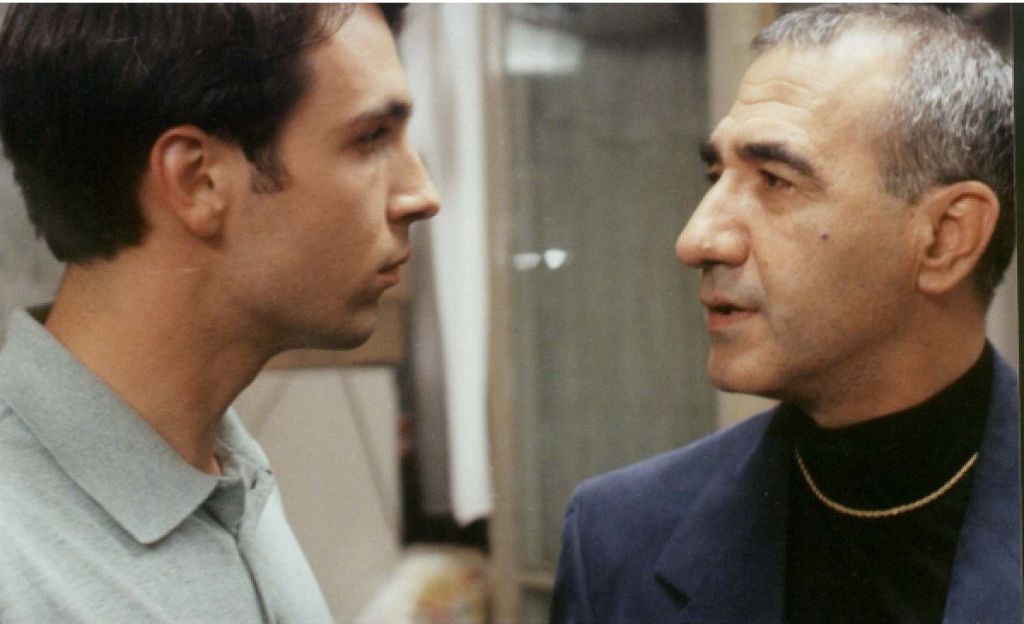 Written by Cristi Puiu and Razvan Radulescu (‘The Paper Will Be Blue’, ‘Child’s Pose’), the film revolves around young slacker protagonist, Ovidiu (Alexandru Papadopol) – Pink Floyd and Iron Maiden posters decorate his bedroom walls – who receives undoubtedly a large amount of dough (namely two thousand US dollars) to deliver some ‘stuff’ to Bucharest on behalf of a local gangster-type Mr. Marcel (Razvan Vasilescu). Ovidiu lives with his mom (Luminita Gheorghiu), dad, and invalid grandmother in a small, squalid apartment in Constanta. The family’s only income is from the sundries store that operates out of the front window of their apartment. Ovidiu hopes to save money from these trips in order to move out, and open his own shop with a full-sized freezer, instead of storing beers in a bathtub like his parents are doing.

Related to Stuff and Dough – Gueros [2014]: A Romantic & Insightful Take on ‘Slackerdom’

To make the 4-hour trip to Bucharest lively, Ovidiu invites his best buddy Vali (Dragos Bucur) and promises an even-share of the money. Vali brings his new girlfriend Betty (Ioana Flora) for the ride. Mom initially nags her son for going away instead of helping her with the store. But then since he is taking their white van she gives Ovidiu and Vali a long list of things to buy for the stall at the Bucharest supermarket.

The three young people slowly travel on Romanian back roads, bickering and laughing about trivial things, and gradually realize that their van is being tailed by a red SUV. When they pull over to find out what they want, the thuggish-looking men from the red SUV act violently, and the trio is forced to make a quick getaway. Ovidiu receives new instructions from Mr. Marcel on his brick-like mobile phone. The whole trip passes with the fear of spotting a red SUV. Although the character interactions carry certain lightheartedness, this small unsettling event reverberates till the end, denying our slacker protagonist self-preservation and deeply troubling his conscience. 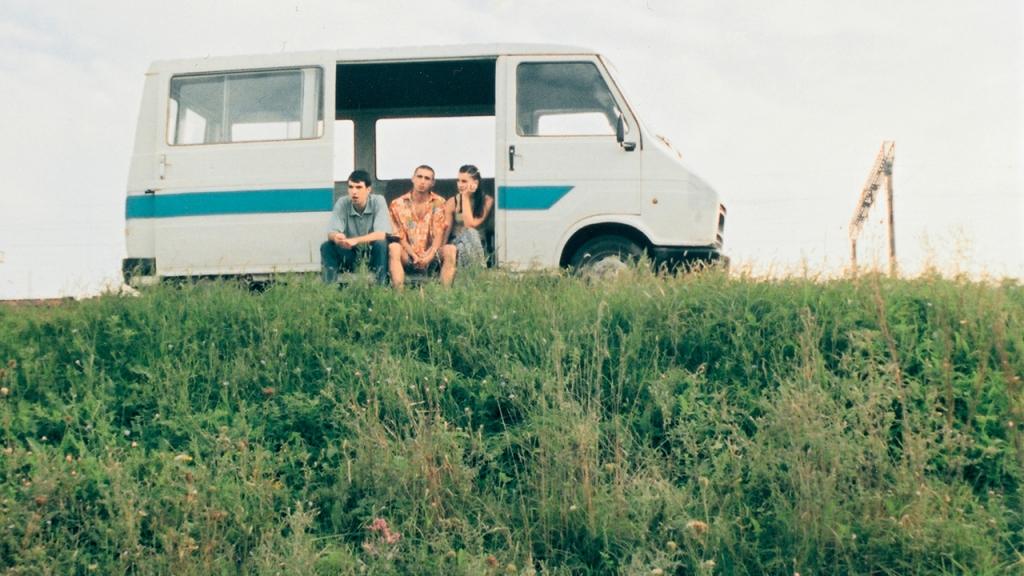 Cristi Puiu, who moved to Switzerland shortly after the 1989 revolution returned to Romania only in the late 1990s and made Stuff and Dough when he was 34. Puiu cites that he originally wanted to become a painter, but a chance viewing of Jim Jarmusch’s brilliantly low-key prison-escape drama, Down by Law (1986) forced him to pursue filmmaking. In fact, the easy, open chatter between the three central characters in Stuff and Dough also reminds us of Jarmusch’s another great early work: Stranger Than Paradise (1984). The film is set in a post-communist state where the people are slowly embracing the competitiveness of a market economy that assures economic well-being in exchange for a stomaching a little bit of gangster-ism, crookedness, and violence.

Puiu’s Ovidiu in Stuff and Dough is shown to be rootless and naïve who has only heard about the monstrosities of communist dictatorship while slogging through the muck of post-communist Eastern Europe and simultaneously seeking the good graces of necessary evils like Mr. Marcel. Radulescu and Puiu’s script never openly censures the modern day Romania. But we pick up threads of the characters’ frustrated feelings through their mundane discussions on pot-holed roads, America, rising prices, etc. The duo has also got a sharp ear for establishing the natural ways young people tease, challenge, and reconcile with each other.

Also Read: I Do Not Care If We Go Down In History As Barbarians [2018]: TIFF Review – ‘Critique of Pure Reason’

Cristi Puiu’s unadorned aesthetics duly penetrates the private, cloistered space of the characters. The director’s preoccupation with constructing reality by depicting everyday happenings (full of non-spectacular details) perfectly immerses us into the constrained social space. Even though Puiu maintains a certain observational distance, his camera is mobile and jittery unlike the fixed long shots and steady takes of his later works. The camera’s kinetic, exploratory form permeates the whole narrative, focusing on every little movement within the enclosed world.

Subsequently, the focus on every gesture also reveals the psychological situation of the characters. This is evident in the earlier sequence that’s set inside a kitchen, where Ovidiu’s mother feeds the grandmother when she is interrupted by Ovidiu questioning about finding clean shirts. Amidst the cacophony of voices, there’s due concentration on the mother’s physical and emotional fatigue. And for the most part of the sequences unfolding inside Ovidiu’s van, the handheld camera turns into a hidden passenger, divulging the trio’s trepidation, contentions, and little joys. Both the writing and aesthetics also flawlessly balances the conflicting notes in the narrative, as it constantly oscillates between mundane, funny, and bleak tones.

Overall, Stuff and Dough (90 minutes) tackles the familiar subject of how hefty prices are demanded for speedy access to autonomy, but it does so by subtly navigating through the grim social realities of Romania.