The reaction after finishing Sorcerer usually ranges from astonishment at the technical expertise you see on the screen, complete and utter awe in looking at an adventure movie, and then exasperation in realizing that the quintessential 70s film-making masterpiece comes out during the year that a little sci-fi fantasy movie named “Star Wars” comes out and completely changing the western movie landscape for generations. If you weren’t watching Star Wars in ’77, you were watching Smokey and the Bandit, which basically forces Sorcerer to be on the back-burner.

That is a crying shame, because Friedkin, in remaking the 1953 french action thriller “The Wages of Fear” creates a trance-induced background-scored grubby dirty picture, perfectly suited for his film-making style. That grubby down and dirty identity of Friedkin is evident ever since the movie shifts completely to Latin America. Poverty porn is a thing, absolutely, but what Friedkin does is create a sense of place and much-needed context, an air of desperation hanging over all the four protagonists, whose backstories are given to the audience in the opening half-hour, and that is the one critique of the movie I have.

Related to Sorcerer – The Club [2015]: The Spiritual Punishment

Shot as four separate vignettes strung together by editing, the backstory segments are responsible for the snagging of the pace in the movie, and while it feels as overly critical on my part, sometimes simplicity is the best option here, primarily because Friedkin avoids exposition dumps, letting the story unfold as the saga in Central America slowly begins, so literally doing an exposition dump, where the vignettes could easily be excised, the audience getting to know the characters only by their circumstances, would have been a fascinating choice. 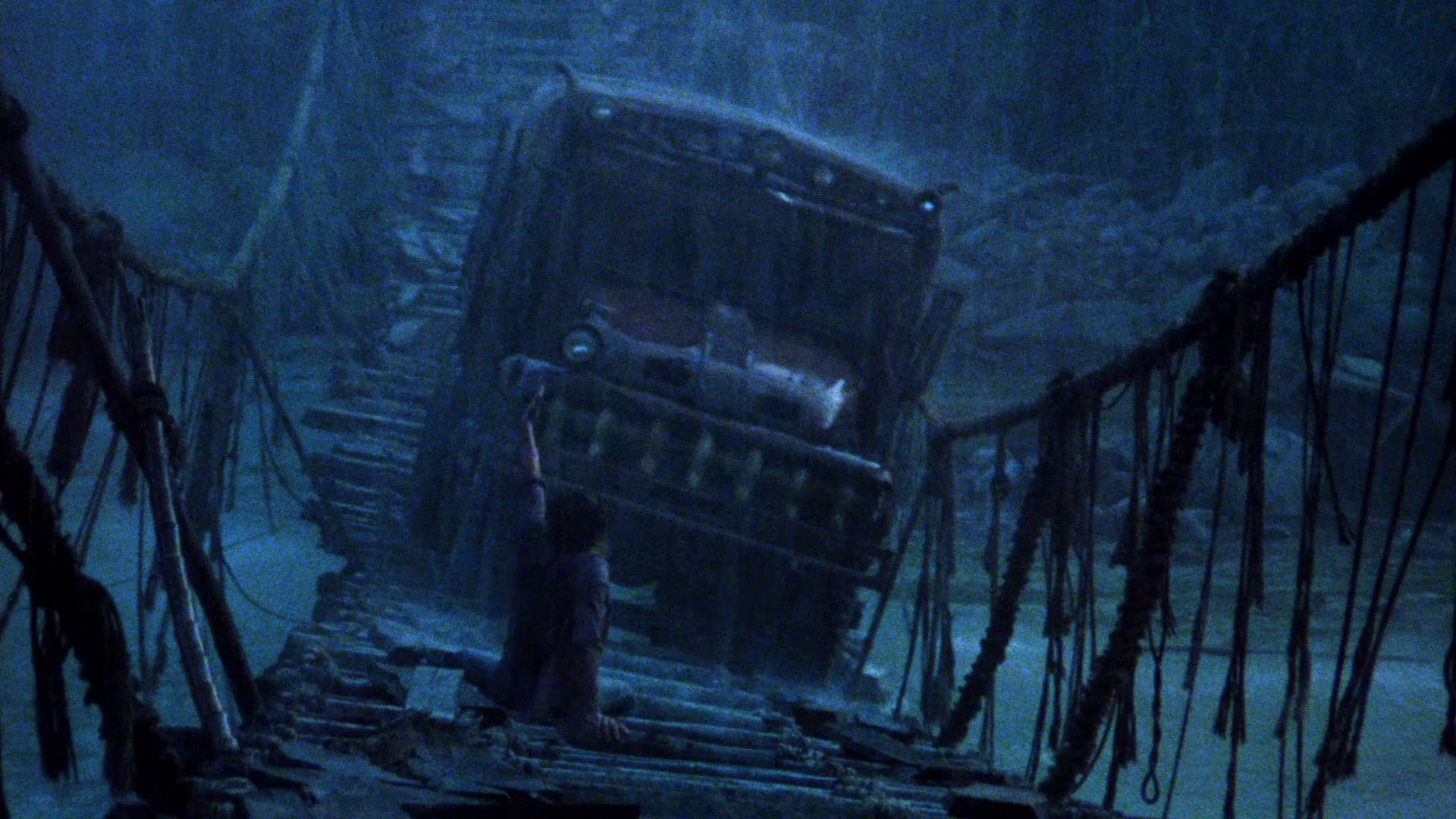 But then again, Sorcerer truly works as a commentary on fate. Friedkin’s response on the futility of running away from one’s fate is present, both in the physicality of the entire plot – each of the 4 protagonists take this dangerous job of transporting nitroglycerin through the treacherous jungle, and as a means of escaping from this place of “escape” in and of itself – a delicious irony which permeates throughout the film. But none of them are truly successful in that endeavor, and this pessimism truly becomes a trademark of “Sorcerer” and Friedkin himself, throughout his filmography.

The set-pieces and action sequences are the highlights – transporting of the explosive carrying trucks through a rickety timber bridge, amidst the storm and treacherous jungle foliage, is a technical masterpiece, every sequence is taut, every shot selection and edit is done to increase and ratchet the tension up by 11. While the overall sequence strains credulity, it just has to feel realistic enough, and the fact that any vibration would cause the truck to explode, talk about concrete metaphors. What is impressive is even after the ending of that sequence, Friedkin doesn’t let up – the difficulties facing these four tough but desperate men are varied, and the irony just establishes itself with a vengeance by the end of two of these protagonists in as unceremonious a fashion as possible. This pessimistic streak is maintained till the end, and credit should be given to Friedkin and editors Bud Smith and Robert K. Lambert for successfully continuing the tone. And Tangerine Dream’s score is definitely a highlight, not taking over the movie, but definitely an integral part.

Similar to Sorcerer – The Wailing [2016]: Killing them diabolically

If you can power through the four introductory vignettes until the plot shifts to Central America, what you get is an exercise in technical expertise in film-making by Friedkin, with strong understated physical work by all four actors. This movie deserves more recognition, a true blue classic.

Songs My Brothers Taught Me [2015]: ‘MUBI’ Review - Chloé Zhao’s Debut Is a Sincere and Striking Piece