Pan Nalin’s Angry Indian Goddesses (2015) is not the revolutionary film it sets out to be. Yet, it leaves a mark, for there are seven leading ladies, who aren’t only beautiful, but are also a racing alert for the ogling male entity that they can fire-up on all cylinders if the fuel is all filled up and its a left hand drive. If you are expecting a reply to Luv Ranjan’s Pyaar Ka Punchnama, where these girls will monologue you till your face fall off, you will be disappointed. While it does have its share of male-bashing, Pan Nalin’s film is more mature. It flags the women as their own enemies who don’t stand for each other.

Angry Indian Goddesses opens with brilliantly cut montages of the women from different walks of life ripping the male chauvinists to shreds. There is Jo (Amrit Maghera) who is immensely out of depth about the cliched girl roles in B-movies. Frieda (Sarah-Jane Dias), a photographer who has had it with the silly jobs the world of modelling has to offer her. Mad (Anushka Manchanda) the long legged, fierce singer who will not sing ‘Beedi Jalaile’ all her life just because the niche music lovers can’t appreciated the true art she has to offer. Suranjana (Sandhya Mridul) the self-made women who is tired of getting her employees to understand her decisions. And finally there’s Lakshmi (Rajshri Deshpande) who can’t enjoy her Dabanggy-swag without being hit by random motorcycle-waalas on the street.

Frieda is getting married and that leads to all the friends gathering at a artsy home in the very beautiful part of Goa. But they don’t know who is the groom yet. Frieda is not going to reveal it soon, either. Enters Nargis (Tannishtha Chatterjee) who has issues with Suranjana. What follows in Angry Indian Goddesses a stride down memory lane for the women who are trying to stay float through all the possible cliché that could have a say in a female-buddy film. They laugh, cry, ogle over men, fight, bitch, gossip, pluck nails, go to spas, dance, sing, drink & ask the fellow women to roll a joint when things start getting heavy. 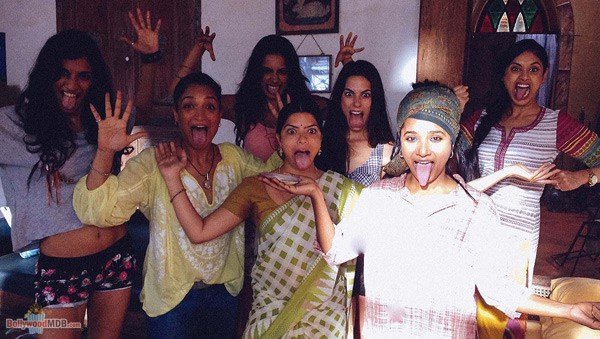 “People who wear torn clothes, have torn lives too”, says a character in the film. Its only a matter of fact when we see their skins pealing off to show the various ups & downs these women are going through. The problem is the same. It’s the age old belief that women are never allowed to write their own stories. Pan’s film investigates through a series of things, mostly the things that are still afloat in India without getting noticed. Unlike most Bollywood films that center around women, the greatest strength of Angry Indian Goddesses is the ability to peel off the inner most layers of the psyche of a women along with the layer above it.

What we have seen in the very few Indian films that deal with women is just the things that are sanely visible to most of us. Angry Indian Goddesses actually digs deeper. Through the various witty remarks & sharp dialogues that mostly work because of the terrific people who lend their voices to it. In this way, Angry Indian Goddesses does what most of Indian Films don’t do, i.e being realistic and brave in the message they want to offer. The only problem is the filmmaker complying to the Indian Censor Board demands, and the convoluted second half. This later-half focuses too much on making this a revolutionary narrative while failing miserably because of tedious mishaps of everything.

Right from the start of Angry Indian Goddesses we see Pan Nalin feeding us with tid-bits of things that are to follow. Making it seem quite convenient for him to wrap things up towards the end. Even though the film has to offer tons of drama, the overall strength is brought down by such conveniently placed resolutions. Pan has also tried to shoe-horn a lot of social commentary into the second-half which more often doesn’t work.

Having said that, Angry Indian Goddesses focuses on very small things that leave a mark instantly. The women don’t wear any make up after they reach the home. The space is sort of a get-away for them. The freedom they enjoy can be seen in the occasional tears & genuine laughter. The chemistry is absolutely brilliant. Even in its darkest moments the film works exactly on the line it should have. There is enough nostalgia & feeling of free-spirit that might have anyone, especially women going head over heels over this film. 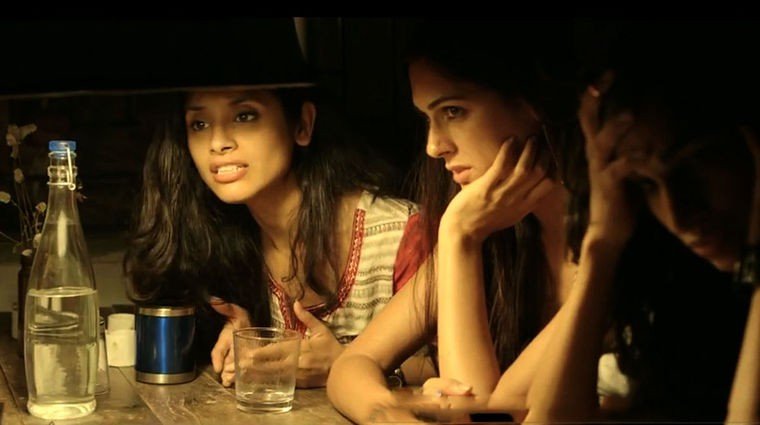 I was really unhappy that in spite of being a film about standing for oneself, Pan Nalin’s  film does not stand the test of The Indian Censor Board. I would have loved to see him approaching the wider release in a different way instead of letting the Censor chop off his art. But despite being inconsistent, Angry Indian Goddesses is an important film that should be seen, just not in a theater near you.

The 400 Blows [1959]: An unsentimental film about Adolescence