In Lara Jean Gallagher’s “Clementine” – a noxious young girl named Karen (Otmara Marrero) is reeling from a one-sided love affair’s eventual pitiful. Unable to perceive what needs to be done, she jumps on a hunch and drives all the way from LA to her ex’s lakehouse in the Pacific Northwest. She is in a state of complete distress and uncertainty and pretty much everything she does is based on impulse. This is why the film never really charges into what it wants to say and or settles for you to give it a nudge. This is especially frustrating because Gallagher maintains a kind of dreamy gaze throughout her film only to come out of the other side without saying anything deep in particular.

The film opens with Karen watching a video-clip of her ex – the almost impenetrable presence of a said ‘D’ (played by Sonya Walger who only shows up briefly later in the film). In the video clip, a much younger Karen reaffirms D that she will never leave her side or break her heart. Soon enough, the audience is made aware that it is Karen whose heart is broken by the older woman she had loved dearly. As she aimlessly unravels her life, ending up to the aforementioned lakehouse, the memories keep coming back to her. The lakehouse has an exquisite interior. The ex-lover who is supposedly a renowned artist has left Karen with a sense of confidence issues.

We see her lurking onto similar places in the house before stumbling onto a revolver. Karen’s lack of purpose in life leads her to think of her options. She isn’t ready to take that final step yet. Hence, she scavenges through her time there by scribbling some art of her own. Gallagher maintains a sense of ambiguity in what is actually going on in her protagonist’s head. It is the only thing that keeps “Clementine” afloat in spite of its eventual frustrating outtake as a sense of cluelessness. The other essential aspect is a budding friendship cum attraction she develops for a younger lolita-esque Lana (played by Euphoria breakout Sydney Sweeney). Sweeney is a fascinating character who draws the most interesting introspections from the viewer’s end. There is a constantly shape-shift of power in the film that is charged by memories, attraction, and above all manipulation. 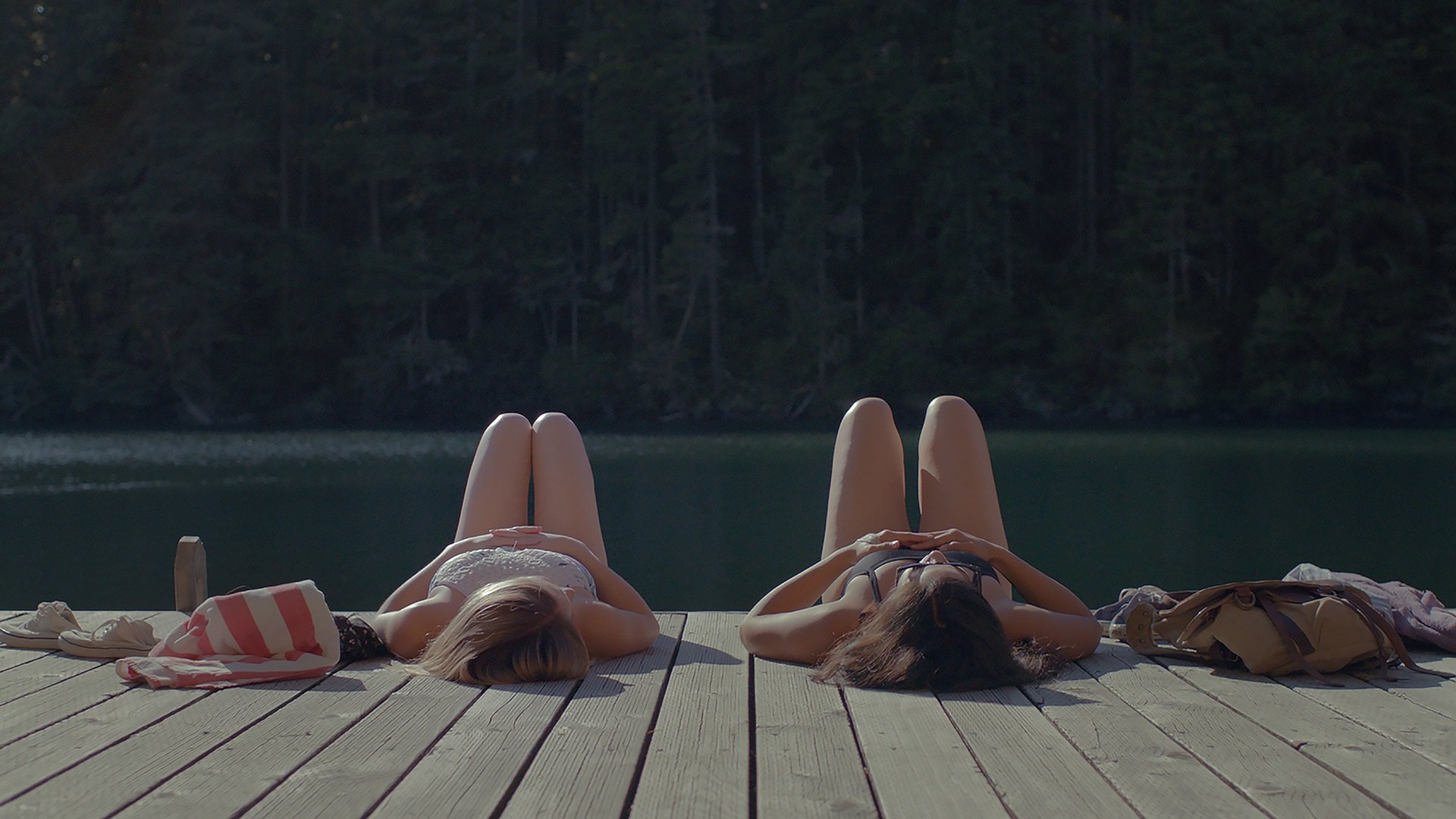 The tone of Lara Jean Gallagher can remind you of Ingmar Bergman’s masterpiece “Persona.” Wherein, Karen’s identity is a split of what she has witnessed to date and how she wishes to be in her future. She is constantly on the urge of convincing Lana that she is young and her tryst to act in LA might end with people taking advantage of her naivety. However, in some ways, it is also an internal conflict that Karen faces here that harkens back to the haunting realizations of Sophia Takal’s fascinating “Always Shine.” While “Clementine” never manages to rise to the highs of either of the two, it has a few essential themes that it superficially investigates.

There is, of course, the all-inclusive struggle to be the boss in a relationship. When Karen is attracted to Lana we see her spouting D’s words. As if she is trying to charm the girl into believing in her carry over philosophies. The struggle is to push down the hurt that has been inflicted on someone. Much like real life where we try to implicate our heartbreaks onto the next person we meet, “Clementine” uses the metaphor of peeling the fruit only to be snatched away before it’s consumed. It’s an interesting analogy that Gallagher wishes to convey with her interplay between these women. However, these themes are put to the foreground in the lure of making this ‘erotic-thriller’ get consumed by how interesting the other happenings around them collectively drench us into.

The narrative is told as a mood-piece that doesn’t conjure up enough energy to ever hit us with the notes that are relevant. The idea of putting these women in a quagmire of self-introspection to see who the ultimate winner is good only when the meaning it wants to covey ever comes out legibly. This is why “Clementine” ultimately falls flat as a thinly written piece about modern relationships turning sour.

The Half of It [2020] Netflix Review: A charming and breezy coming-of-age love triangle