Persona is a 1966 horror psychological drama directed by Swedish filmmaker Ingmar Bergman. The story revolves around an actress named Elizabeth who during a live performance of ‘Electra’ becomes mute and is cared for by a nurse named Alma. Throughout the film, it is made clear to the viewers that perhaps the characters of Elizabeth and Alma are the same person with two detached personas embedded.

The film begins in the most experimental manner one could imagine. The opening scene comprises of the imagery of a camera lamp bringing visual images to life such as scenes from earliest days of cinema which merits an understanding that Bergman aims to return to the purest roots of cinema and in doing so intends to imply the psychological toll that actors (in this case, Elizabeth) had to undergo during film making. The sequence also involves the imagery of a boy (possibly Elizabeth’s abandoned one) who uses his hands, a recurrent motif, to caress an imposed image of his mother in his bid to understand her.

Elizabeth is an established actor. Her character could be surmised as a tortured artist, reminiscent of Vincent Van Gogh who in a fit of rage severed his left ear. But unlike Gogh, Elizabeth does not resort to violence to assuage her fear and frustration which stems from her crumbled marriage and an unwanted child. She covers her fear and anxiety through her mental decision of staying mute. Her torments are epitomized in the twilight sequence wherein Alma turns on a music player for Elizabeth and leaves the room. The POV shot which follows next best captures her inner anxieties which she can allay through music, a brief lull which soothes her heart and mind.

Another scene which merits attention is the one wherein Alma just goes to sleep and Elizabeth walks into the room which astir the former who goes to her and begin caressing, the two look into the mirror or maybe towards us; the viewers, in what could be considered a breaking the fourth wall moment; and brush each other’s hair. Next day we see Elizabeth and Alma on the beach. One woman in profile while the other through a close-range shot. What is awe-inspiring about this beach-scene is that both the actors look similar which again gives a shot in the arm to my belief that Alma and Elizabeth are one. 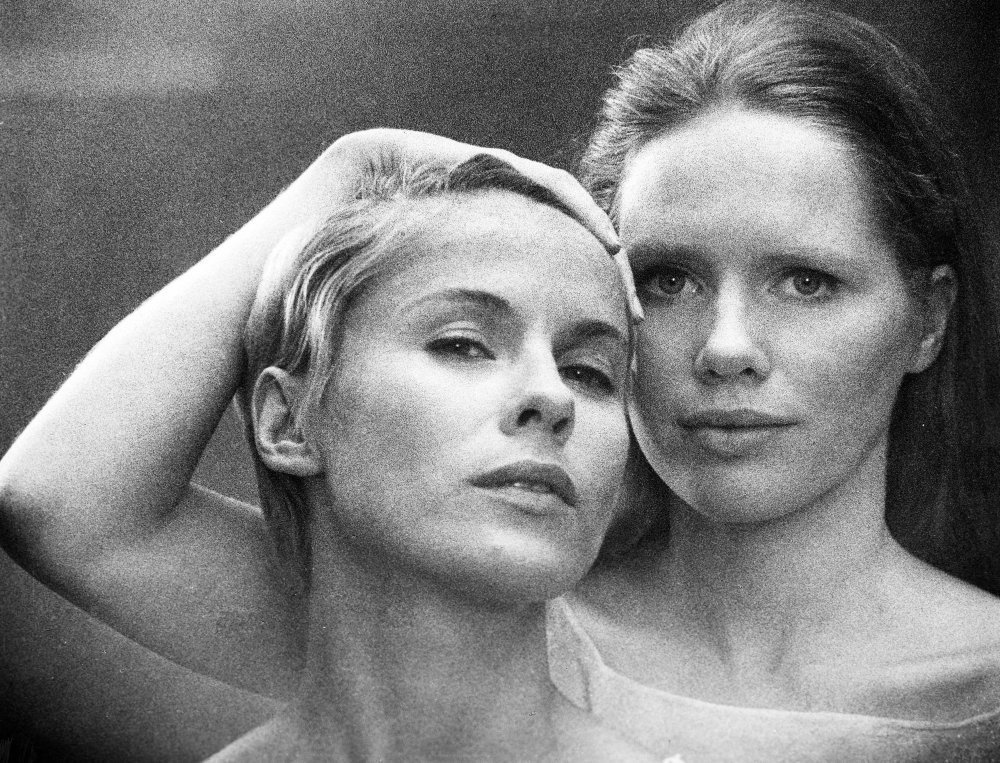 Alma is everything Elizabeth couldn’t be. She has an affinity for her job, she loves her husband and most importantly she averted an unwanted birth. She is Elizabeth’s ideal self. According to Jungian philosophy, if there is a huge gap between a person’s ideal self and real self, then it could lead to disruption in life and bouts of depression. The film drew heavily from Carl Jung’s theory of Persona wherein it is described as “a kind of mask, designed on the one hand to make a definite impression upon others. And on the other to conceal the true nature of the individual.”

Although it has been five decades since Persona’s release, the film remains an enigma. Reams of books have been written on the film with several film scholars hailing the film as a ‘Mount Everest of cinema’. Film historian Peter Cowie was reported as saying that “everything one says about Persona may be contradicted; the opposite will also be true”.

Whether what I infer about the film can warrant a serious reading or not, I cannot tell.