Ingmar Bergman wrote the screenplay for Persona (1966) while he was in the hospital recovering from physical illness and was also being treated for depression, as a way of keeping himself in the creative process. Persona is paced well, has impeccable lighting, and seamlessly cuts from one close up to another. That’s the easy bit. Dissociation and Identity in Persona are the real themes.

Even in its smoothness, it jolts you and forces you to immerse yourself in a never-ending slideshow of confessions, shadow play, subliminal messages, and visual poetry.

The film is about an actress who falls silent and the nurse who is assigned to take care of her at a remote house by the coast. What starts off as a therapeutic vacation for both, soon turns into a game of clashing and conjoining of two people who seem to eventually speak in one voice. The opening sequence, a total of seven minutes long, features cinematographer Sven Nykvist and Bergman’s trademark minimalism – a boy reaching out to a blurry and indistinguishable image of a face which looks like both the nurse’s and the actress’. This is followed by violent cuts to nano-second visuals of ghosts, animals, genitals, violence, blood, madness, and more before really throwing us right into the plot. The doctor’s interactions with Alma (the nurse), and Alma getting to know Elisabeth (the actress) are like a drumroll to an oncoming storm of two personalities. 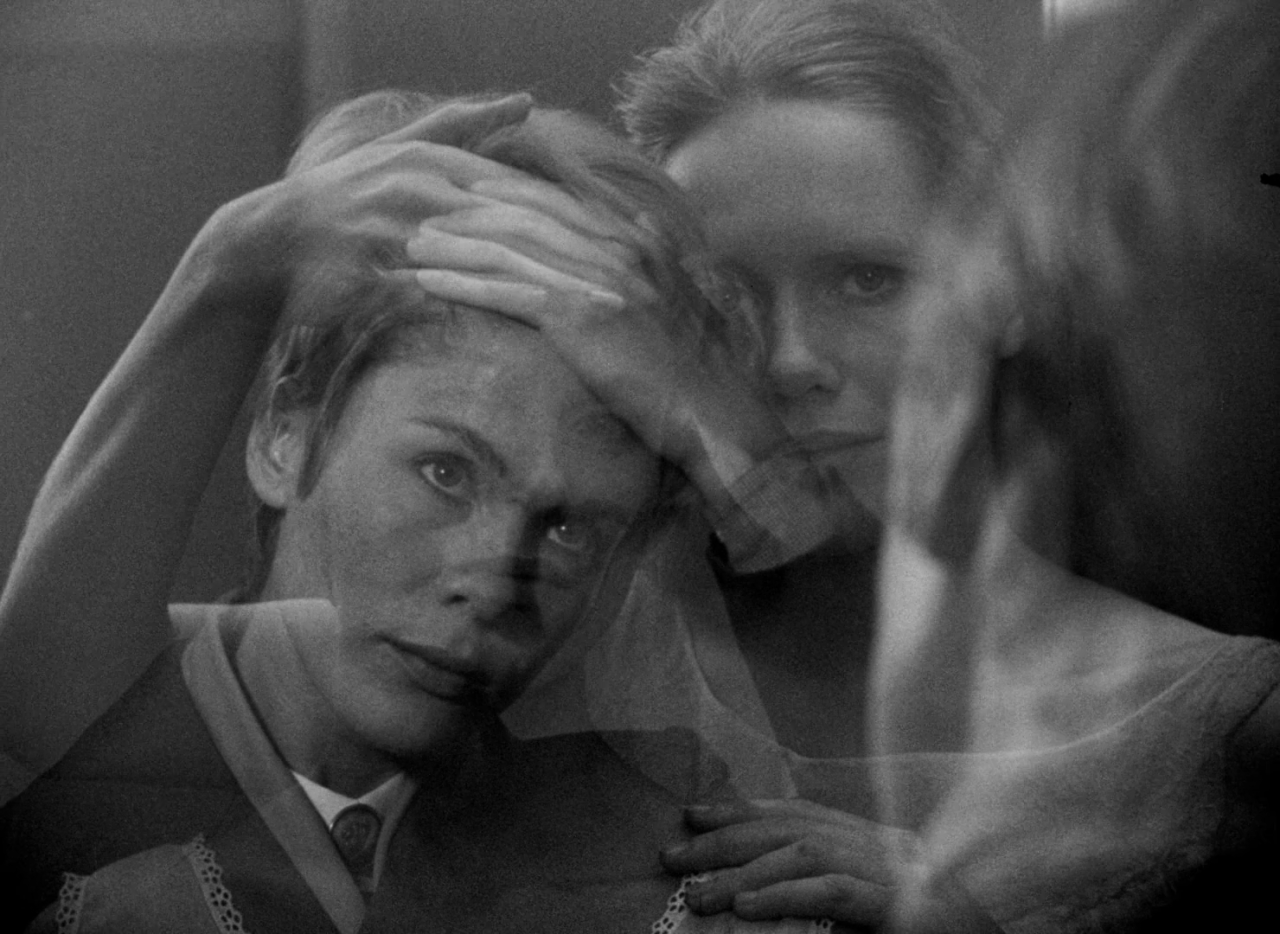 Alma initially keeps her distance but becomes comfortable with Elisabeth’s silence and soon uses it to reflect on her own life’s experiences, some of them twisted and morbid. Once she realizes exactly how much she has given away, she begs for a response and ends up even crying and throwing childish tantrums. She sinks into the silence and her words just become noise; this catalyzes the mixing of the two.

Related to Dissociation and Identity in Persona – Pratidwandi: How Satyajit Ray’s Film Explores The Rapidly Changing Façade of Calcutta

Elisabeth is eerily patient and sensitive to all of Alma’s reactions but studies her like a subject and tries to emulate her like an actress practicing for a role. They acknowledge the possibility of one becoming the other, but Alma is worried about the disastrous consequences. The way the film gives away Elisabeth’s supposedly hidden intentions is astonishingly obvious. In several scenes, their faces often overlap, they are physically very close to each other and close up shots of their silhouettes often trick the audience into trying to guess which shadow belongs to whom. Dissociation and Identity in Persona are explored in ways that feel like a submergence of either.

Isolation is just a starting point, a playing field where the experiment takes place, and increasingly close physical proximity is a trap that makes sure neither of them can escape. The result was always inevitable. Their similar reactions at having both lost their chances at motherhood, feeling emotionally overwhelmed about big historical changes in the world, namely the Vietnam War and The Holocaust, and their need to define themselves by forcing the other to either use words to reveal their respective truths, or separate themselves from the world by resorting to silence is terrifying to watch because for any viewer it is too difficult to tell when they are clashing and when they are embracing. It is tough to identify specific scenes where they have progressed or regressed in stages of this experiment and the ending is far from satisfying.

But if satisfaction is what one is looking for, that is, satisfaction knowing that all the world’s a stage and that one can play the role assigned to them to their best capability, Bergman is anxious to tell you that you’re living a lie. 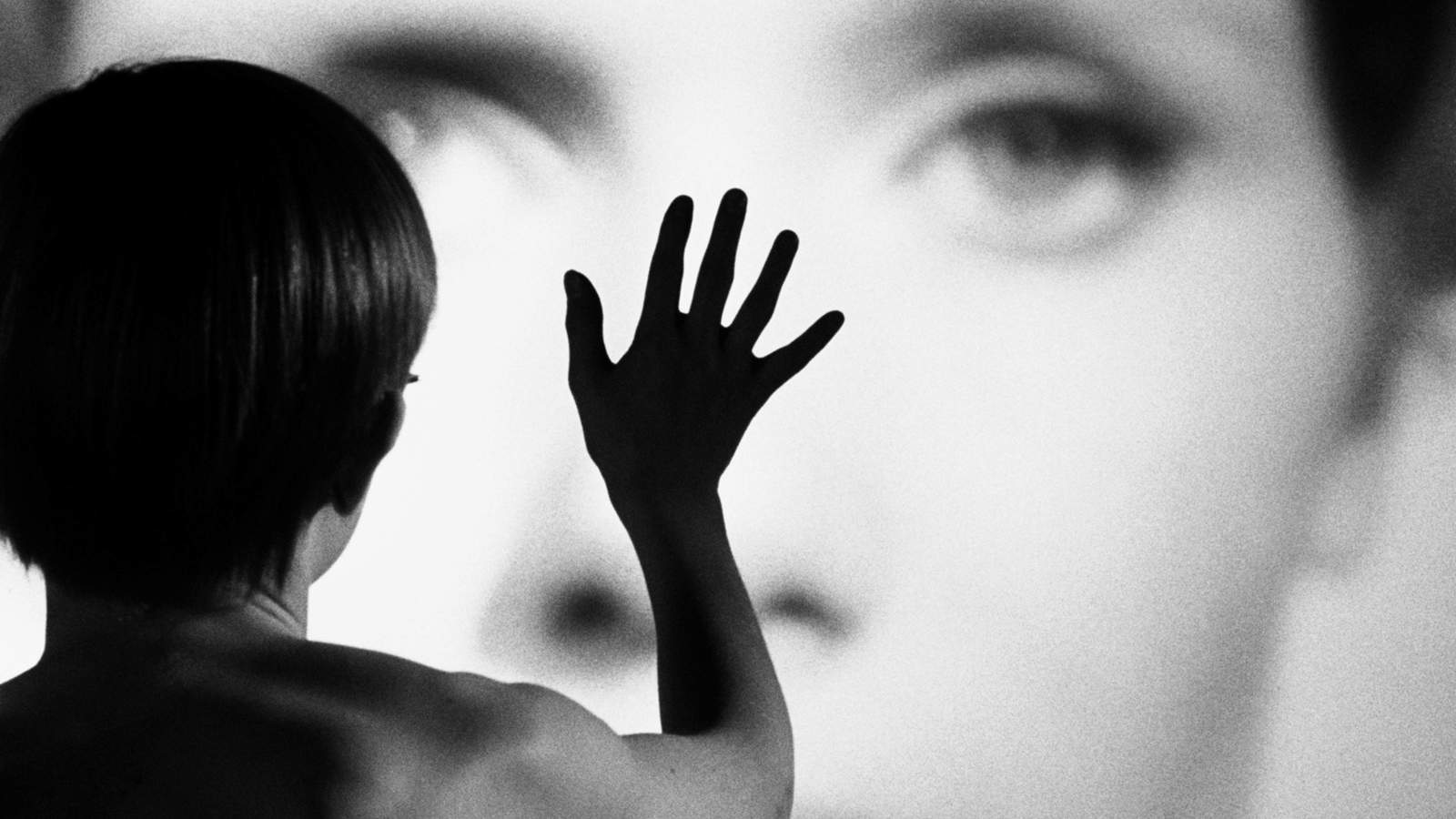 The self-reflexive parts of the film are so severe that at one point in the film, the celluloid of the reel seems to burn, and they say that the makers had to attach notes on the canisters of the reels informing the projectionists that it was part of the film and that the film wouldn’t actually burn.

It is easy to label the film as a meditative psychological thriller, but I think the respectable parts of the film are the ones that acknowledge the sour and bitter facts that people (in this case, women) can be awful to each other. And often, the choices we make come back to haunt us and affect us in ways we can’t understand until we look in a mirror. Alma and Elisabeth found a mirror in each other, but Bergman just doesn’t stop there. He then asks, how far will people go to rectify what they see in the mirror? The separation of the person and image is limiting and thus they hold each other, scratch each other, and at one point even slap the other. To project one’s self onto another is dangerous and is as good as eliminating parts of your own self. What remains is nothing, so there is no choice for either but to just become the other.

Persona, which happens to be the Latin word for the masks that theatre artists wore on stage, explores the disintegration of two different people. But then it implies that perhaps they were always one. Or that instead of melding into one, they could have switched places and taken on the other’s mask.

I also think that this experiment (apart from Bergman’s self-confessed cinematographic experiment) is stunning. It will leave you feeling a little afraid of looking at yourself or thinking about yourself for a while. I think a little bit of non-introspection is good sometimes.